The exhibition André Cadere Conceptual Documents 1972-1978 is a monographic project which aims to recover an important Romanian artist, internationally recognized as an original exponent of conceptual art (1967-1978), but very little known by Romanian scholars and the Romanian public.

The curator Lynda Morris met André Cadere in 1972 and developed a close relationship with him that continued throughout the last years of the artist’s life.

André Cadere Conceptual Documents 1972-1978 offers a chronology of André Cadere’s exhibitions, appearances, walks and lectures during the last six years of his life. This major piece of research shifts the focus away from his Round Bars of Wood (1970-1978) as objects, and instead focuses on the meanings evident in the printed documents (gallery invitations, notices of lectures and mailings to other artists such as Harald Szeemann, Gilbert and George or Daniel Buren and personal notes), and a previously unpublished audio interview conducted by Lynda Morris for Studio International in 1976 and short films that record Cadere’s actions and social relationships.

The actions of Cadere centered on appearances with his Barres de Bois Rond, which he presented in galleries, museums, biennials, appearances at public sites and at the openings of renowned Conceptual artists, constituted a provocative approach towards art’s dependence on context. The correspondence and documentation around these interventions and his interactions with other artists, gallerists, collectors and critics serve as important sites for Cadere’s ideas, providing particular insight into his thinking around the politics of space, both social and institutional, against the backdrop of the economic crisis of the 70s.

This exhibition is organised by TRIADE Foundation and Timișoara Art Encounters. It is presented with the endorsement of the Estate of the artist and Galerie Hervé Bize in Nancy and with support from Herbert Foundation in Ghent.

André Cadere (Andrei Cădere) was born in Poland in 1934 during his father’s diplomatic mandate, but grew up in Romania. He managed to leave for Paris in 1968 and until his early death from cancer in 1978, Cadere was a nomadic presence in the European art world. He was best known for his Round Bars of Wood – long poles made of coloured wooden cylindrical units that he started making in early ‘70. The colours on each rod were arranged according to a system devised by Cadere, yet each stick contained one anomaly, as he succinctly put it, “My art is the situation of my work in the art world.” Cadere regularly disturbed the status quo by carrying the bar close to his body everywhere he went and by bringing his bar to the openings of other artists, whether he was invited to do so or not.
(Image above: ‘André Cadere on the day of his lecture ‘Espace et Politique’, Gallery Elsa von Honolulu Loringhoven, Ghent, December 17, 1975. Courtesy of Herbert Collection, Ghent) 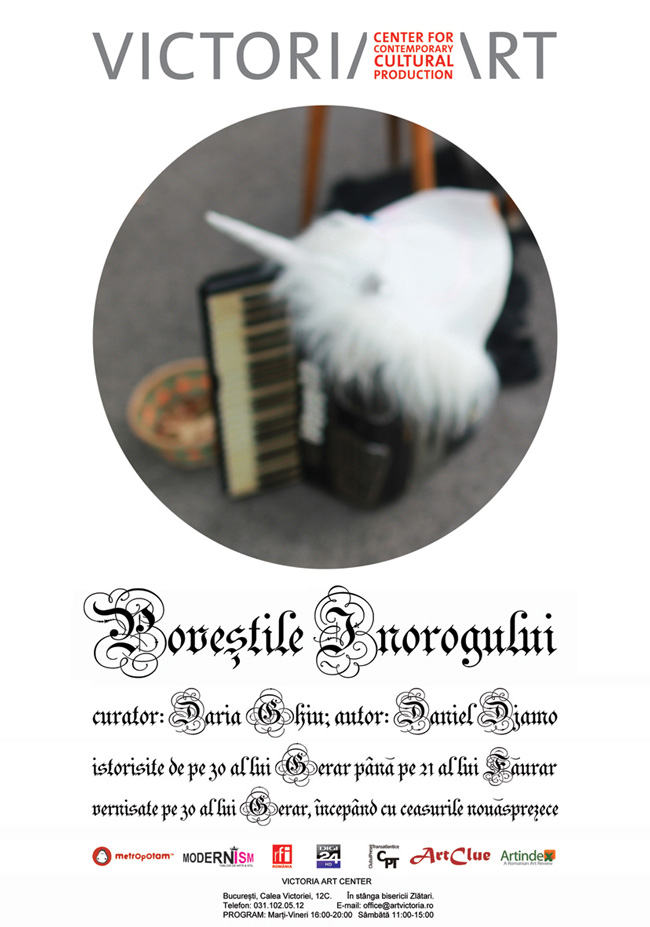