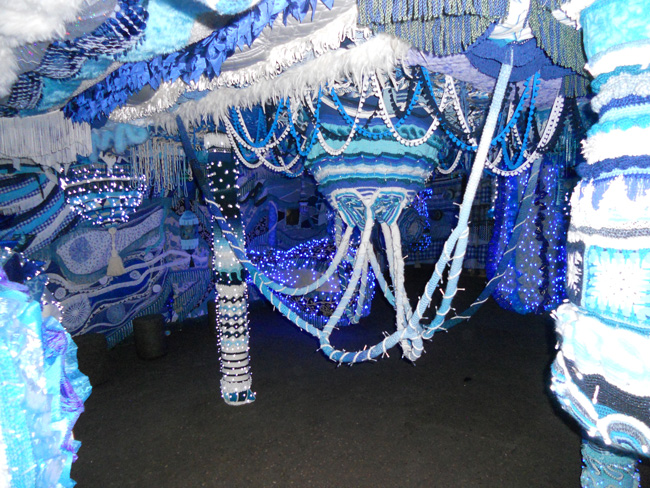 For Portugal’s participation in the 55th International Art Exhibition – la Biennale di Venezia, the artist Joana Vasconcelos and the curator Miguel Amado will present Trafaria Praia, a project in which a cacilheiro, or Lisbon ferry, is transformed into a floating pavilion and artwork. The commissioner of the project is the Direção-Geral das Artes, a Portuguese state agency operating under the auspices of the Secretário de Estado da Cultura, Governo de Portugal.

Project
The Trafaria Praia project addresses the commonalities between Lisbon and Venice, cities that both historically played roles in broadening the European worldview during the Middle Ages and the Renaissance. It looks at the contact zone between them today by considering three aspects they share: water, navigation, and the vessel. Vasconcelos sets up an allegorical correspondence between the cacilheiro, or Lisbon ferryboat, and the Venetian vaporetto. In Lisbon, the cacilheiros are a familiar sight on the River Tagus, carrying commuters to the city. They have blue-collar and middle-class associations, and thus have become politically charged social symbols.

Floating Pavilion
Portugal does not have a pavilion in the Giardini, so, rather than seeking a venue elsewhere in Venice, Vasconcelos and Amado decided to bring to Venice a cacilheiro, the Trafaria Praia, and present it as a floating pavilion. It is intended as an idealistic gesture—a metaphorical circumvention of the power struggles that mark international relations today. The Trafaria Praia will be moored next to the Giardini’s vaporetto stop and will sail around the Venice lagoon at regular intervals daily.

Artwork
The ship has undergone major transformations. Vasconcelos is covering its outside with a panel of Portuguese azulejos (hand-painted, tin-glazed ceramic tiles) that reproduces a contemporary view of Lisbon’s skyline. This work takes its inspiration from an azulejos masterpiece, the Great Panorama of Lisbon, which depicts the city before the earthquake of 1755. On its deck, the artist is creating one of her signature-style environments of textiles and light—in this case, organic forms made of crocheted fabrics and LEDs—that will envelop visitors in a womb-like atmosphere. On its quarterdeck, she is installing a stage in which various Portuguese art-related public programmes will take place.

Joana Vasconcelos
Vasconcelos is a commentator on the real. She investigates the present through a critical reading of Western mythologies and iconographies. She explores mainstream values, habits, and customs in order to examine personal and collective identity with respect to gender, class, and nationality. Her practice involves appropriating everyday objects and meticulously re-elaborating them, often calling upon artisanal techniques affiliated with female labor and employing craft-related materials such as textiles. In the process, she assigns new meanings to the items she transforms, reflecting on the tensions between high and popular culture, the private and public spheres, the local and the global, tradition and modernity.

Miguel Amado (b. 1973) lives and works in Barcelona and Lisbon. He has been a curator at Tate St Ives, UK; Fundação PLMJ, Lisbon; and Centro de Artes Visuais, Coimbra, Portugal. He has had key curatorial fellowships and residencies at Rhizome at the New Museum, Abrons Arts Center, Independent Curators International, and the International Studio & Curatorial Program, all in New York. He has also curated exhibitions and projects for institutions such as the Museu Coleção Berardo, Lisbon; apexart, New York; and Frieze Projects at the Frieze Art Fair, London. 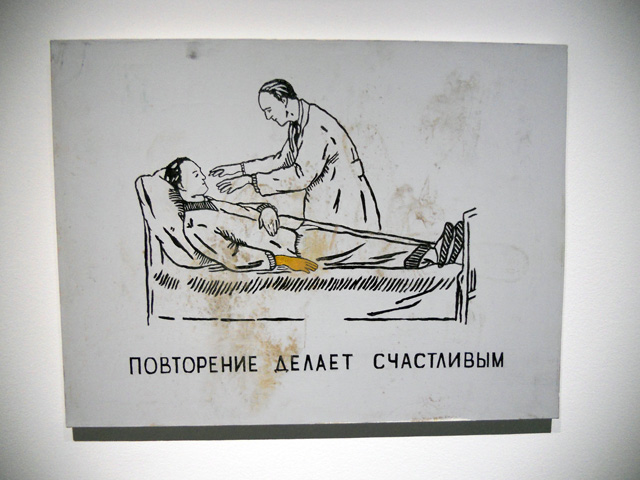 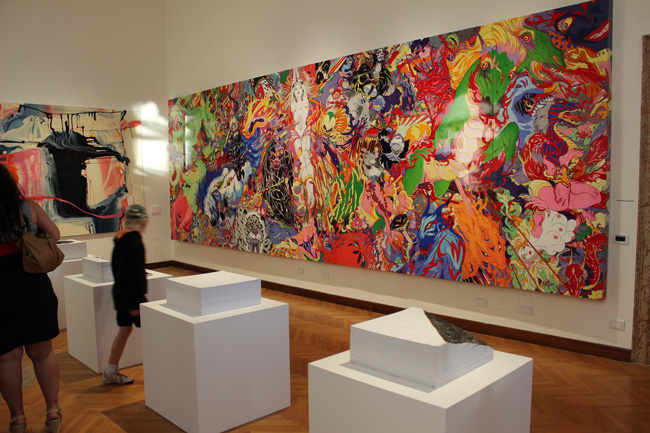