The Japan Foundation is proud to announce the artist Tabaimo‘s representation of Japan at the 54th Venice Biennale. Recognized as one of the country’s leading young artists, Tabaimo first received critical acclaim for her multimedia installation Japanese Kitchen (1999), which combined surreal, hand-drawn animations with architectural elements in an unblinking examination of contemporary Japanese society. In Venice, “TABAIMO: teleco-soup” will continue that trajectory through an immersive multimedia environment that incorporates the unique characteristics of the Japan Pavilion.

In Japanese the exhibition title, “teleco-soup,” connotes the idea of an “inverted” soup, or the inversion of relations between water and sky, fluid and container, self and world. Coined by the artist, this phrase builds upon an intellectual tradition in Japan that grapples with the country’s identity as an island state, or what in recent years has come to be known as the “Galapagos Syndrome,” originally used to describe the incompatibility between Japanese technology and international markets but now applicable to multiple facets of Japanese society in the age of globalization.

The structure of the exhibition further references a proverb attributed to the Chinese philosopher Zhuangzi, “A frog in a well cannot conceive of the ocean,” and an addendum to the Japanese version of the same, “But it knows the height of the sky.” Through the use of a multi-channel animation projection and mirror panels, Tabaimo will transform the interior of the Japan Pavilion into a well and the open space beneath the Pavilion, which is raised on pilotis, into the sky.

The succession of images will lead to a recognition of the unimaginable breadth of the well—or contemporary Japan—and through the installation’s anti-gravitational orientation will connect to an infinite depth/height in the eternal world of the sky below, visible through an aperture in the floor at the Pavilion center. In this way extending beyond the confines of the Pavilion, the installation will destabilize relations between up and down, interior and exterior, broad and narrow perspectives, and immerse visitors into a bodily experience that asks them to question, Is the world of a frog living in a well really so small? And, How can we negotiate the points of contact between the individual and the communal—how do we negotiate our own Galapagos Syndromes?

Artist’s Bio:
Born in 1975, Tabaimo graduated from Kyoto University of Art and Design in 1999. She received the Grand Prize in the 1999 Kirin Contemporary Awards for her video installation Japanese Kitchen, completed as her graduation work. She has had solo shows at numerous institutions including Tokyo Opera City Art Gallery in 2003; the Hara Museum of Contemporary Art, Tokyo, and Cartier Foundation for Contemporary Art, Paris, in 2006; the Yokohama Museum of Art and the National Museum of Art, Osaka, in 2009/10; and Parasol Unit Foundation for Contemporary Art, London, in 2010. She has previously exhibited at Venice in the artistic director’s exhibition curated by Robert Storr in 2007, “Think with the Senses – Feel with the Mind: Art in the Present Tense.”

GLASTRESS 2011, A WORLD OF GLASS AT THE VENICE BIENNALE 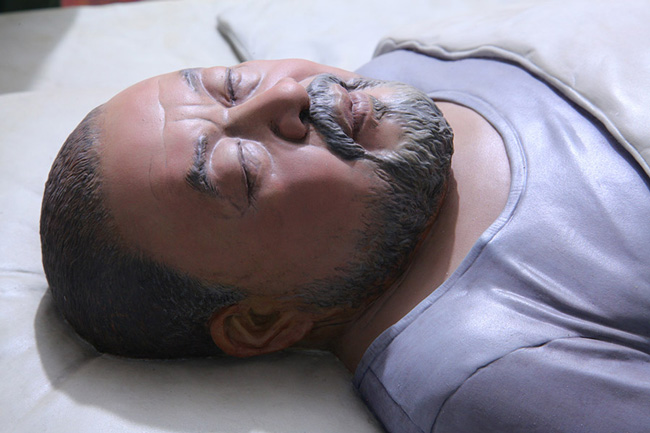 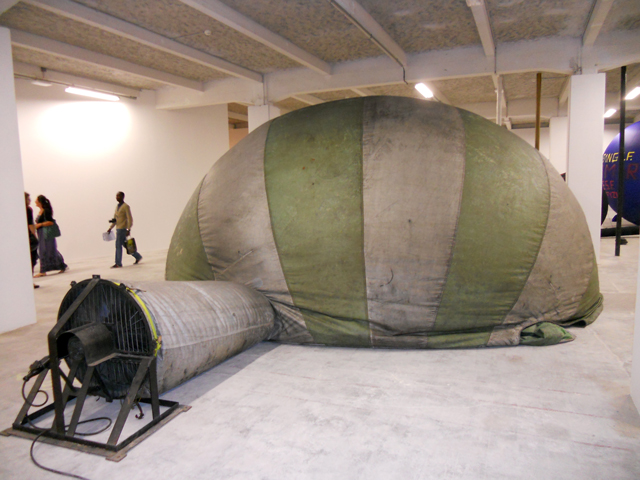