What It Really Looks Like Atop the World’s Tallest Building 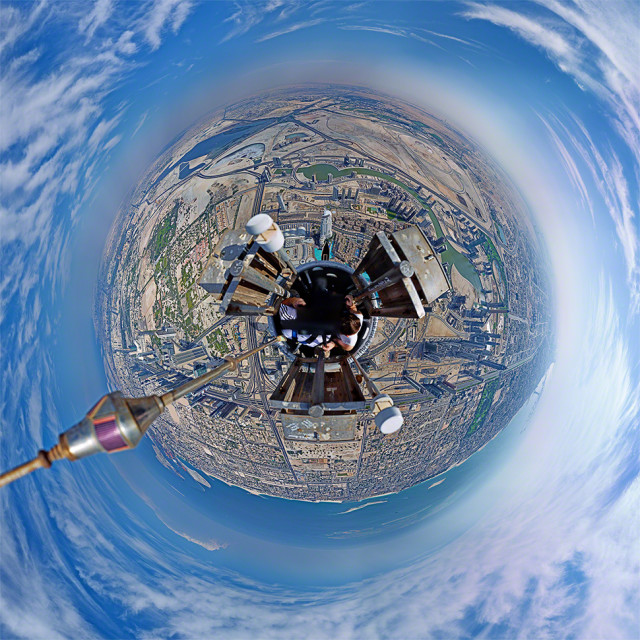 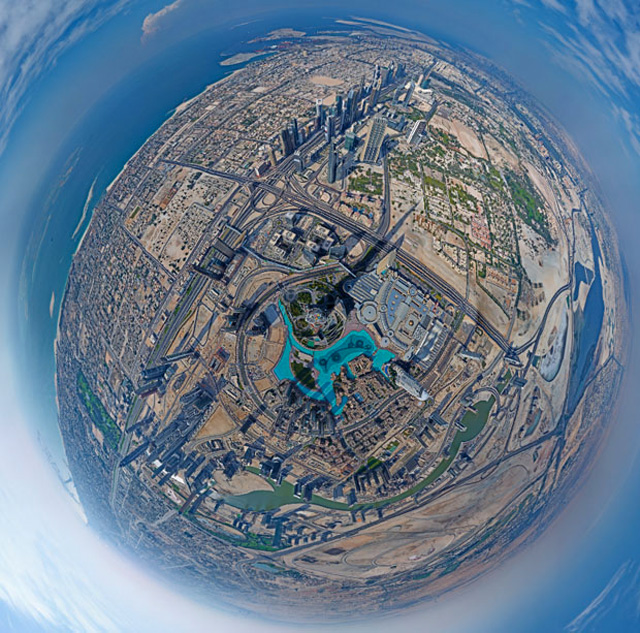 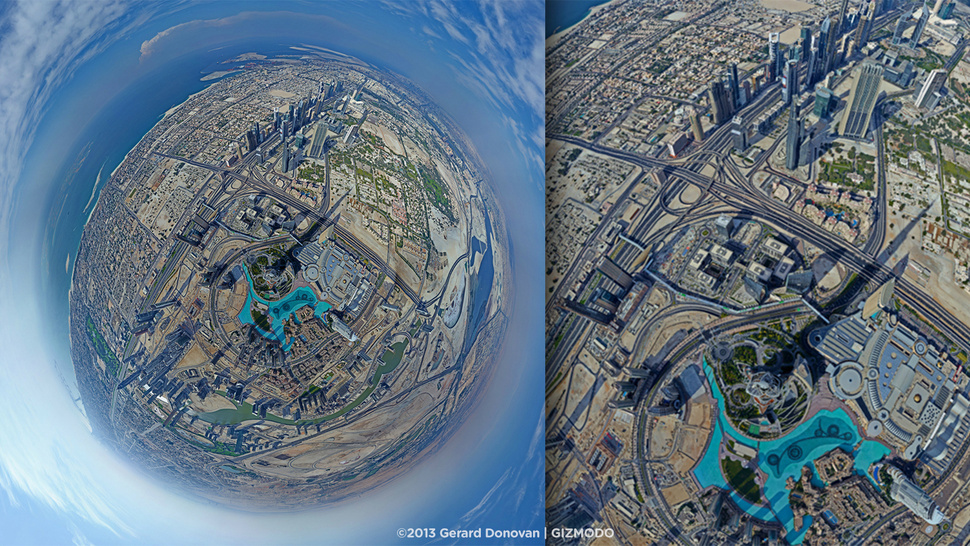 In January, Dubai photog Gerald Donovan showed us what the earth looks like from the pinnacle of the world’s tallest building, thanks to a 360 degree panorama that was ‘shopped to remove the Burj Khalifa itself. But today, Donovan released the original, undoctored image—and it’s even better than the edited version.

The reason Donovan chose to doctor the original panorama, you see, was because the pinnacle of the Burj is home to dozens of sensors and antennae, which block the view of the ground. For example, there’s a lightning conductor, multiple aircraft beacons, cameras, and dozens of other sensors. There were also people blocking the view—like the head of another photographer, Joseph Hutson.

“So I then manually shot around these objects, plus a set of images looking vertically down around the pinnacle,” Donovan explains. He ultimately stitched together 48 individual photographs, creating a haunting panorama that was completely free of evidence of the Burj itself, except for its spindle-like shadow. In this image, though, we get to see the guts of what’s going on atop the pinnacle—which is far more interesting. [Gerald Donovan]