The exhibition of Ion Grigorescu at Új Kriterion Gallery, Miercurea Ciuc (Str. Petőfi nr. 4), between the 30th of July 18h- 20th of September 2015Ion Grigorescu(born March 15, 1945 in Bucharest)is a Romanian painter, was one of the first Romanian conceptual artists and advocates of anti-art, postulating a radical consolidation of artistic activities with quotidian life. He is the creator of numerous films, photographic series, and actions recorded on film, as well as drawings and collages that documented both his private life and the passage of the Romanian people from life under communist regimes to the realities of expansive capitalism. Ion Grigorescu is arguably the most important Romanian artist of the communist period. (sourse: wikipedia)

Austria
Ion Grigorescu: I’ve had this for a long time now, since my first visit to Austria, it was then when I noticed the old and new crest of Austria.
Filip Florian: It was the crest of Austria-Hungary Monarchy, which, to be honest, I wasn’t familiar with.
Ion Grigorescu: That’s it… It doesn’t have a cross, my mistake, I didn’t see it from distance. It’s a sword and a cross but it doesn’t really matter…

Come, friends, I found some food
This is a photo, on which I am picking plums from the ground. It’s some kind of Asian linen, I have no idea where it is from exactly. They are large, two-metres tall linens. I saw this one on the blouse of an African woman for the first time. She was black, the blouse was white, and there was the image of a presidential candidate printed on it. I told myself that I this was the texture I wanted to find. And the linen isn’t stretched, it is like a curtain.

Escaping
This one is based on a photo made by Ruxandra about me. They are two different photos actually, I edited them together. And there is a writing, it says in English but I think, it is like this in Romanian, too, it says that the killer has escaped from the prison and from now on he’sgoing to be the lord and he will put all the leaders into prison. … it is a dual self-portrait about me, made between the gates of the palaces of Vienna… this is an old guard hat.

The death of the Brâncoveanu
This one is about the death of Brâncoveanu, I saw this picture in Cozia, in those buildings next to the monastery, it was made really long time ago, in the beginning of the seventies… then I gave it to a German girl friend of mine and I regretted it very much and I made a new linen. And I made it like a carpet. Every framed work is a carpet in a way.

Marx Freud
This one is based on a Delacroix-painting, The Barque of Dante. There are some different characters holding on to the barque, among them there is Dante and Vergilius. I replaced their heads with the ones of Marx and Freud. But their gestures remained the ones of the characters of Delacroix 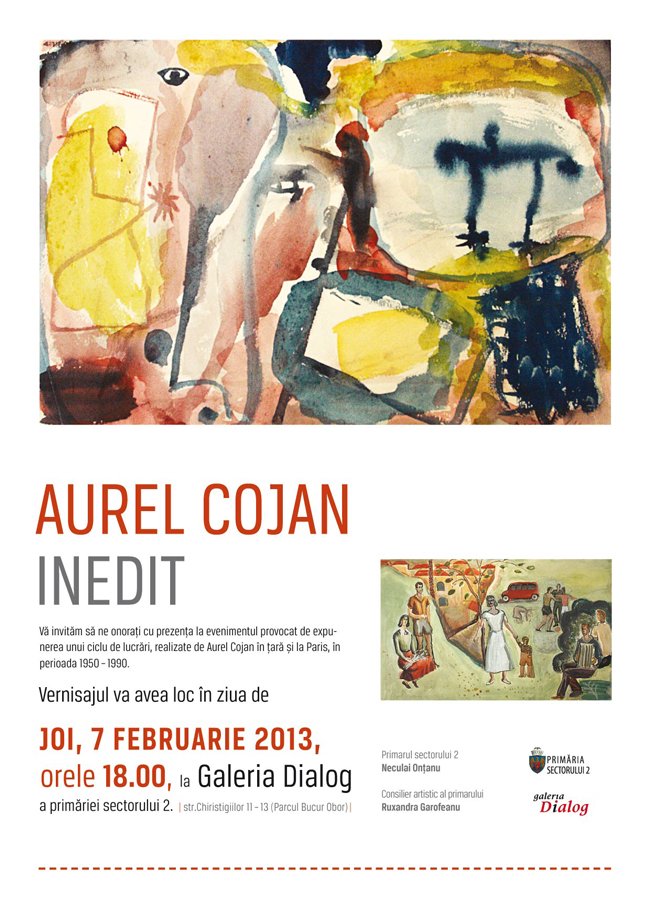 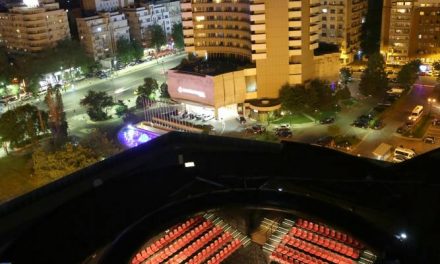 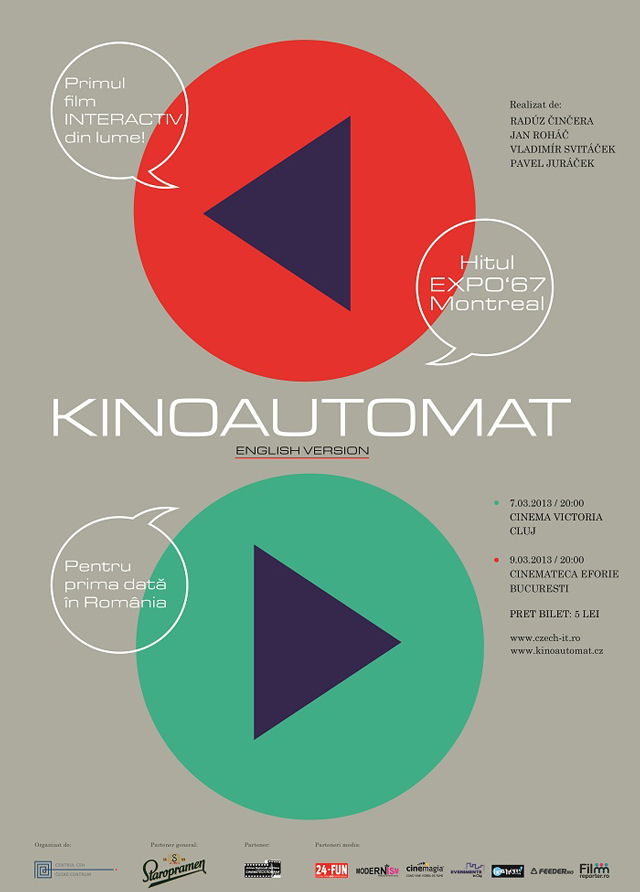