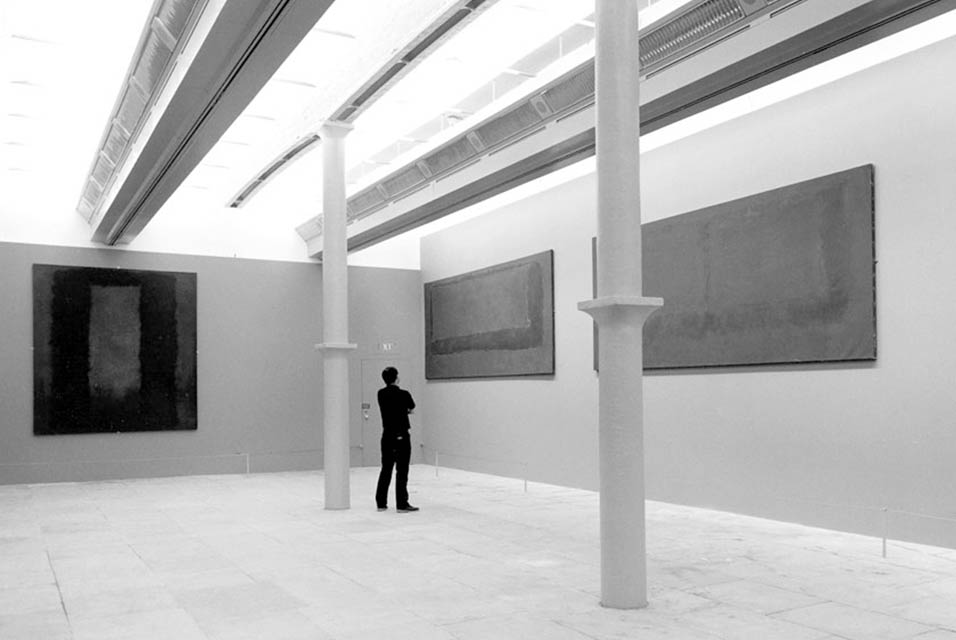 Tate has had one of its most successful years ever in 2012-13 and has moved forward on a number of different fronts despite the challenging economic climate and government cuts.
Tate’s Annual Press Conference marked the publication of its Annual Report 2012-13 outlining the artistic, social and economic contribution Tate makes locally, nationally and internationally.
With total visitor numbers of 7.74 million to its four galleries, this was Tate’s most successful year to date. 13.6 million people visited online. Tate’s reach is increasingly far-ranging: from local school children in Southwark; to audiences in Australia and Japan for the Turner exhibition; to artists and curators in Ghana, Cameroon and Nigeria; and new geographical areas for acquisitions committees in South Asia and Russia and Eastern Europe.
Achievements of the year: More people visited Tate Modern than ever before – 5.5 million. It retained its position as the most visited gallery of modern and contemporary art in the world and was the second most popular tourist attraction in the UK. The world’s first museum gallery spaces permanently dedicated to performance and installation art – The Tanks at Tate Modern – opened successfully in summer 2012.
The first live commission in The Unilever Series, Tino Sehgal’s These Associations 2013,attracted large audiences eager to participate in this challenging, immersive work. The outstanding exhibition programme across Tate saw exceptional attendance figures.
The Damien Hirst exhibition, sponsored by Qatar Museums Authority was the most popular exhibition in Tate’s history for a solo artist, attracting over 463,000 visitors. At Tate Britain, Pre-Raphaelites: Victorian Avant-Garde attracted 240,000 visitors, Tate Britain’s second most visited exhibition.
Significant progress was made on Tate Britain’s major redevelopment. The preparatory work was put in place for the unveiling of the major £45 million refurbishment of the building and the complete rehang of the collection in 2013.
More than 620,000 people came to Tate Liverpool in 2012/13 and the gallery continued to be a draw for visitors from outside the city, last year contributing over £8 million to the local economy. The exhibition Turner Monet Twombly had over 80,000 visitors.
Tate St Ives had a successful year including the William Scott exhibition, marking the centenary of this important modernist painter. Alex Katz: Give Me Tomorrow, part of the London 2012 Festival, included a number of important works from the ARTIST ROOMS collection. As the year concluded, Tate St Ives secured significant funding for its expansion and renovation.
Tate’s relaunched website attracts the most unique visits of any museum and gallery website in the UK. Tate’s digital presence continued to expand with over 2 million followers on social media platforms such as Twitter and Facebook.
Four artists created works specifically to be broadcast live online as part of the groundbreaking BMW Tate Live project. In 2013 Tate built on this with BMW Tate Live: Performance Events – a series of in-gallery performances – and BMW Tate Live: Thought Workshops. The live broadcasts have been seen in 200 countries.
Tate lent record numbers of works both to venues in the UK as well as abroad. Some 1,762 works were lent to 253 venues, 1,181 to venues in the UK and 581 internationally. Tate’s lending has doubled since 2007/8 and over 100 more works were lent this year than last. They went to venues in 23 countries. Highlights included Tate’s first loan to Qatar, loans to Brazil and a large number of works to Australia. Now in its third year, the Plus Tate partnership comprises 18 visual arts organisations and the four Tate galleries.
The network continued to test new ways for the visual arts sector to collaborate and there has been an increase in sharing programmes and expertise across the network. ARTIST ROOMS celebrated its fifth anniversary and exhibitions continued to tour nationally reaching 15 venues in communities up and down the country, seen by well over half a million visitors. The creation of Circuit, a new national youth network for the visual arts, was one of the year’s most significant developments, supported with £5 million gift from the Paul Hamlyn Foundation. Tate Members now number 106,000, making Tate the largest arts membership scheme in Europe. A major milestone was achieved with the launch of JMW Turner: Sketchbooks, Drawings and Watercolours online.
A new Tate Research Centre on Asia Pacific art was established with significant support from the Andrew W Mellon Foundation. Tate argued forcefully in support of the campaign to ensure that the arts form a core part of the National Curriculum.
Tate has taken a leading role in sustainability issues within the sector and continues to strengthen the energy efficiency of its buildings and operation. Major works acquired for the Tate Collection: A total of 502 works were acquired this year solely by Tate with a total value of over £23 million. 21 works entered the ARTIST ROOMS collection held jointly by Tate and the National Galleries of Scotland.
A group of pre-eminent works of British art, donated to Tate by Mercedes and Ian Stoutzker, significantly enhanced key areas in Tate’s representation of twentieth-century British art.
It was a strong year for the acquisition of photography – Eric and Louise Franck donated an outstanding body of around 1,400 views of London including work by Henri Cartier-Bresson, Robert Frank and Irving Penn. During this period Tate extended the geographical reach of its Collection with major acquisitions of contemporary and modern art from the Middle East, Latin America and the Asia-Pacific region.
Photo: Mark Rothko, The Seagram Murals, Tate Liverpool 1988© Tate Liverpool.
Copyright © artdaily.org 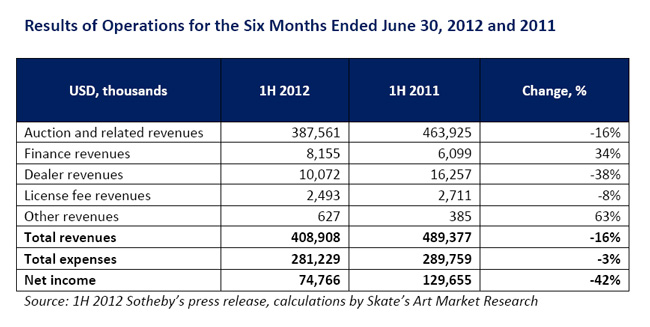 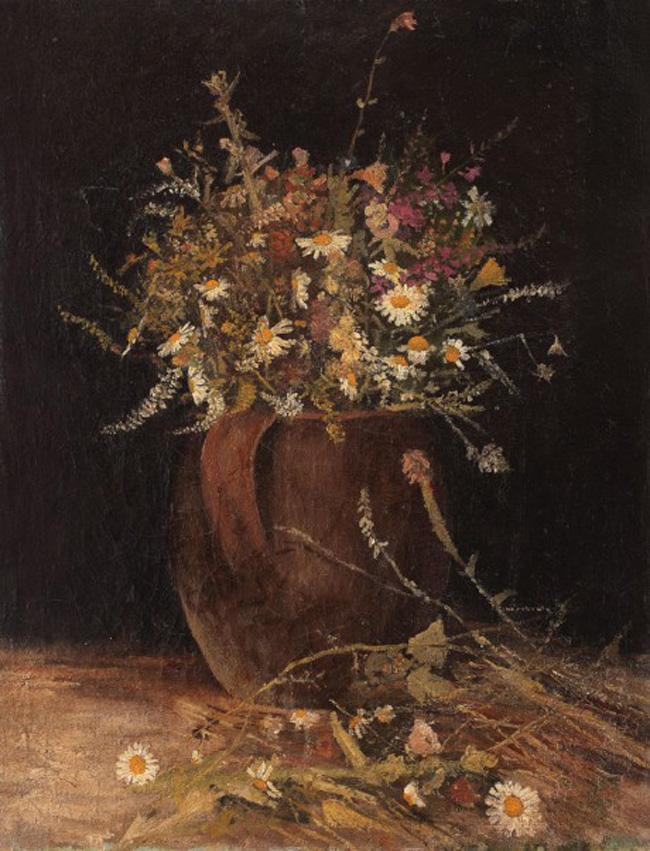 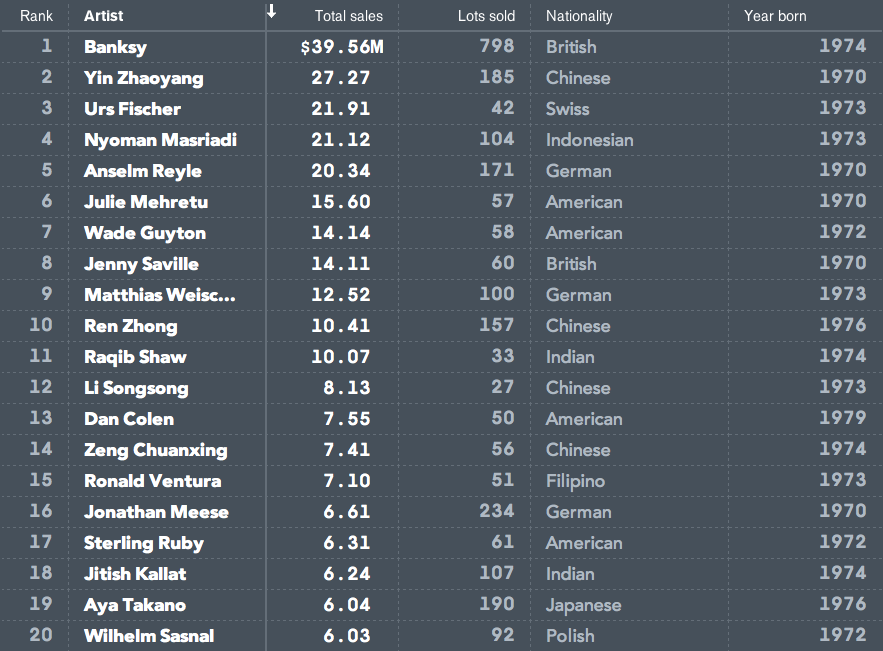 Free Market or Manipulated Market: Which Is Better for Young Artists?