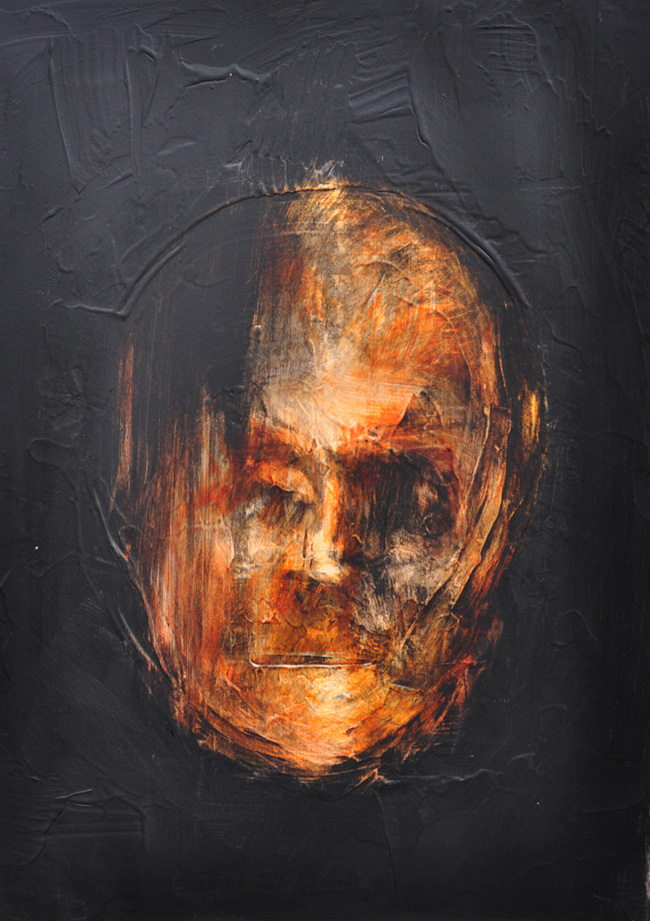 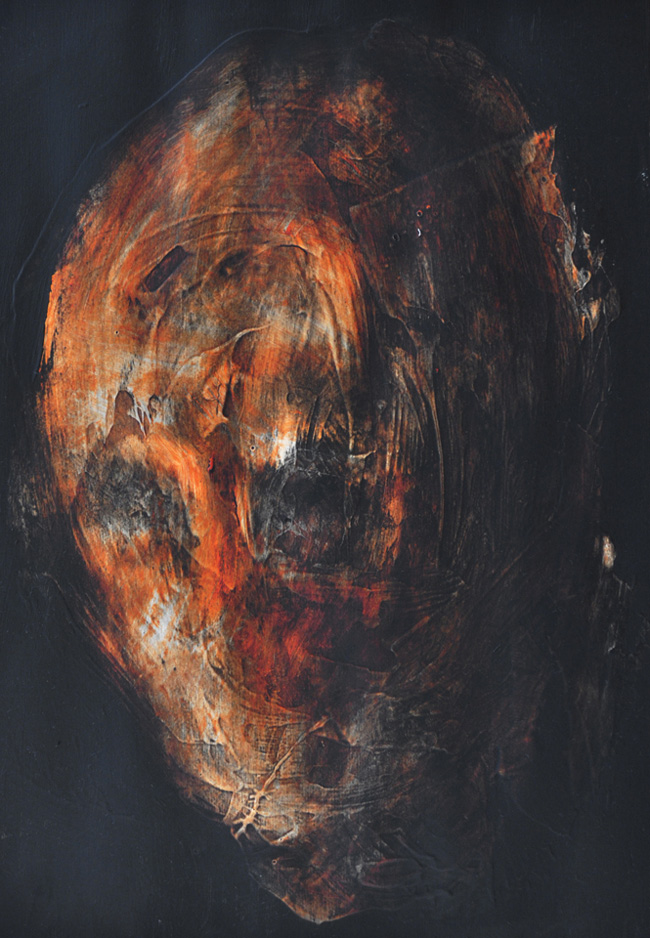 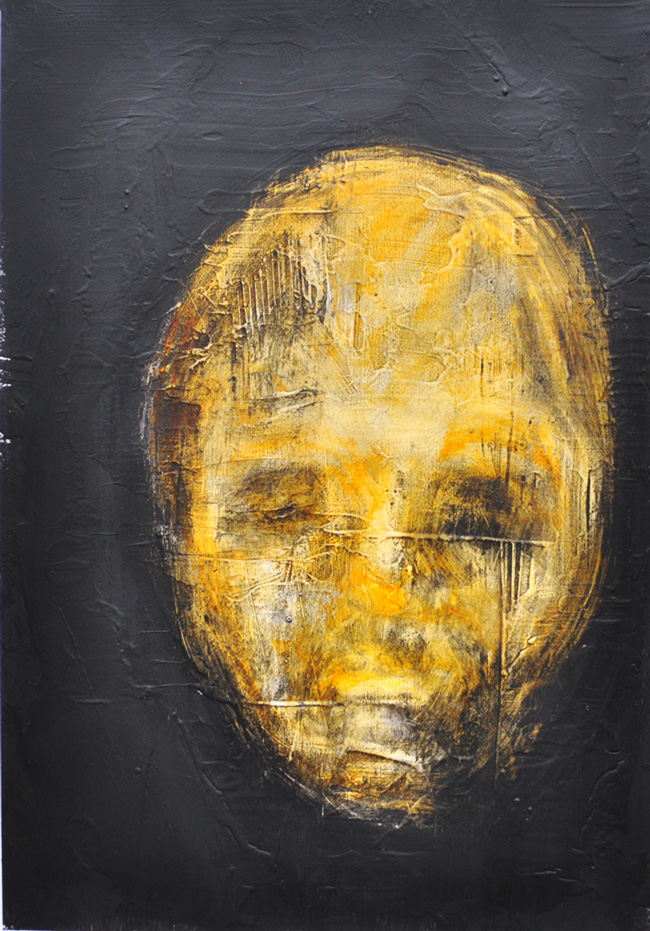 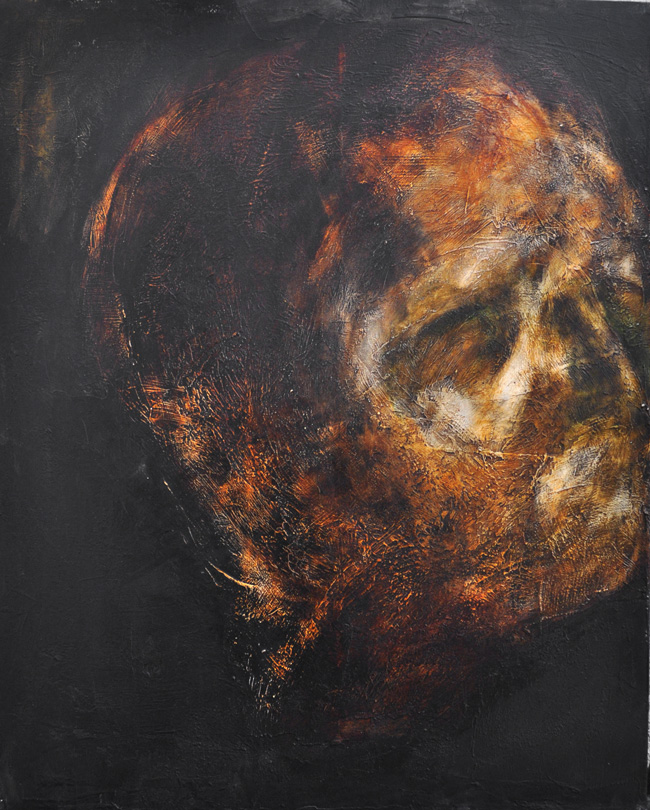 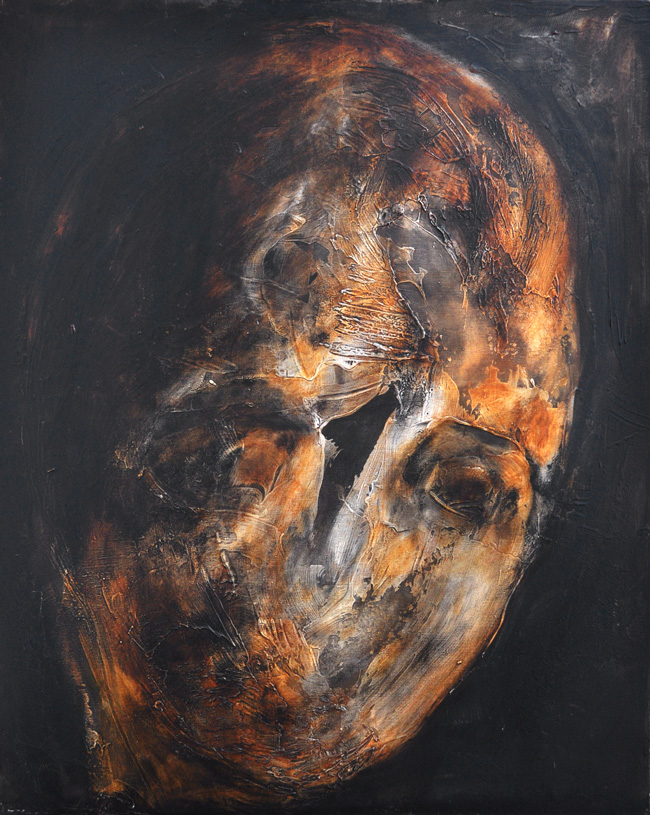 When I started to paint my Nightfall cycle in 2011, Daedalus was my starting point, I wanted to paint his story in particular. I found a story however in the meantime, a contemporary Eastern-European (Russian) story, the official version of which I already knew. After learning the unofficial version of the story through some writers, I got slightly distracted from my original concept. My attention was directed to the now and I also realized that freedom isn’t only to be found in the unattainable distance. We can find it here as well but we tend not to notice it because of the enchantment of its constant search in the distance. I try to depict an existing story of today. A story of a man, a political prison, the background of which there are thousands of similar but unknown other tragic stories. I try to depict man loosing his freedom then finding it again inside the walls of his prison.

The hereby exhibited paintings of Botond Részegh have a rare and apalling feature. They appeal (and this is achieved by a magician or else, i have no idea) to make the eyes listen and not only see. The more attentive one looks at these contours outside time and world and the more one submerges in the steam surrounding these lines the more one can hear some sort of whisper, talk and finally, a scream. This scream goes to the people, all of them and  – in my approximate interpretation – says: end the junk yard! Peel things! Search for the lost souls! 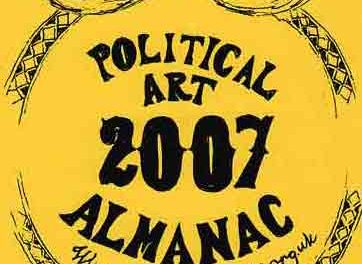 The 2007 Almanac of Political Art