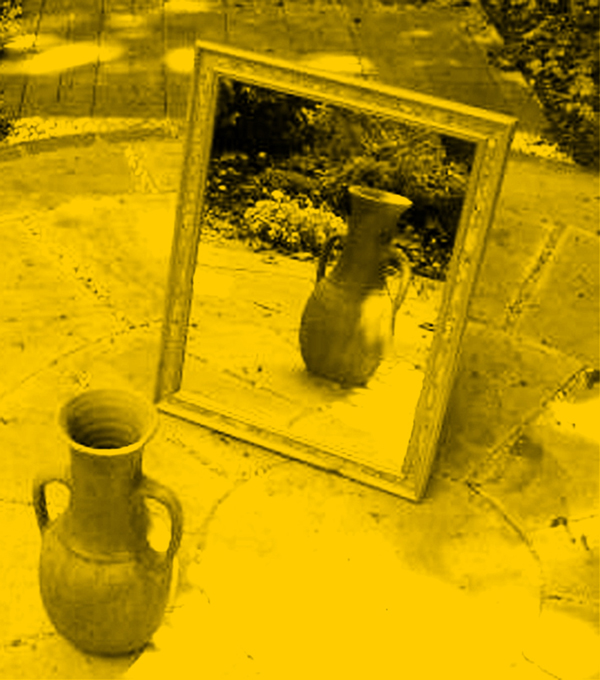 MIRAŻ. Miraż means mirage. Łukasz Jastrubczak’s project is a mixture of the El Dorado myth iconography, the search for the Paramount mountain, and of Władysław Strzemiński’s theory of vision. The artist would divide the presentation of his project’s effects into three phases:
> the exhibition at Sabot;
> public space sculptures in Świecie, during the Przebudzenie project;
> the residency at the San Francisco Headlands Centre of Arts and journey from the West Coast to the East Coast in search of the Paramount, which would result in a road-video.
–
The show at Sabot will focus more on Strzeminski’s theory. The Polish painter describes the history of vision development and dwells on the final stages of burgeois visual philosophy, especially the realistic visual interpretation of impressionism and with particular attention paid to Cézanne. This way of perception is in contradiction to former ones in the history of art. While the Renaissance painters were using a central point of perspective and compelled the human sight to only one restrictive point of view, the final step of realistic representations in Cézanne’s paintings developed the real way of perception, in which the eye focuses on different parts of reality and on different parts of the painting itself. [We could understand this by comparison to film-making: we get to know better the space which is beeing filmed when the camera moves and changes points of view.]
–
The works to be staged at Sabot are mostly videos, but also a composition with books, some photographs, drawings & collages, and an installation [several objects hidden under a blue fabric, resembling a mountain].
———————-
Łukasz Jastrubczak (1984, living & working in Kraków, Poland) is a young multimedia artist who examines the fields of invisibility, disappearance, ephemeral revelation and lunacy. His work is absurd and amusing, but nonetheless deliberate and somber.
Jastrubzcak’s interest in the reforming and disappearance of character, especially his own, is a recurrent theme in his video work: he makes costumes and masks, recreates classic films by removing the characters, and sometimes works [supposedly in collaboration with himself] under a pseudonym. Jastrubczak takes on these activities essentially as temporal and contextual experiments where disappearance, the significance of presence, and its incontrovertible transience, are both the catalysts and the findings. —