Dan Perjovschi “The Crisis Is (Not) Over” 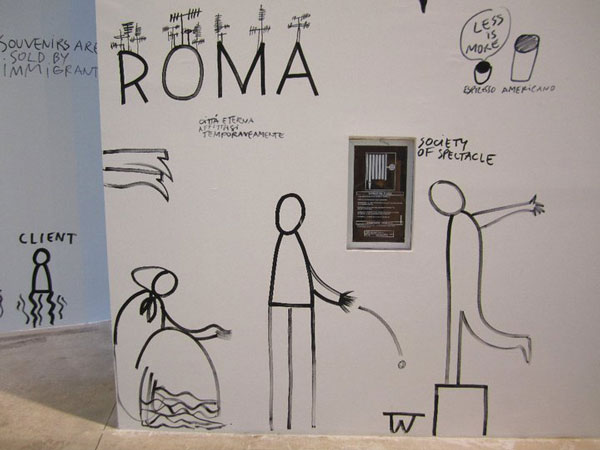 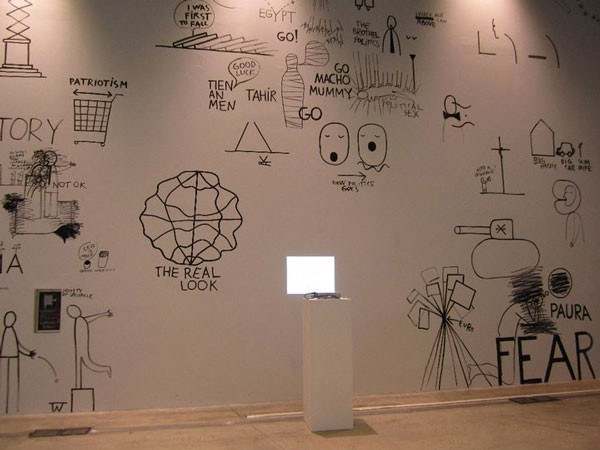 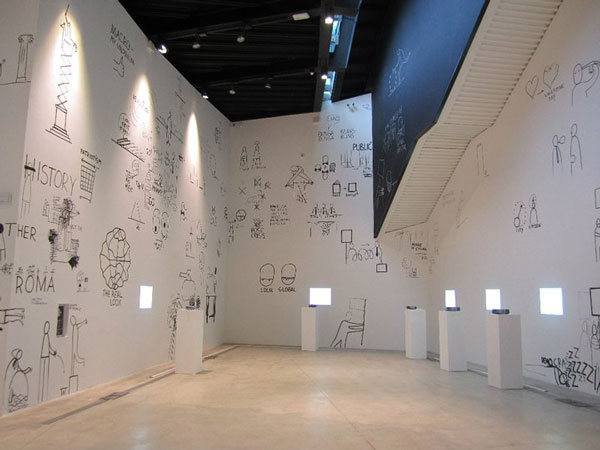 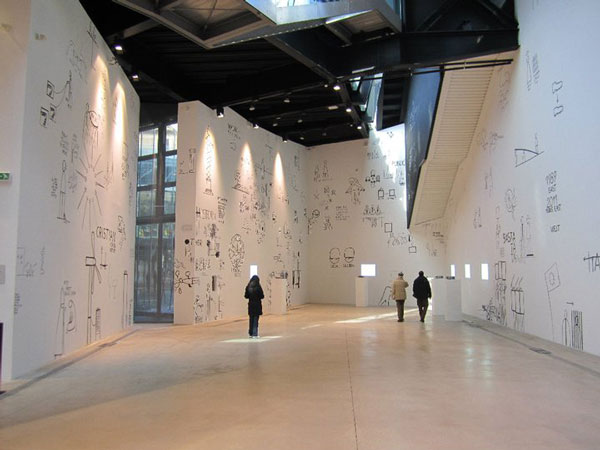 MACRO – Museo d’Arte Contemporanea Roma – presents in the Enel Gallery the latest work by the Romanian artist Dan Perjovschi: an ironic, caustic, contemporary fresco that reflects on the infinite contradictions of the modern world through the freedom of sign and word.

Perjovschi will be the first artist to work directly on the skin of the new MACRO, and visitors will be able to watch him as he creates his work. In a performance lasting a number of days, and entirely visible to the public, Perjovschi will be creating a large satirical work brought to life by paradoxical drawings and epigrams.

Dan Perjovschi (Sibiu, Romania, 1961) is an artist celebrated around the world for his work in the greatest international museums, including MoMA in New York and Tate Modern in London.

He will be creating an enormous “fresco” especially for the MACRO premises. It will consist of drawings and comic-strip illustrations that take an ironic look at politics, society, and culture in the contemporary world. The concept of the work is based on the paradigm of the global economic crisis and on the paradox in which our post-modern turbo-consumerist society is attempting to defuse the risks of recession.

Together with the installation, of which the “making of” will be visible to the public in a sort of continuous performance lasting a number of days, Dan Perjovschi will be presenting five dioramas made between 2006 and 2009, during his trips to a number of European cities: Venice, Florence, Berlin-Brussels (“Bexperience”), London and Stockholm. These tales in words and pictures reveal the artist’s impressions of the real world.

The exhibition of works by Dan Perjovschi, “The crisis is (not) over. Drawings and dioramas”, curated by Teresa Macrì, will thus provide an opportunity to see the work in progress of an artist as he investigates new dimensions of space and original interpretations of the world around him.

Even though his analysis of contemporary principles and social values is pitiless, Perjovschi’s investigations have a thread of irony and sarcasm running through them, allowing them to capture the strident contradictions of reality.

Perjovschi grew up in Nicolae Ceausescu’s Communist Romania, and thus in a world of cultural censorship and repression, but he belongs to the generation that freed itself from the dictatorship after the fall of the Berlin Wall in 1989. He started working in Bucharest in 1991 as a draughtsman for the Romanian magazine “22”. His favourite artistic language is thus drawing, enlivened by puns and epigrams, and by the paradoxical interpretation he gives to socio-political events and to the new class wars, as well as to the contradictions of the art system and the anomalies of cohabitation in a globalised world. In an almost performative manner, his form of representation often ends up in large mural installations but also, with surprising effects, in videos, video animations, dioramas, notebooks, and photographs.

Perjovschi makes use of all the potential offered by the space, creating new dimensions in the premises he works in: walls, windows, floors, and ceilings inside and outside museums, institutions, and galleries, in which he makes his fables float, following the lines of the architecture that contains them, and transforming every work of his into a site-specific project.

Dan Perjovschi was born in Sibiu (Romania) in 1961. He lives and works in Bucharest. He trained as an artist at the University of Arts George Enescu in Iasi, Romania, and has put an solo exhibitions in the world’s leading museums.
His shows at the Tate Modern London, at the Kunstraum, Innsbruck, at the Moderna Museet, Stockholm, and at the Kunsthalle in Budapest took place in 2006. The following year, together with the solo “I Am not Exotic – I Am Exhausted” exhibition at the Kunsthalle in Basel, his “What Happened to Us?” at MoMA, New York, was also worthy of note. In 2008 he was at the Ludwig Forum für Internationale Kunst in Aachen, Germany, and in 2009 he was invited to the Van Abbemuseum in Eindhoven, Holland, and to the Salzburger Kunstverein in Salzburg. In 2010 Perjovschi worked at the San Francisco Art Institute, at the Royal Ontario Museum in Toronto and at the Novi Sad Museum of Contemporary Art in Serbia. His group exhibitions include those at the biennales in Istanbul, Bucharest, and Seville in 2006, the Venice Biennale in 2007, the Moscow Biennale in 2007 and again in 2010, the Biennale of Sydney in 2008, and the one in Lyon in 2010. His works have been shown in important group exhibitions in international museums, including the “This Place Is My Place” show in 2007 at the Kunstverein, Hamburg, and “Brave New Worlds” at the Walker Art Center in Minneapolis. In 2009 came “The Making of Art” at the Schirn Kunsthalle, Frankfurt, and in 2010 “The Promises of the Past” at the Centre Georges Pompidou in Paris. In Italy his works were shown in 2008 at the Palazzo Strozzi, Florence, in “Arte, Prezzo e Valore – Arte contemporanea e Mercato”, at MART, Rovereto, in “Eurasia”, and at the Centro d’Arte Contemporanea di Villa Manin in Udine in the “God & Goods” exhibition. In 2009 he was at Castello di Rivoli in the “What Is to Be Done?” exhibition. Perjovschi won the George Maciunas Award in 2004.

Via Nizza, corner of Via Cagliari, Rome

Joe Petruccio: everyone we know in rock-n-roll 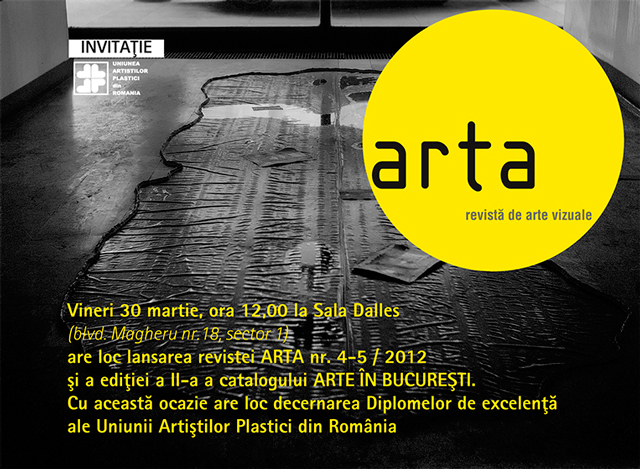