Anaid Art Gallery is pleased to announce the opening of Alexandru Rădvan’s (born 1977) first solo show in Berlin “Torrid Geometry”, showcasing his most recent artworks. The exhibition featuring large paintings, drawings, collages and reliefs provides us an insight into the successive phases of Rădvan’s technical and material innovations.

Alexandru Rădvan belongs to a new generation of artists from Eastern Europe who finished their artistic education after the fall of the Communist regime. These artists began to openly question contemporary societies and mentalities, their emergence and functioning patterns. Contemporary art uses the past by researching and investigating it. Artworks are open questions rather than artistic statements. As the ‘great narrative’ faded out of fashion, understanding began to require more than one single narrative and artists began to develop their own idioms and worlds. In 1998 Boris Groys stated that ‘Contemporary painting is no longer in a position to do what nineteenth-century painting did, namely, to make statements about the world. All the self-reflexive and self-destructive avant-garde movements have resulted in painting being obsessed with its own “thingness”, materiality and structures, to the extent that it can no longer depict the world.’[i]

If so far, for more than a decade, Rădvan has questioned the relationship between contemporary society and the ancient myths and mythology, in this new series of works the artist developed a new artistic strategy questioning the formal way of depicting a common subject. The discourse arouses between the rigorous stripes and feminine figures, which remind us of Roy Lichtenstein, but without the comments and drama; and the use of very incandescent and powerful colors in subtle three-dimensional collages and large canvases, brings to mind Tom Wesselmann’s works. This new project, developed in a number of stages including paper drawings, models and miniatures, three-dimensional objects, large paintings on canvas is realized between 2013 and 2016.

Rădvan’s “Torrid Geometry” cycle is experimental in terms of both form and technique becoming a turning point in his oeuvre. While maintaining the powerful colors and the big format canvases familiar from his previous paintings, in his recent works he has replaced the flat collages with shapes made of cardboards. He was driven in this artistic process to abandon the conventional materials like paper and canvas and use common cardboards with different kind of textures in his quest to render fantastic three-dimensional scenes.

“Torrid Geometry” aims to transcend the limitations of two-dimensional spaces and at the same time to create a space and an atmosphere through these powerful colors. Rădvan created dioramas in which he integrated deep reliefs for a greater coherence of forms and colors. The powerful colors intensify or reduce the sensation of spatial movement and three-dimensionality of his works. On the subject of his new works the artist stated: “There is not enough orange, yellow and red in the world to express the dry incandescence of the worlds that I dream about. The characters are drenched by light and drugged with brilliant colors. Shapes are irradiated by the hot atmosphere and purified, they will be tightened and clarified until they begin to resemble with figures from the beginning of the world, massive, brutal and candid in the same time. It is a hot, imperfect, human geometry. It is a hectic order of strong emotions, of feelings without hue. Everything into a torrid light.” – Curator: Diana Dochia, Phd 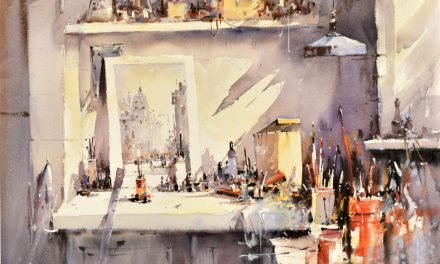 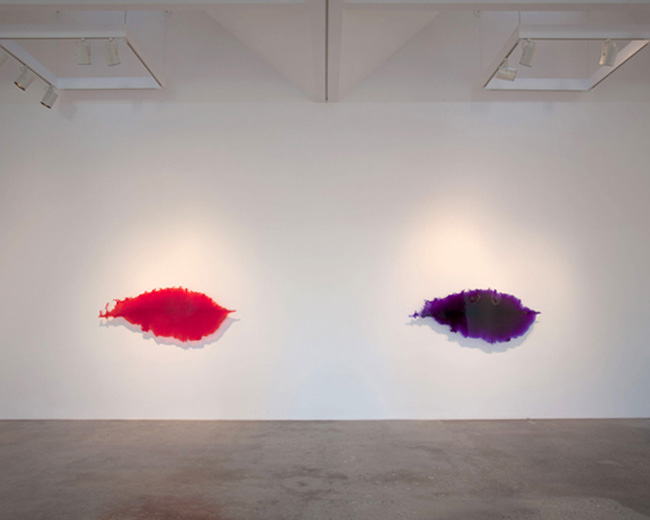