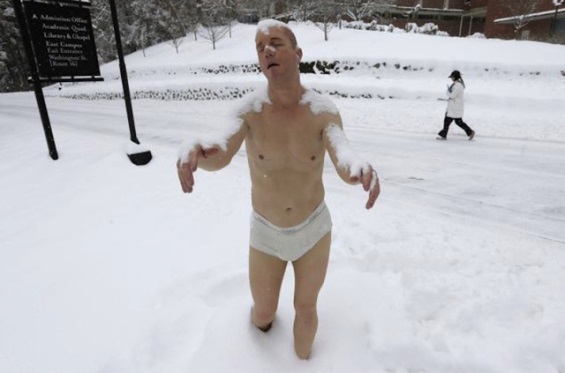 Tony Matelli‘s realistic “Sleepwalker” sculpture has created a bit of controversy among students at Wellesley, where the sculpture was installed outside of the college’s Davis Musuem. For Lisa Fischman, the museum’s director, the sculpture addresses the boundary of what we expect from art inside a museum versus the outside. Junior Zoe Magdid, the student who initiated a petition to have the sculpture removed, disagrees. ”We were really disappointed that she seemed to articulate that she was glad it was starting discussion, but didn’t respond to the fact that it’s making students on campus feel unsafe, which is not appropriate,” Magid said. “We really feel that if a piece of art makes students feel unsafe, that steps over a line.” More than 300 students have signed the petition so far.

While I can see how Wellesley students could find the sculpture threatening or triggering, I am curious how they would have reacted if Matelli’s female sleepwalker sculpture were installed instead. Most students would probably not feel as threatened by its presence, but that sort of perception would only perpetuate the idea that men alone embody a physical threat, though women are also capable of sexual abuse against others. 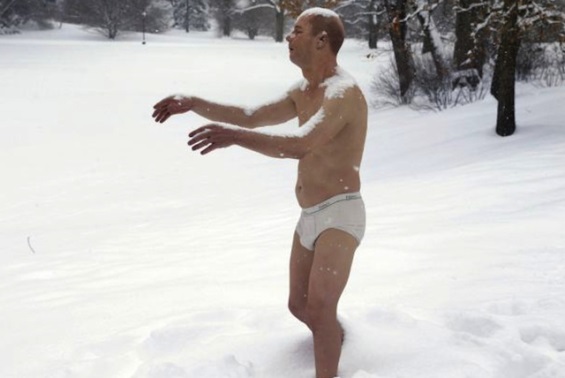 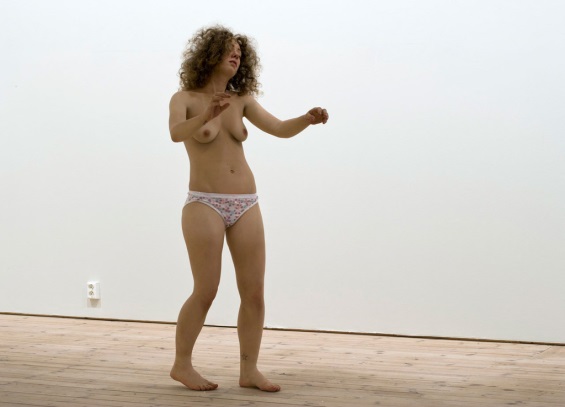 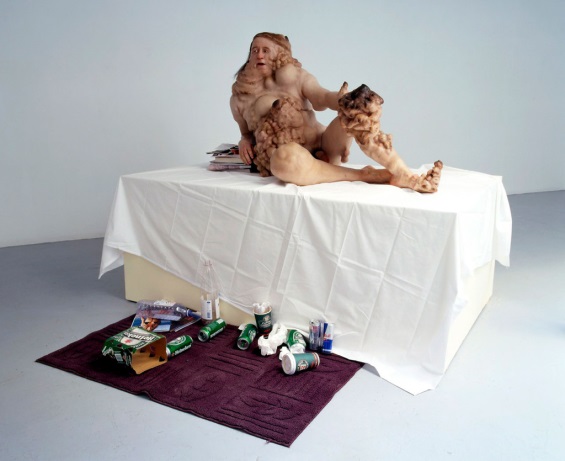 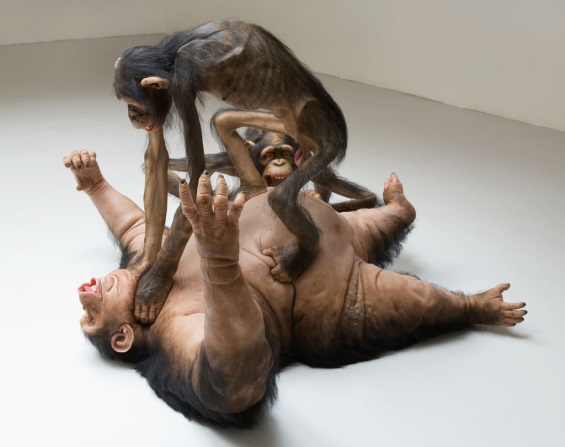 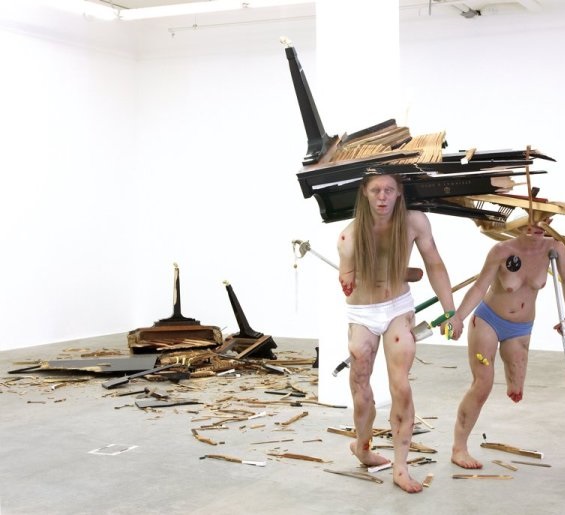 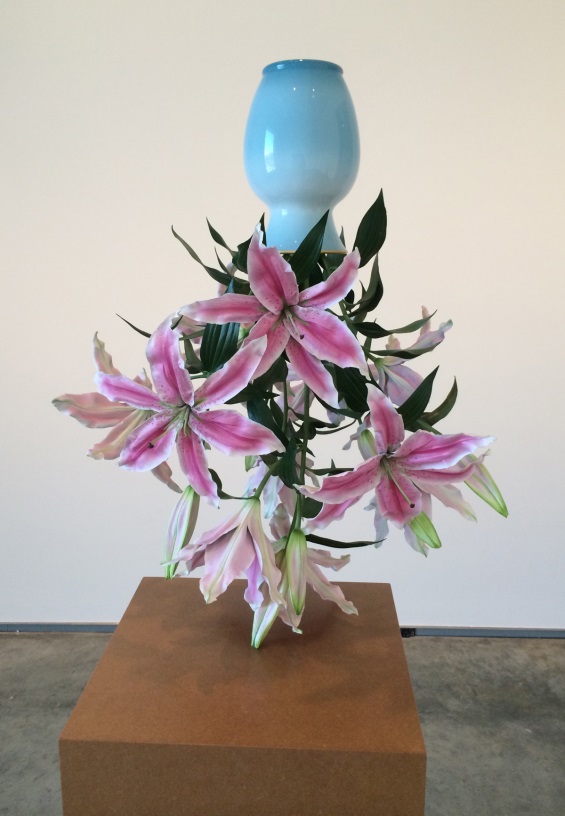 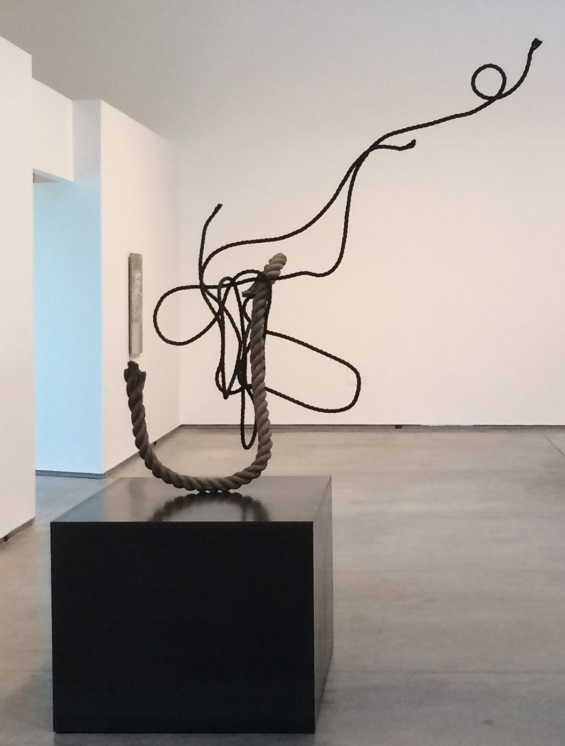 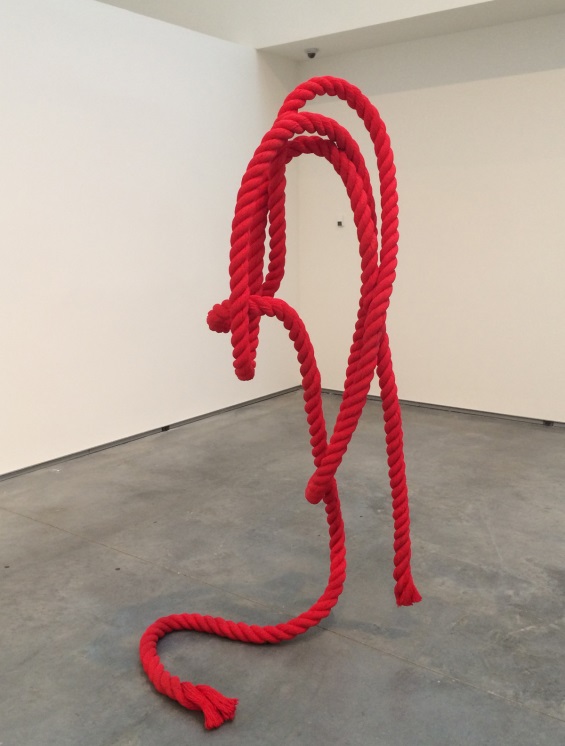 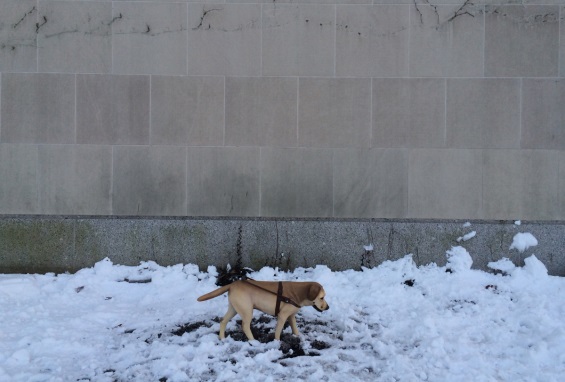 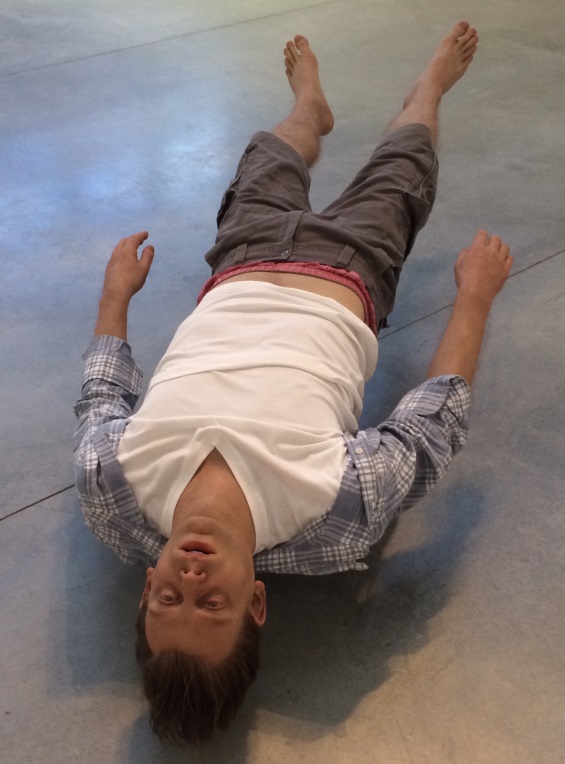 However you choose to perceive the sculpture, Matelli’s work provokes viewers and asks them to consider not only the absurdity of a “schlumpy” man sleepwalking campus in his underwear, but also how certain bodies and genders are perceived inside and outside the art gallery. Some of Matelli’s other sculpture work can also be perceived as creepy, but they all seem to address notions of boundaries and gravity, and the defiance of particular expectations. (via gawker) 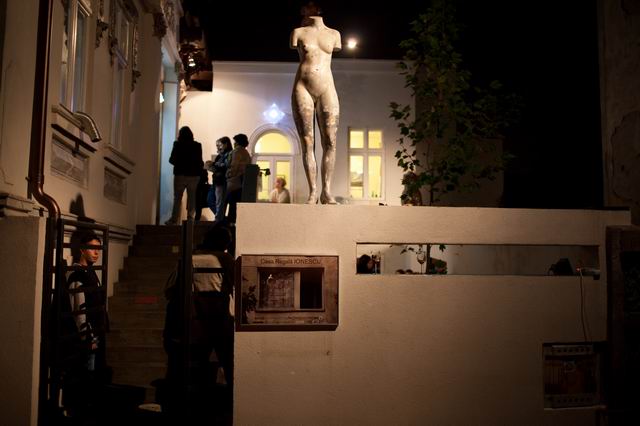 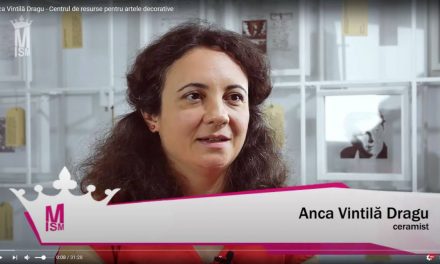 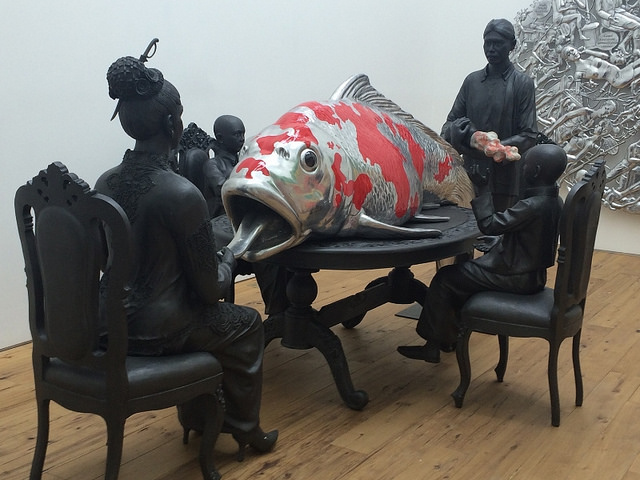 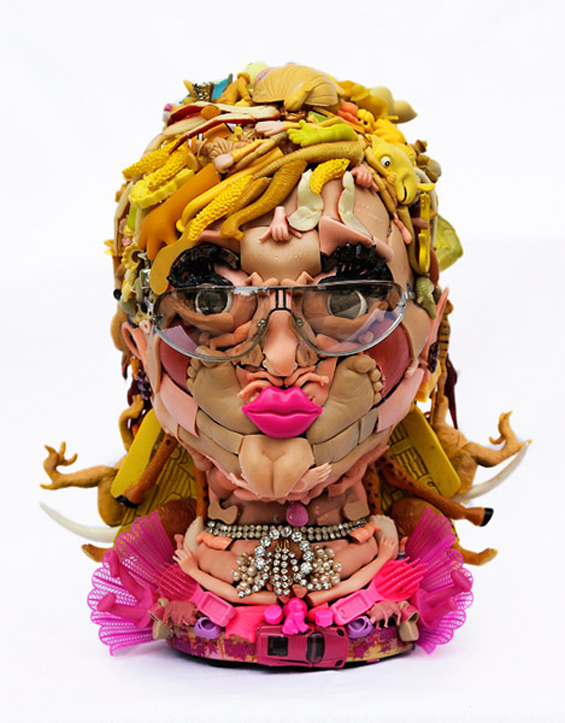