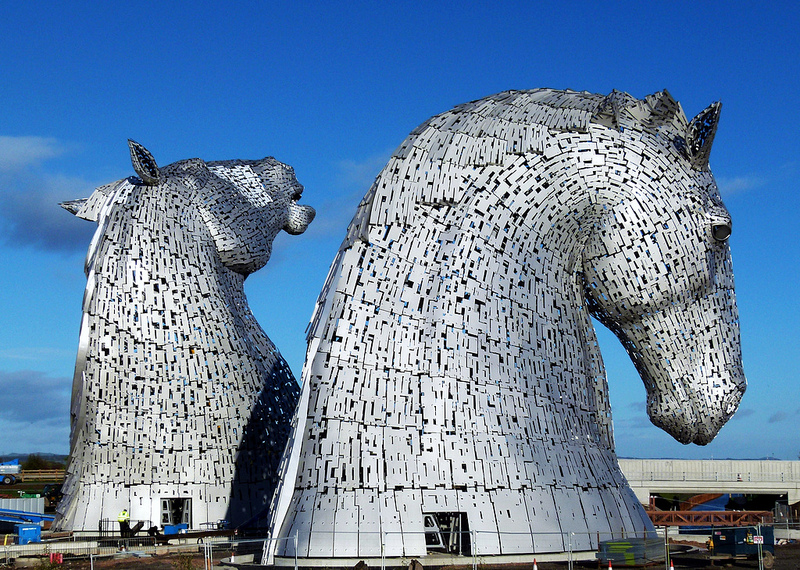 Currently in the last stages of construction after nearly 7 years of development, the Kelpies are a pair of gargantuan horse heads by public artist Andy Scott that now tower over the Forth & Clyde canal in Falkirk, Scotland. The sculptures measure some 30 meters tall (99 ft.) and are meant as a monument to the horse-powered heritage of Scotland. According to Wikipedia:

The Kelpies name reflected the mythological transforming beasts possessing the strength and endurance of 10 horses; a quality that is analogous with the transformational change and endurance of Scotland’s inland waterways. The Kelpies represent the lineage of the heavy horse of Scottish industry and economy, pulling the wagons, ploughs, barges and coalships that shaped the geographical layout of the Falkirk area.

The sculptures were modeled on two actual Clydesdales from Glasgow City and were constructed from structural steel with a stainless steel cladding, creating structures that you will soon be able to stand inside of. Although construction is nearly complete, the Kelpies will not open to visitors until April 2014.

Scott has created a number of smaller ‘Kelpies’ sculptures including a pair here in Chicago and at Purdue University. Photos above courtesy Kit Downey, Tracey Russell, Barry Ferguson, and Trixta Photography. 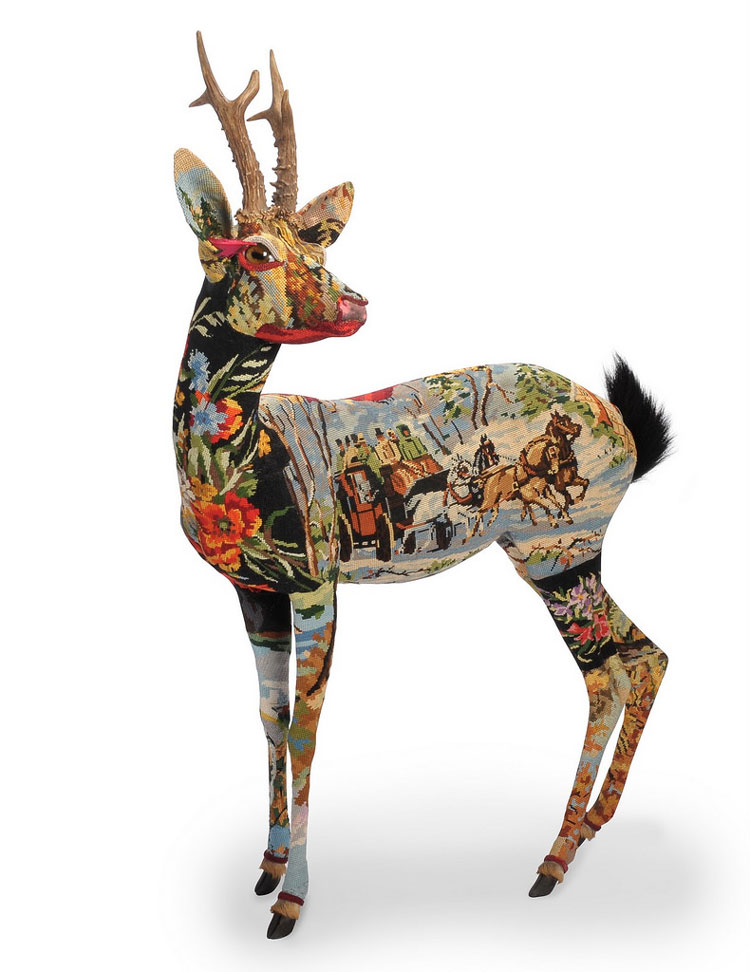 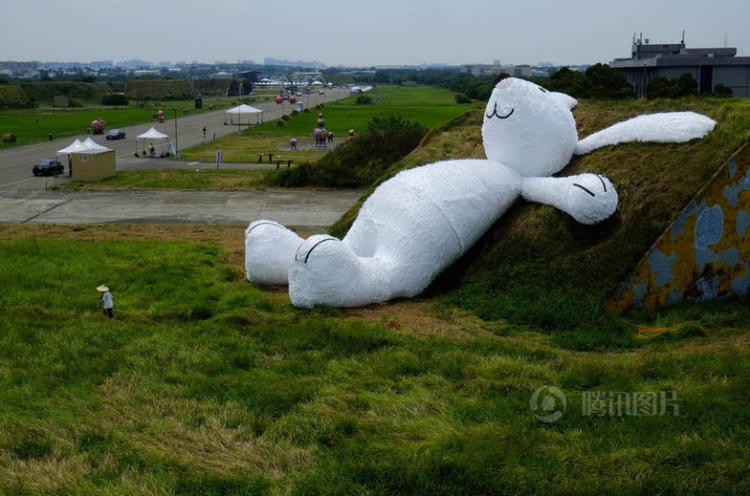