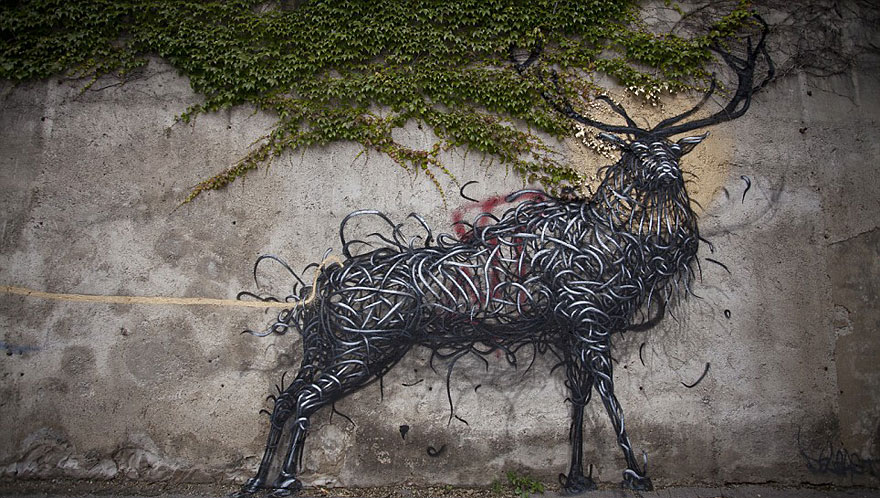 Chinese-born street artist DALeast, whose work is recognizable for its unique style anywhere he paints, has left a trail of stunning 3D graffiti spanning several continents. Based in South Africa with his wife, the 29-year-old artist spends around half a year traveling around the world and painting his graffiti artworks in different cities. Each piece of his street art looks as it’s made out of thousands of metal shards, which all come together beautifully to shape different animals, birds or humans in action.

The artist won’t reveal his true name, but says he has been dedicated to arts ever since he was 3 years old. DALeast paints most of his graffiti pieces in a hurry while looking over his shoulder for the police. He has already been arrested once, right before the 2008 Beijing Olympics, but that never stopped him: “Life always give one troubles but my work gives me a lot of opportunity to face these troubles. Any situation can arise when you work in the public space.”

“I hope I am creating illusions through my paintings that can be a switch for people’s minds. I like to express life-emotions and the environment, and use different artistic forms to speak. I prefer people staring at my work without saying any words – it means they are taking it in.” And there really is much to take in, as his illusions are big enough to admire from a distance yet detailed to observe from up close. Maybe you‘ve even seen one in your city? 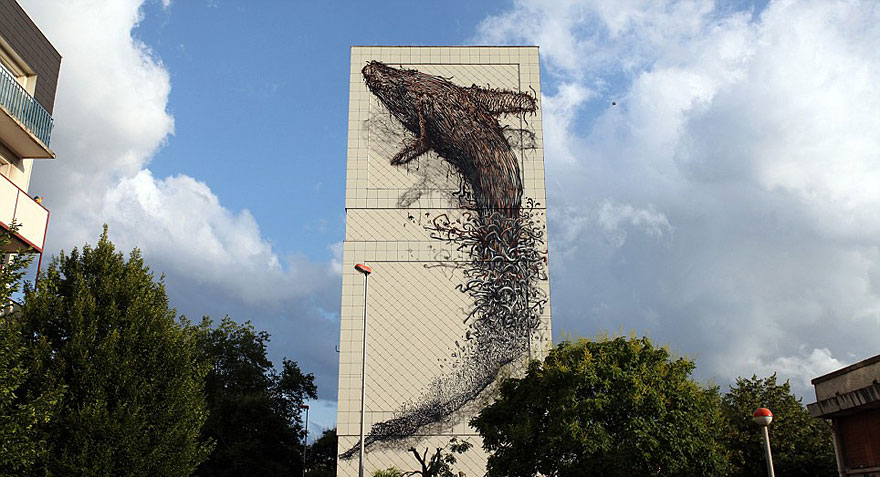 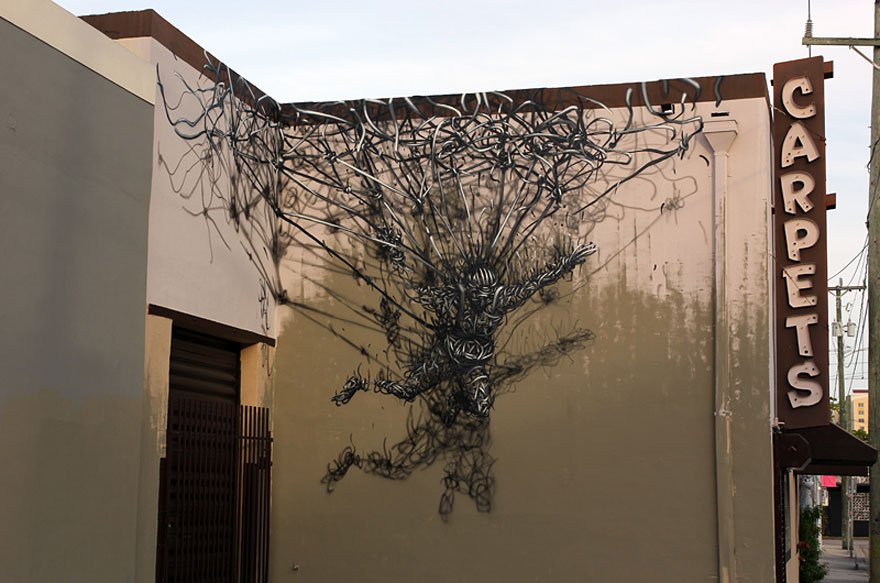 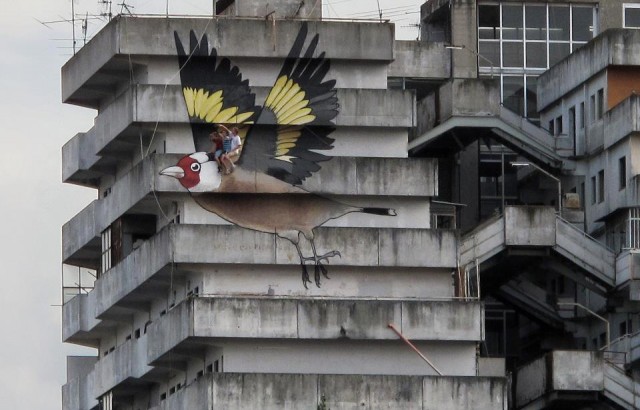 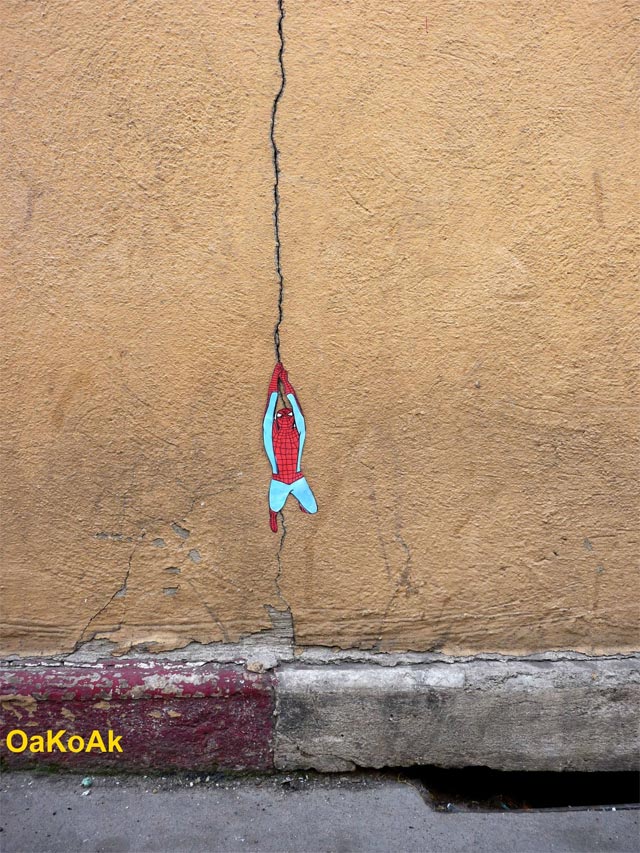 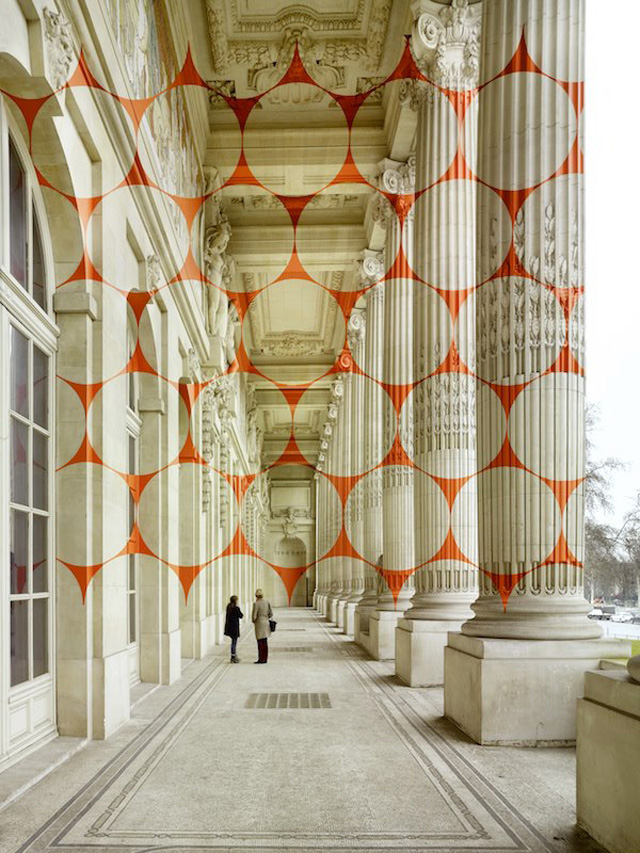 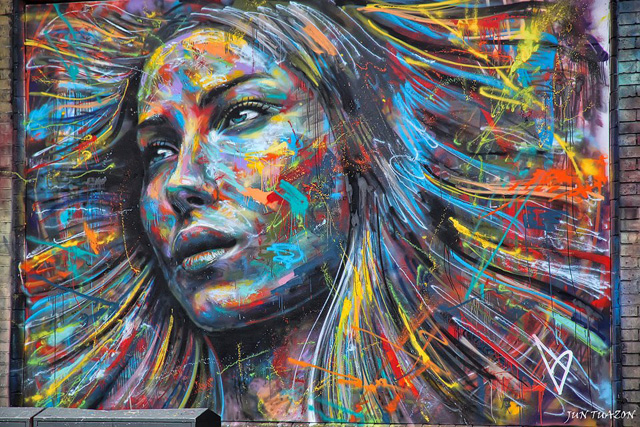