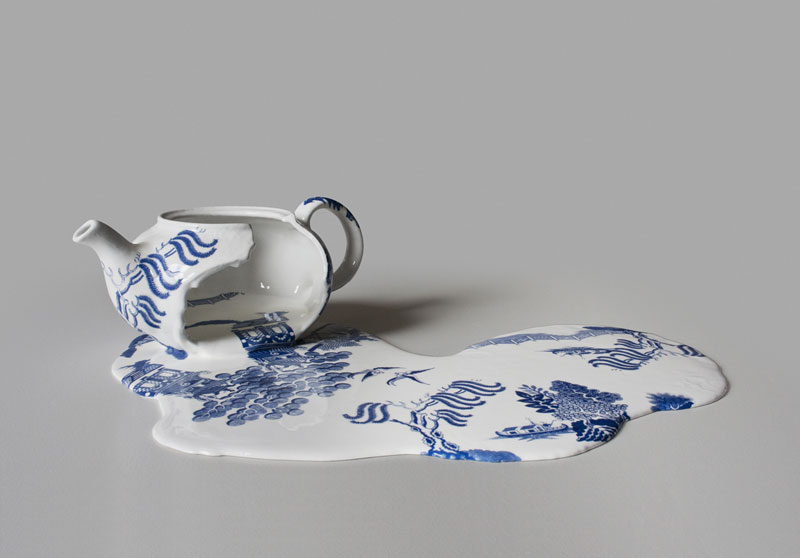 Nomad Patterns is an installation by London-based Chilean artist Livia Marin that is a reflection on our relationship with the everyday objects that populate our lives.
In a culture increasingly dominated by habits of consuming and discarding, Nomad Patterns interrogates the boundaries between the attention given to precious or elite artefacts and the lack of thought afforded to the mass production of utilitarian objects.

The exhibition takes as its central theme the well-known Willow Pattern motif – a pastiche of Chinese landscape decoration first engraved by Thomas Minton in 1780 and reproduced so extensively since then it has fallen into hackneyed convention. The once functional integrity of a design intended to cover a teacup or plate, has become a floating cipher.
Marin transforms ready-made pieces of crockery, altering the placing and scale of the decorative pattern to present a series of unique objects that appear paradoxically broken, yet complete. Approximately thirty works, made from the fragments of bowls, jugs and plates, are poised indeterminately at moments between collapse or restoration. Individually the works carry echoes of the prestige accorded to the best blue and white porcelain, with a nostalgic glance towards a bucolic past and the innocence of English tea rooms.

Livia Marin was born in Santiago, Chile in 1973 and completed a PHD at Goldsmiths College in 2012. She has had seven solo exhibitions in the UK and Chile since 1999 and her group exhibitions include Tectonic Shift: Contemporary Art from Chile from the Juan Yarur Collection, Phillips & de Pury and Saatchi Gallery, London, UK (2011), Contemporary Eye: Crossovers, Pallant House Gallery, Chichester (2010) and Poetics of the Handmade, The Museum of Contemporary Art (MOCA), Los Angeles, USA in 2007

You can see much more over on her website, and learn more at Eagle Gallery. (via if magazine, thisiscolossal.com) 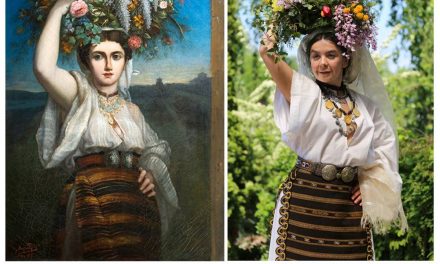 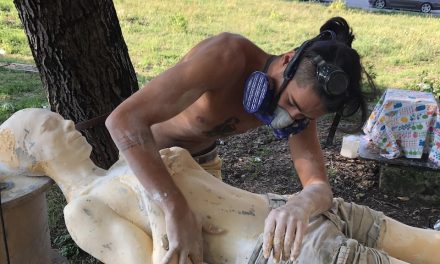