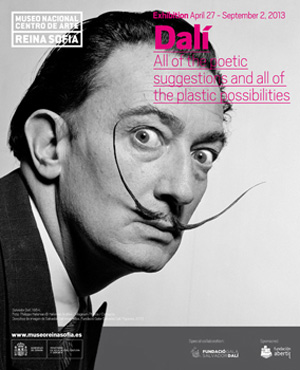 Dalí
All of the poetic suggestions and all of the plastic possibilities
April 27–September 2, 2013

Through a selection of over two hundred works (paintings, sculptures, drawings…) organised into eleven sections that follow something of a chronological order, this exhibition encourages visitors to rethink the place occupied by Salvador Dalí in the history of 20th-century art, suggesting that his importance as a figure and his legacy stretch beyond his role as the architect of surrealism. The exhibition—the subtitle of which comes from his article “San Sebastián” (1927), which constituted his first artistic manifesto—examines how this controversial and prolific creator of unmatched imagination was capable of generating perturbing art that speaks directly to spectators. An art that, reflecting the scientific discoveries of the times, explores and expands the boundaries of consciousness and of sensorial and cognitive experience.

All of the poetic suggestions and all of the plastic possibilities presents Dalí as an omnivorous and visionary artist who used himself as an object of study, and whose actions in the public sphere, whether they were calculated or improvised, made him an essential figure in the sphere of contemporary representation. The exhibition focuses primarily on his surrealist period. Special attention is devoted to his paranoid-critical method, which he developed as a mechanism for the transformation and subversion of reality, allowing the final interpretation of a work to depend totally on the viewer. Dalí’s works in connection with the painting The Angelus (1857-59) by Jean-François Millet—which the Catalan artist went so far as to describe as the richest pictorial work in unconscious thoughts to have ever existed—is where this method reached its highest expression.

The works on display, which begin with a selection of the pieces that Dalí created at the beginning of his career and his time at the Student Residence of Madrid (including some of his early self-portraits and drawings from the series “The Putrid”), also contain references to his mystical and nuclear stage (in which religious and scientific themes predominate) and to some of his set design projects (his collaborations with filmmakers such as Buñuel, Hitchcock and Walt Disney, his stage designs for ballets and plays…). At the same time, it takes a critical look at his facet as an agitator of the masses and media showman, it dedicates a specific section to his autobiographical book The Secret Life of Salvador Dalí (an effective symbiosis of the Dalí the illustrator and Dalí the writer) and it shows how from the 1970s to the end of his career his fascination for science and technology led him to explore new languages such as stereoscopy and holography. 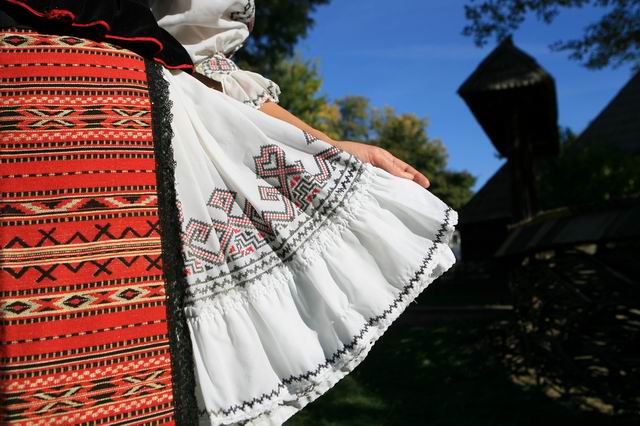 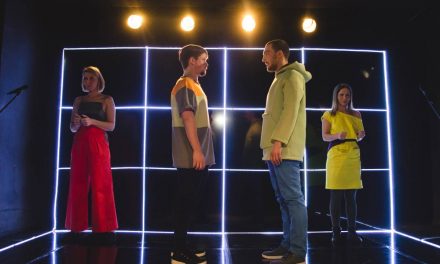 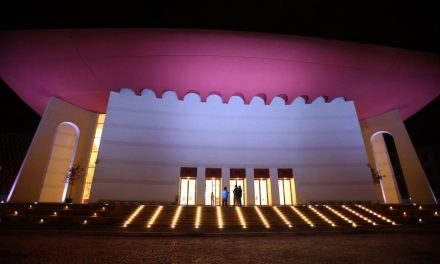