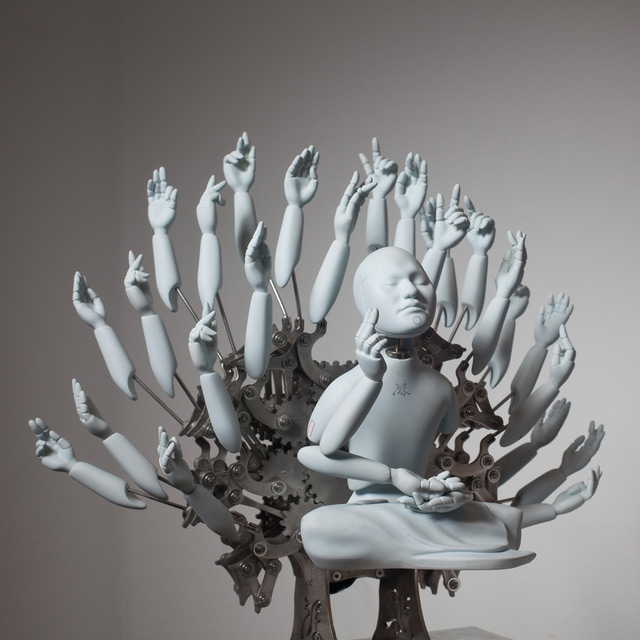 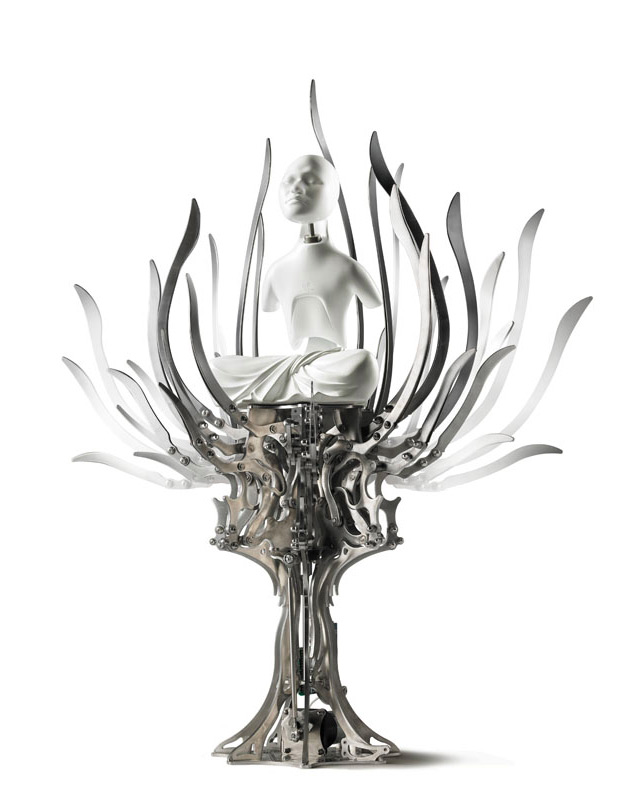 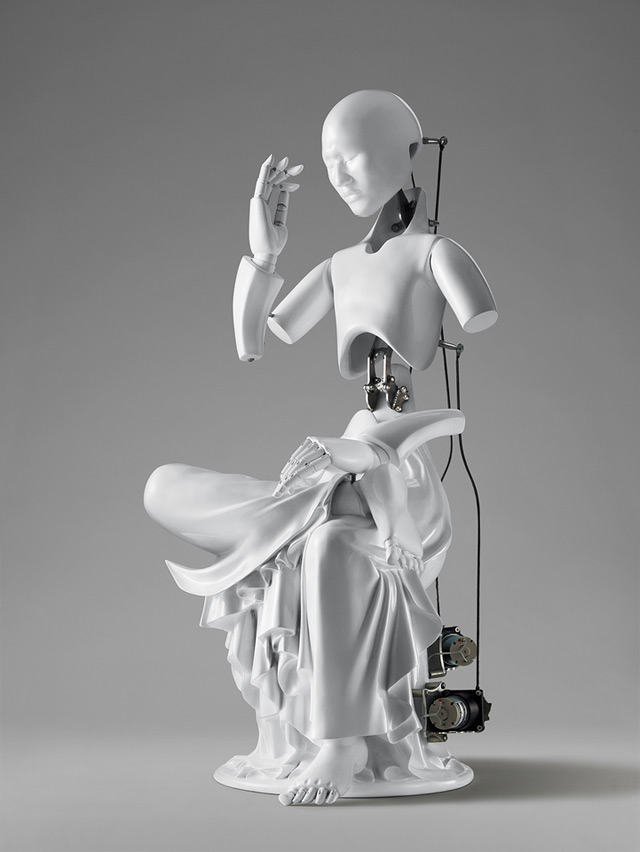 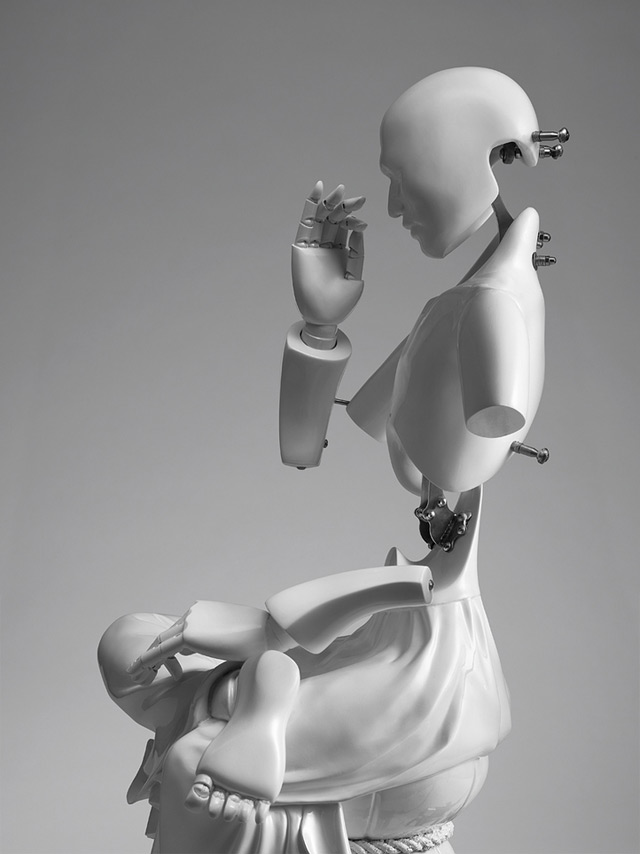 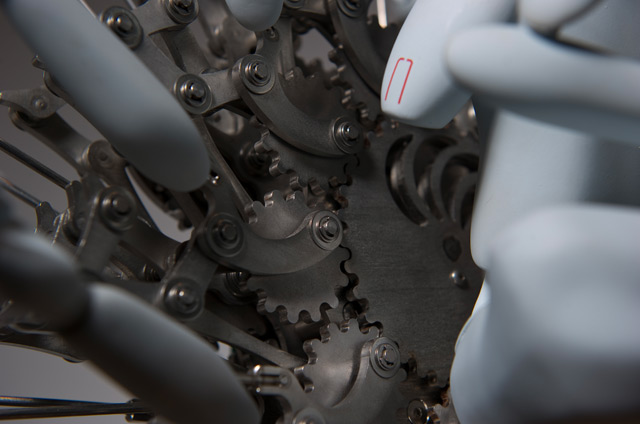 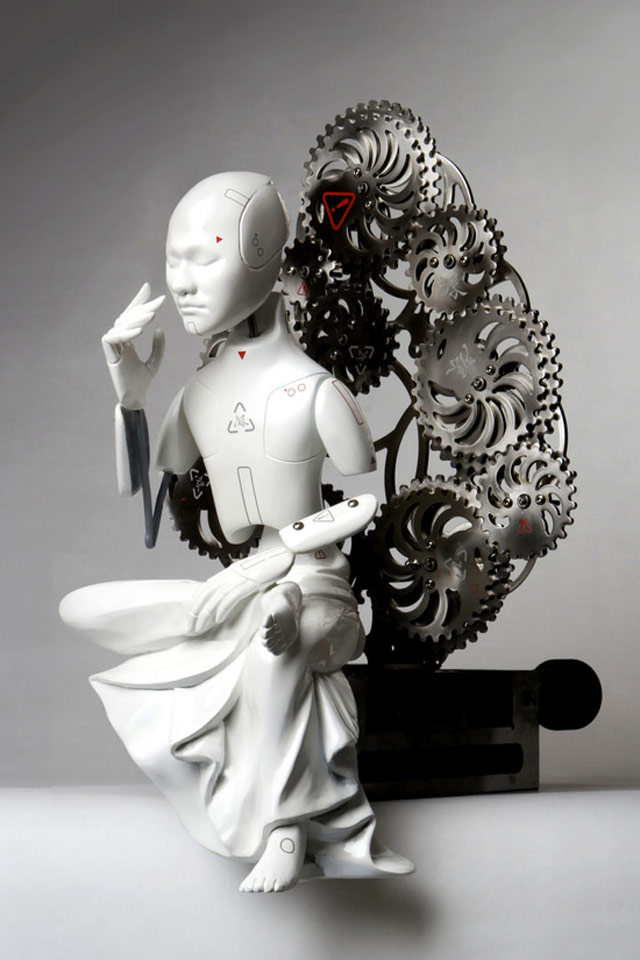 Ziwon WANG’s cybernetic sculptures poignantly address the ever increasing relationship between man and technology. The natural human features of Wang’s ‘post-human’ or ‘post-person’ sculptures with its serene and meditative expression are juxtaposed against the disjointed mechanical components, creating a jarring spectacle to the viewer. At the core of WANG’s works is the issue of decision making- the emotive human decisions against the coded and system judgments made by machines. Wang is concerned with the status of human thought and how it will transgress to the future. Wang’s interest in the manifestation and translation of the human decision making process in works of art through the passage of time can be found in the Buddha like poses which questions whether advancement of machinery and technology has, if any, changed the fundamental elements of human life.

The characteristic faces that are repeatedly found are in fact a self portrait of Wang himself. Wang’s combining of human features with the artificiality of the machinery are derived from the three stages of cybernetics. Wang is particularly interested in the stage of cyborg, of robots being able to take on roles of the human body such as artificial arms and legs to aid humans. Thus Wang is challenging of the often thought perception that the moral nature of human being are lost with the advancement of artificial intelligence.

Ziwon Wang graduated from Chungan University in Seoul, Korea with BA and MA in Sculpture in 2007. He was awarded the Song Eun Award in 2010 and selected for The National Art Studio residency programme 2011 in Korea. Wang’s works have been collected in many public collections such as the Seoul City Museum of Art and Incheon City’s Department of Finance, as well as co-operate instiutions as Art Bank Korea and Kolon Tower. Wang has exhibited in New York, Tokyo, Mumbai, Beijing, Hong Kong and Amsterdam.

Wang Ziwon : Human beings get involved with three forms of existences and some speculates the brand new type of human beings. Therefore, the fact that we are well aware of these existences is an opportunity that helps us navigate where to go in the future. I will contemplate what steps human beings would face? Furthermore, I will go over whether we remain personal existences when we become such as a cyborg, artificial intelligence or cyber doer. We are expected to have an opportunity that helps us think of what to be, what kind of existence we will decide to be?

Via Shin Seung-ho of Dukwon Gallery:

The artist predicts that in the future humans will evolve and adapt themselves to enhanced science and technology just as men and animals in the past evolved to adapt themselves to their natural circumstances. He sees this future as our destiny, not as a negative, gloomy dystopia. His work is thus based on neither utopia not dystopia. Wang represents the relations between man, technology and science through the bodies of cyborgs.

The artist considers it important to escape from human bondage in order to achieve harmony between men and machines. He thinks this harmony can be achieved through the process of religious practices and spiritual enlightenment. In Buddhism, the Bodhisattva of Compassion helps people attain enlightenment, Arhat is a spiritual practitioner of asceticism, and Buddha is a being who reaches the highest level of enlightenment. Through them, the artist intends to follow the path of enlightenment, breaking away from anxiety, agony, and pain. The artist has no intention to emphasize religious connotations through these Buddhist icons but to reflect his own or our own existence between utopia and dystopia. 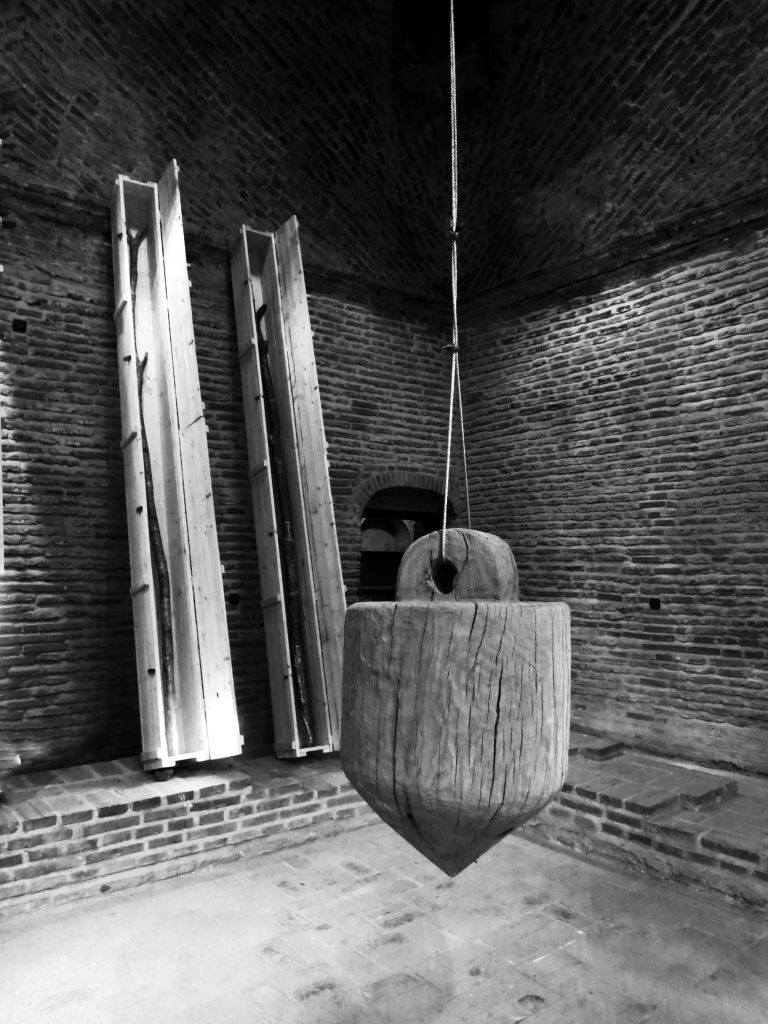 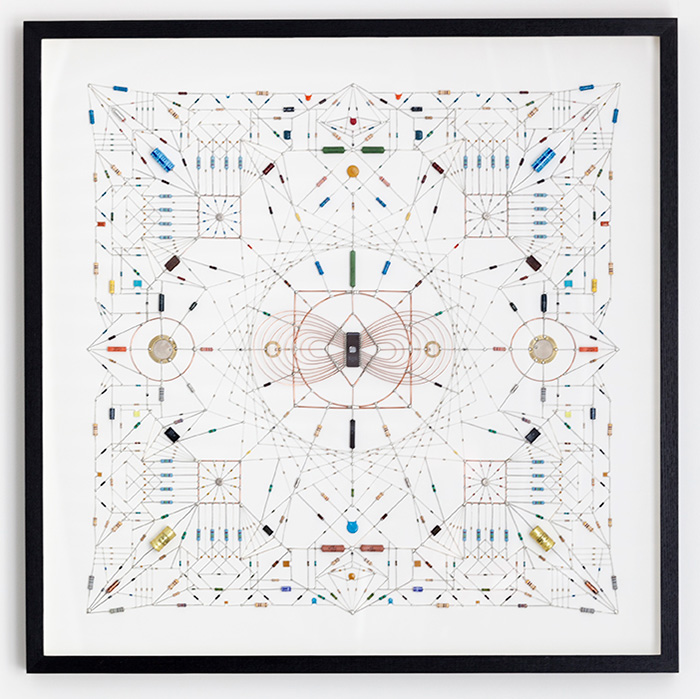 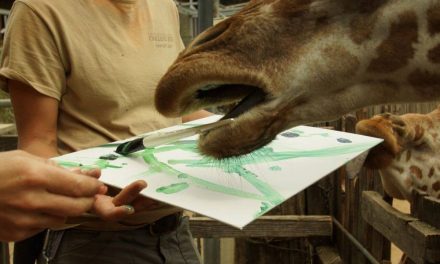 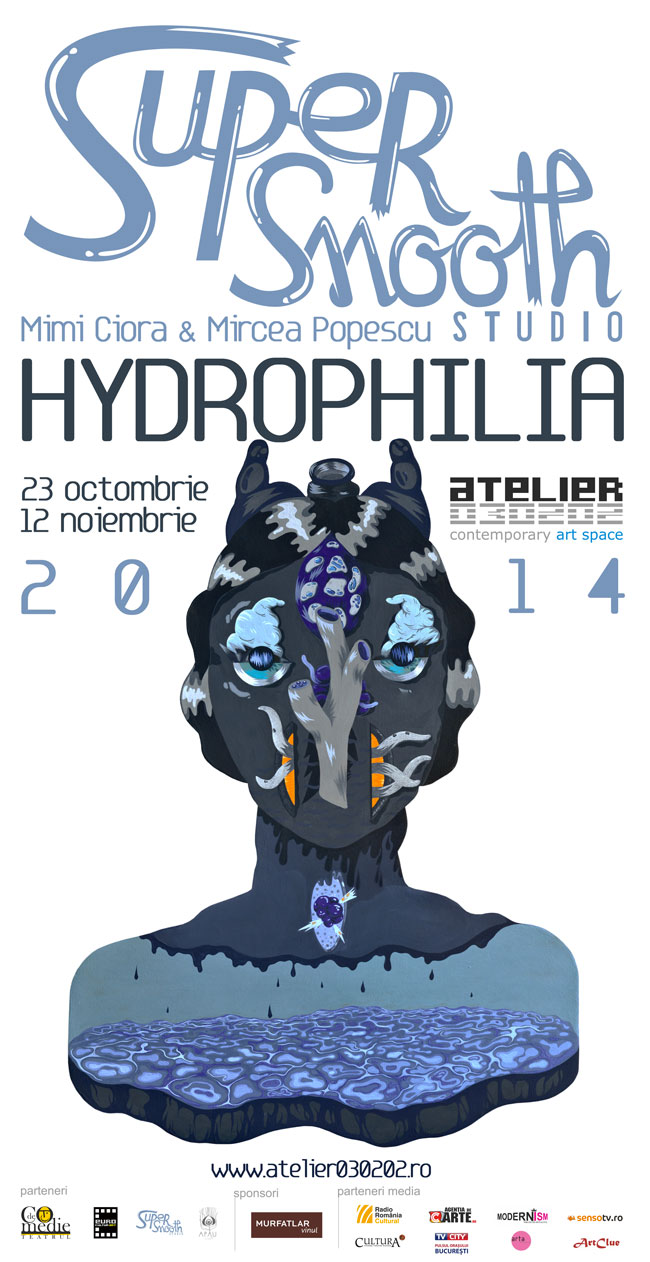