This solo exhibition includes a selection of Steven Shearer’s paintings, drawings and sculptures, featuring new and never-before-seen works, which draw from diverse influences such as art history, popular culture and vernacular architecture.

On the approach to the Canada Pavilion Shearer has created a nine-metre-high free-standing mural in response to the architecture of the adjacent British and German Pavilions. The mural is part of an alternate entrance to the Pavilion via a tool shed-like structure, one of Shearer’s signature motifs. This monumental facade features a new poem written by the artist, drawing from the vocabulary of Black and Death metal music, which conjures the sublime, nihilistic power of language, and seeks to provoke a visceral response in viewers.

Inside the Pavilion the exhibition comprises 12 paintings, featuring several of Shearer’s most recent works, including The Fauves, where the artist experiments with a variety of new techniques and explores the theme of the artist and his muse. The exhibition also includes 81 drawings, the majority of which have never previously been displayed. These works suggest an alternative side of dissent and social alienation, simultaneously exposing the vulnerability of the human subject and examining its relationship to the outside world. In addition, the show features one sculpture and a unique book of 127 poems.

Adopting and elaborating upon styles and themes specific to the history of figure painting, including those associated with Symbolism, Expressionism and Fauvism, Shearer draws formal and thematic parallels between art history and forgotten or discarded aspects of society. He exhumes objects, images and ideas from history but also from his own past, re-infusing these with meaning by inserting them into a contemporary context. His work stems from his ongoing compilation of thousands of images that are culled from sources such as fanzines, online message boards and image shrines on personal websites. These fragmentary sources function generatively as they are combined and recycled across his work. His art elicits the psychic and emotive potential within these images and transforms them to reflect his subjective experience.

ABOUT THE CURATOR: JOSEE DROUIN-BRISEBOIS, NATIONAL GALLERY OF CANADA
Josée Drouin-Brisebois is Curator of Contemporary Art at the National Gallery of Canada and has organized and written essays for numerous exhibitions, including It Is What It Is: Recent Acquisitions of New Canadian Art (2010); Nomads (2009); Caught in the Act: The Viewer as Performer (2008); Dé-con-structions (2007); and Christopher Pratt (2005). Her writing has also appeared in the book Otherworld Uprising: Shary Boyle, as well as in Canadian Art Magazine, Border Crossings, PAJ: A Journal of Performance and Art and Prefix Photo.

PUBLICATION
Steven Shearer’s presentation in Venice is accompanied by a 256-page full-colour publication, including an essay by Josée Drouin-Brisebois and an in-depth interview between the curator and the artist. The book is published by the National Gallery of Canada. 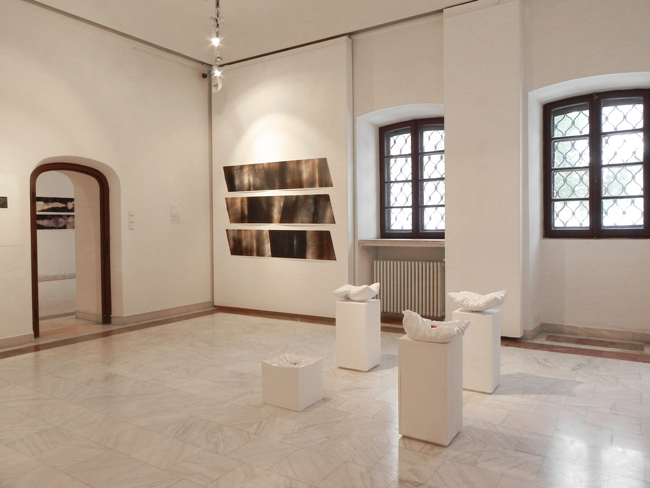