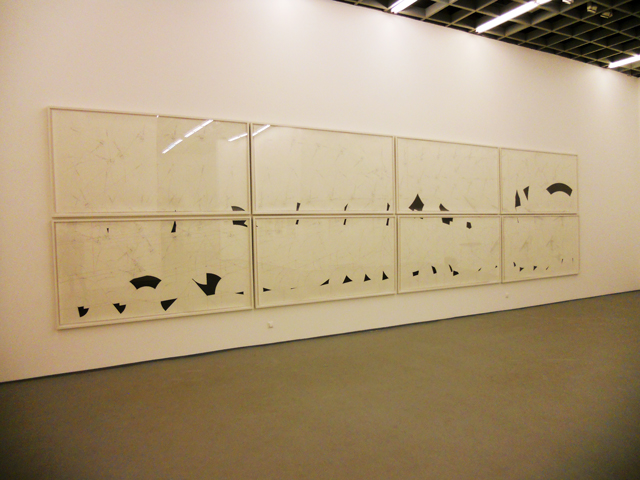 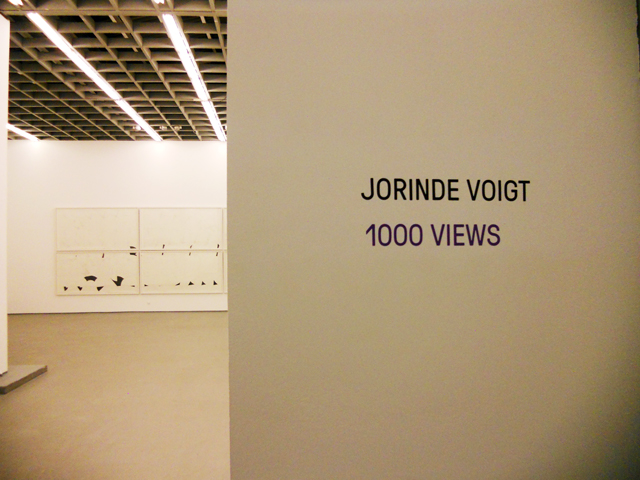 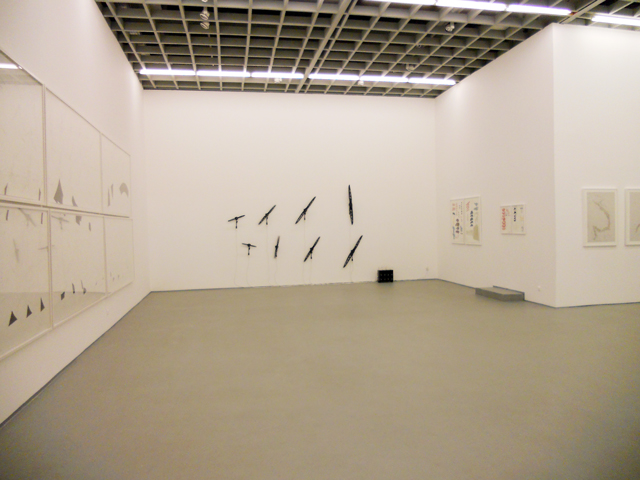 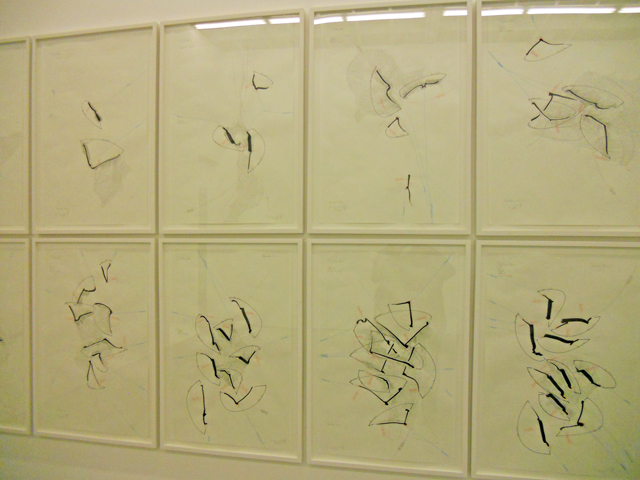 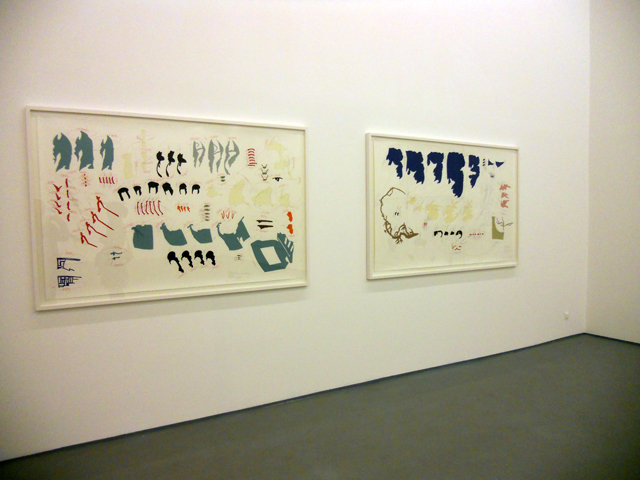 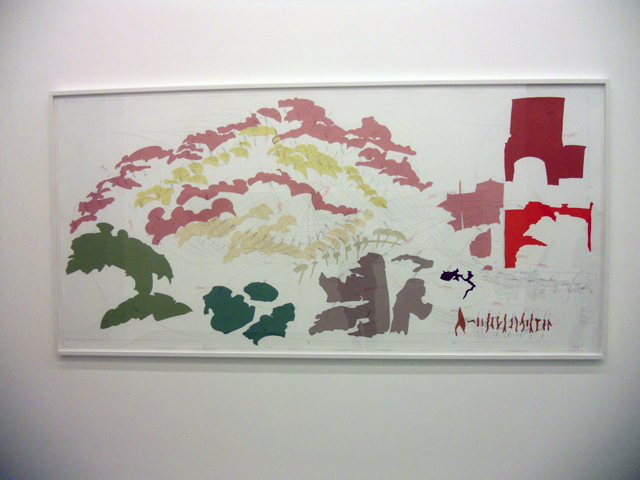 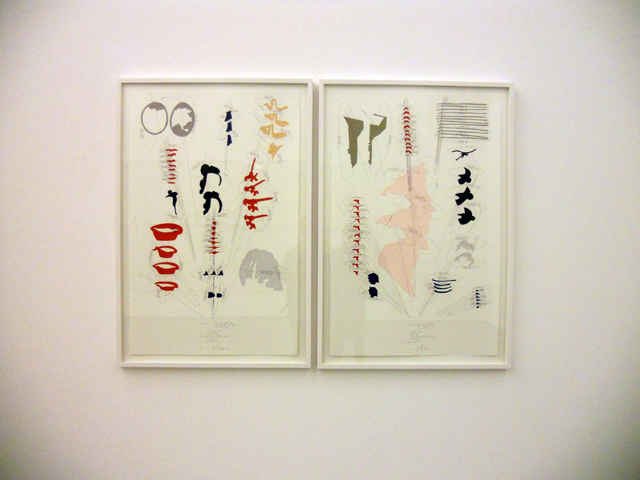 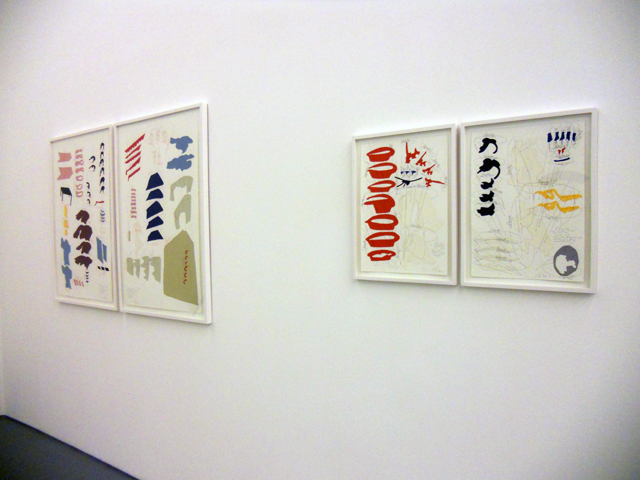 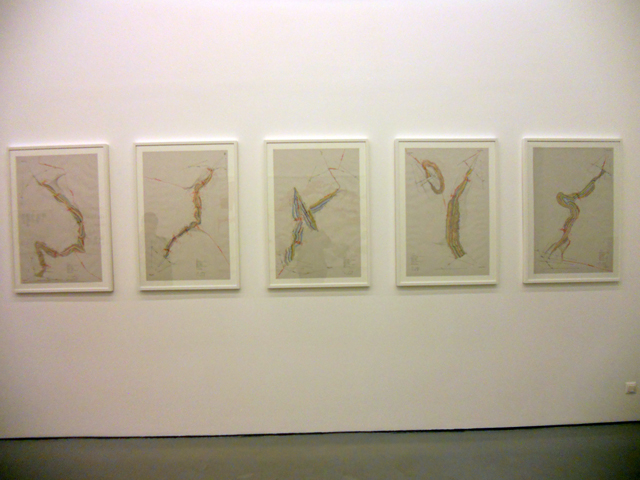 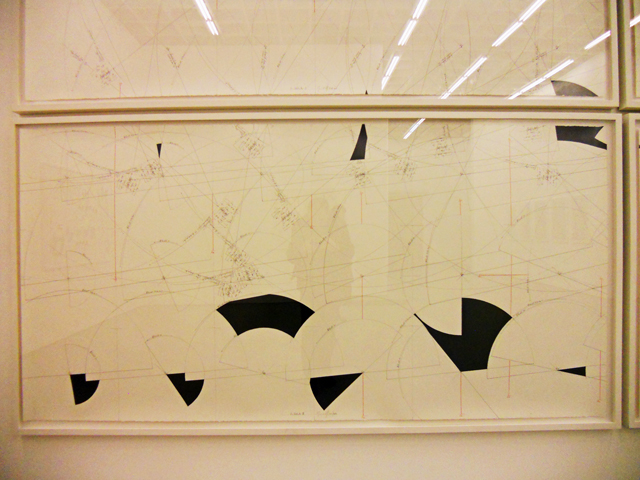 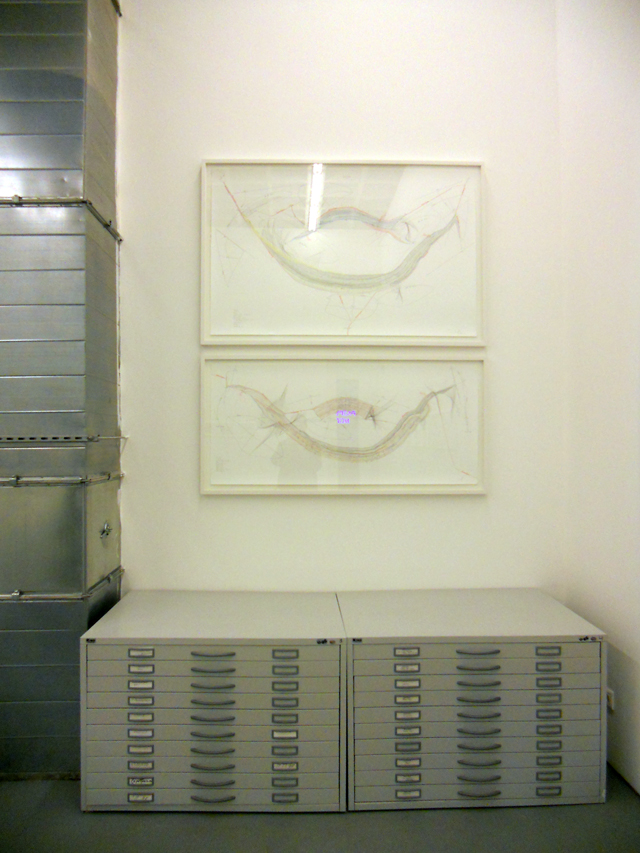 Regina Gallery is pleased to present ‘1000 Views’, the first solo exhibition in Russia by Berlin-based artist Jorinde Voigt. Voigt is the author of a unique style, which verges on symbolism, minimalism and conceptualism. Her drawings and installations have been praised by critics and widely exhibited throughout Western Europe. They have been compared to the works of Joseph Beuys – bright, expressive and enigmatic. ‘1000 Views’ is an exhibition which promises to be the highlight of the Fourth Moscow Biennale.

The exhibition consists of several projects including ‘2 People Kissing’, ‘308 Views’, ‘Horizons’ and ‘Botanic Code’, all of which lead the viewer into a labyrinth of symbols that Voigt has spent years developing. Her tools are her sketches, numerological systems, polyhedral geometric figures, serpentine lines and arrows. Each contain a mystery – for example the colour layouts she chooses. Symbols appear as if sounds from Morse code have united on paper from individual words, sentences and chapters. The viewer is encouraged at first to learn Voigt’s alphabet and then proceed to reading the signs of her art.

For the project ‘2 People Kissing’ Voigt carried out a test in which pictorial compositions are made from graphical, multi-coloured elements. These experiments went on to be highly regarded. Artworks from the cycle are symbolic – like musical etudes: every line, every mark and every random gap refers to a concrete fact. The performances from which her works are drawn are an integral element of her exhibition space. Voigt appeals to these happenings in an abstract way in order to intensify the effect of how the viewer perceives the figure.

Her next project – ‘308 Views’ – appears like a mixture of abstract painting and minimalistic graphics. The colour flashes throughout this cycle symbolise different moments of the author’s life. To speculate on the meaning of these colours is like looking into the puzzle of a Da Vinci Code. The mood of each moment is defined by the effect of continuous movement. In the ‘Horizons’ cycle such continuous movement became the main topic. Voigt exposed various images of horizons to spectrum analysis, a scientific process which changes the appearance and colour of its subject after a displacement of the viewing angle.

Fact is part and parcel of symbol. Every thing and all their syntactical connections are symbolic. Paper files are neat ways of accumulating ideas. These are the principles of Beuys that have been incarnated by Jorinde Voigt into her creative projects including ‘Botanic Code’. This series follows a distinctive and original visual framework. The sculptures in ‘Botanic Code’ are composed of different colour combinations based on plant leaves and branches gathered from all over the world: from Sydney and Frankfurt to Mexico and Paris. “The whole world in one element” is the way that Voigt describes her compositions. The series is comparable to the code in The Matrix, whereby each component is a fragment of some higher principle. Each fragment includes information on location, time, action, perception and paradox. ‘Botanic Code’ has already been exhibited in ten major cities. It comes to Moscow soon. 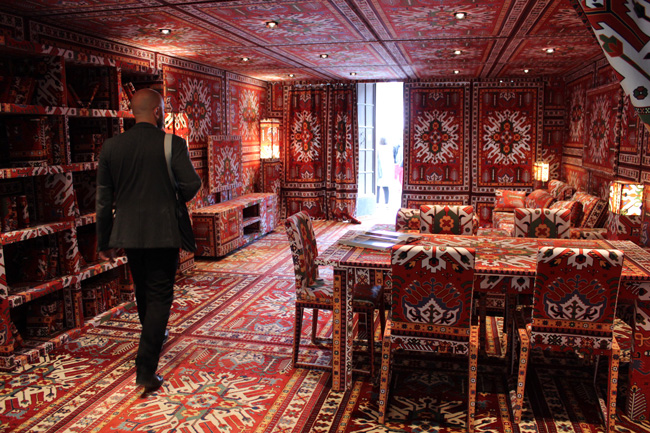 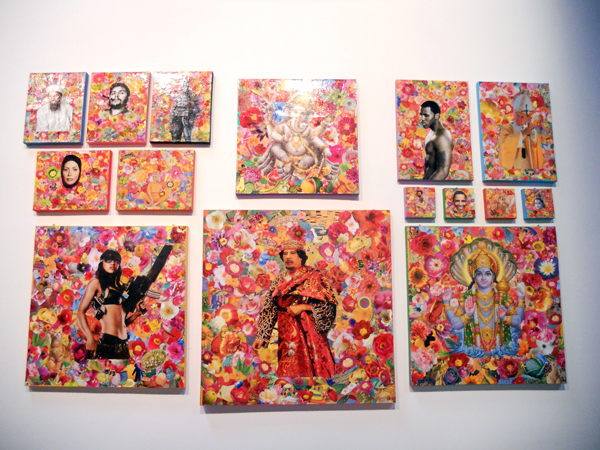