For the first time, he works with images of other famous and unknown photographers. The project which starts in a little Swiss city will travel around the world, in places where the same images will tell different stories. In a society hypnotized by images,  the understanding of a photo depends on its context. For example, a minaret posted in the heart of a Swiss city will not have the same meaning when posted in a Muslim country or in another European city. Every day, we decipher images based on our own reference framework and our own personal narrative.

This minaret is part of 14 works exposed in Vevey among which “The young priests ” by Mario Giacomelli posted on a church, “Woman with long hair ” by Man Ray posted on the Saint Jean Tower, a photo by Gilles Caron taken in 1969 of a man in Northern Ireland hiding a stone in his fist behind him, the dressing of a building with a photo by Robert Capa where we see German snipers during the siege of Leipzig, the photo by Helen Levitt of a prostitute wrapping the wall of the prison.

These images are part of a project about « re-contextualization », about opening of the cultural institutions which are hiding cultural treasures, and about the nature or an artwork. A photo by Salgado reframed by JR, is it JR’s artwork, Salgado’s artwork or something else?

And as usual, this exhibition is freely accessible to anyone, as it is posted on outside walls for a duration which is defined by the Festival Images, the wind, the rain and the passers-by. 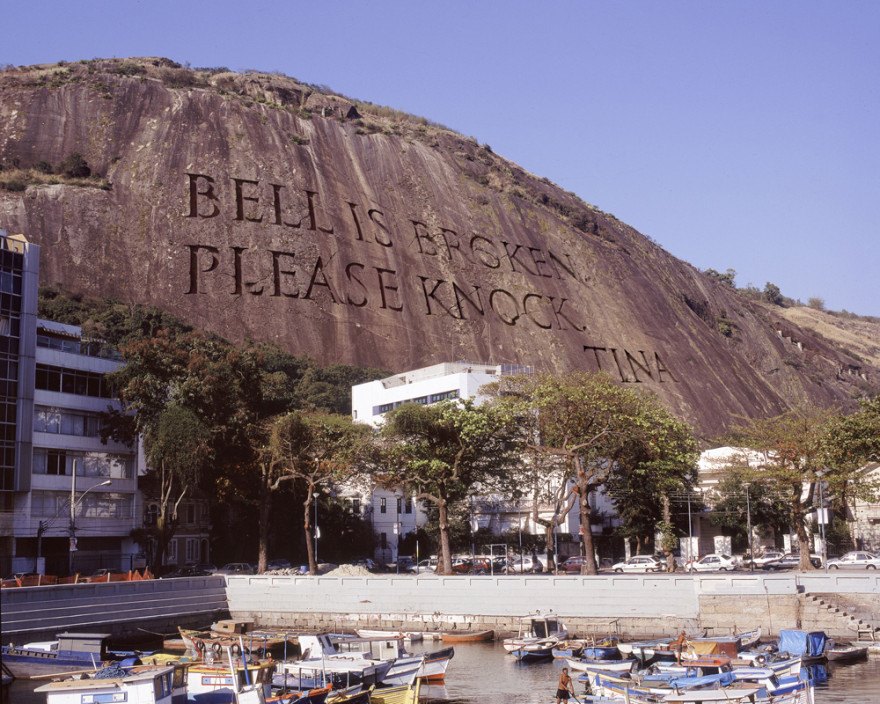 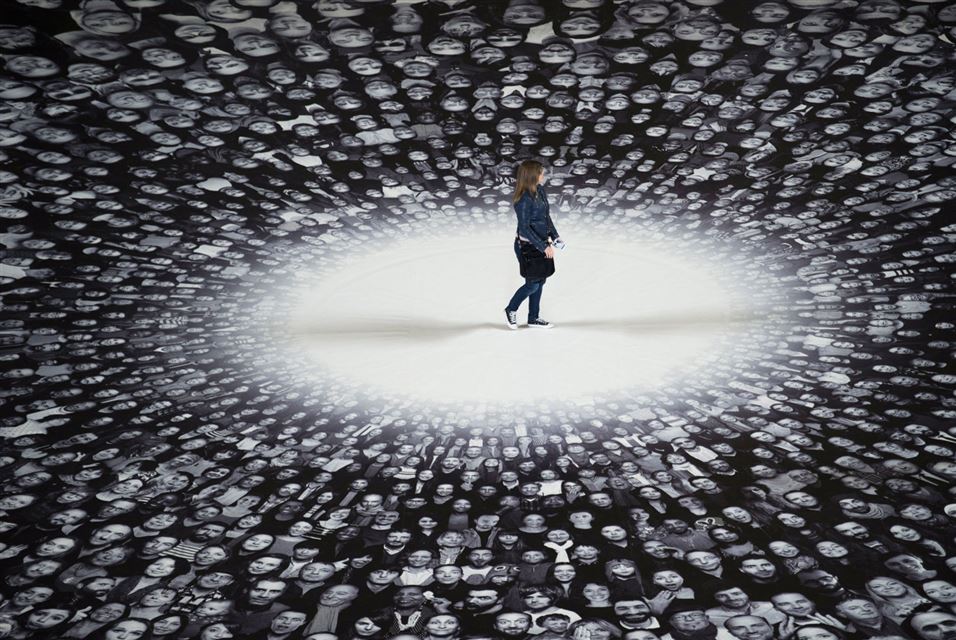 Street Artist JR Gives The Pantheon In Paris A Face-Lift 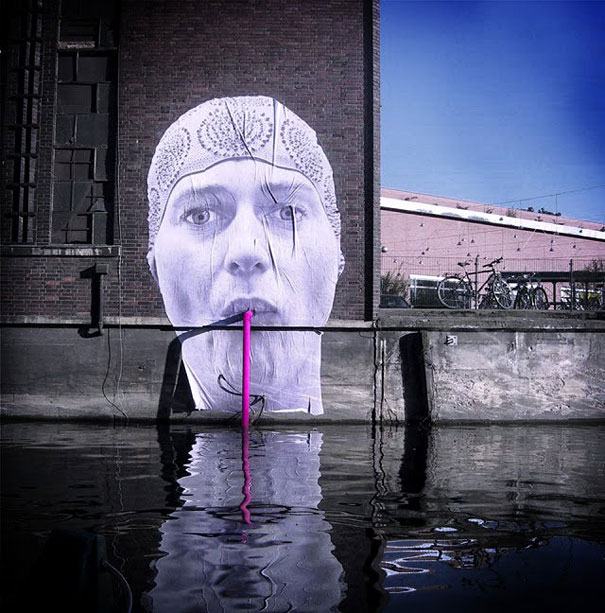