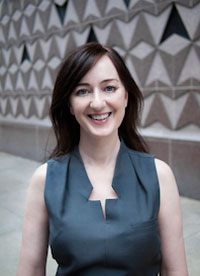 August 3rd, 2010 – The 5th BUCHAREST BIENNALE (Bucharest International Biennial for Contemporary Art), generated by PAVILION – journal for politics & culture – is set for 25 May – 22 July 2012, under the curatorship of Anne Barlow (UK/USA).

Bucharest Biennale is interested in the link between creative practice and social development, and correspondences between local and global contexts.  Now in its fifth year, the Biennale is building a strong partnership between Bucharest—in itself, a symbol of how the political can be reflected in every aspect of life—and Western Europe. The Biennale connects to a universal problem that transcends specific geographical or historical contexts, that of “resistance” in daily life. The Biennale is a structure that is able to transform the city itself into a site of ongoing activity, as well a field of action.

Fundamentally, European culture has been the result of exchange, sometimes peaceful, other times violent, that has taken place between neighbouring societies and different social groups within a given state. These horizontal and vertical forms of cultural exchange occurred in many different manners: through imitation, assimilation, dissimulation, appropriation, through either mutual understanding or hegemonic dominance.   The Biennale aims to operate in a way that demonstrates sensitivity and competence in dealing with the “others” as the “alter” from different cultural backgrounds. With BB4 being covered by more than 120 publications and seen by 58,000 visitors, the Biennale is now regarded as one of the most vital biennials in Europe.   By appointing a European-American curator Bucharest Biennale will provide a link the between two cultures in a different way.

Anne Barlow (born in Glasgow, Scotland), the appointed Curator of BB5, is Executive Director of Art in General, New York. After receiving an M. A. in the History of Art at the University of Glasgow, Scotland, Barlow acted as Curator of the Scottish Arts Council Collection of contemporary art (1989-1994) and Curator of Contemporary Art and Design at Glasgow Museums (1994-1999), where she managed a temporary exhibitions program, contemporary art and design collection, artists’ residencies, and new commissions.  From 1999-2006, she was Curator of Education and Media Programs at the New Museum, New York, where she oversaw the scope of the museum’s educational and public programs; initiated and developed Museum as Hub, a global network initiative that connected the museum with international contemporary art partners in Cairo, Eindhoven, Mexico City and Seoul; organized inter-disciplinary roundtables with leaders in the fields of the visual arts, architecture, and design; and curated numerous exhibitions and performances. Independently, she also collaborated on the exhibition Copy It, Steal It, Share it at Borusan Art Gallery, Istanbul (2003), and guest-curated film and media projects for Threshold Artspace, Perth, Scotland (2007). Barlow has published for organizations including Liverpool University Press/Tate Gallery Liverpool; the Henry Moore Institute, Leeds, United Kingdom; the Edith Russ House for Media Art, Oldenburg; the New Museum, New York; and Art in General. She was also a lecturer/ guest critic for organizations including the Royal College of Art, London; Centre for Contemporary Art, Warsaw; MUMOK, Vienna; New York University; The Cooper Union for the Advancement of Science and Art, New York; and Tate Modern, London.

The Assistant Curator to Anne Barlow will be Romanian Simina Neagu (b. 1988). Since 2009 Neagu has been working as Assistant Director at Pavilion UniCredit center for contemporary art and culture, and the Pavilion journal for politics and culture and Bucharest Biennale. She studied art history, curating ,and art criticism at University of Bucharest and University of Arts, London. She collaborated with institutions such as the Romanian National Museum of Art, the Centre for Visual Introspection and Swedish Travelling Exhibitions. She is a regular contributor to the online platform sfere.ro, and is currently writing her thesis on Eastern European neo-avantgarde and preparing “Caution! Institutional Space!” exhibition.

The co-directors of Bucharest Biennale are Răzvan Ion & Eugen Rădescu.

Răzvan Ion (b. 1970) is a theoretician, curator, cultural manager and political activist. He is the co-editor (with Eugen Radescu), of PAVILION – journal for politics and culture, co-director of BUCHAREST BIENNALE and in 2008 he was appointed director of PAVILION UNICREDIT- center for contemporary art & culture. He has lectured at venues including the University of California, Berkeley; Headlands Center for the Arts, San Francisco, California; Political Science Faculty, Cluj; Art Academy, Timisoara;  La Casa Encedida, Madrid; and the Calouste Gulbenkian Foundation, Lisbon.. Ion writes for different magazines and newspapers, and recently curated “Exploring the Return of Repression” at Pavilion, Bucharest and rum46, Aarhus. He is now working on the book project “Exploring the Return of Repression” and his new curatorial project “Smash the Church! Smash the State!” dealing with anarchist and collective activism and social-political movements in art. His next curated exhibition, “Disruptive Monsters: From Representing to Constructing Situations, will be in 2011. From 2010 he will have classes in the University of Bucharest, Romania. Ion lives and works in Bucharest.

Eugen Rădescu (b. 1978) is a politologist (specializing in moral relativism and political ethics), cultural manager, curator and theoretician. He is a professor at the Political Science Faculty in Bucharest and Cluj, Romania, and writes for various magazines and newspapers. Among other exhibitions, Rădescu curated Bucharest Biennale 1 with the theme “Identity Factories” and “How Innocent Is That?” at Pavilion Bucharest. He is co-editor of PAVILION – journal for politics and culture and co-director of BUCHAREST BIENNALE (with Răzvan Ion) and the chairman of the organizational board of PAVILION and BUCHAREST BIENNALE. He has lectured at venues including Art Academy, Timisoara; La Casa Encedida, Madrid; the Calouste Gulbenkian Foundation, Lisbon; and Apex Art, New York. He recently returned from a residency at Apex Art, New York, and published the book “How Innocent is That?” with Revolver Publishing, Berlin. He is also a proffessor at Political Science Faculty in Cluj, Romania. Rădescu lives and works in Bucharest and is currently working on a new book on moral relativism.

The BB5 press conference is possible with the support of the Romanian Cultural Institute, New York and Art in General, New York.

Bucharest Biennale is generated by Pavilion – journal for politics and culture.

The new website of Bucharest Biennale 5 is under construction and will be up in September 2010.

This is a project by PAVILION – journal for politics and culture.
www.pavilionjournal.org 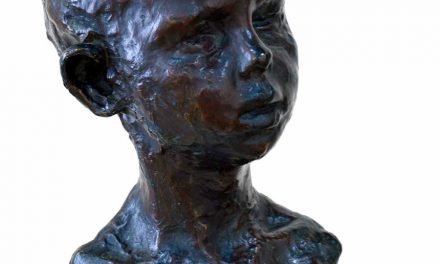