The Fondazione Cassa di Risparmio di Modena is proud to announce the leading event among the exhibitions promoted by the Fondazione Fotografia in 2009-2010: History, Memory, Identity: contemporary photography from Eastern Europe, a rich and thorough exhibition dedicated to the protagonists of Eastern Europe art scene. As in the title, History, Memory and Identity are the main themes of this major exhibition, real “open questions” for many eastern European citizens who – after the fall of the Berlin wall on 9th November 1989, faced a radical change during their history and, as a consequence, find it difficult to give themselves a new identity.

The exhibition presents 29 artists coming from 18 different countries, among which the Russian Federation, Lithuania, Estonia, Poland, the Czech Republic, Slovakia, Romania, Serbia e Croatia,many of whom are exhibiting for the first time in Italy. More than 150 works will be on display, not only photographs but also movies and video installations. Julius Koller, Artur Zmijewski, Adrian Paci, Milica Tomic, the IRWIN group, Mladen Stilinovic, Maja Bajevic, Roman Ondak, Calin Dan, Iosif Kiraly, are famous international artists, while others, such as Fikret Atay, Andreas Fogarasi,Banu Cennetoglu are younger but already known on the international art circuit. Among the emerging talents: Anetta Mona-Chisa & Lucia Tkacova, Gintaras Didziapetris, Alexandra Croitoru.

There are many different ways of looking at the works on display, as many are the opportunities offered to reflect on Eastern as well as Western contemporary reality: if the new pop heroine, protagonist of the series ROM_ by Alexandra Croitoru, with her tricolour balaclava, succeeds in making fun of Rumanian nationalism and international racism at the same time, the photograph Centro di Permanenza Contemporanea, by Adrian Paci, opens a window on illegal immigration, a reality that in Italy is a strongly debated issue.

Artists like Maja Bajevic, with the video How do you want to be governed? or Artur Zmijewski, with the detention experiment documented in the video Reconstruction, ask questions concerning any human being, while other artists concentrate on specific local aspects which, through art, acquire universal value. This is the case of the video installation XY Ungelöst by Milica Tomic which, by reconstructing a ethnic homicide occurred in 1989, reminds us of the importance of collective responsibility, or of the video by Renata Poljak, in which Croatian unauthorized buildings mirror the arrogance and violence of a mentality more and more widespread in contemporary society.

The survey offers various occasions for reflecting on the past and on its influence on contemporary reality: in the works by Mladen Stilinovic(Sales of Dictatorship and Artist At Work), irony becomes the key to demystify past and present ideologies, while the images showing a concentration camp built with LEGO bricks, by the Polish artist Zbigniew Libera, are a warning against any form of human horror, proposing at the same time a reflection on the education of future generations.

History, Memory, Identity will be held in the venue of Sant’Agostino hospital from 13th December 2009 to 14th March 2010, and will present to the public the second series of acquisitions of the international collection of contemporary photography, movies and artist videos  promoted by the Fondazione Cassa di Risparmio di Modena . The exhibition, curated by Filippo Maggia , is a follow up to the show Asian Dub Photography, which presented, last winter, the first section of the collection dedicated to the Far East , including, among others, works byNobuyoshi Araki, Daido Moriyama, Hiroshi Sugimoto, Kimsooja and Rirkrit Tiravanija. 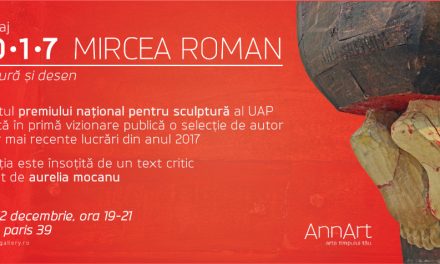