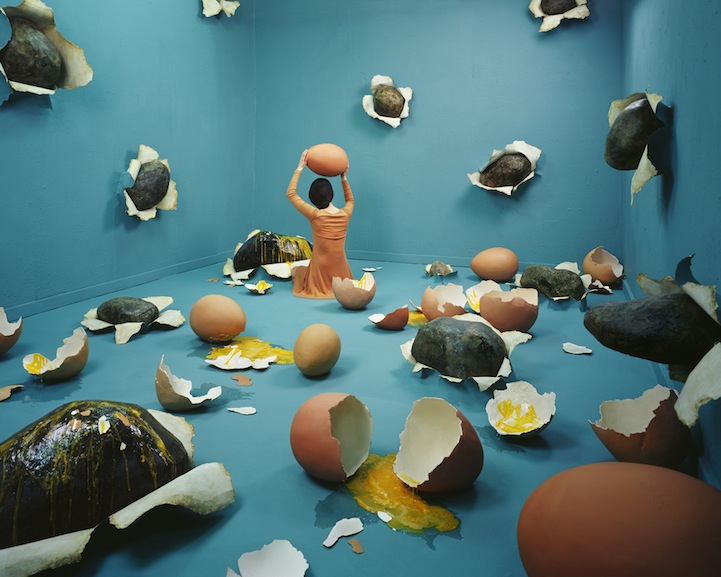 Jee Young Lee creates highly elaborate scenes that require an incredible amount of patience and absolutely no photo manipulation. For weeks and sometimes months, the young Korean artist works in the confines of her small 360 x 410 x 240 cm studio bringing to life worlds that defy all logic. In the middle of the sets you can always find the artist herself, as these are self-portraits but of the unconventional kind. Inspired by either her personal life or old Korean fables, they each have their own backstory, which of course, only adds to the intense drama.

From February 7 to March 7, 2014, OPIOM Gallery in Opio, France is proud to present a selection of Lee’s ongoing body of work called Stage of Mind. This will be her first European exhibition.

Resurrection
Inspired by the Story of Shim Cheong, a Korea folktale as well as by Shakespeare’s Ophelia, Lee JeeYoung made this installation by painting paper lotus and flooding the room with fog and carbonic ice in order to create a mystic atmosphere.

Lotus flowers grow from the impure mud to reach for the light and bloom to the rise and fall of the sun; in Asia, it bears various cultural symbolisms such as prospects and rebirth. It is also known for its purifying function. The presence of the artist in the heart of such flower is meant to convey her personal experience. “I was born again by overcoming negative elements that had dragged me down and cleansed myself emotionally. The figure within a lotus blooming implies a stronger self who was just born again and is facing a new world”. It is this is very moment when one reaches maturity and full-potential that Lee illustrates in “Resurrection”, and, more generally speaking, throughout the entirety of her corpus.

Treasure Hunt
Treasure Hunt is based on the artist’s childhood memories. Lee devoted three months to crafting the lush multitude of wire leaves – it evokes a child-like wonderland.

Panic Room
Contrasting with Lee’s legend- and literature-inspired moral messages, Panic Room is also based on the artist’s childhood memories. Amidst Panic Room’s swirling patterns, objects fly off in all directions in an absurd dizziness.

Broken Heart
Broken Heart makes visual the Korean expression “like breaking a stone with an egg” – an ineffectual effort against insurmountable adversity.

I’ll Be Back
This piece is based upon a Korean fable in which a tiger chases desperate children into a well. A god lowered a rope from the sky by which the child escaped, but when the tiger cried out for help, a rotten rope was lowered, condemning the tiger to a miserable fate. Painted traditional fans are meticulously arranged as a whirlpool, while a hand emerges from its eye to grab a rope hanging down from above; hope can save oneself from even what can appear as the most desperate situation.

My Chemical Romance
Many pipe lines crawl on the building walls of the artist’s neighborhood in Mangwondong (Seoul). Forming checkered and intertwined structures, rather than being merely straight, pipes creep up the exterior of a building and connect each space within it; whether for gas or water, they play a delivering-in-and-out role and function as a sort of passageway. From this angle, they appear to the artist as elements of nervousness and danger which she associates with social interactions and communication. Complicatedly intertwined, much like a maze or obstacles in a hurdle race, they remind her of the potential misunderstanding, anxiety or disappointment to which misunderstandings can lead to. The difficulty of such interactions is highlighted by the black and yellow PVC pipes, usually inherent to danger warnings in industrial sites or traffic and road signs. In addition, steam generated by a fog machine connected to the pipes symbolizes the moment of conflict and clash in relationships and communication.

A black dog slowly walking out of the frame in this autobiographic piece indicates a specific person who inflicted pain onto the artist. Or, as she suggests, it may represent others in general as opposed to the woman in the back, who is the artist herself.

Last Supper
Last Supper conflates the Christian image of the meal that foreshadows Jesus’ impending demise with the competition for limited resources illustrated by hundreds of rats racing toward the table from which the artist appears to be rescuing a plate of cheese.

As Hyewon Yi, Director and Curator of Amelie A. Wallace Gallery states, “Drawing upon prodigious powers of imagination, she labors for months to create effects that seem to expand and contract physical space. And always, a lone figure inhabits and completes her narratives. Jee Young Lee assumes the roles of set designer, sculptor, performer, installation artist, and photographer – and she executes them all magically.”

via My Modern Met 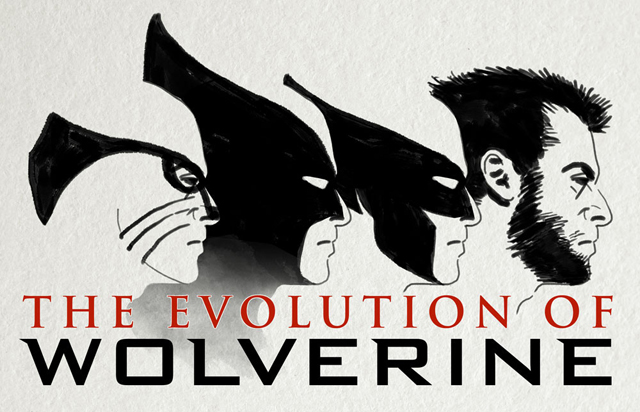 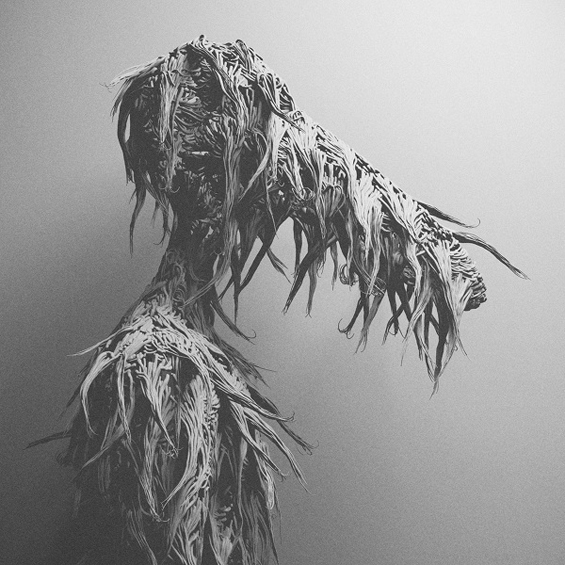 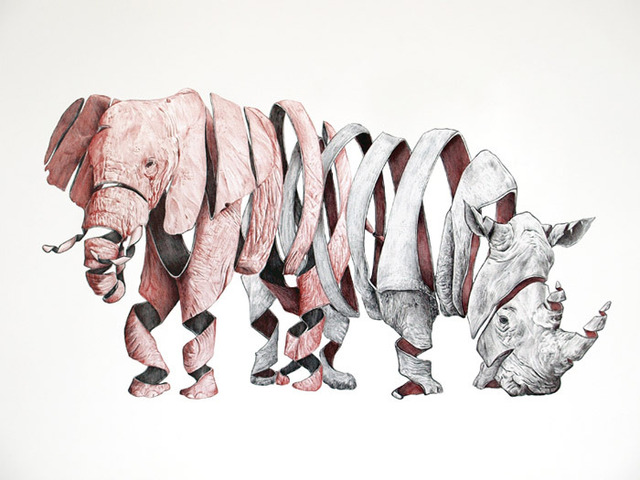 Emptyland, Illustrations of Hollow Animals Intertwined with One Another 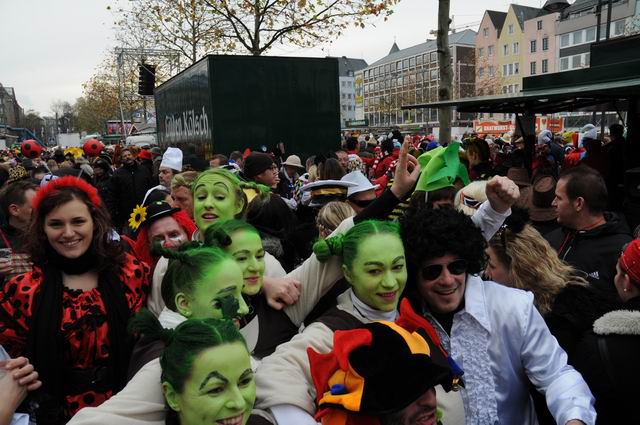