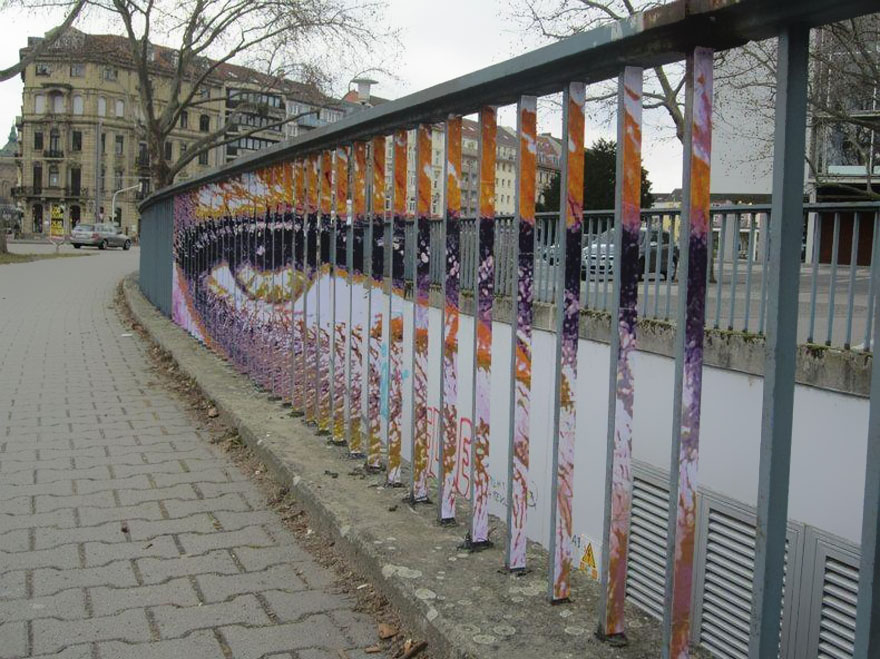 German street art duo Zebrating has been raising eyebrows with their unconventional and innovative street art designs. The designs are only fully visible from  certain angles, effectively hiding them in plain sight.

Zebrating achieve this unique effect by designing their art such that it would be painted on the sides of railing and fence supports. When seen from the front, they simply look like railings, but if viewed from the side while walking by, the flat sections form the impression of a single, beautifully painted work of two-dimensional art. Their work requires a thorough understanding of perspective,which they clearly have. Judging by their Facebook page, they’ve run into trouble with the police a few times, but they’ve also got a solid and supportive fan base.

The duo operates primarily in Germany, but has installed art all over the world. They are at home both on the street and in the art gallery, which makes sense because many of their street works look like they would also feel perfectly at home as two-dimensional pieces in a gallery. They are gradually spreading their art to other cities, so make sure to keep your eyes open for their hard-to-spot street art! 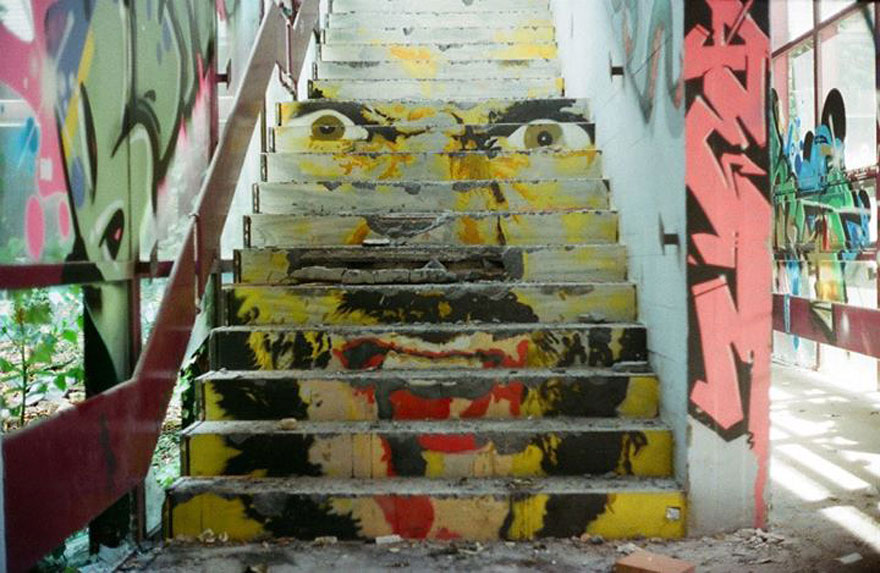 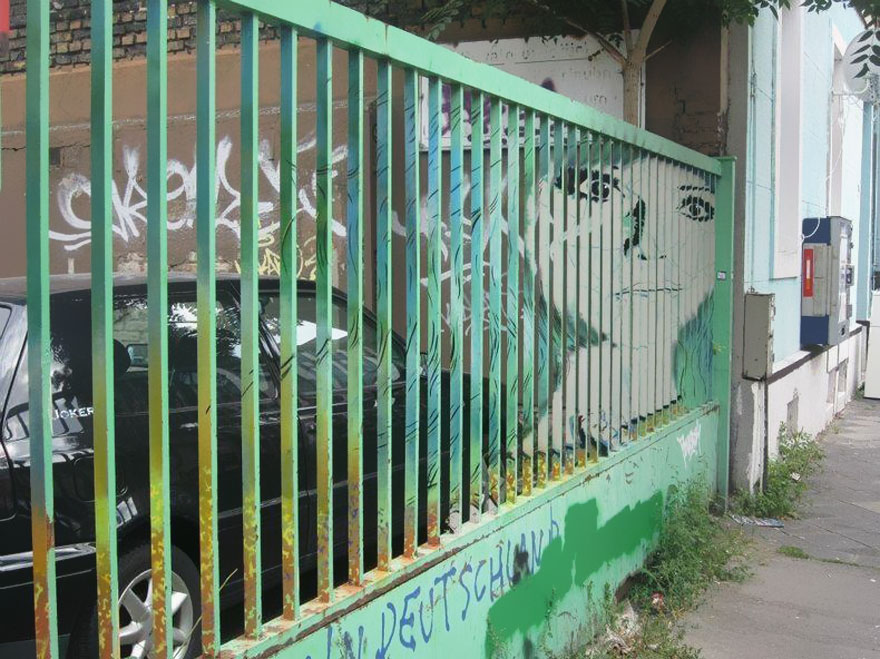 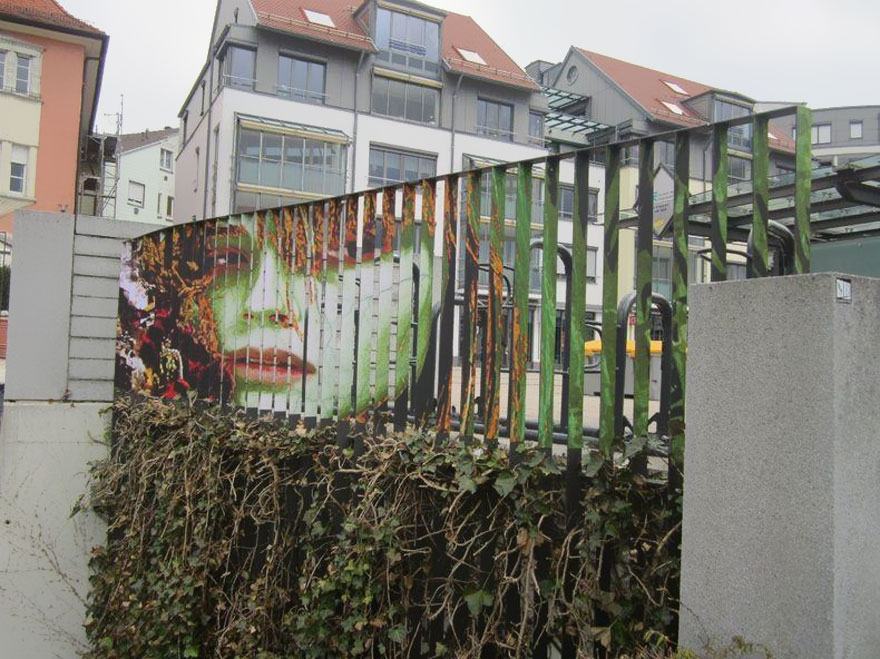 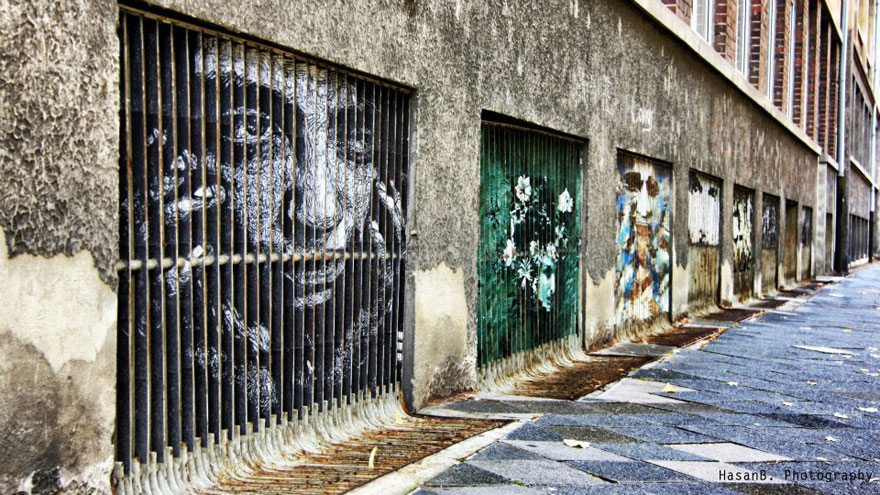 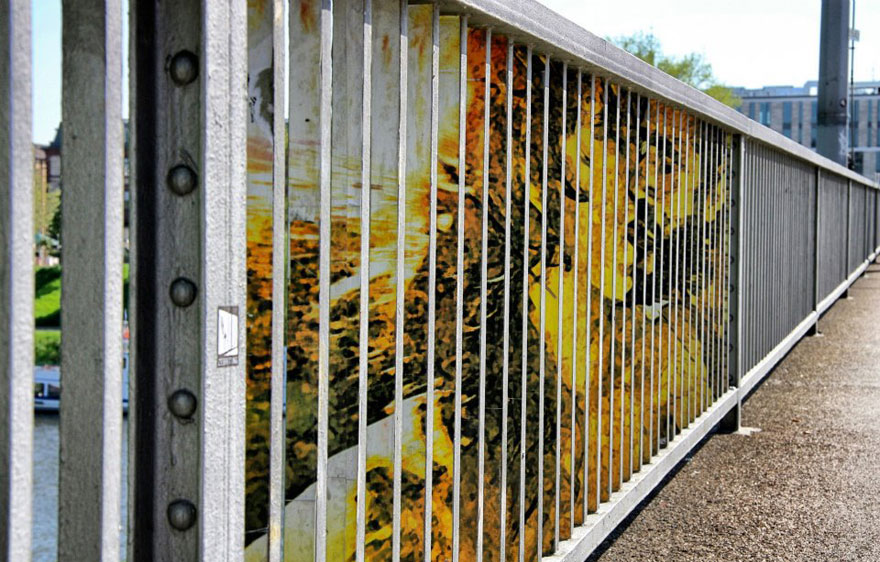 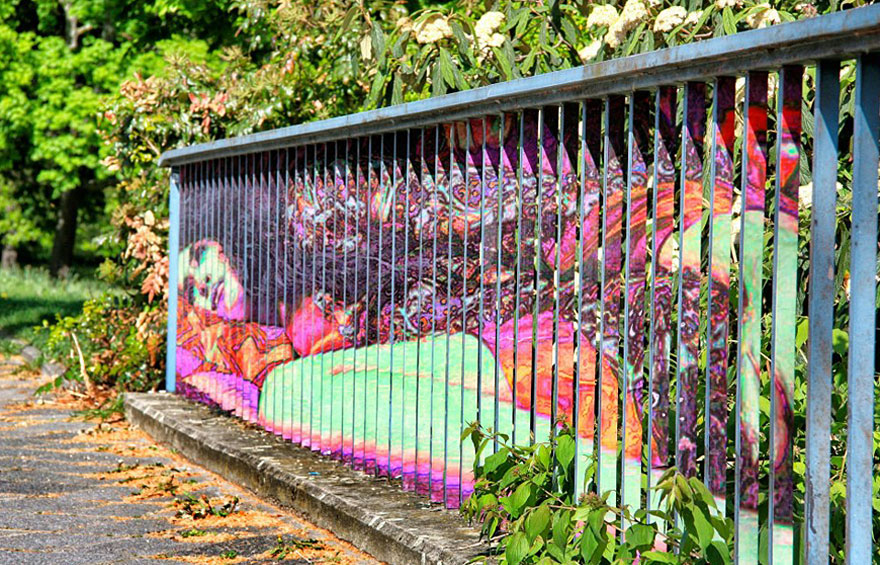 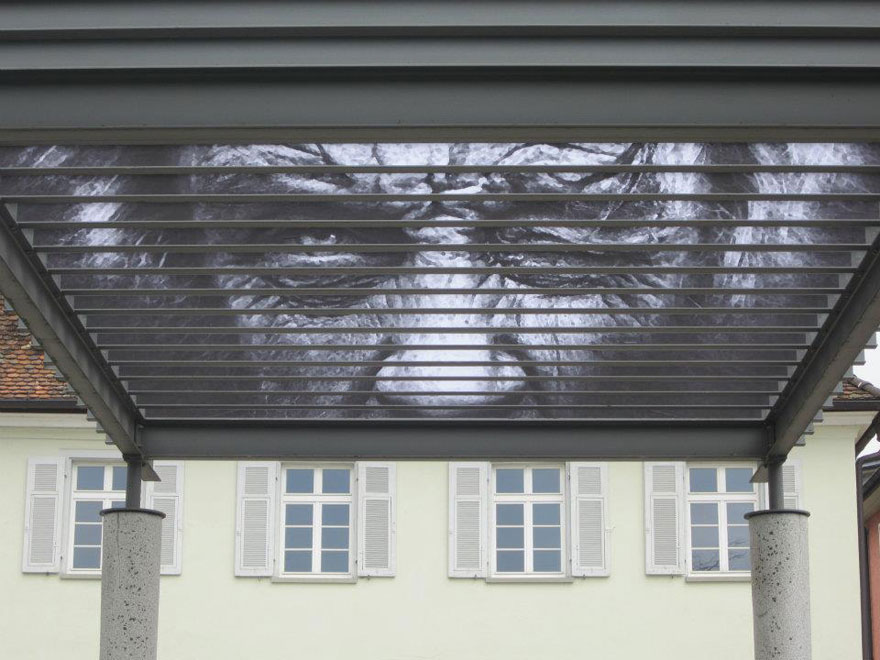 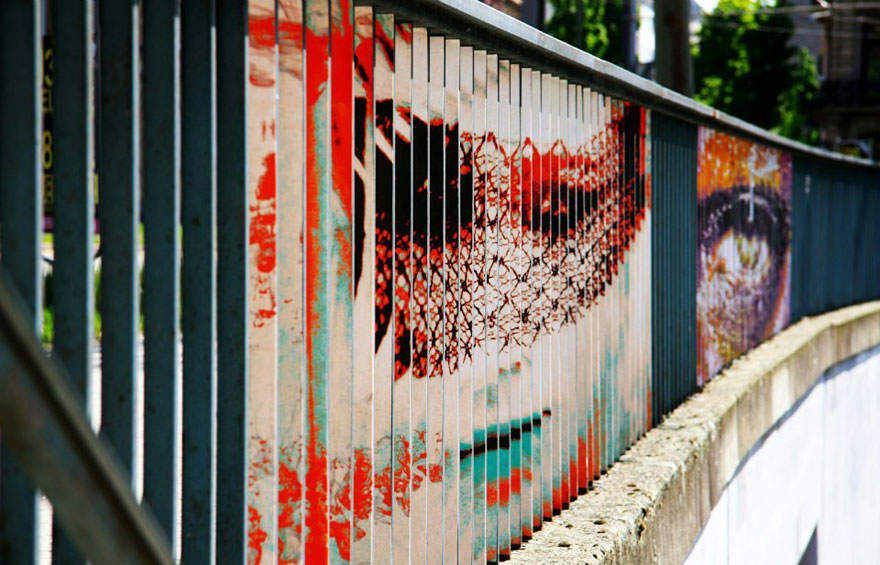 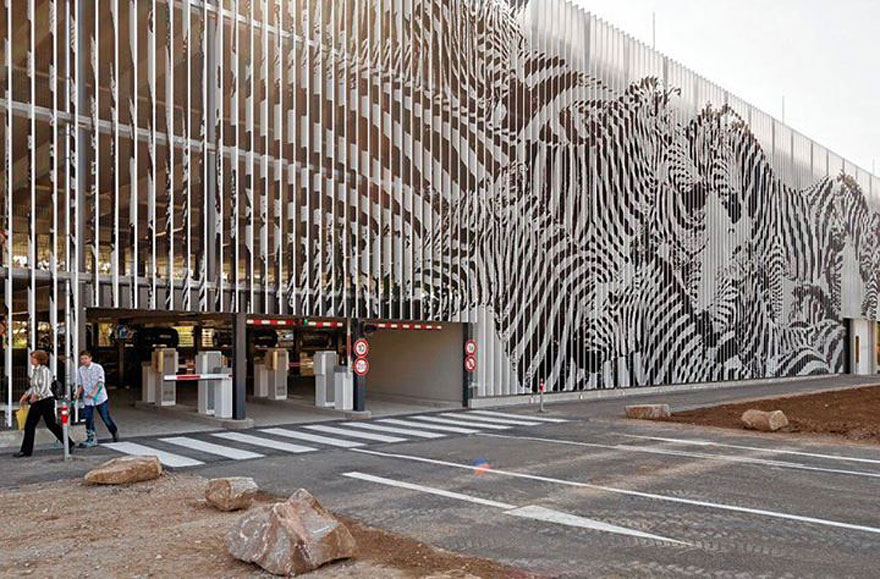 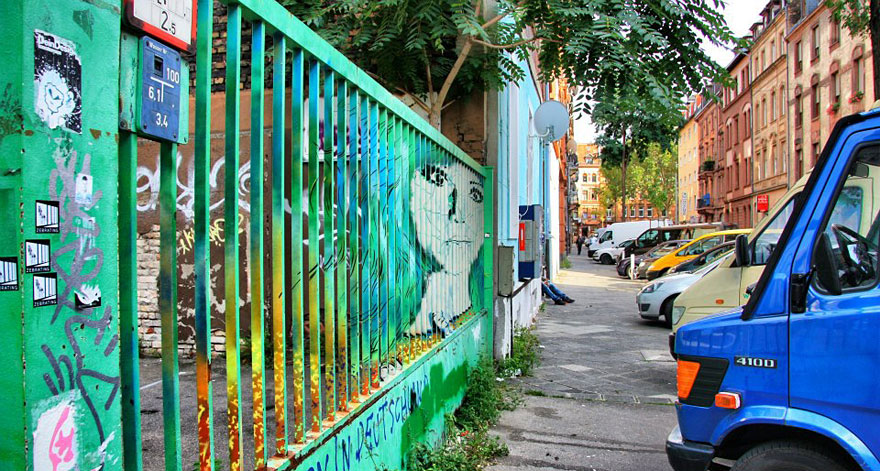 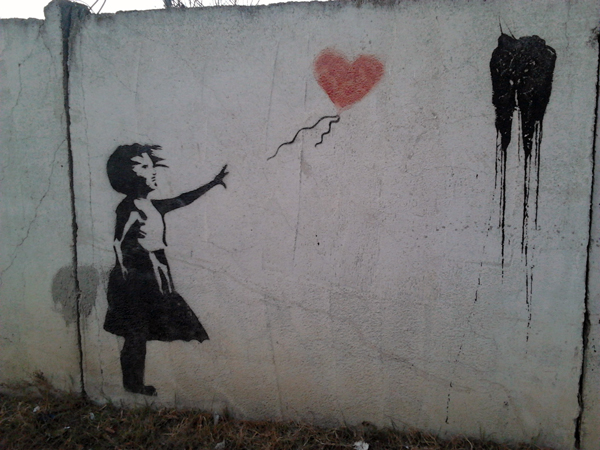 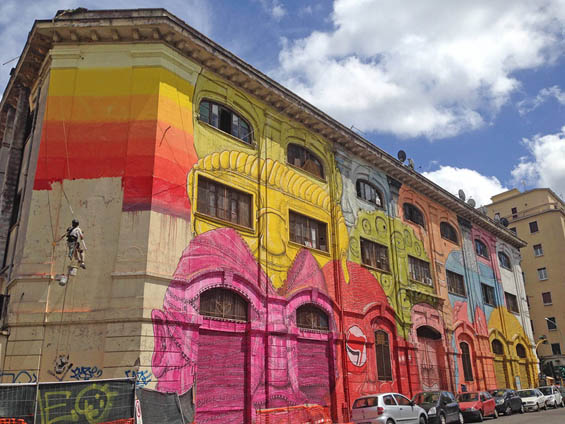 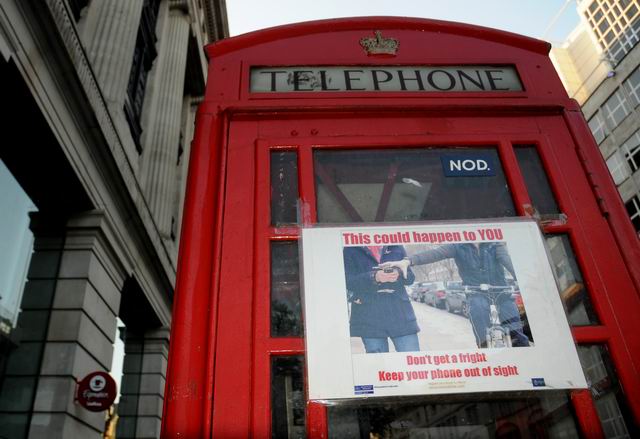 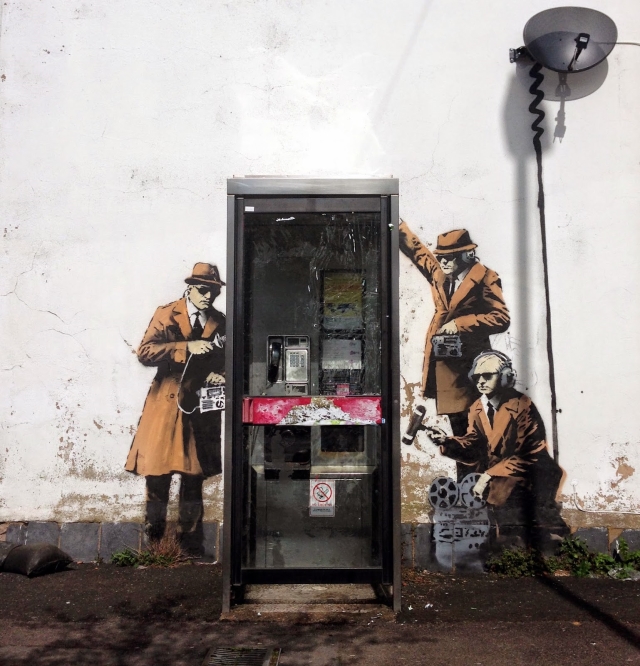 New Banksy Art Explores the Role of Technology in Our Lives