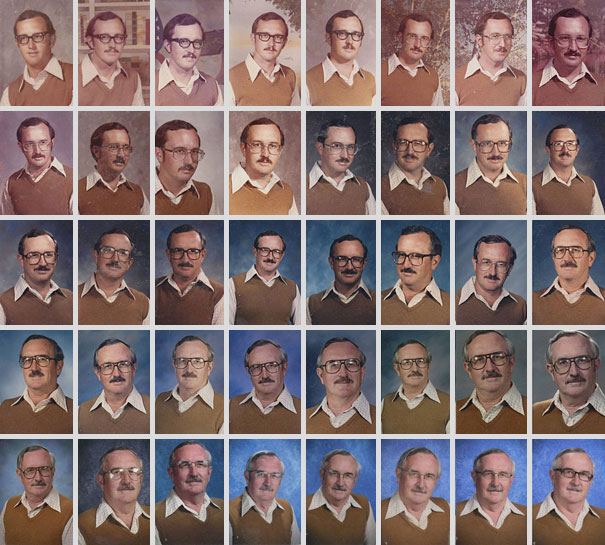 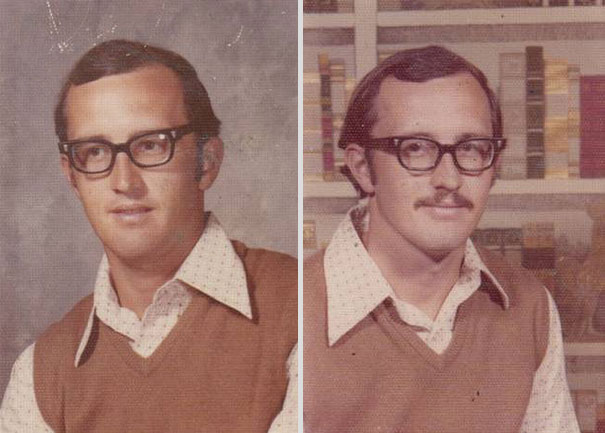 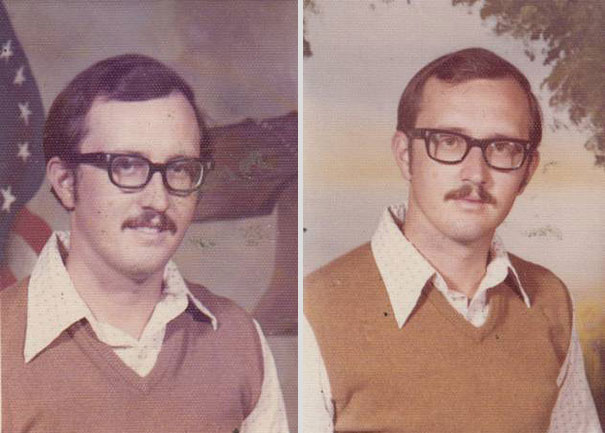 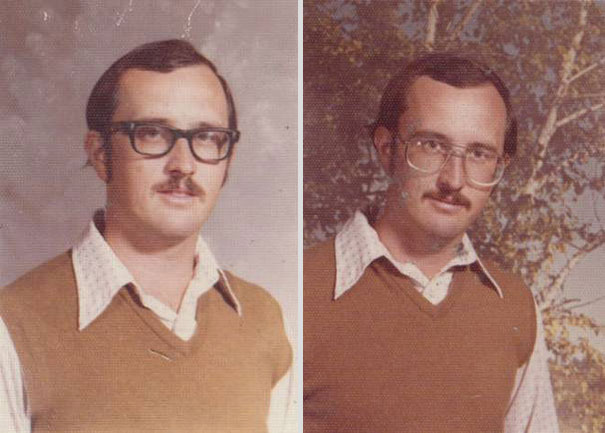 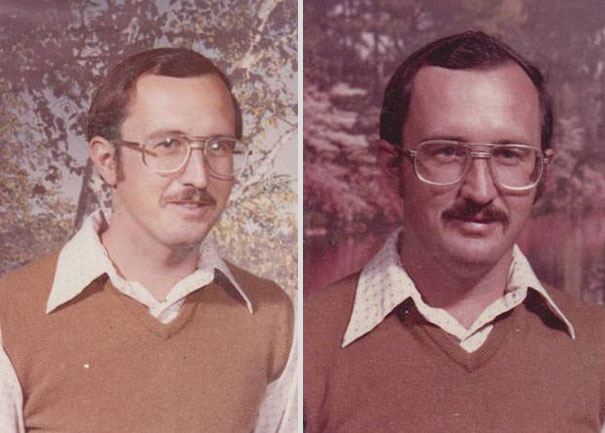 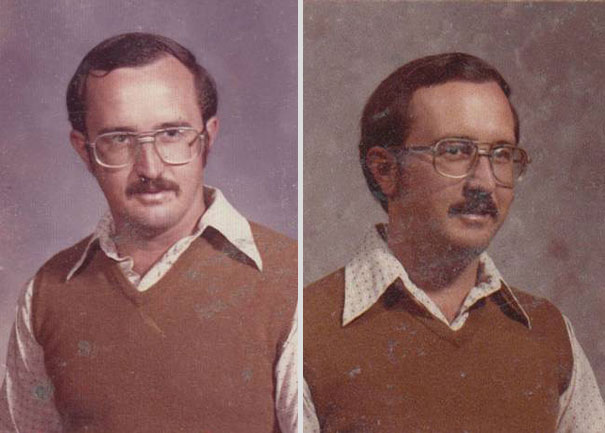 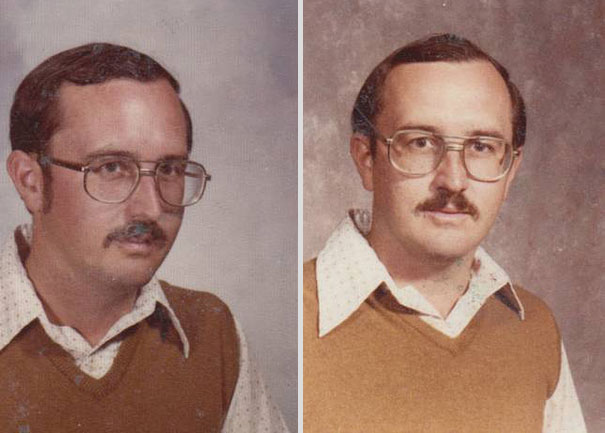 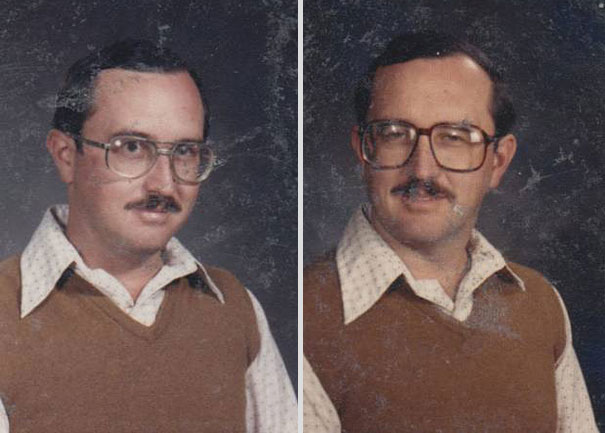 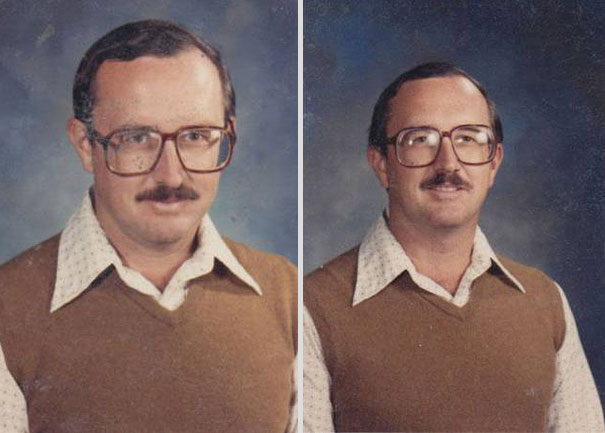 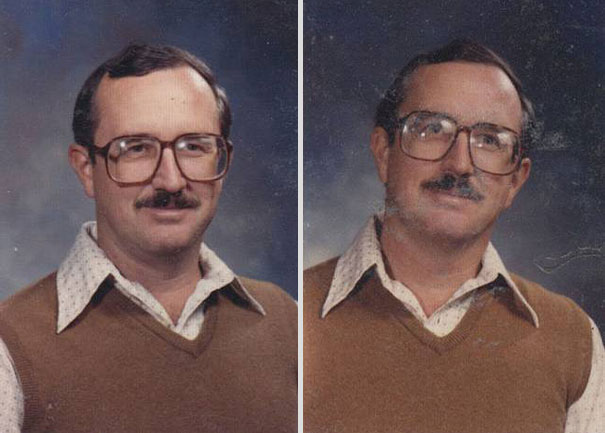 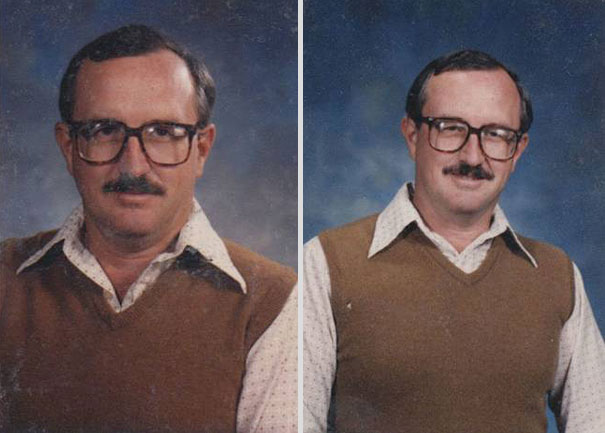 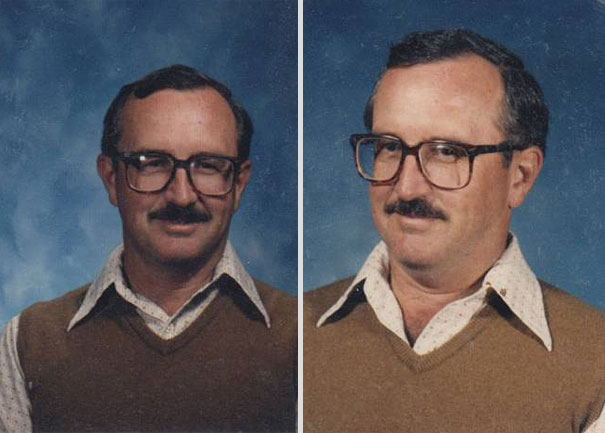 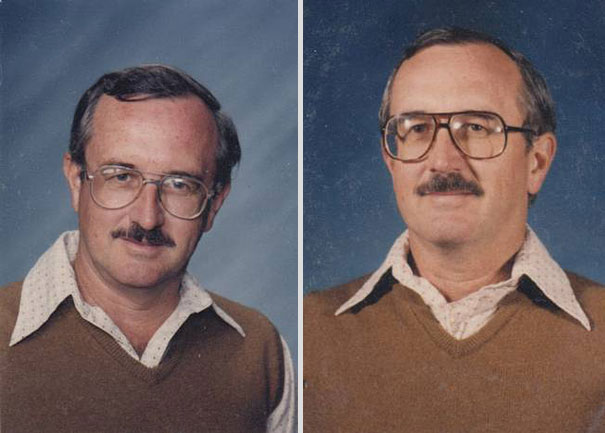 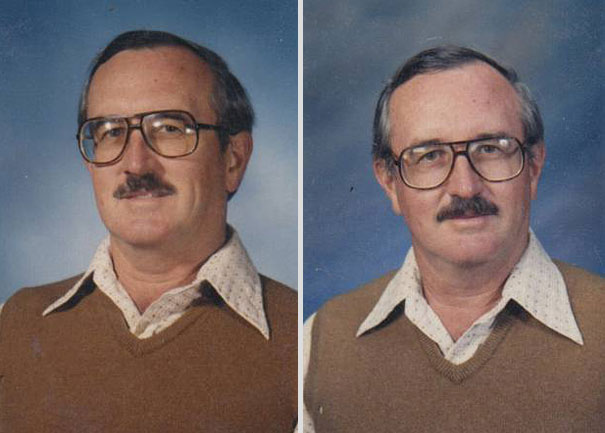 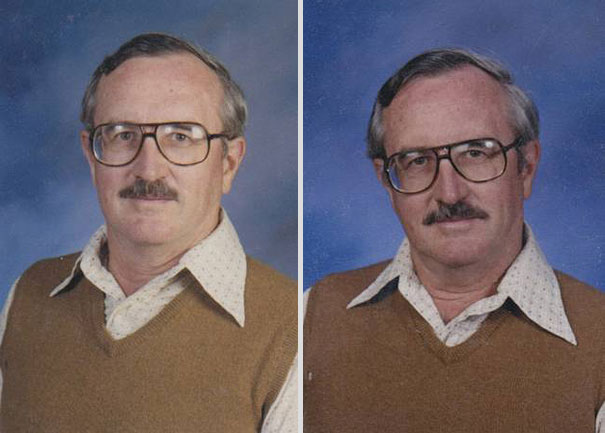 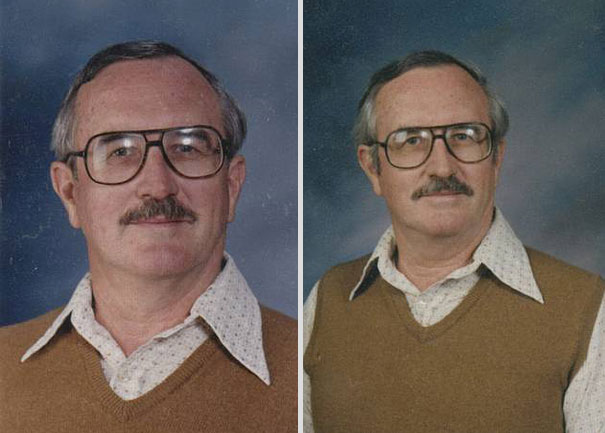 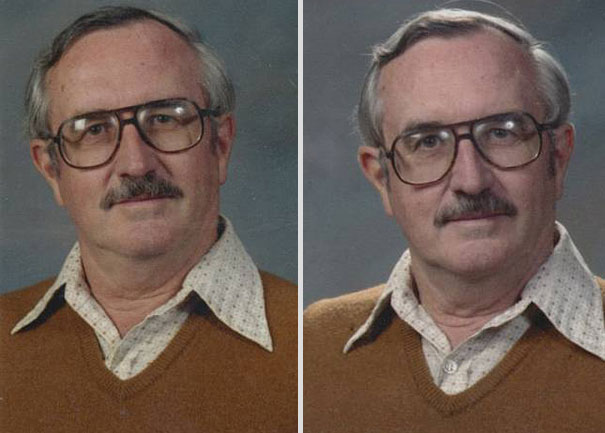 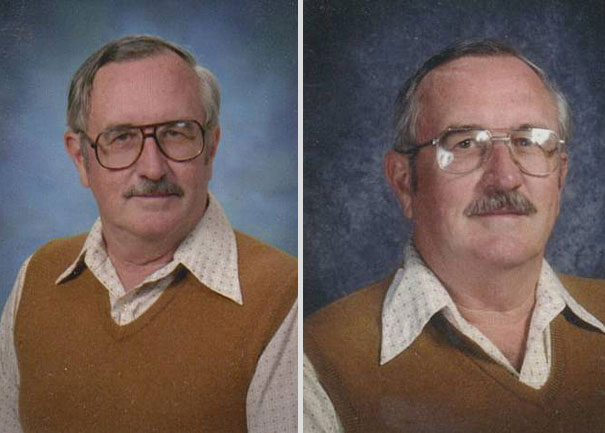 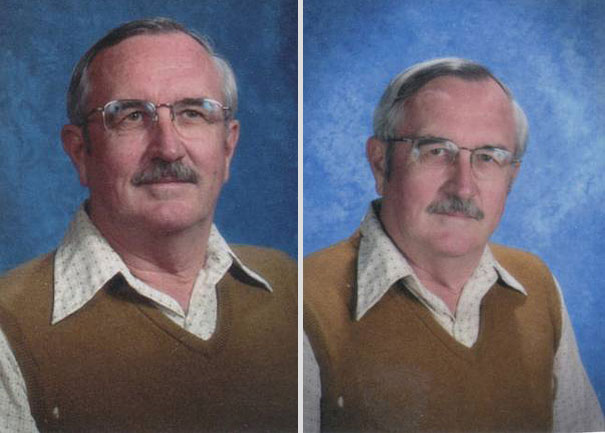 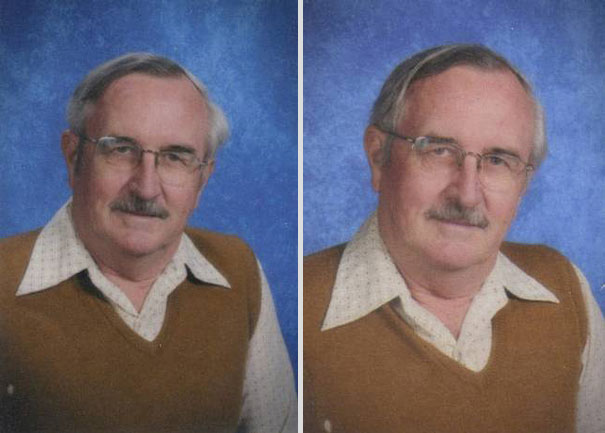 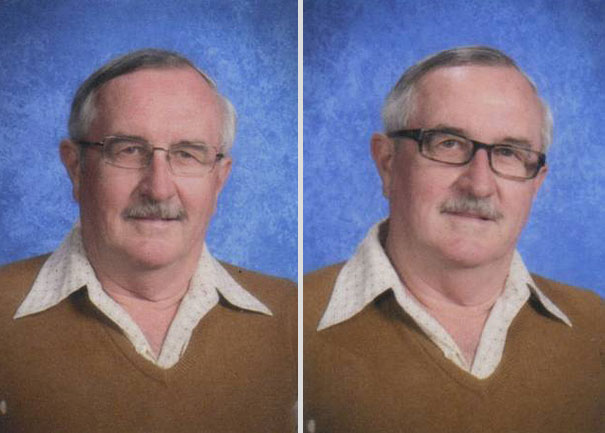 There are superstars who wouldn’t wear the same dress twice, but this one teacher from Prestonwood Elementary in Richardson, USA, had himself photographed with the same outfit for 40 years in a row. PE teacher Dale Irby started his legendary yearbook photograph sequence by mistake, when he realized we was wearing the same polyester shirt and coffee-colored sweater like he did for the photo shoot one year ago, back in 1973.

“I was so embarrassed when I got the school pictures back that second year and realized I had worn the very same thing as the first year,” said Dale. It was his wife, Cathy, who managed to make a joke out of the situation, and dared her husband to wear the same clothes again next year. After this dare Dale wore his shirt and sweater for the next 5 years: “After five pictures,” he said, “it was like: ‘Why stop?’” Even when the clothes wouldn’t fit him anymore, Dale would bring them to school and wear exclusively for the photo shoot. Nice to have something you can count on these days! 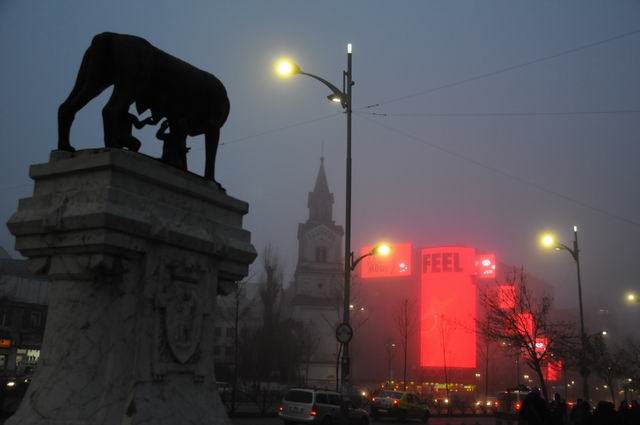