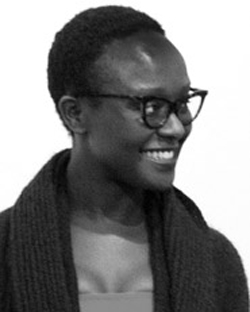 Lynette Yiadom-Boakye, a British artist, is the Main Prize Winner of the second edition of the Future Generation Art Prize. Lynette will receive $100,000 award, $60,000 in cash and $40,000 to be invested in the production of new work.

Nominated artists including winners will also take part at the Future Generation Art [email protected] group exhibition organized by the PinchukArtCentre as the collateral event of the Biennale di Venezia in 2013. And Lynette Yiadom-Boakye as the Main Prize Winner will present her solo show in the PinchukArtCentre in Kiev the next autumn.

Announcing Lynette Yiadom-Boakye, the Main Prize Winner, who presented at the exhibition specially created new series of paintings, jury members Carol Yinghua Lu and Eckhard Schneider said: “The jury has awarded the Main Prize to Lynette Yiadom-Boakye for her extraordinary paintings where darkness and light are articulated together, recognizing the quality of the paintings and the social concerns that emerge from them. Furthermore, the jury awards the prize for her complex practice, which extends far beyond painting. Indeed, she is also active in literature as a writer of short stories and is currently working on a novel”.

In their statement jurors also added: “Born in London in 1977 from African Diaspora parents, Yiadom-Boakye bases her painting practice on specific rules of duration and activity. She creates one canvas per day and if not completed by the end of the day, the painting is discarded. Therefore, there is no nocturnal rethinking, no pentimenti possible in her activity. Her works are organized around groups of paintings that generally portray imaginary black characters in abstract landscapes. From the dark atmosphere, striking usages of white paint become present like piercing flashes of light from a striped t-shirt or from the eyes of a character.

Her paintings do not emerge from a photographic imaginary but from the memory of figuration in the history of painting including realism with social consciousness and expressionism. Her works thus do not focus on the unique artwork but provide a viewing experience based on a different temporality, and on the recognition of recurring motifs, figures and moods.

Her work thus hovers between a suspended duration, on the one hand, and an acute sense of the painterly act embedded in the present, on the other.”

Initial amount of $20,000 to fund artist-in-residency programs supporting their further development will be increased considering the number or artists who received the Special Prize in 2012. Victor Pinchuk, the founder of the Future Generation Art Prize mentioned it in his speech at the Ceremony.

Addressing the young artists Victor Pinchuk also added: “Today, again, the future begins. I can see that a new generation is full of ideas, feelings and infectious inventiveness. This is a new growing global network uniting the smartest, most talented representatives of the next generation – artists who have the duty to open new perceptions to humankind. And probably this is your biggest prize, to be part of this group.”

Announcing Ahmet Ögüt as one the Special Prize Winners, Carolyn Christov-Bakargiev and Agnaldo Farias stated: “The jury awards Ahmet Ogüt a special prize for his extraordinary ability to escape the limits of the art institution and the notion of the art award through the distribution f money, and the parallel distribution and sharing of knowledge that lies at the core of eyewriter/DIY/Arbakir. Focusing his energy and time on writing the web address of a project based on empowering the disabled, onto one dollar bills, and subsequently dedicating his time to the joyful participation in 5 weddings in a small town in Turkey, he acknowledges that artistic practice can be redirected towards the production of emancipation.”

Awarding Jonathas de Andrade they said: “The jury awards a special prize to Jonathas de Andrade for the way he fills the blank between art and ideology. Tracing back to modernist motifs used in the architectural and mural traditions of Brazil which risk vanishing from the collective memory, his conceptual installations translate and reveal the contradiction between poverty and prosperity and failed attempts of social changes.”

Talking about the works of Micol Assaël jurors said: “The jury awards Micol Assaël a special prize for her construction of an environment through her video in which the viewer is exposed to both the sensuality and anxiety of being in a specific physical situation of precariousness, such as a barren landscape with surrounded by swarming bees. This audio surround and video work marks a continuity and also a shift from her recognized practice in installation and sculpture, where the lens of the camera is materialized and identified with the gaze of the fragile, yet observing subject.”

Awarding Rayyane Tabet they stated: “The jury awards Rayyane Tabet a special prize for his close examination and intelligent articulation of the complex social and historical context of his home in Lebanon. Referencing architectural languages, Tabet succeeds in transforming and communicating an intimate and personal experience to a wider public, by multiplying an original wooden toy set to become a field of 12,000 concrete sculptural copies of its parts, an abstract and urban landscape of models.”

And awarding Marwa Arsanios jurors said: “The jury awards Marwa Arsanios a special prize for the experimental nature of her installation and performative lecture. This project which involved the creation of an artist-book based on a popular Egyptian journal of the late 60ties questions the passage from decolonisation to the myths of the spacerace while underlining the continuity of gender and justice towards women. Her work places the viewer /listener in a position of intimacy with the reader/performer which instantiates the visitor an an important material of the artwork.”

Following the links you can download the images from the ceremony as well as portrait images of the winners and their works.

A group image of the nominees, jurors and Victor Pinchuk

The film about the history of the Future Generation Art Prize

The 20 shortlisted artists represent 16 different countries. They have been selected from more than 4,000 applications received from 134 countries spread across all continents. The 21st nominee for the Future Generation Art Prize is Mykyta Kadan, the winner of the PinchukArtCentre Prize 2011, the first national contemporary art prize awarded to young Ukrainian artists under 35.

Images of works by all shortlisted artists are available on the website of the PinchukArtCentre pinchukartcentre.org/ru/exhibitions/vote/fgap_2012. Members of the public may vote online for the winner of the People’s Choice Prize until January 6, 2013. This prize will be awarded at the end of the exhibition. It is not a cash award but a symbol of audience’s recognition.

In 2010, a Brazilian artist Cinthia Marcelle was the first person to win the Main Prize of the global art prize for young artists under 35. Mircea Nicolae from Romania was the only artist to be awarded Special Prize according to the decision of the Jury.

The shortlist of the Future Generation Art Prize 2012:

Timeline of the Prize

Artists could submit applications at www.futuregenerationartprize.org from February 6 to May 20, 2012. The democratic application procedure has allowed more than 4,000 young artists from all continents, representing 134 countries, to apply. All art works were accepted strictly via the website of the Prize.

Following the close of applications, the expert Selection Committee comprised of members chosen by the jury reviewed all applications and decided on a shortlist of as many as twenty artists. The winner of the national PinchukArtCentre Prize will also participate, bringing the maximum number of artists in the exhibition to 21.

The exhibition is on view from November 3, 2012 to January 6, 2013 at the PinchukArtCentre. The international jury will gather in Kyiv in December 7, 2012, to view and discuss the artists’ works. The jury will select one main Prize winner, who will receive a total of $100,000 ($60,000 as a cash award, and $40,000 toward the production of a new work). An additional $20,000 from the Foundation will be allotted to fund artist-in-residency programs for up to five other special prize winners. Images of works by all the shortlisted artists are published at pinchukartcentre.org/ru/exhibitions/vote/fgap_2012 and the public is invited to vote online for the winner of the People’s Choice Prize.

International Board of the Future Generation Art Prize:

The Victor Pinchuk Foundation was established in 2006 by Ukrainian businessman and public figure Victor Pinchuk. It is the largest international, private, non-partisan, philanthropic foundation based in Ukraine. Its goal is to empower future generations to become the change makers of tomorrow. To achieve this goal, the Foundation develops projects, builds partnerships in Ukraine and worldwide and invests in three directions:

PinchukArtCentre
PinchukArtCentre is the largest and most dynamic private contemporary art centre in Eastern Europe. It is dedicated to fostering artistic education, creation and appreciation in Ukraine. The PinchukArtCentre is a leading international centre for contemporary 21st-century art. It provides a sustainable contribution to the cultural participation and emancipation of Ukrainian art and society. It also gives a significant contribution to the cultural dialogue between East and West, and between national identity and international challenge. Recent events have included personal exhibitions by Jeff Wall, Gary Hume, Olafur Eliasson, Candice Breitz, Damian Ortega, Sergey Bratkov, Subodh Gupta, Damien Hirst, Anish Kapoor, and others.
pinchukartcentre.org 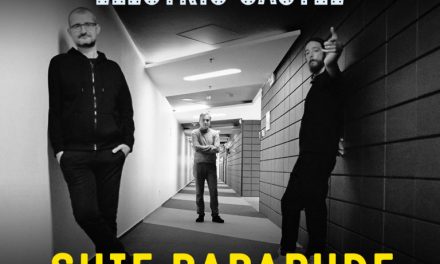