Mobile Inventory
A reflection upon the relationship between objects and people in Bucharest
During my stay in Bucharest I interviewed people of different ages and genders about their relationship with objects. I asked them which kind of objects they collected, which objects were special to them and which were
necessary.
I concluded that people are attached to objects because of four main reasons. First reason for being attached to objects is because they ‘believe’ in them. For example they believe in the protective powers of a good luck charm, a puppet or a religious image. Second reason is because the objects trigger memories of certain people, moments or places. Such as postcards, pictures and small notes. Third reason is because of the quantity of objects they own; not necessarily about the objects itself. For example, one kid collects lids and made a bet with a friend who could collect more lids. The fourth reason is because of certain physical qualities of the objects they collect. People are attached to some objects because of their usefulness or beauty.
Kids in generally told me that they collect toys, shelves, or stones. An interesting exception was one kid who told me she ‘collects’ flowers. She loved to take care of the flowers in her garden and if she had to choose one object to take from home with her it would have been a rose. Her answer was similar to that of a 60-year-old man who told me that he would take a plant with him if he had to choose one object. People of my age generally collect objects that remind them of certain people or moments. The object itself was a tool to restore a memory. Elderly people told me interesting stories about their relationship with objects during communism. One man told me that he used to illegally sell Italian golden jewellery to earn some more money. An 89- year-old lady told me that she used to hide and even bury objects in the garden, so the Russians wont find them. Her grandchild told me that she once found cutlery in the ground when she was playing in the garden.
Together with the interviews I held, I took pictures in the city of objects and I also observed Romanian culture. The works that I show in Atelier 35 are a reflection of my idea of the relationship between objects and people in
Bucharest. The works derived from the stories I heard from people and a mixture of my own experiences and things I saw in the streets.
[email protected]
Artist in residence in Bucharest 1 April – 31 May 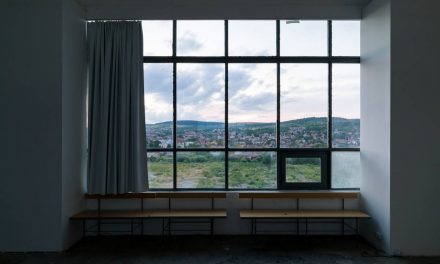