Over the last two years, Cluj, in northern Transylvania, has become strongly associated with contemporary painting, with the so-called Cluj School being compared to similarly productive periods in Leipzig and Dresden. While this label is seen by many as unrepresentative, it has helped focus international attention on the city, which has gained prominence over Romania’s capital, Bucharest.

First promoted as a coherent movement by the organizers of the 2007 Prague Biennale, painting from Cluj does have a clearly recognizable look, typified by the somber paintings and installations of Victor Man (b.1974).

Also well-known outside Romania is Adrian Ghenie (b. 1977), whose large retrospective at Bucharest’s National Museum of Contemporary Art runs until February. Ghenie’s work has been likened to that of Francis Bacon and it is a common feature for Cluj painting to have dark, unsettling undertones. Most involved, however, are keen to de-mystify the idea of a ‘school’, with artists quick to point out that Cluj University, where most trained, had little influence on their approach.

As this report will highlight, the more prominent artists working in Cluj attended art school after the 1989 Romanian Revolution. Before the Revolution, successful artists tended to gravitate to Bucharest (or else emigrate), whilst many from the older generation have also chosen to remain remote from what they consider to be the over-commercialized contemporary art scene. Some older artists are now gaining in prominence, and there is a country-wide desire for this trend to widen, but for the moment youth dominates.

At the heart of Cluj’s creative output is the recently openedFabrica De Pensule (Paintbrush Factory), a multi-disciplinary venture which houses studios and exhibition spaces, alongside contemporary dance and theatre groups. Fittingly, the five-storey building was once one of Romania’s chief paintbrush producers; in the wake of the manufacturing exodus to China, the creative community swooped to re-populate this vertical maze of workshops and corridors. Opened to the public in October, the Factory’s gritty exterior retains the expected post-industrial hallmarks: rusting pipes, broken windows and crumbling facades. Inside, the galleries – of which there are currently four, with more to follow – have all succeeded in marrying elements of the building’s industrial fabric with white walls and professional lighting.

It is nothing new for artists to colonize old industrial neighborhoods, but the Factory nonetheless represents a novel project. The building is the new home of Cluj-based gallery Plan B. Founded by gallerist Mihai Pop, in collaboration with Ghenie, it has established itself as the most successful of Romania’s small crop of commercial galleries. Having occupied various spaces in Cluj since opening in 2005, and already running a sister gallery in Berlin, the Factory will now act as Plan B’s centre of operations. Ghenie has himself occupied one of the high-ceilinged studio units, alongside a number of his contemporaries. Cluj will therefore benefit from the unusual symmetry of having Romania’s most prominent gallery in the same building as some of its most established artists. In a country whose institutions have been slow to adopt contemporary practices, the project is a positive example of cultural entrepreneurship, with the various individuals and organizations managing the building as a collective federation.

Whilst Cluj’s creative output has been strong over recent years it has not offered a huge amount in terms of exhibition spaces. The city’s Museum of Art (pictured above) has one of the strongest collections in Romania, but has been under-funded and is in need of extensive renovation. Things have, however, begun to improve under the stewardship of new director Calin Stegerean who has initiated a programme of temporary exhibitions showcasing contemporary and modern art. Exhibiting the likes of Dan Perjovschi (b.1961) and veteran painter Ion Grigorescu, the initiative is a much-needed addition to Romania’s cultural circuit. More fundamental changes at the Museum are dependent on the implementation of a 10 million Euro renovation plan, which has the backing of the EU, but is being held up by restitution claims from the building’s pre-communist owners. A longstanding issue in Romania, for both art students and the general public, has been the lack of exhibited work, be it Romanian or international, made after World War II. Though, with the opening of the Factory and programmes such as Stegerean’s, there is now hope of improvement.

On my visit to Cluj in mid-November, the Factory had already established itself as a cultural hub. Incorporating a bar and nightclub space, the venue hosted events as part of Cluj’s annual multimedia festival ‘Temps d’Images’. Included here was a specially commissioned live performance piece by artist Ciprian Muresan (b. 1977) and choreographer Madalina Dan. Held in Adrian Ghenie’s studio, the performance saw Muresan and Dan, dressed in yellow raincoats, white-washing a wall inscribed with famous Romanian names. As the pen-drawn names faded under layers of white a video projection of the same text, overlaid just off centre, remained visible. Then the projection changed to show the two performers writing the words on the wall, but cleverly played in reverse, so that the projected text also gradually disappeared from view.

Muresan’s work spans video, performance, installation and drawing, and he is also involved in the influential Cluj-based magazine IDEA. His solo exhibition, ‘Luv’, opened Plan B’s new Factory gallery. The highlight here was the video Dog Luv (2009). A collaboration between Muresan and writer Saviana Stănescu, the video is a black-toned interchange between puppets discussing man’s history of cruelty, torture and execution. Whilst the work, made for the Venice Biennale, has also been shown at various art fairs on small television screens, the Factory exhibition saw it given its best presentation to date. Shown in a dedicated, darkened room, and projected in high-definition, this was an excellent opportunity to engage with the film’s themes of vulnerability, morality and hypocrisy.

Similarly diverse in his approach is artist Alex Mirutziu (b. 1981) who trained at Cluj University, but is based in Sibiu, Southern Transylvania. His recent solo exhibition, ‘Manifest of flaw’, inaugurated the new Sabot Gallery. Founded by art critics Daria Pervain and Marcel Janco, Sabot will seek to provide a counterpoint to Plan B’s commercial dominance. Mirutziu’s exhibition provided a strong opening with a coherent, well-installed selection of work. While Mirutziu describes himself as being protective of his inner feelings, the exhibition delved deep into his reflections as a ‘queer’ artist, utilizing an impressive combination of diagrams, drawing, video, photography and sculpture. Backed up by a feeling of emotional weight, Mirutziu’s work plays with the interaction between sexual and violent desires, in a manner reminiscent of William Burroughs’ Naked Lunch (1959).

Painting, of course, remains important for many artists in the city. Among those with a studio in the Factory is Serban Savu (b. 1978), whose figurative oil paintings (detail, pictured above) investigate the idea of the ‘New Soviet man’, a communist ideal based on the desire for citizens to be collective in outlook, whilst also achieving their full potential as healthy, educated individuals. Savu has a talent for staging man’s place within the landscape, opening up questions about how the individual relates to a context in which nature and urban-industrial impact compete. His work sometimes brings to mind Hopper or Hockney, though Savu points to the Russian landscape painter Isaac Levitan (1860–1900) as a personal favourite. Savu’s paintings are often sketched out using Photoshop, with characters from different images imported into a chosen setting. Interestingly, the approach, as well as the effect, is similar to the work of a young Romanian photographer,Alexandru Paul, represented by H’art Gallery, Bucharest.

Another impressive painter now based in the Factory is Marius Bercea (b. 1979), who has recently exhibited at London’s Eleven Fine Art. Bercea is a founding member of Laika, an artists’ collective that coordinates exhibition space in both the Factory and Bucharest. Bercea’s own work is currently engaged with depicting the childhood world of the 1980s. As a part of this process, he replicates the tonal impression of a Polaroid, fabricating the sense of a time that has faded away. More abstract in approach is the young painter Veres Szabolcs (b. 1983): born into a Hungarian family in Northern Romania, Veres (as is usual in Hungarian spelling, the surname, Veres, is written first) belongs to the artists’ collective and periodical publication bazis, which has premises next to the Factory. His paintings project a feeling of inner violence, fighting beneath a surface of the grotesque.

A current phenomenon in Romania is the way in which, 20 years on from the fall of communism, artists of different generations can be separated out relative to their experience of it. In this sense, artists such as Dan Perjovschi, who lived part of their adult lives under communism, have been more overtly political in their approach, expressing a need to engage directly with pressing social issues. Artists born in the late ‘70s, such as Savu and Bercea, who have only childhood memories, have instead focused on apolitical historical analysis, expressing the sense of an era that is no longer fully graspable. In contrast, younger artists such as Sebastian Moldovan (b.1982) and Razvan Botis (b. 1984), both of whom trained in Cluj, express a need to look elsewhere in order for their work to have its own vitality and integrity. Such distinctions create large breaks between artists, who in years, are not that far apart. Given that the Ceauşescu regime is often seen as the most extreme European exponent of communist totalitarianism outside of the Soviet Union, it is not surprising that the context remains powerful. The fruits of diversification are, however, beginning to show promise in a country with much potential for further development.

Richard Unwin is a freelance writer based in London. 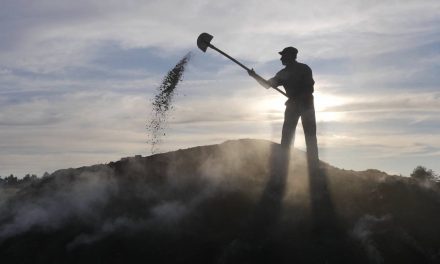 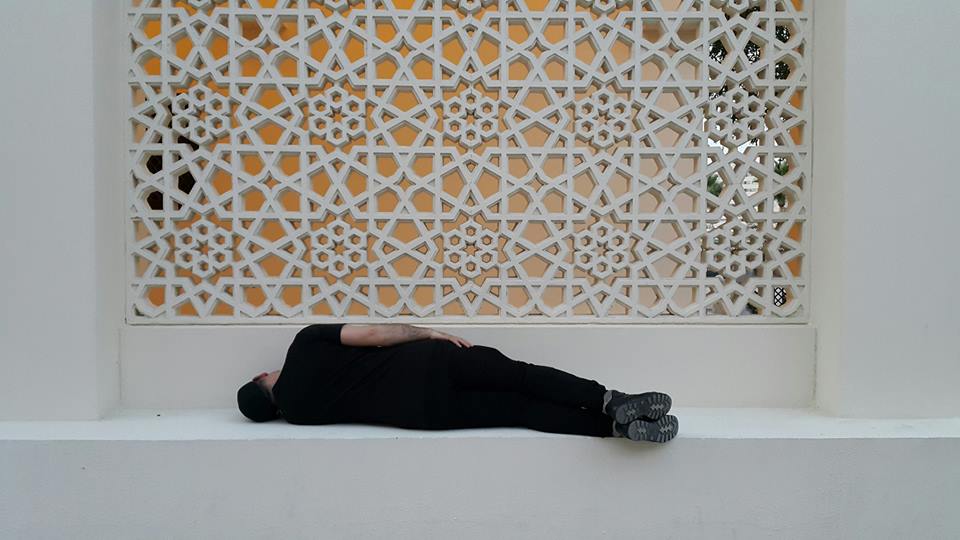 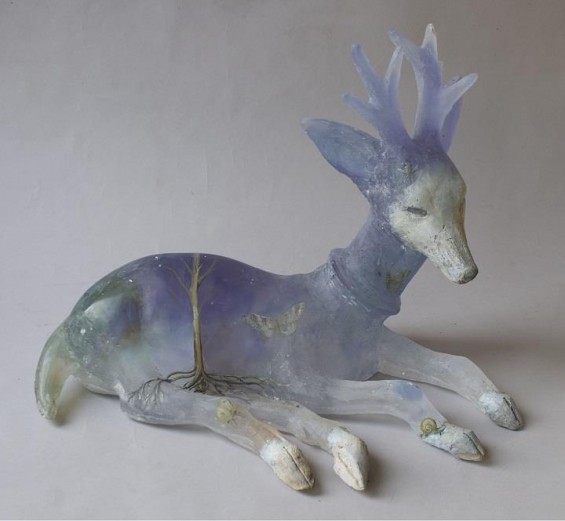