Private View: Wednesday 11 November, 7-9 pm, in the presence of the artist

2009 is a jubilee year both for Romania and Europe. Twenty years have passed since the dictator Ceausescu was deposed and the Iron Curtain fell.

The Golden Age for Children is an exhibition that focuses on these two major political events and the story behind them.

The so-called ‘Golden Age’, Ceausescu’s regime between 1965 and 1989 was a time of darkness in the Romanian history. The artist Stefan Constantinescu juxtaposes popular culture trivia, ephemera and family snapshots from his own youth with historical facts about Ceausescu’s life and the oppressive policies implemented, to examine the survival strategies of the Romanian people.

His innovative paintings, installations, pop-up book and newspaper disclose the epic tale of Nicolae Ceausescu’s dictatorship: a person’s daily food ratio, the dictator’s wages and the name of his favourite American show.

One of the most important symbols of communist Romania under Ceausescu was Dacia 1300, a car which everyone wished to own, a symbol of the working class’ achievement and victory towards the future. The car manufacturer Auto Pitesti was built in 1968, the year Constantinescu was born, the USSR invaded Czechoslovakia and Romania refused to join in the invasion – a decision which gained Ceausescu Western support and tolerance for his increasingly totalitarian drive. The film contains old archival footage and propaganda material, alongside thirteen interviews with old neighbours from the block where Constantinescu family lived (Colentina area, Bucharest).

Followed by Artist in Conversation with film critic Adina Bradeanu.

Stefan Constantinescu was born in Bucharest in 1968 and moved to Stockholm in 1994. He exhibits in the Romanian Pavilion at the 53rd Venice Biennale this year, within the group show The Seductiveness of the Interval. In 2007, he had a solo exhibition at the National Museum of Contemporary Art in Bucharest, located in the building meant to be Nicolae Ceausescu’s presidential palace. Selected group exhibitions include: The social critique 1993-2005, Kalmar Konstmuseum Sweden, 2009; Dada East? Romanian Context of Dadaizm, Zacheta National Gallery of Art, Warsaw, 2008; indirect speech, Kunsthalle Fridericianum, Kassel, Germany, 2006.
Forthcoming projects: My Beautiful Dacia, documentary film co-directed with Julio Soto – to be released on Channel 4 in 2010.
More information on Stefan Constantinescu’s work here.

The exhibition The Golden Age for Children is open until 3 December. 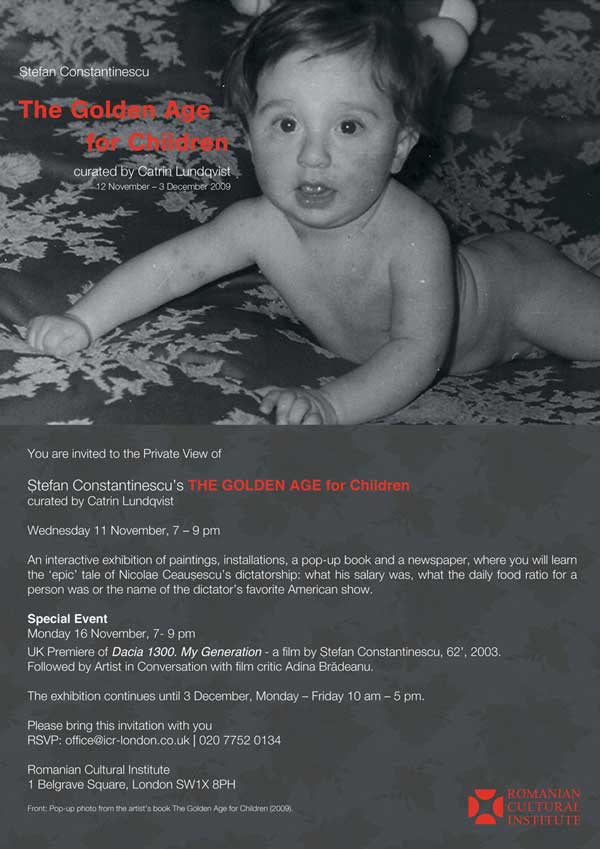 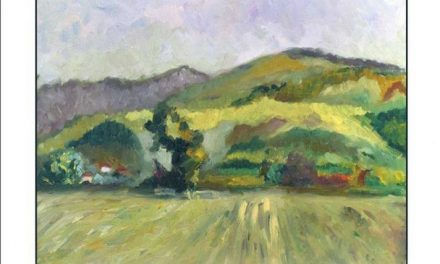 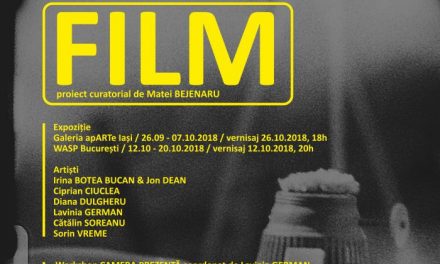 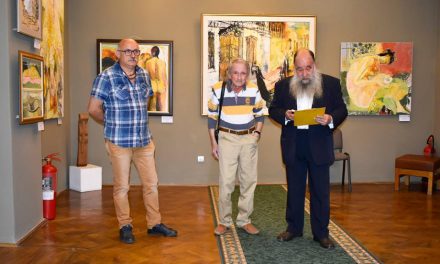