from the Marinko Sudac Collection

In the impressive set-up with 10 room, there is 700 artworks and 120 artists, art group and related phenomena presented. The list includes artists from the ex-Yugoslav countries – Croatia, Serbia, Slovenia, and Eastern-European countries – Hungary, Poland, Czech Republic, and Slovakia. The foundations of this art are found in the first Avant-Gardes and they form a base for the entire art production system of the following generations.  This line of artistic production – “the Other Line”, as defined by art theorist Ješa Denegri, existed parallely with the mainstream artistic production.

The exhibition is based on the works from the conceptually most complete and most relevant private collection of Eastern European artistic practices – the Marinko Sudac Collection, a collection developed on a strategy completely different from the classical notion of collecting. This exhibition, curated by Marco Scotini (with Andris Brinkmanis and Lorenzo Paini), which includes not only artworks, but as well artists’ archives, events archives, correspondence and documentary material, gives an overview of the art that used a myriad of artistic visual practices to give the most radical critique of the system, in the timeframe from the 1950s to the fall of the Berlin Wall. The Non-Aligned Modernity. Eastern European Art and Archives from the Marinko Sudac Collection exhibition uses a diverse range of media and gives the most cohesive volume of information on the art scene in Eastern Europe, created with the aim to show the continuation of artistic practices created on the legacies of the first Avant-Gardes, and shaped by the system in which they were created in.

In former Yugoslavia, due to its non-involvement in the political ideologies of the East or the West, a special type of enclave was created, which, in some amount, tolerated these artistic phenomena. The monuments of Vojin Bakić, abstract in their form, were raised, the members of the EXAT 51 group produced state pavilions for world fairs. This surroundings allowed for events such as the international movement New Tendencies, Musical Biennial Zagreb, GEFF – Genre Film Festival (experimental film festival), and as well founding and the activities of the independent Student Centres in Ljubljana, Zagreb, Novi Sad and Belgrade. But, almost at the same time, the ex-Yugoslav area witnessed the pioneer works of Central European Conceptual art, thanks to the work of the Gorgona group members, a group with only a few equivalents, both on the East and the West.

Urban intervention, performances, experiments in the medium of photography and video were central activities of the Group of Six Authors, as well as of the BOSCH+BOSCH group. The OHO group created works in the spirit of Arte Povera, made publications, happenings, and created experimental films and Land art. Important individual artists can also be added here, artists who have, by now, reached international recognition, such as Sanja Iveković, Marina Abramović, Mladen Stilinović, Goran Trbuljak, Tomislav Gotovac, Vlado Martek, and Radomir Damnjanović Damnjan.

It is evident that the phenomenon of Yugoslavia stands out in many ways, but in the same period of the 1970s, conceptual art was highly prevalent in the Eastern European countries- Hungary, Czechoslovakia, and Poland, with notable figures such as Július Koller, Dora Maurer, Petr Štembera, Milan Grygar, Stano Filko, Rudolf Sikora, Jiří Valoch, and others.

Unofficial exhibiting spaces were of great importance in this region, proving that art can function regardless of the world’s division on the East and the West, thanks to sheer determination and dedication of individuals and by creating international networks of contacts, and collaborations. Examples of such unofficial scene are, among others, Polish independent galleries NET and Akumulatory 2, PERFMAFO; Zagreb’s exhibition-gallery At the Moment; First Open Studio in Bratislava, Balatonboglár  in Hungary.

Many artists were present for the opening of the exhibition, curators from Zagreb, Vienna, representatives of fondations etc., as well as consuls of many countries. The Hungarian artist Katalin Ladik and Radomir Damnjanović Damnjan (Serbia) did performances on the opening night. Alongside them, the opening was attended by artists Vlado Martek (Croatia), who performed an action, as well as Attila Csernik (Serbia), Natalia LL (Poland), the theoretic and one of the founders of the Gorgona group and the New Tendencies movement Matko Meštrović (Croatia), Živko Grozdanić Gera (Serbia), Philip Corner (USA), Phoebe Neville (USA),…

It is evident for the „NON-ALIGNED MODERNITY. Eastern-European Art and Archives from the Marinko Sudac Collection“ exhibition that in the seemingly completely repressive system, there was actually an incredibly strong and influential network created by the artists themselves, raising themselves above the system. The evidences of this network are in the rich correspondence which was not only between artists in the same counties, but also with other countries, and not you the ones from the Eastern bloc. The artists represented act as a legacy of the first historical Avant-Gardes, continuing their work on the historical predecessors and by creating a strong, critical art, inside of the Eastern bloc socio-political situation.

The exhibition shows evidence which confirm that the power of individuals – artists, collaboration and the network of contacts outmatched the political system of Socialism. It is precisely because of that, the exhibition must not be seen only at a level of representing the art of a specific geographical area, but as a historical document of a period and the socio-political situation which created and shaped the Neo-Avant-Garde art of East Europe.

The exhibition is organised under the patronage of the Ministry of Foreign and European Affairs, the General Consulate of the Republic of Croatia in Milan and the Milan Tourist Board. 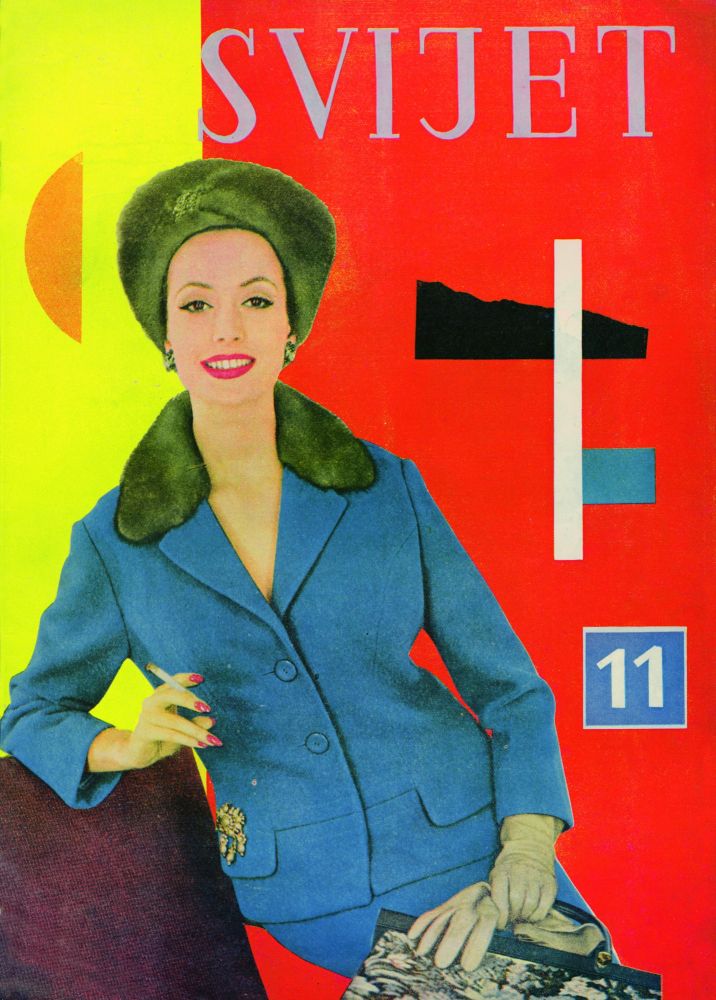 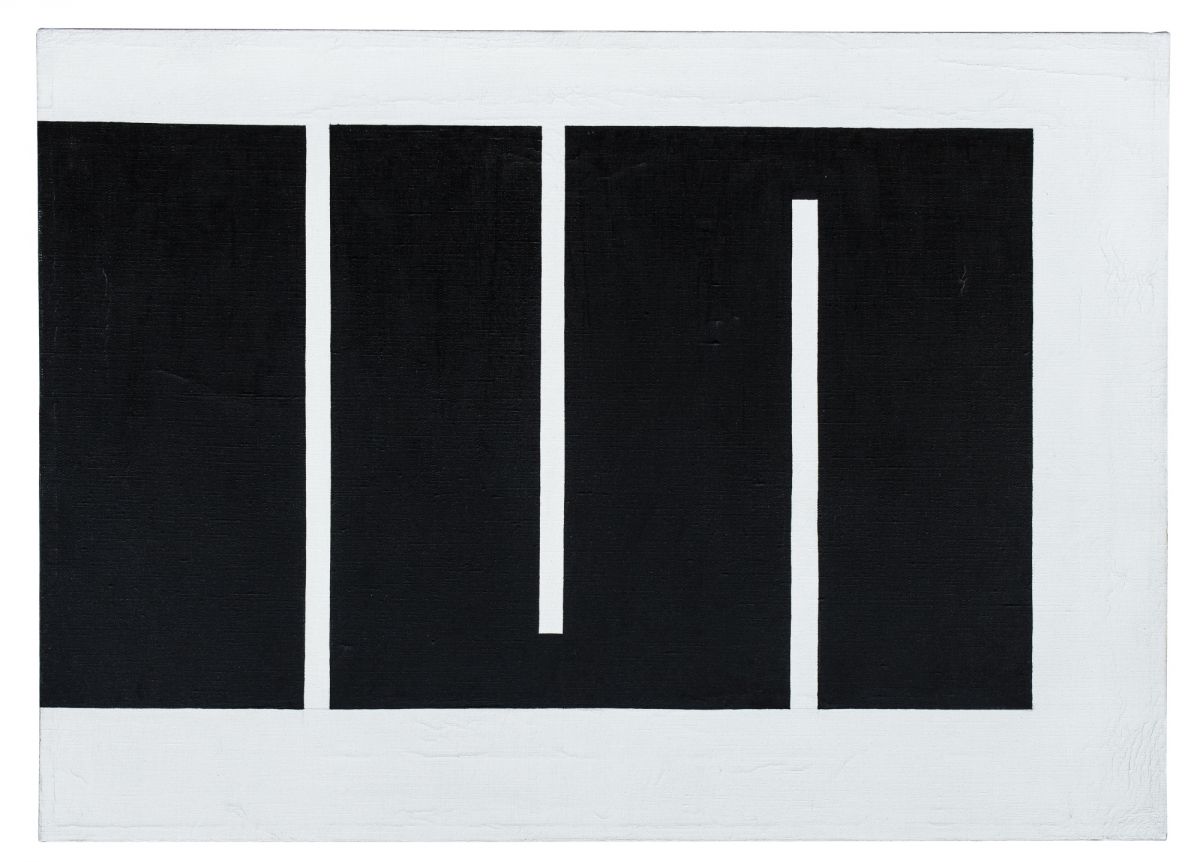 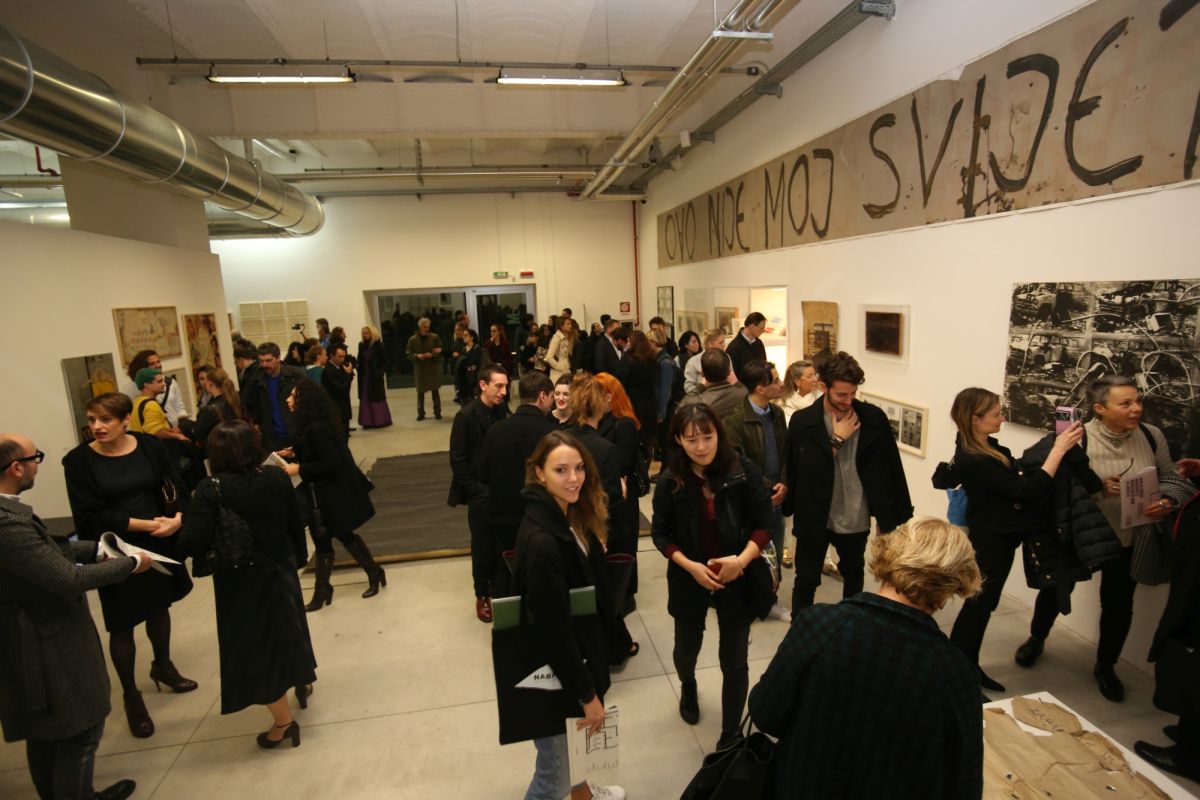 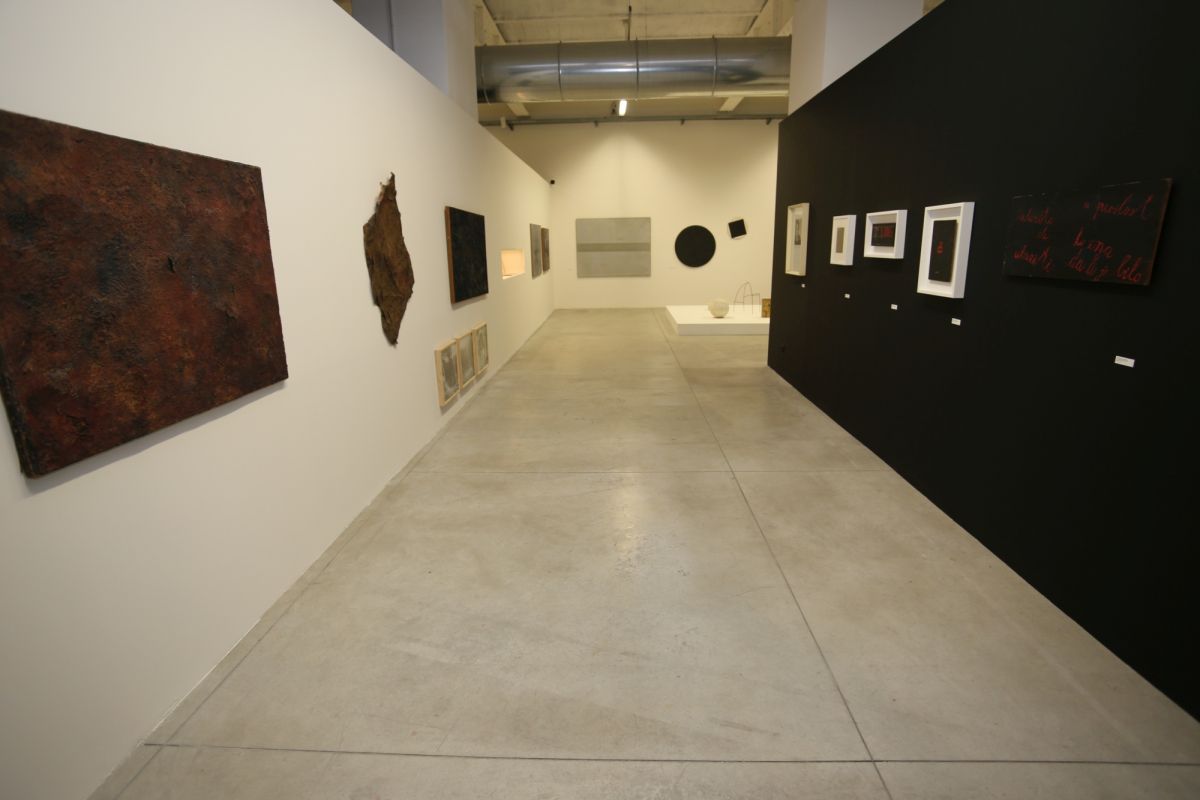 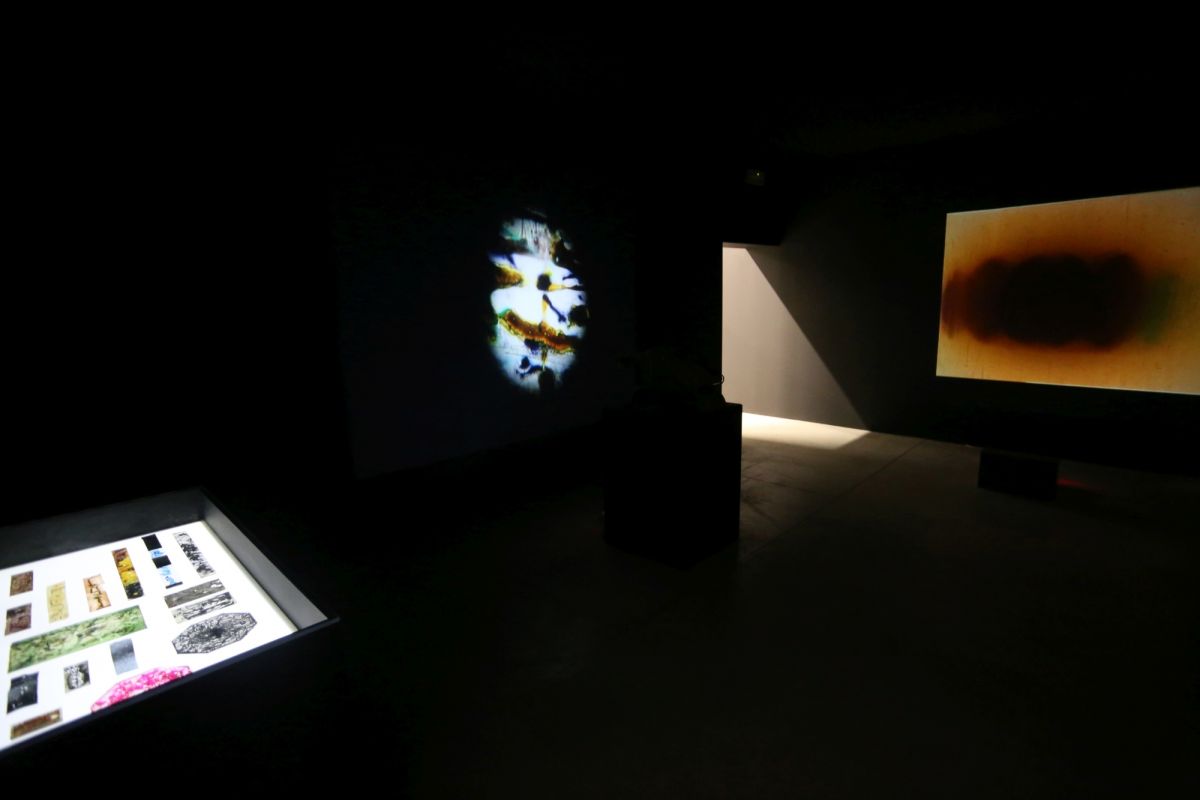 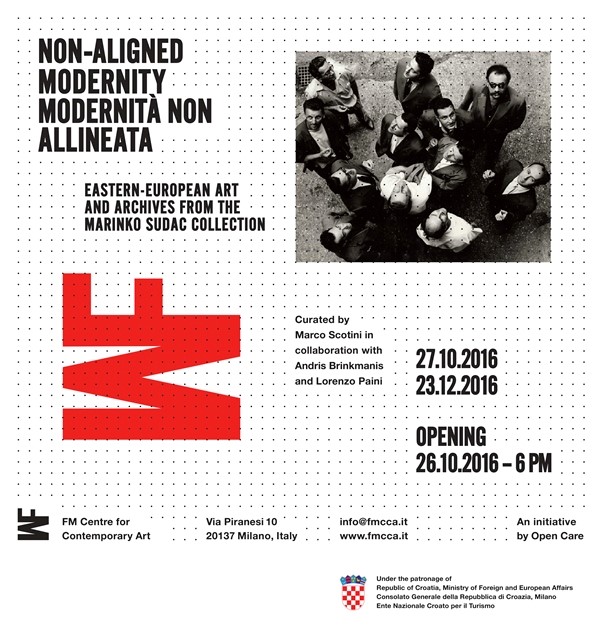 The Marinko Sudac Collection, based in Zagreb, Croatia, has been created with a clear collecting strategy based on the region of Central and Eastern Europe, additionally spanning from the Baltic area to the Black Sea. The guiding principle of the Collection is systematic exploration, researching, and promotion of the Avant-Garde practices which have been marginalized, forbidden, and at times completely negated due to the historical, social and political circumstances. In this context, the Marinko Sudac Collection gives the most complete and comprehensive overview on the art of this region. The Collection starts at 1909, and it show the continuity from the first Avant-Gardes, through Neo-Avant-Garde and New Artistic Practices, ending with the fall of the Berlin Wall. The global uniqueness of the Marinko Sudac Collection is also seen in the kind of media it contains.  It contains not only traditional artworks, such as paintings, sculptures, and photographs, but it gives equal importance to documentary and archival material. Great importance is put on these almost forgotten media, which enable research of specific phenomena, artists and the socio-political situation which affected this type of art. The Collection contains a great number of museological units, and it treats the documentary and archival material on the same level as traditional artworks. By examining the units contained in the Marinko Sudac Collection, one can read not only the art scene or the art production of a certain artist, but the full status of the society, the socio-political atmosphere of the region in which this art was created in.

This Collection is not merely a process of gathering artworks, but a contextualisation of the art of region in the global history of art and an effort of putting it on its deserved place in history. The aim of the Marinko Sudac Collection is to preserve the cultural heritage of the Central and Eastern European region from globalisation, by maintaining it in a contextual unity. The end goal is to place the Collection in an architectural, physical building of the Museum of Avant-Garde, in which this art will be valorised, museologically processed, open to researchers and experts, and presented to the public. A part of the works from the Marinko Sudac Collection is available in digital form on an innovative platform of the Virtual Museum of Avant-Garde (www.avantgarde-museum.com/en), which unites the work of the Virtual Museum of the Avant-Garde, the Marinko Sudac Collection, and the Institute for the Research of the Avant-Garde, with a goal to form a central database for the researching of the phenomena of the Avant-Garde.

Alongside more than 80 already accomplished successful collaborations with museum institutions and independently organized exhibition in great museum centres such as Tate Modern, London; Ludwig Museum, Budapest, Haus der Kunst, München; ZKM, Karlsruhe, Deutsches Filmmuseum Frankfurt, Museum of Modern Art, Warsaw, Museum of Contemporary Art Zagreb,… or exhibition of the Collection in unofficial places such as Marshall Josip Broz Tito’s boat Seagull (At Standstill exhibition, Rijeka, 2011), Marinko Sudac is also an editor of numerous publications – art monographs, exhibition catalogues and collections of texts, and an author of a successful artist residence project Artist on Vacation, held annually since 2012, which hosted over 50 of the leading world artists which continue the tradition of the Avant-Garde.

The exhibition opened on 26 October, and it will stay open until 23 December 2016.

FM Centro per l’Arte Contemporanea is a new center dedicated to art and art collecting that brings together in a single context all the subjects and functions relating to the conservation and valorization of private collections and artists’ archives. Located within the historic, industrial complex of the Frigoriferi Milanesi, it includes an exhibition area for Italian and international collections, a space for contemporary art galleries and a series of artists’ archives. At the same time, the center promotes a program of residences for artists and curators managed by the FARE association, cycles of meetings with collectors and a screening program.

FM Centro per l’Arte Contemporanea is sponsored by Open Care (Gruppo Bastogi), the only company in Italy offering integrated art advisory services and for the management and conservation of art works. 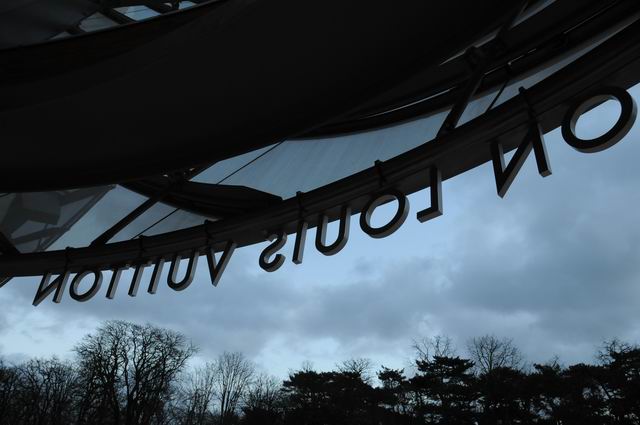