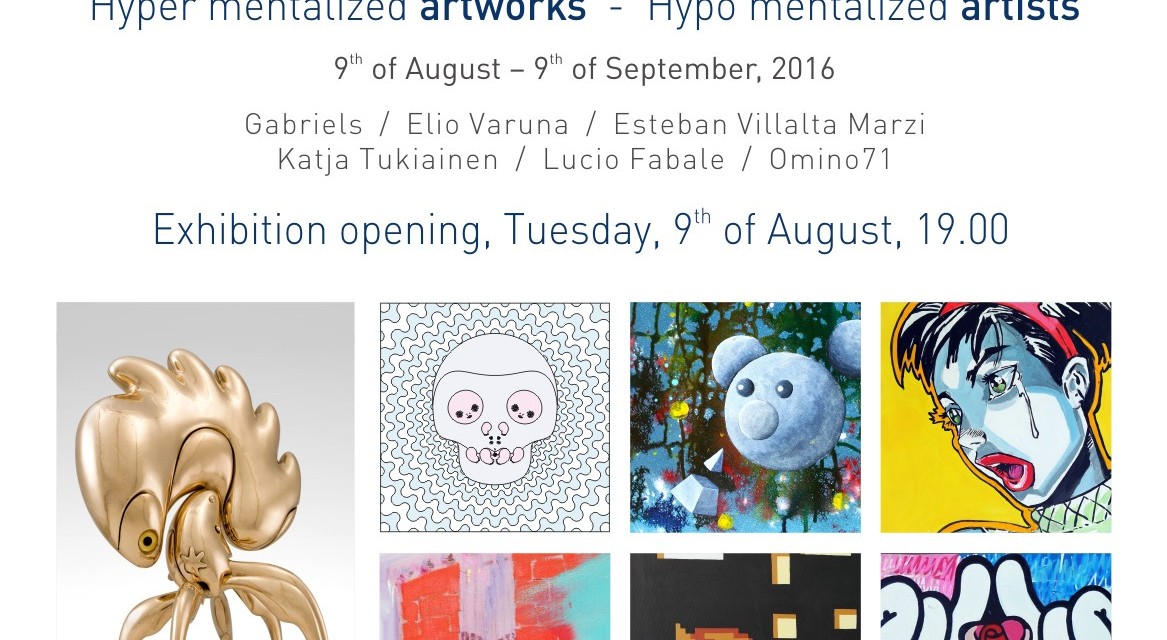 Core Gallery (Rome/ Italy) in partnership with Art Yourself Gallery

If we consider the works of art as anthropomorphic objects, one of the consequences is that these objects may seem even non-artistic, as autonomous beings. Let me be clear, this is not insertion of living things work, a process that dates back to Arte Povera, but dialectically anthropomorphic objects connected with their author, the artist. In this way the author empties his works through his very presence, and makes fetishes. See the work of Elio Varuna, who has been using an avatar, a character, the TUTY. In these new works on paper created especially for this exhibition, the TUTY or other mass-media personalities, like a Mickey Mouse, also connect with informal backgrounds (made with the drippings), producing both a contrast effect (between the background and the character ) is the setting, evocative, as in the paper which seems an abstraction of a Christmas tree. In the small Kewtie prints, designed with me and approachable to other attempts at alienation of Varuna about Hello Kitty, the little cupids created in the first decade of the twentieth century by Rose O’Neill (the Kewpies) play with a sculptural TUTY. An image which enhances the narrative aspect and connects synchronously through Kindchenschema morphology two characters away a century. This priority of the morphological relationship of what the mass media icon iconic converges with the artistic icon depersonalizing itself in a naturally way. It is a different process from the appropriation of superheroes by many artists today, it aims to promote it through a recognizable icon. But also of a different process than the alienating recovery of works of art of the past in the postmodernist sense, to remake. Gabriels, here presents a new “bird” in white bronze, exposed only so far in the most recent collective exhibition “Cieli di Roma” at the Core Gallery. He has been working for years on multiple morphological configurations via decomposable in bronze sculpture – of which the diasec prints are simpler versions. These works, for years, have in the decoration and anthropomorphism the two main keys concepts. In the sense that the purely decorative object coincides with the animated fetish. And this is precisely the type of anthropomorphism that I said, a morphology based on the child diagram, which empties the works of way, the weakens, makes fetishes, while they shine (the bronze is polished) as new items and ready to be sold. In Gabriels’s work the aesthetic of Jeff Koons and Takashi Murakami are reinterpreted with technical skill and originality of the use of bronze, an Orthodox material and tied to tradition, it is a remarkable example of European cuteness. The canvases by Katja Tukiainen, show the obsessive repetition of a type of girl who could call a nymphet. The nymphet is seductive and manipulative, and dipped in a sugary world like that of his paintings, where the brush is as recognizable as painting as a representation (a strip of ice cream, for example). All of these items together, tenderness and aggression together of these girls, overwhelming sweetness and almost disgusting color, pink, produce a very powerful cuteness, a dialectical oscillation between the two poles of violence and tenderness. In other paintings,  Tukiainen has often represented Marx and other theorists of commodities like cute dolls, so the landscape in which are immersed these girls is defined also as a landscape of goods, and the excessive sweetness of painting expresses the dangerous consumer seduction (we can under stand it more  The canvases of Spanish Villalta Marzi date back to a series called ice guys, inspired by the Japanese manga world in the mid-2000s, an example of cultural syncretism, from Japan to Europe, fairly early. The interesting fact is that the characters of Villalta Marzi, although not superheroes, have drawn an imaginary and a style, that of the manga and anime, which was already intimately commodified. As for Gabriels looking in Murakami, we could talk of a reinterpretation of Eastern European styles, of a territorial and cultural estrangement. In Omino71 works we find the elements of the other artists in a further variation, but very consistent with the set. In the two works, made for the occasion, there is a certain triviality which is the distinctive characteristic of his style. But the works also have a conceptual level, in the author’s projection in the mass media icon, to the Homer Simpson, then a self-portrait that negotiates the identity with the trade icon, showing the mutilation of the attempt to appropriate it. Also at the skate, those hands of Mickey Mouse as sprouted out of nowhere, are fetishes, and so the rose, which replaces the vagina, express some triviality that reminds us of the deeply popular nature of his work. Together, it is a childish level and desexualized that replaces the object of desire, interpreting desire as lack, just the fetish scheme related to cuteness. Finally the work of Lucio Fabale, also picks up these themes through a projection of the author in the famous media icon Donkey Kong (by Japanese Nintendo), also insisting on the ambiguity of a digital technique (a technique for geometric simplicity reminiscent of the world of childhood), the pixels, but that is painting.  / Giancarlo Carpi

The Core Gallery was born in September of 2015 from the meeting between the gallerist’s experience of Raffaele Soligo, whose cultural association – Studio Soligo – was among the main promoters of the Italian Pop Art in the 70s and in recent years has begun to deal with Neo-Pop[1], and critical experience and curator of Giancarlo Carpi, who since 2005, the time of his degree thesis[2],  worked as a critic and independent curator  focusing on cuteness aesthetic and art in the Italian and European context. The line of the gallery (whose logo is a fake of the Organization Nerv of the anime “Neon Genesis Evangelion”, 90s) intends to realize exhibitions with a group of artists engaged in the development of the European and Italian version of the cute aesthetic, trying to link the influence of styles and reasons for the Japanese Superflat and American Pop Surrealism. This also born from the need to create a vision and a aesthetic linked to cuteness, Pop Surrealism and Superflat, supported by a comprehensive theoretical and critical level, since these trends in Italy but often abroad are deprived of a theoretical consideration and knowledge of the direction taken, merely a repetition of certain formal patterns and stereotypes, such as the revival of painting in contrast with conceptual art.
Essentially, therefore, the programming work, curating and critical writing that is produced in the gallery and exhibitions abroad follows and investigates some cardinal issues:

1) The concept of cuteness in its various incarnations, materials and formal, and its link with the  Kindchenschema.

3) The appropriazionistic practices of artists than media, commodity and cultural icons that negotiate the identity of the artist, in most cases also through the practice of the mash-up. The corresponding appropriation by the curators of art materials through the methodology of the curatorship and the intrusion in the work itself of the artists in order to desacralize it.
All this in the name of a close and regular cooperation between curators and artists aimed at producing an aesthetic shared clear transdisciplinary perspectives.

The Gallery is placed strategically and geographically a double objective: to value in Rome and in Italy a conscious Neo-Pop European current, and extend, in a spirit of critical comparison and discovery, the exhibition projects with other European nations. For this reason the exhibition program considers to be closely interconnected exhibitions taking place in the Rome gallery and other exhibition spaces, public and private, in other Italian cities and abroad, as in the case of this exhibition at the Art Yourself Gallery, that curators thank for their interest and availability.
Can be counted among the exhibits of this aesthetical research path and exhibition, the first solo exhibition of Paolo Gabrielli (Gabriels) at the Pietro Canonica Museum of Villa Borghese in Rome (2012), successive exhibition at the Naval Heritage Collection (Tivat, Montenegro 2013), exhibitions at the Hybrida Contemporanea Gallery of Rome (2014), and those at the Muzeul de Istorie Nationala si Arheologie of Constanta (Romania) and at the City Art Gallery, Varna (Bulgaria) in the same year [3]. Up to the exhibit “European Cuteness Art” this year at the Constantin Brancusi Exhibition Hall in the Palace of Parliament of Bucharest, with the presence of artists from the Art Yourself, and at the Italian Culture Institute of Bucharest,  the four exhibitions held in the Core Gallery (2015-2016) and the exhibition “Popism” at Taormina (Italy). In particular, the itinerant exhibition “European Cuteness Art”, will have a second stage in September at the National Museum of Contemporary Art – Arsenal of Sofia, and comes as the summary task of the working spirit that animates the Core Gallery.

Finally, the gallery makes use of structural cooperation with Lantana Publisher of Rome, through which it intends to give voice to the aesthetic line even beyond, or rather in relation to the exhibition format: therefore, not only the production of books and catalogs on the topic, but also of experimental works that subvert the usual relationship between the visual documentation and the critical and between visual artists and critical writers. For example, the book Bestiarium, published by Lantana, catalog of the exhibition at the Museum of Zoology (Rome) was conceived by one of the artists of the gallery, Omino71, and welcomed a Giancarlo Carpi text in reversed roles (author) focusing on the theme of the mash-up. / Giancarlo Carpi and Raffaele Soligo 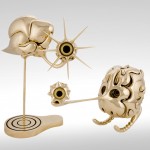 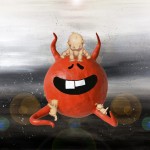 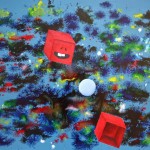 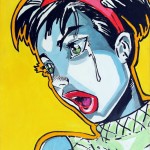 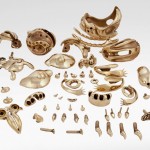 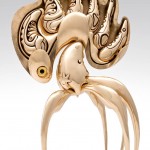 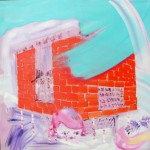 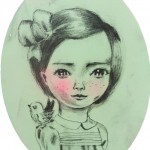 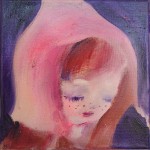 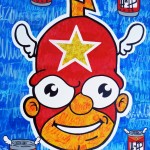 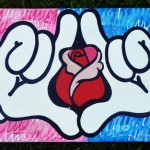 [2] “Le trasformazioni del cute 1890-1990” – “The transformation of cuteness 1890-1990” (Sapienza University of Rome) an historical path from the XIX century root of Kindchenschema to contemporary art.

[3] Gabriels and the italian cute nymphet (catalogue Mazzotta, Milano), curated by Giancarlo Carpi, and the others (“From futurism to the contemporary”, 2013, “Gabriels/Morimura” 2014, “Under the Cuteness” 2014 at Hybrida – Contaminazioni 014, 2014, “Pseudo 1” and “Pseudo 2”, and “Katja Tukiainen Luna Park Abbandonato” at Core Gallery – curated or co-curated by Giancarlo Carpi with the organization of Raffaele Soligo. Montenegro, Constanta and Taormina with catalogues published by Lantana, Rome. In all this exhibition – except personal show – there was the cooperation of two artist Gabriels and Elio Varuna, and in most of the others: Katja Tukiainen, Lucio Fabale, Esteban Villalta Marzi, Cristiano Petrucci, Stefano Bolcato, Omino71. 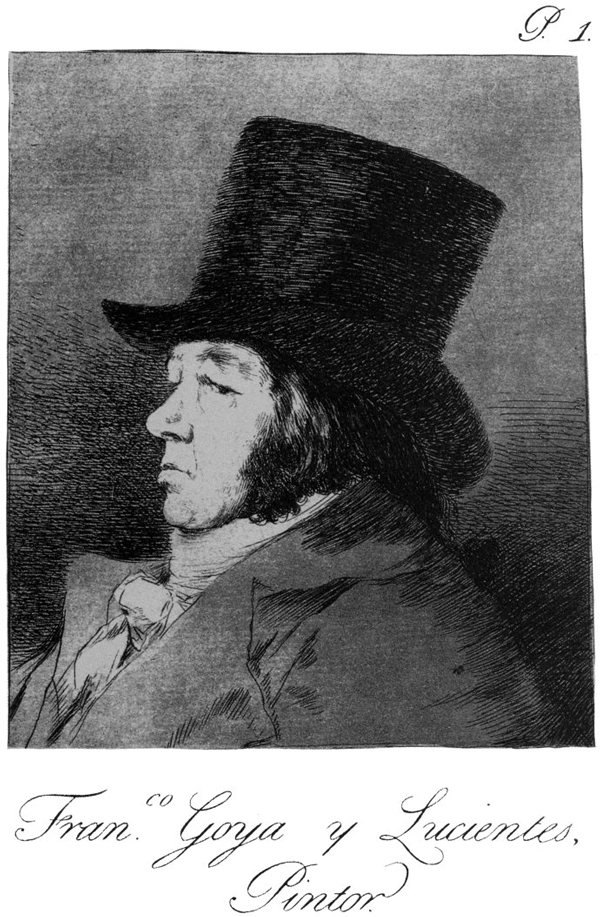 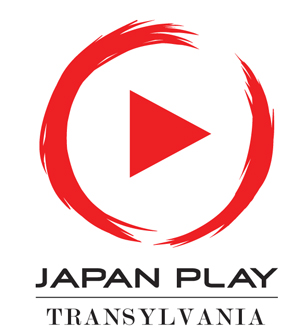 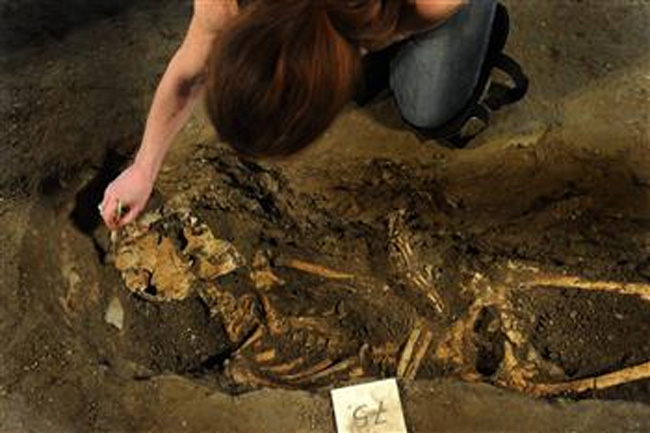