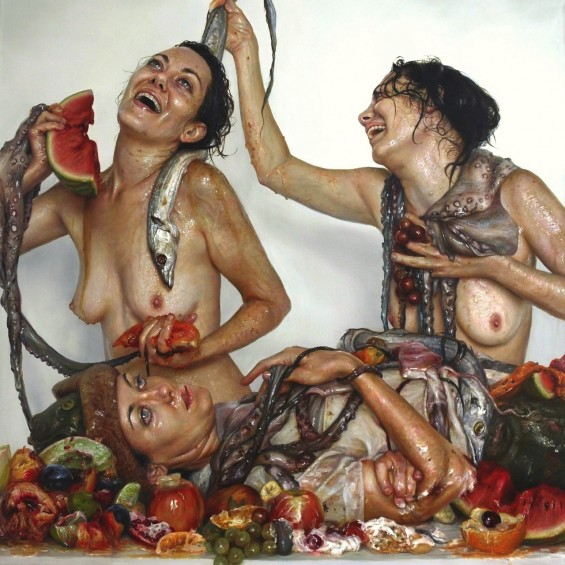 New York painter Monica Cook depicts absurd, messy scenes in these paintings of women playing and posing with food and sea creatures. Often referred to as “absurd,” her work tells of women, sometimes not naked, covered in liquids and slime, fruit pulp, and cradling octopi. There is no arguing her painterly talent at narrating the viscosity of the elements in the frame, but she leaves it up to the viewer as to how they will interpret the contents of the scene. Meaning, she has no implied meaning:

“When I’m painting, it’s more about my relationship with the object than it is about me. It’s hard for me to separate myself from the experience. It could be a fish or an octopus. I handle it until it becomes unfamiliar to me so I can see it in a new way. People might want to read into those paintings but for me, it’s just about finding magic in the mundane and exploring further. I’m sure if I stumbled upon the work I’d see it differently.” (Excerpt from Source) 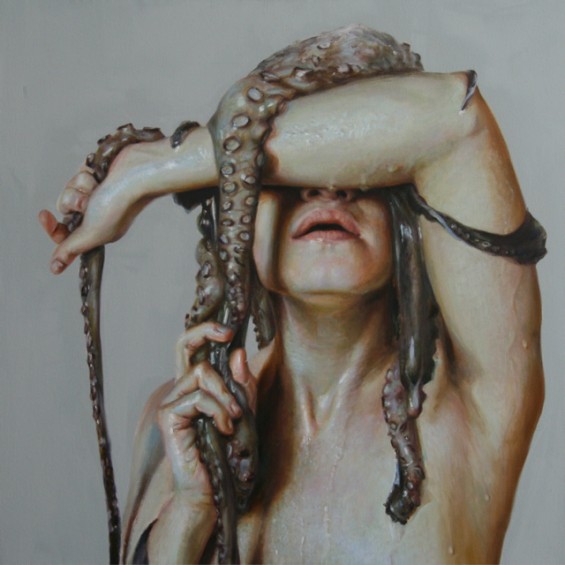 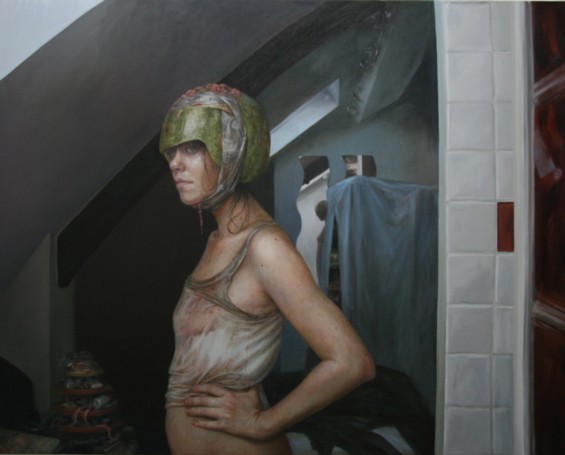 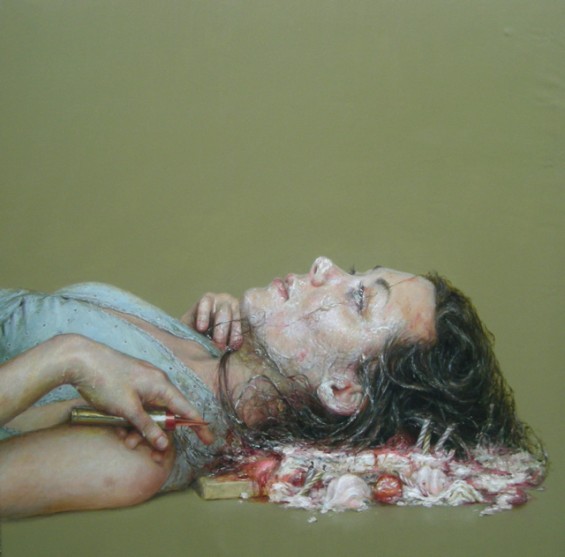 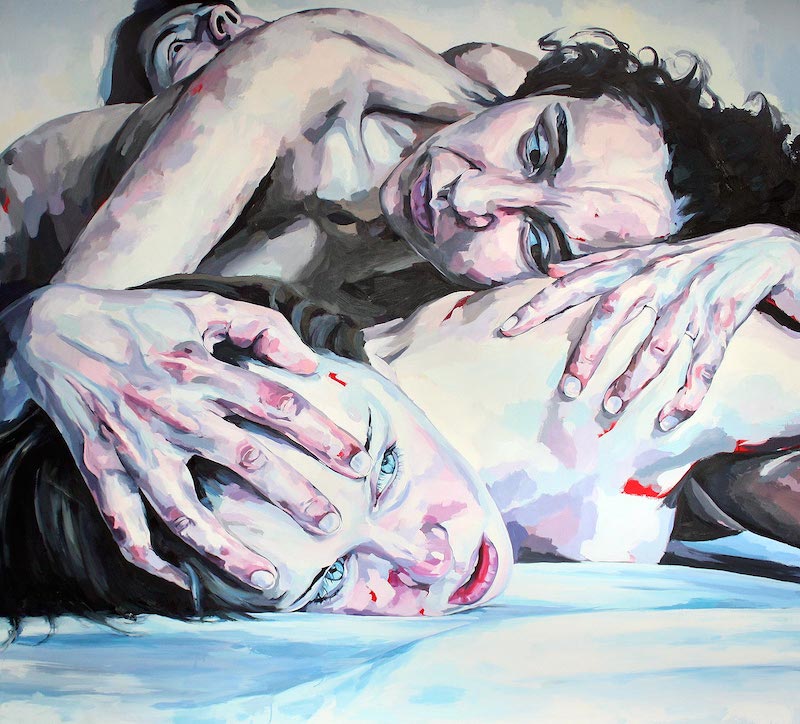 The Vibrant and Passionate Painting of Duarte Vitoria 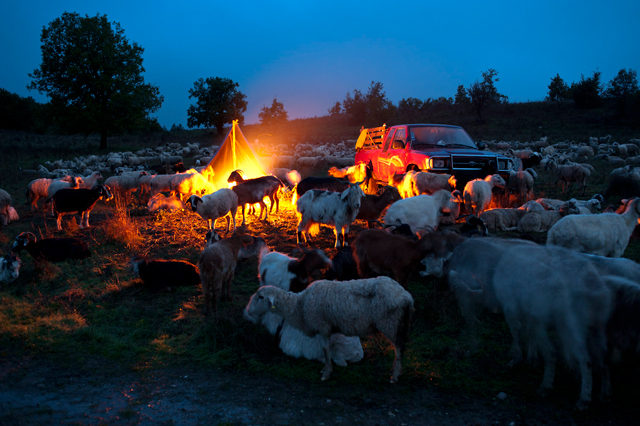 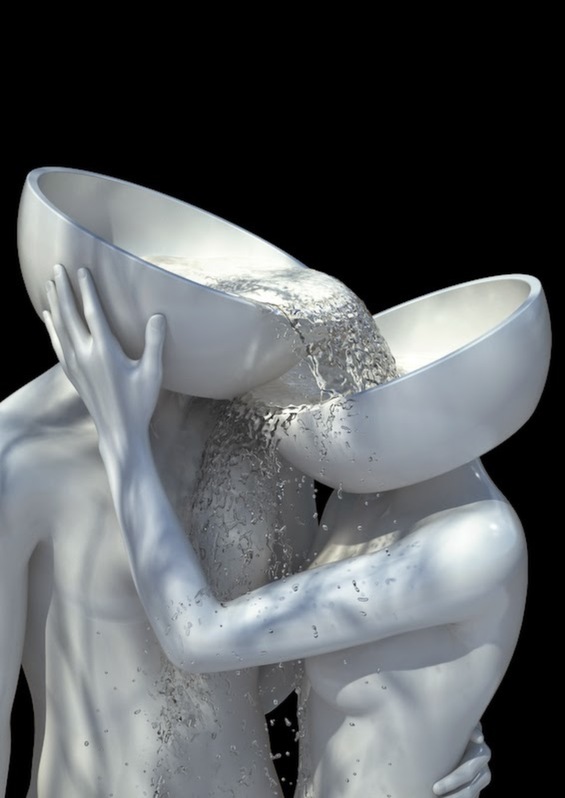