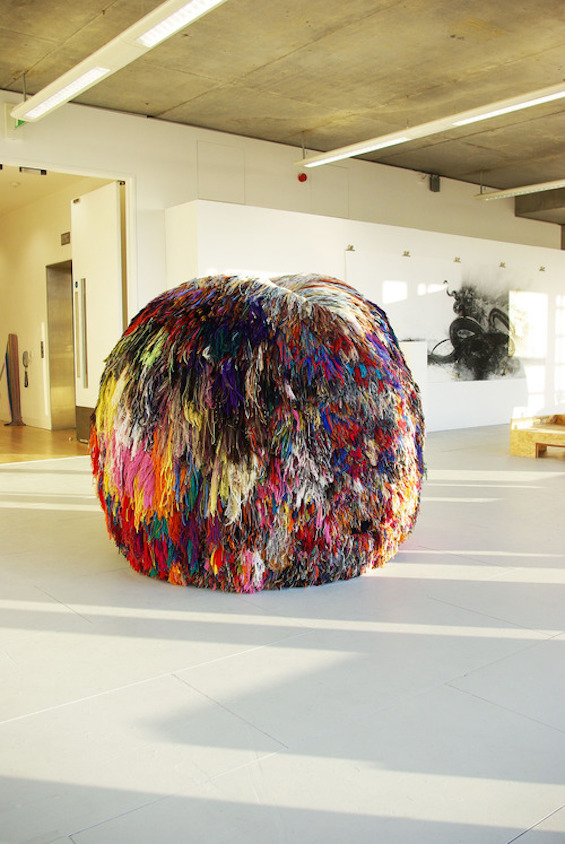 In artist Eleanor Davies’ piece titled Over 200 Beautiful Colors, she crafts a traditional yarn pom pom (like something you’d see on a beanie), but on steroids. Using wool, newspaper, and rope, Davies wraps donut-shaped discs with yarn and stacks them on top of one another. They become a mountain of wound wool, and finally she cuts the edges of every disc. This releases the fibers around the cardboard, and they form a larger-than-life ball of fringe.

The result of this tedious effort is something that you want to touch and maybe even hug. And, that’s Davies’ intention. She wants the viewer to desire an interaction with it. But, at the same time, she also wants to you to feel some sort of repulsion to it. Even though it’s a magnificent and incredible piece, you compare it to what other smaller, more perky-looking pom poms look like. This, in all its glory, droops as gravity has got the best of it. “The oscillation between attraction and repulsion is experienced through the disruption of taste values,” Davies writes in an artist statement. “Sculptures seek attention and flaunt themselves in such a way that they ask for it.” 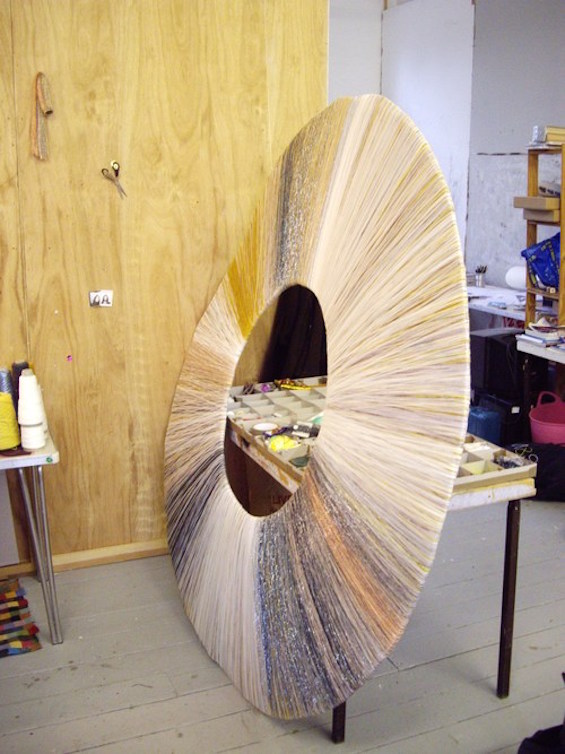 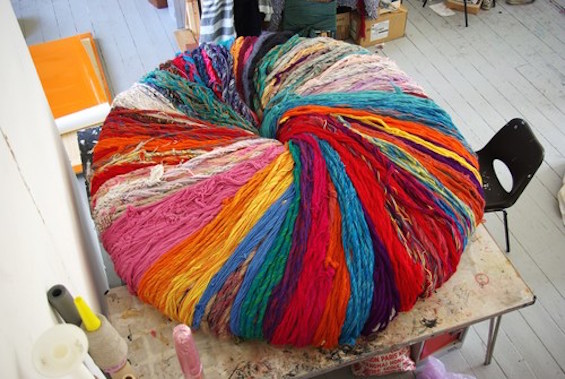 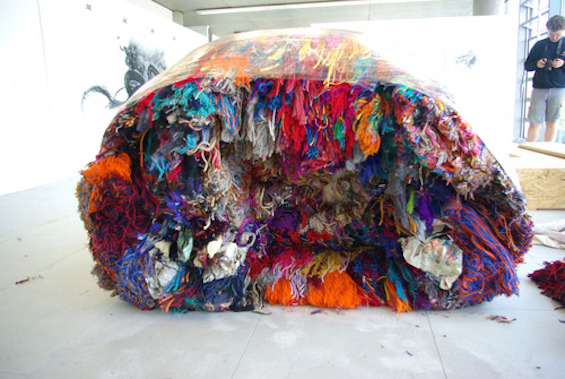 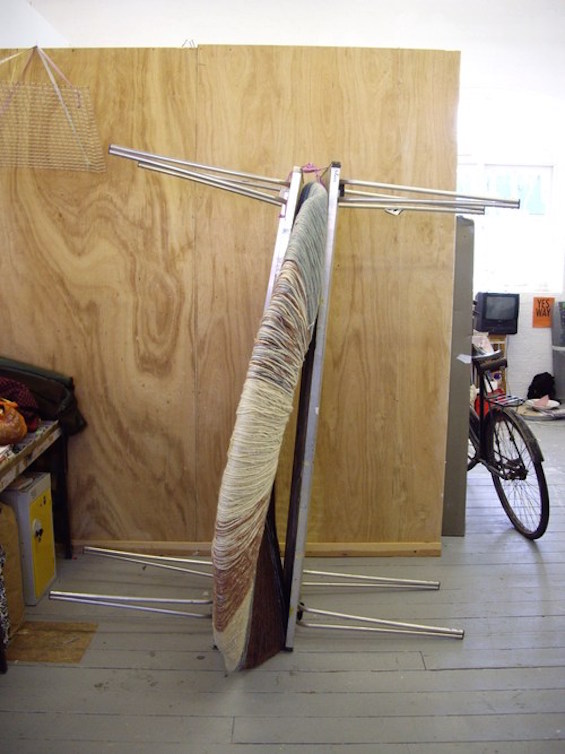 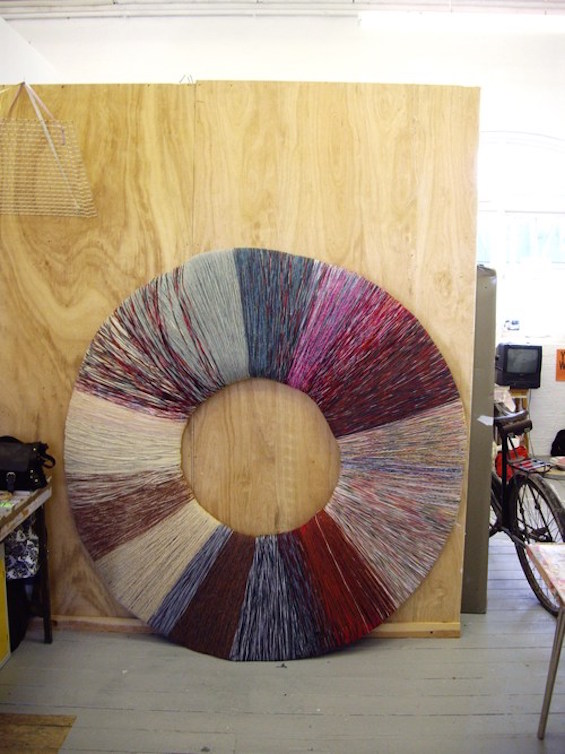 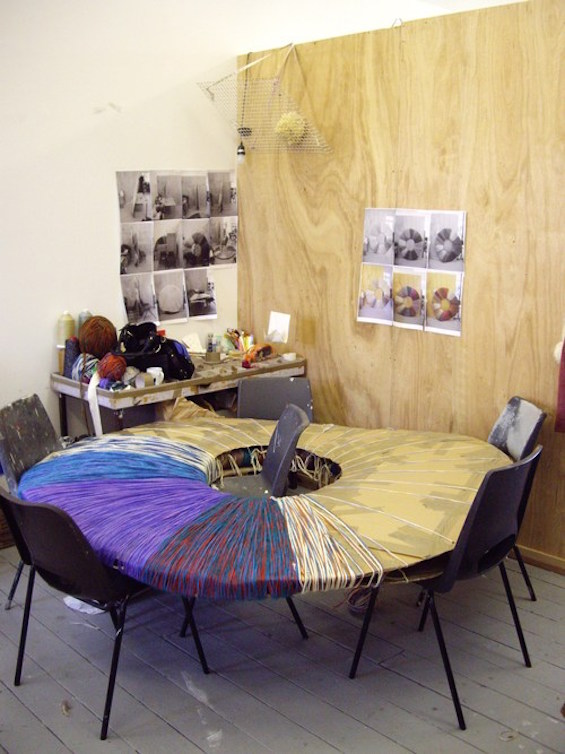 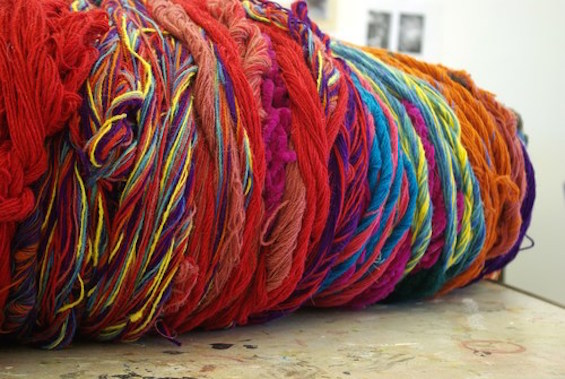 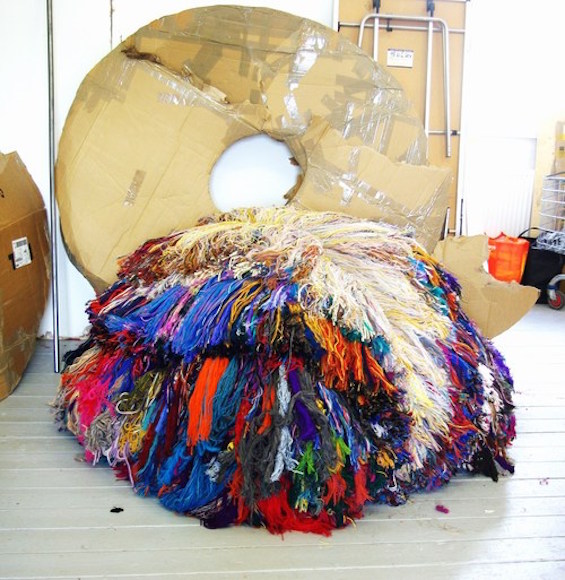 The slow and meticulous construction of Over 200 Beautiful Colors is akin to a beautiful regime. Davies goes on to say:

In appropriating the sculpting techniques of hairdressing; extensions and highlights are added to slowly modify and enhance a sculpture’s look. The compulsive desire to reconfigure, reinvent, re-cut and re-colour is due to the satisfaction gained through succumbing to the lure of the surface. The process of overworking the sculptural surface is self indulgent and my practice embraces and revels in this.

Eleanor Davies’ Giant Pom Pom Made With Over 200 Colors Is On Steroids appeared first on Beautiful/Decay Artist & Design. 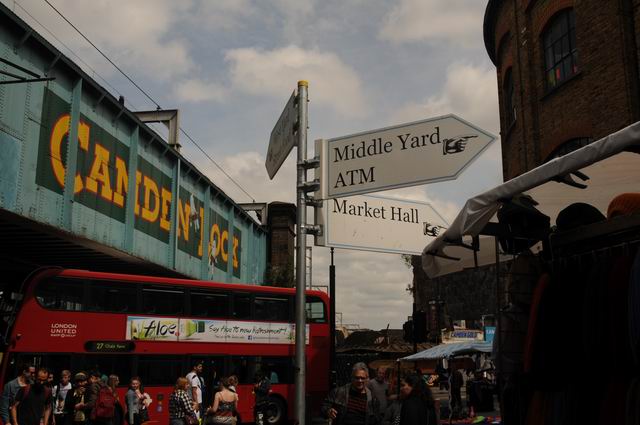 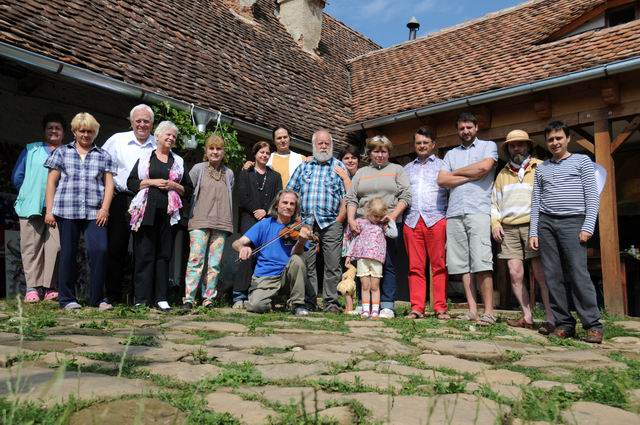 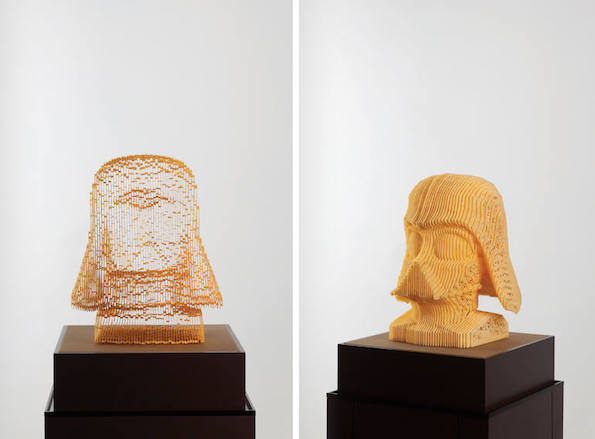