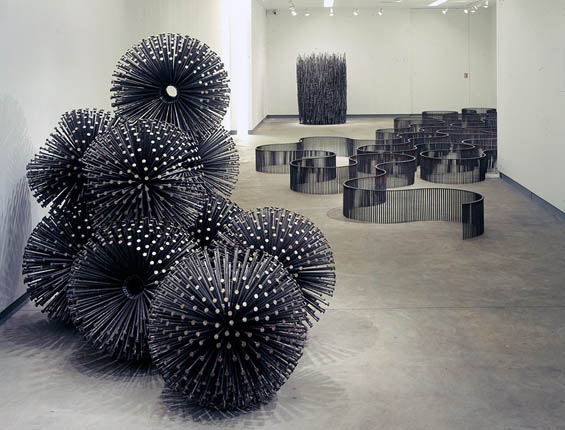 Sculptor John Bisbee has been working exclusively with nails for the last 30 years. He finds seemingly endless ways to bend, weld, hammer and manipulate the nails into large, striking, elegant sculptures. His installations include large wall murals of geometric patterns, three dimensional flower shapes, robust seed pods, intricate star bursts, and delicately twisted spirals. Most of his forms are based off ideas of flora or fauna, on either a magnified or minute scale. He proves that even an industrial material can be coerced into something graceful, and even flimsy.

Bisbee’s mantra is “only nails, always different”, and he uses it as a guideline or reminder that you don’t need much to push the boundaries and to be creative. Narrowing his materials down even further, he has for the last decade limited himself to 12 inch steel nails known as ‘bright common’. Treating the nails as lines, Bisbee says there is not much he can’t do with this wonder material.

Bisbee discovered the potential for nails completely by chance. While rummaging through an abandoned house during his years as a college student, looking for raw materials, he came across a lump of nails, fused together in the shape of the bucket that had held them. He then proceeded to explore just how far he could corrupt the nature of nails and used them as a drawing tool and as an inspiration in and of themselves.

You think that you would sort of choke off your options and potential, the more you keep excavating a single item, but I find it’s the opposite – it explodes. There are so many amazing tangents that I haven’t had the time to take; so many great insights that are buried years back, so it’s ever expanding, this mundane object. I’m quite happy saying now that I will only work with nails. (Source) 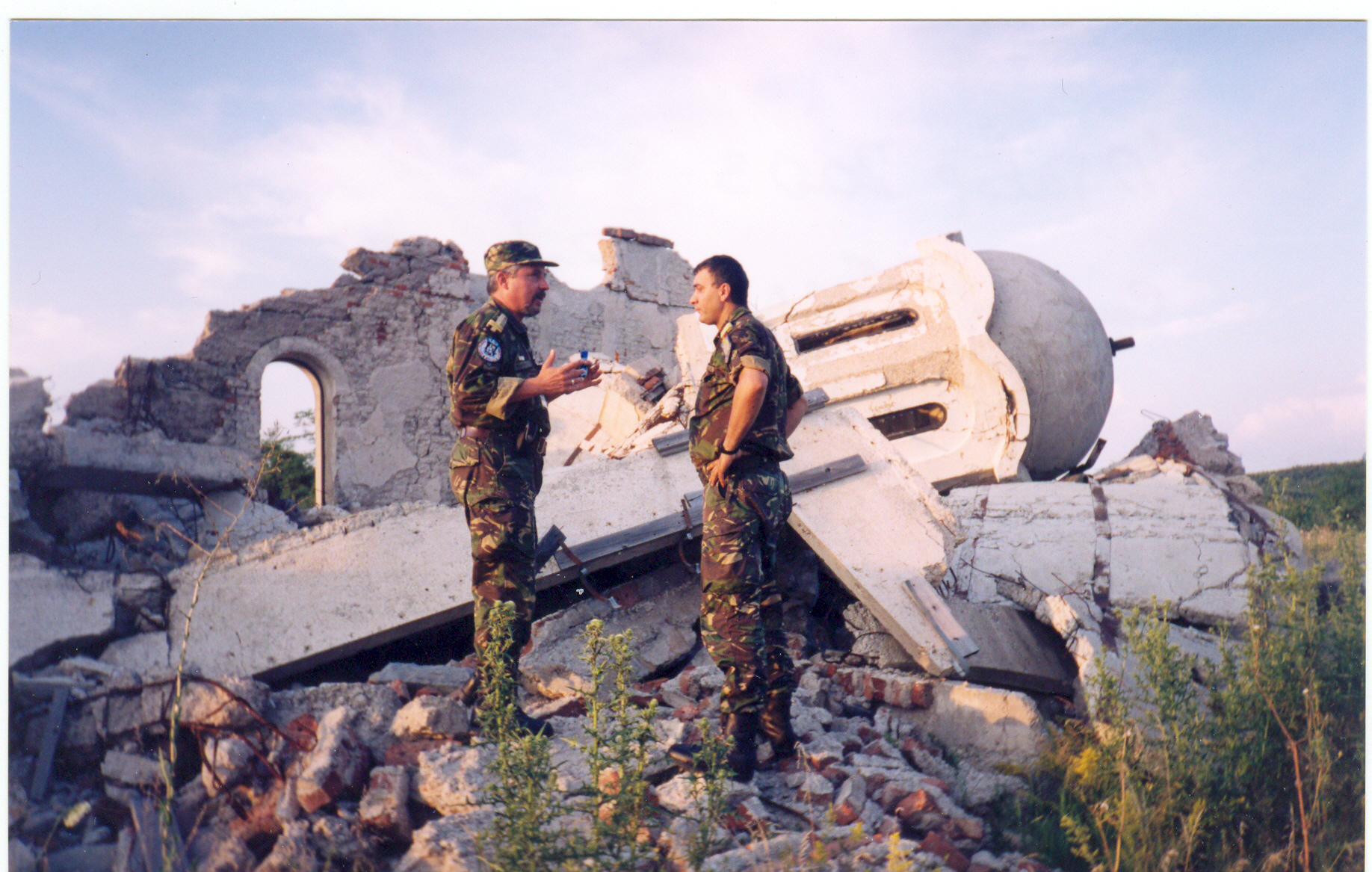 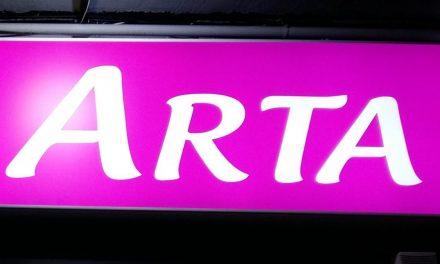 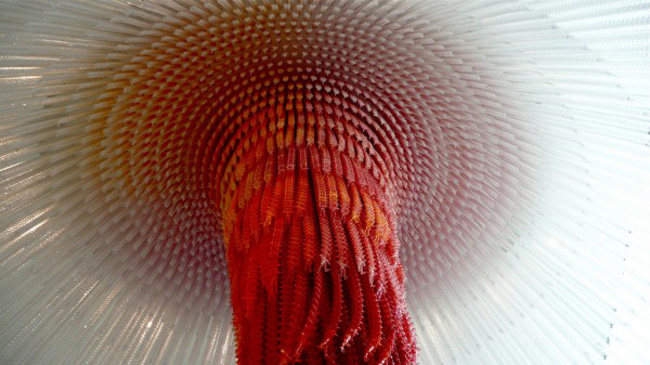 „Cause & Effect”: A Vortex of Little Orange Men