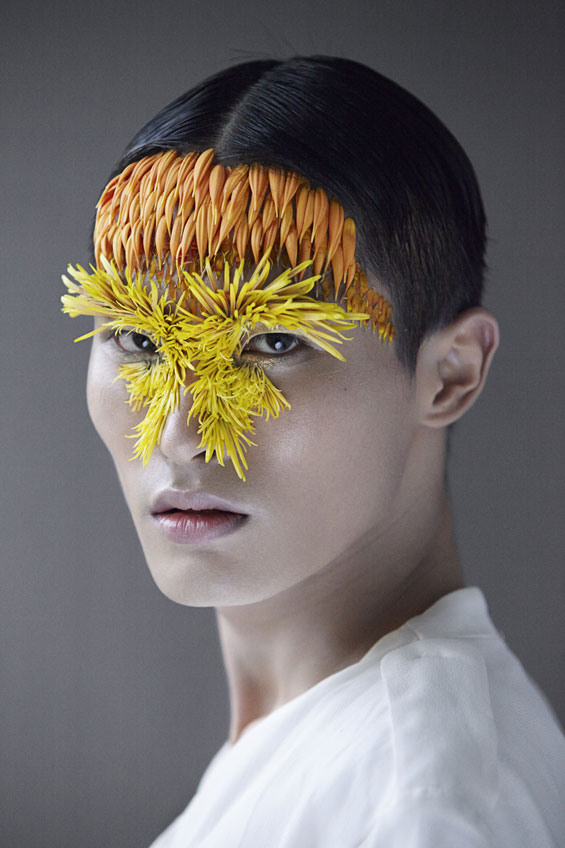 When vegetal artist Duy Anh Nhan Duc and photographer Isabelle Chapuis collaborate, the resulting images of people and flowers are anything but cliché. The series “Etamine” (stamen) and “Dandelion” are elegant and surreal, beautifully conceptual and expertly shot.

In “Etamine” a somewhat androgynous man is adorned in black and red and purple and yellow. “Fragile compositions of thousands of petals: carnations, anemones, irises and chrysanthemums merge with the skin.” The petals resemble feathers, as if these are sensual and captivating birds preening for the camera.

“Duy Anh Nhan Duc is an artist who handles vegetal art in a very singular way.… He merges plants with human bodies, integrates them with objects, combines them with his drawings or stages them though his short-films. Through his work, he weaves a poetic world where plants rule as masters.” 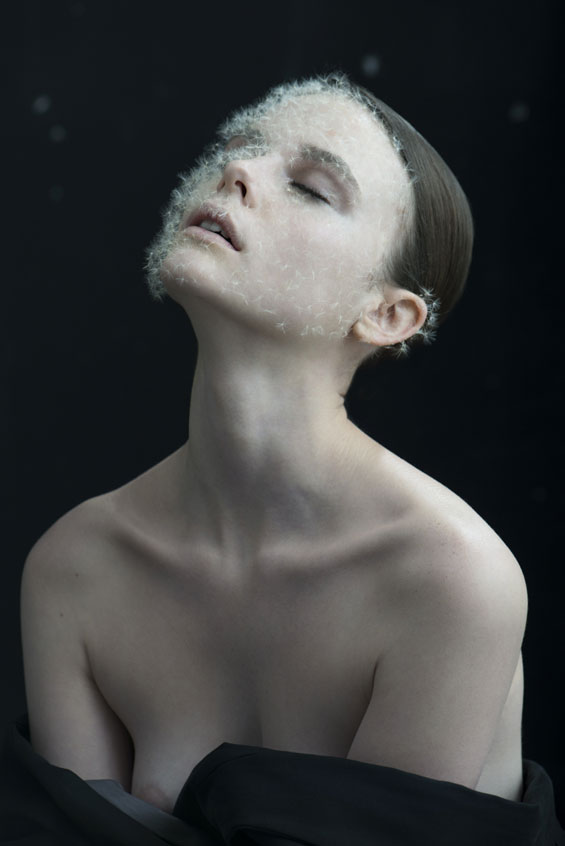 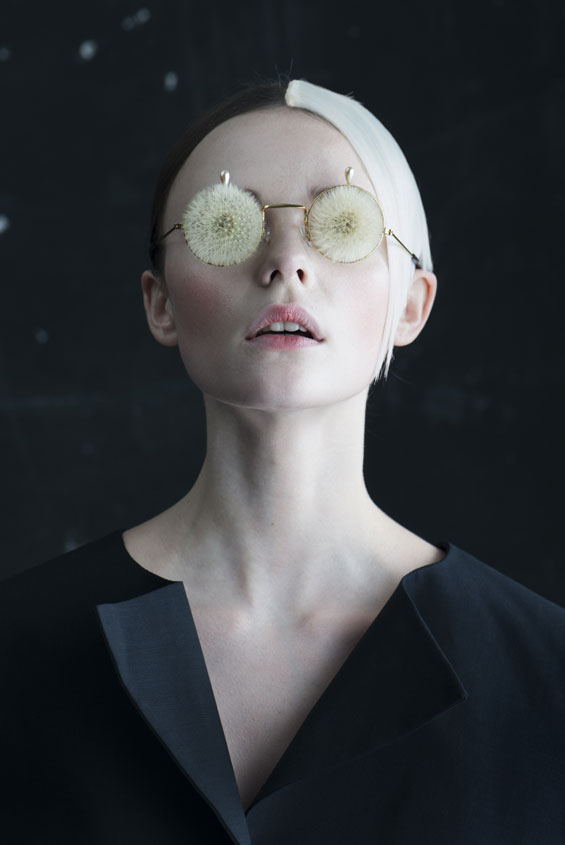 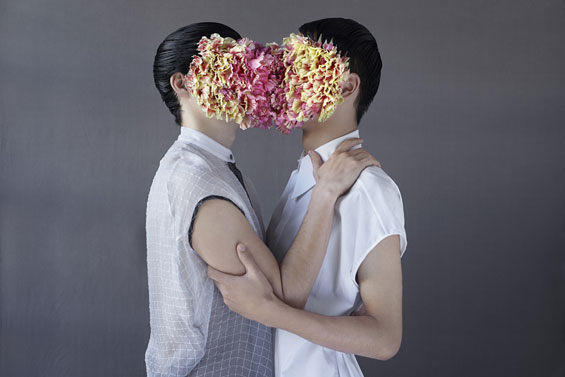 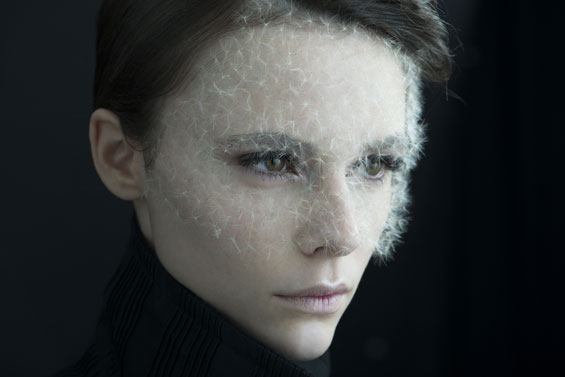 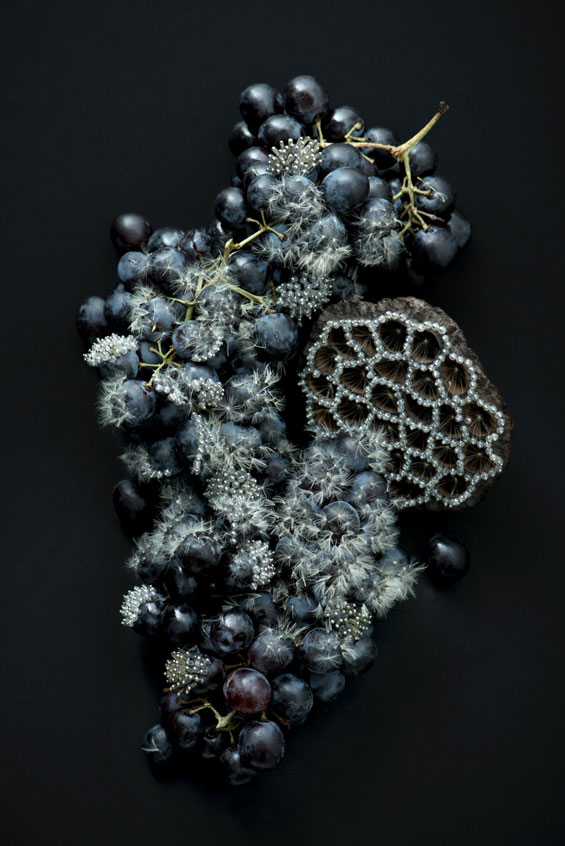 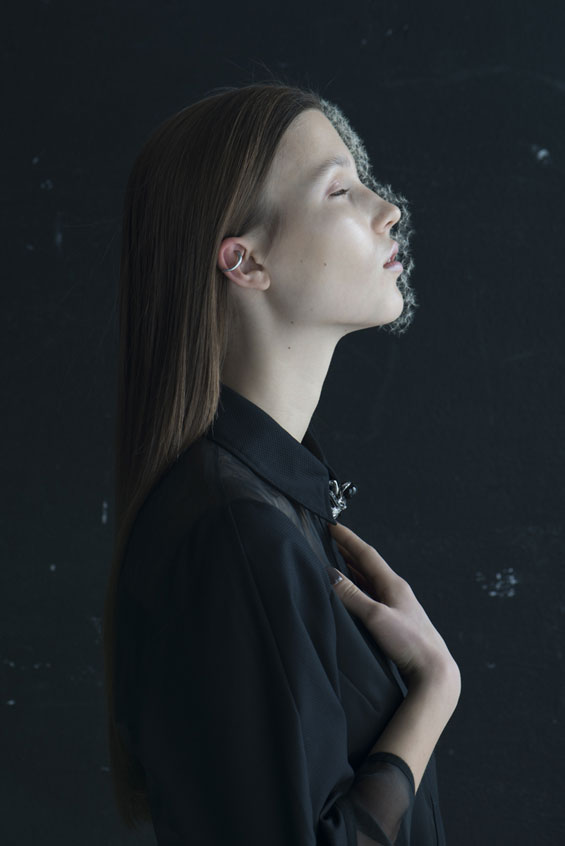 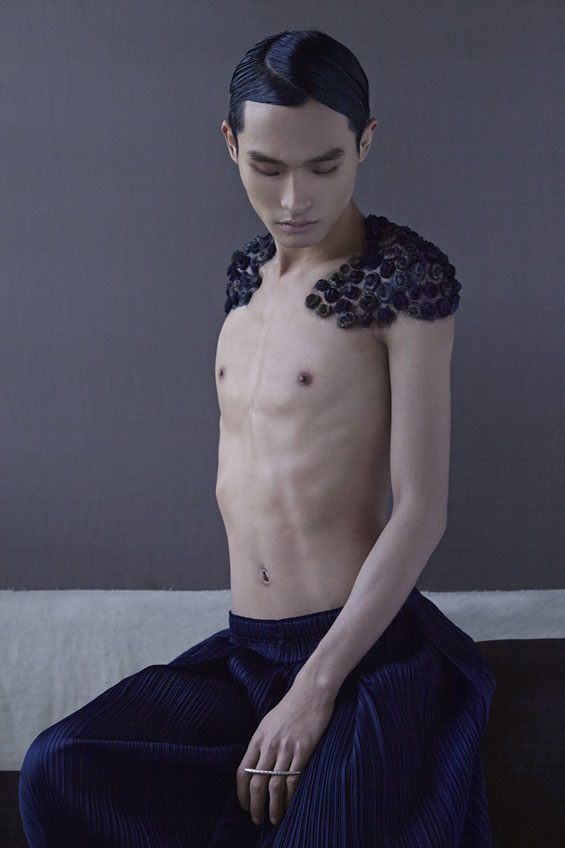 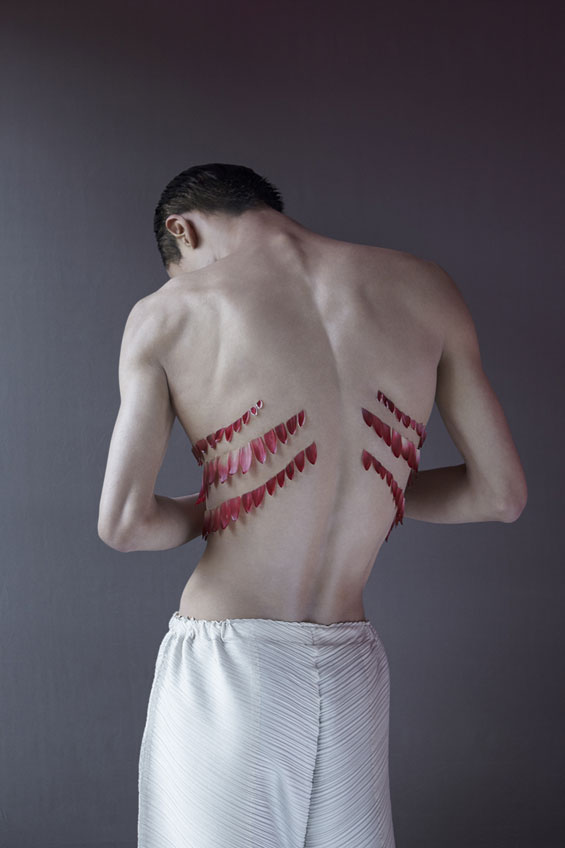 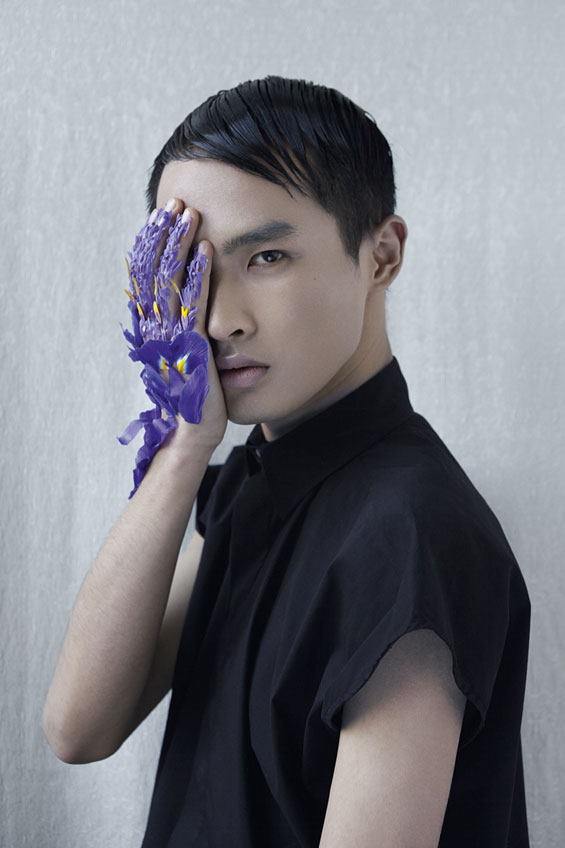 Like its seed head, “Dandelion” feels more fragile, suspended in time, as if the female model is holding her breath. Shot against a black background, the dandelion seeds are as impossibly delicate as snow or fog. Where in “Etamine” the petals have merged with the male figure, the seeds in “Dandelion” are ephemeral, pausing for a moment before floating away on a breath or a breeze.

Chapuis says, “I’m very inspired by the aesthetic movement in painting, Tim Walker. C’est l’art pour l’art. Art for its own sake. It’s only about emotion. I don’t want to accomplish anything beyond appealing to peoples’ senses”. (Source)

These series are proof of the magic that can happen when two extremely talented artists combine forces to make captivating work. (Via Ignant) 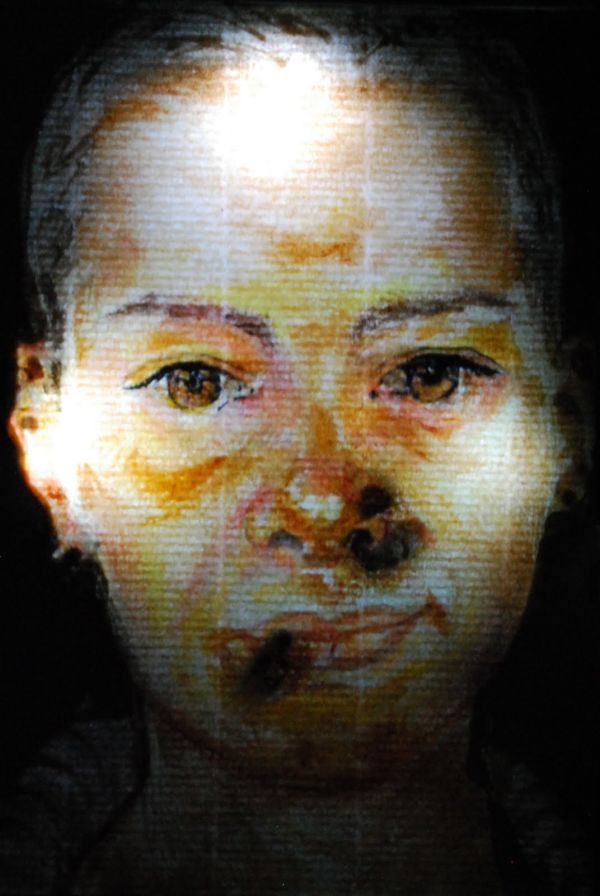 Radiography Of A Portrait 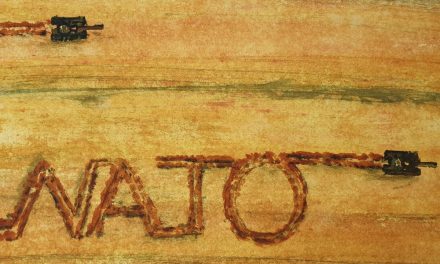 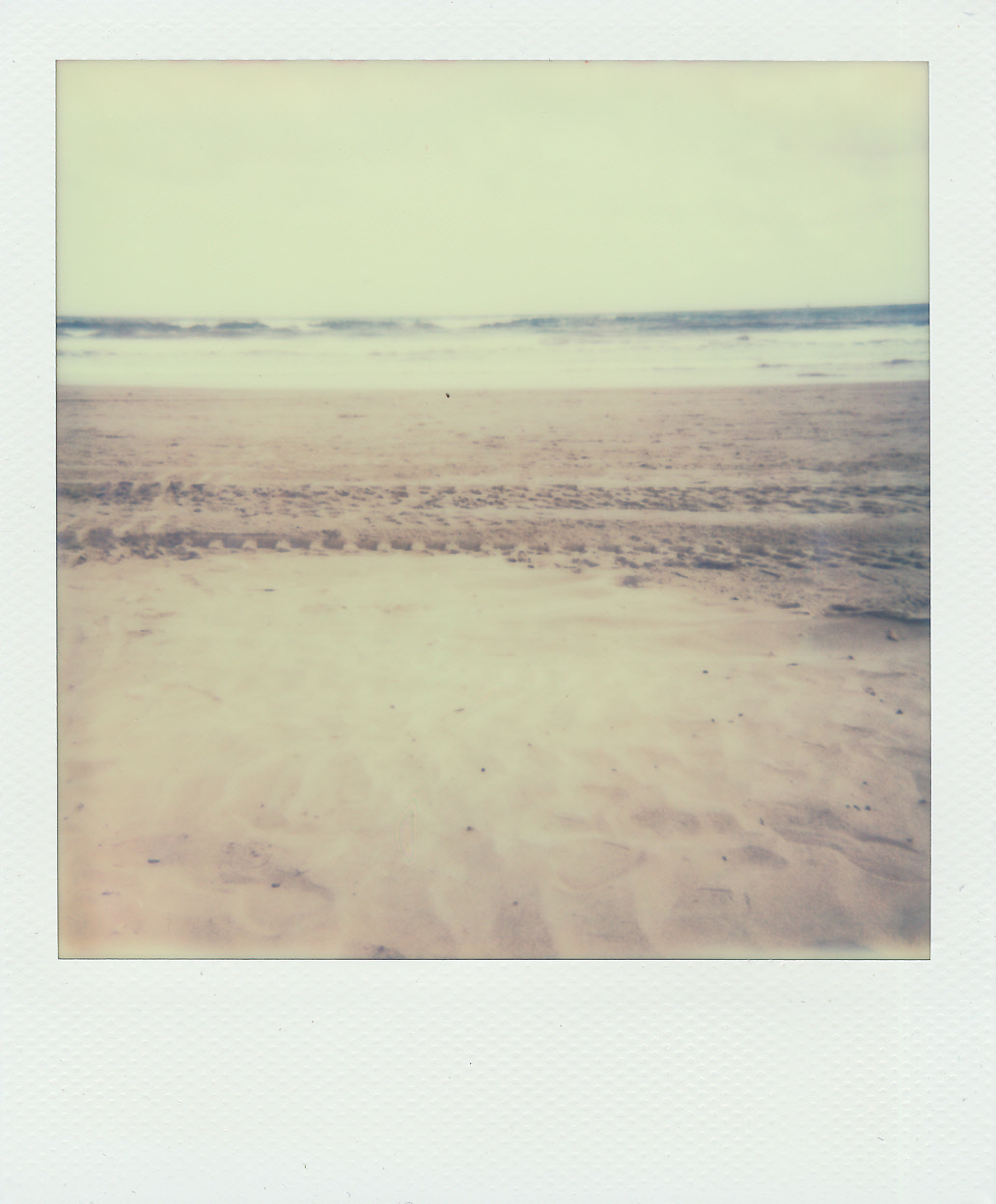