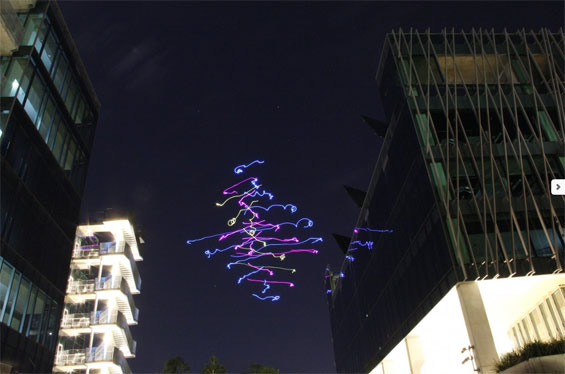 At the intersection of art and technology Austria-based Ars Electronica Futurelab has developed a method for making responsive light art in the sky. “Spaxels (a portmanteau word from space pixels) are LED-equipped quadcopters. They make up a swarm of drones that can ‘draw’ three-dimensional figures in midair.” A cross between fireworks and a screensaver, the quadcopters move in precision routines to make 3d light sculptures in the sky. 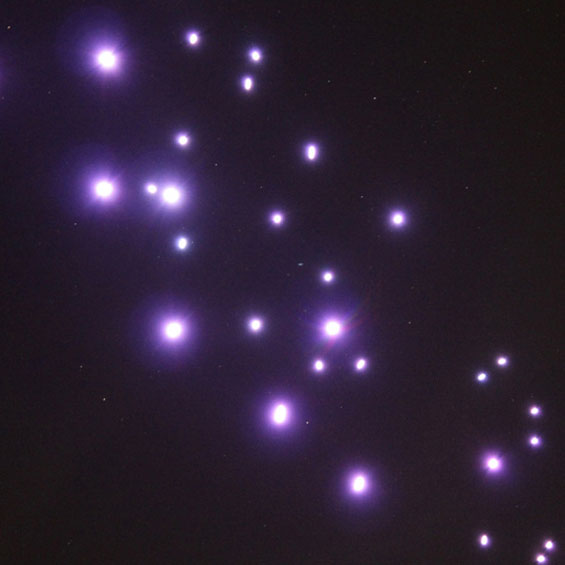 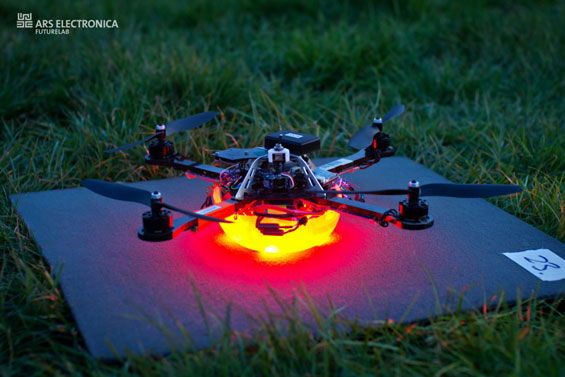 Flying through the air, the Spaxels look like UFOs, strange glowing objects in the sky. Because they’re controlled, though, they are capable of creating endless permutations. In London, they drew the Star Trek logo near the Tower Bridge. 50 quadcopters performed “The Cloud in the Web” in Linz. The Emirate of Sharjah saw multiple formation flights in “Clusters of Light,” part of a celebration of the start of its term as Islamic Capital of Culture.

“Clusters of Light’ gives an account of the life of the Prophet Mohammed and the early history of Islam. While the cast acted out the narrative on stage, the LED-studded spaxels visualized it in the sky above. In this role, the spaxels formed visual elements such as an arc spanning the amphitheater and the words of God falling from the heavens like drops of rain.” (Source)

Gracefully swooping and swarming, guided by gesture, the Spaxels mimic nature while pushing the boundaries of technology. (via Juxtapoz) 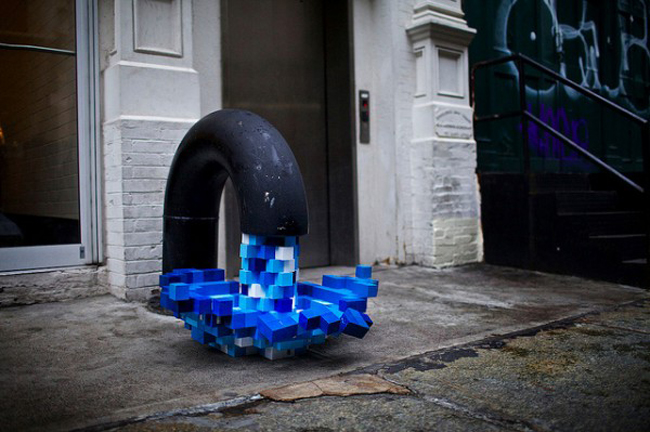 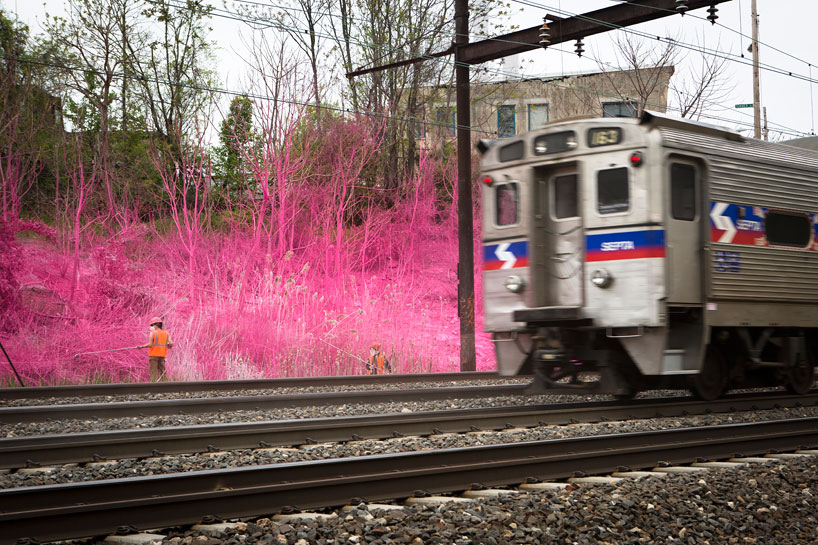 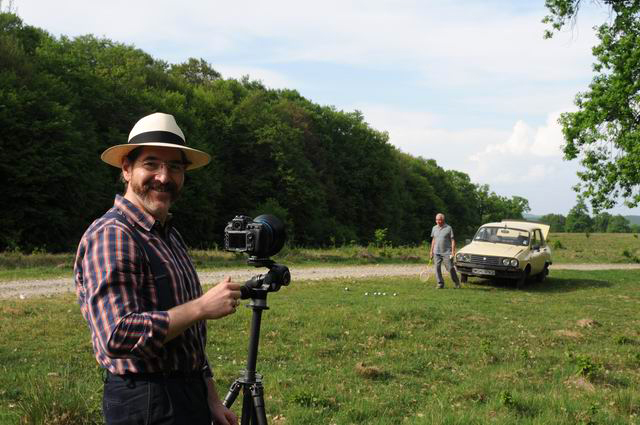