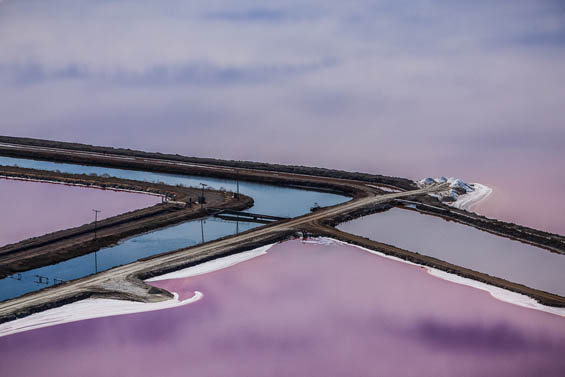 Photographer Julieanne Kost‘s latest project takes a look at the Salt Lakes south of San Fransisco. Treating her photographs as abstract paintings, she chooses a very specific angle of the landscape to focus on. With the emphasis on the graphic nature of the lakes, they become something entirely otherworldly. Sky becomes water, the horizon is in the wrong place, power lines seem to float in mid air, clouds appear unexpectedly, and the colors are all wrong. That being said, these images are the result of something even more surprising – the intense shades are all a part of the salt evaporation process. The ponds can range in color from a rich navy blue to a luscious magenta, and are due to the salinity levels of the water and the micro organisms that live in each pond. 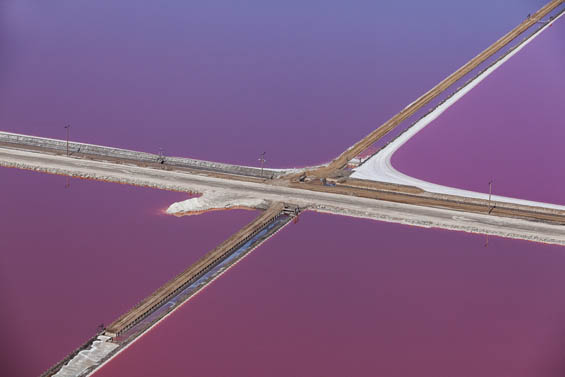 Kost is heavily involved in Photoshop and other Adode photo enhancing programs (and is also the publisher of theDaily Photoshop and Lightroom Tip), but has for a long time had an eye for interesting landscapes and their natural patterns.

In her work, Julieanne combines a passion for photography, a mastery of digital imaging techniques and knowledge gained from a degree in psychology, in order to construct a world similar enough to appear familiar, yet obviously an interpretation of the physical reality that surrounds us.

She wants her images to be abstract enough to allow viewers room for their own interpretation – to inject images from their own dreams into her snapshots. And she is able to do just that – turning a familiar type of landscape (albeit a very interesting process that is happening there) into something that looks like it is an image sent back to Earth from Rover exploring the surface of Mars.

(Via This Is Colossal) 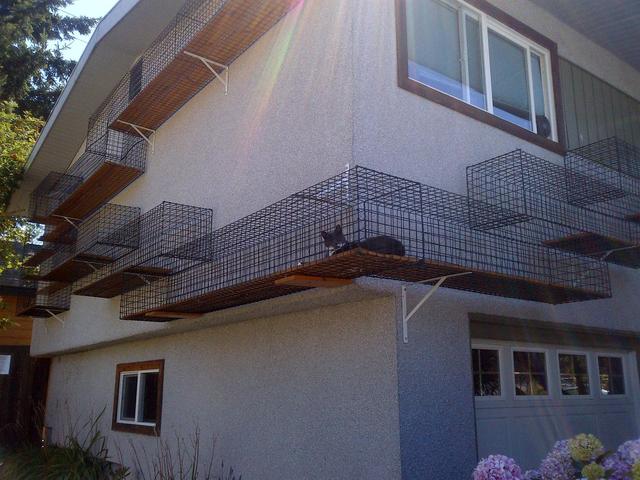 The state of fury