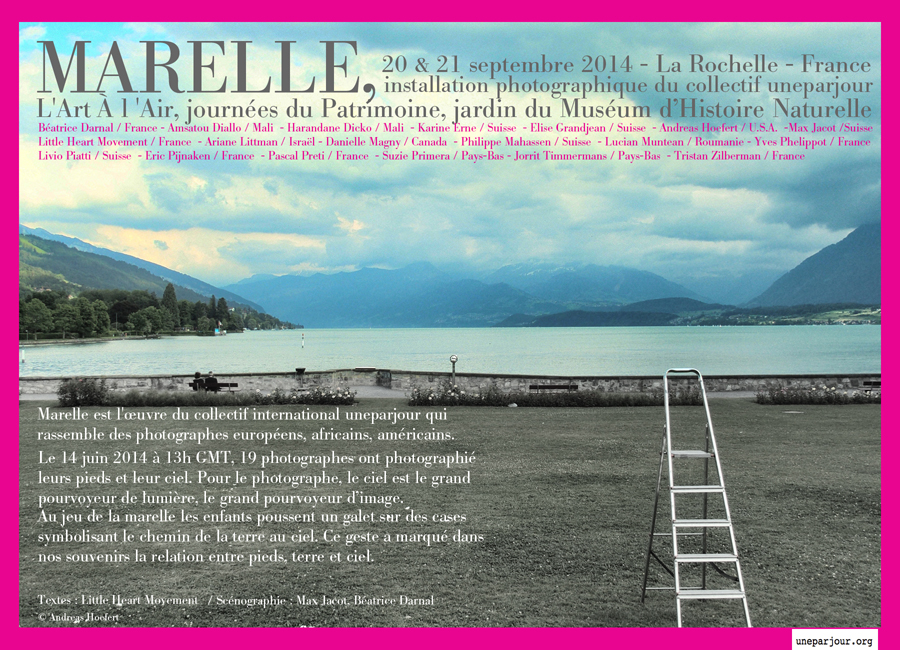 Hopscotch is a work by the international collective uneparjour (oneaday) which brings together European, African and American photographers. The website uneparjour was born in 2006 as a gathering point. The photographers create a picture every day and publish it. The collective puts up exhibitions and photographic actions as well, often in the open air.

The Hopscotch project originated in the bringing together of images of skies and feet, in particular those of African women gathered by Amsatou Diallo in Mali in the early years of the collective.

When playing hopscotch, children push a pebble on squares which symbolize the path from earth to heaven. This gesture has printed in our memories the relationship between feet, earth and heaven. One hops on one foot from square to square, avoiding to fall outside, in hell. Sometimes around heaven, a girl or a boy is waiting for us.

From her many trips to India, Africa, North America and central Europe, encouraged by her friend Alexandra David-Néel, Louise brings back many olzliths – painted pebbles bearing symbols or images of eyes.

The scientific study of her collection allows her to establish the universality of the game of hopscotch, a passion of her whole life.
This game, which can be found under various forms, is composed of earth, heaven – or paradise, and of hell. A flat pebble pushed by the foot enables passing from one to the other. In 1925, she donates her collection (19 pieces) to the Museum of Natural History and Ethnology of La Rochelle.

This collection of olzliths was shown to the public till September 1954, after which it mysteriously disappears from the showcases.
Just as mysteriously in September 2014, some of these pieces begin to emerge in the garden of the Museum. This natural phenomenon remains unexplained. 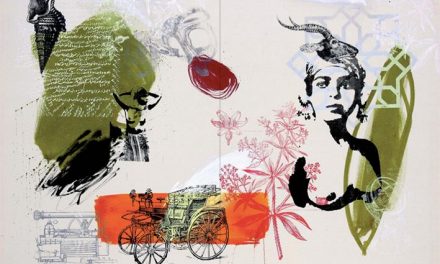 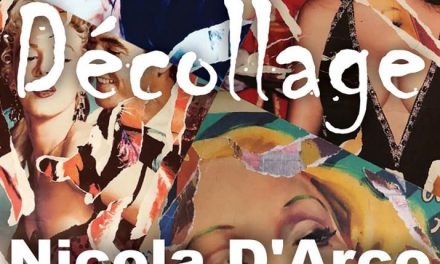 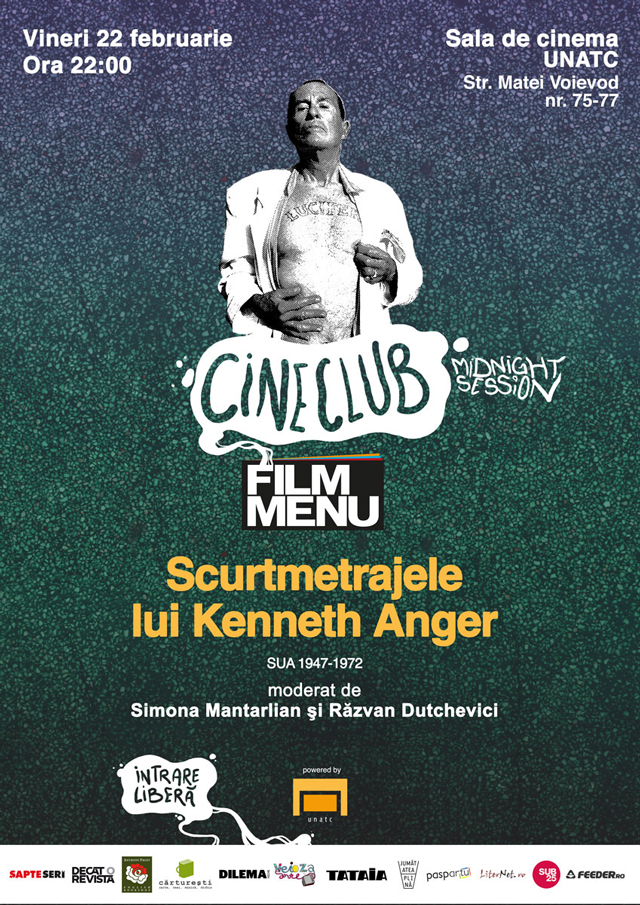 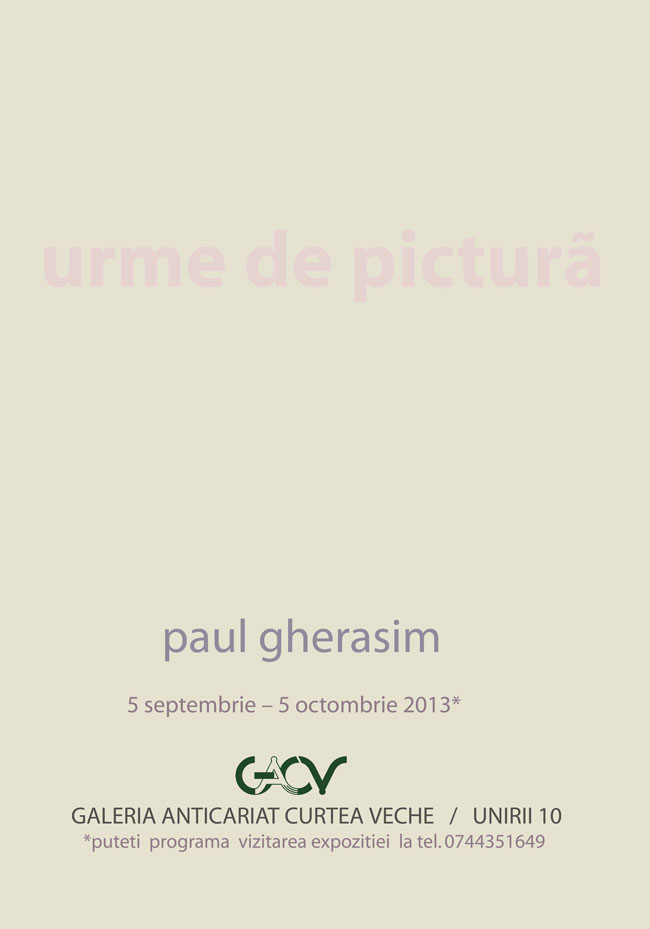