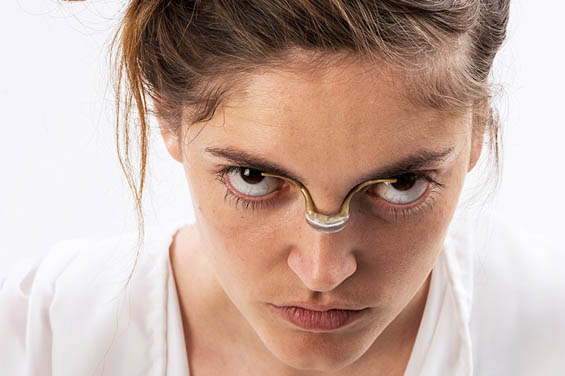 Blinker. Placed on the bridge of the nose and across the eyelids, it harvests energy from eye-blinking.

Blood Bridge. Each spike is inserted into a vein; blood stream spins the wheel and creates movement likely to be turned into electricity.

Pulse Conductor. Pierced onto the back, this device would harvest energy from the neurological pulses sent through the wearer’s spine. 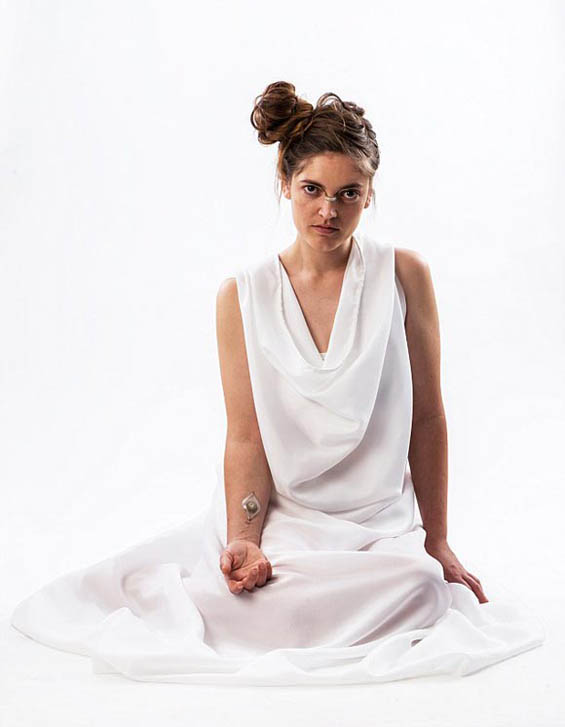 Jerusalem-based industrial designer Naomi Kizhner created a series of sci-fi jewelry than harvest kinetic energy from a human’s body and turns it into electricity. Titled “Energy Addicts”, Kizhner’s graduation project addresses world’s forthcoming energy crisis. Her jewelry is an attempt for an existing renewable energy source that hasn’t been tested yet.

“It interested me to imagine what would the world be like once it has experienced a steep decline in energy resources and how we will feed our energy addiction. There are lots of developments of renewable energy resources, but the human body is a natural resource for energy that is constantly renewed, as long as we are alive.”

The jewelry is made from gold and 3D-printed biopolymer. Each piece contains sharp stings that neatly pierce the skin and serve as bio energy harvesting devices. The energy is generated from the body’s subconscious movements, such as blood flow or blinks of an eye. Kizhner created several designs to be worn on different body parts and to draw energy from specific physiological functions.

According to the designer, technology is not too far from turning these ideas into reality. However, she argues that the important part lies in human psychology: “<…> Will we be willing to sacrifice our bodies in order to produce more energy?” asks Kizhner. With her project, artist yearns to provoke people and spark the discussion on our possible future. (via Dezeen) 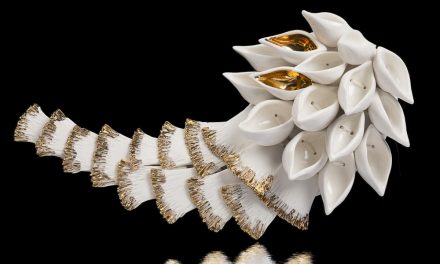 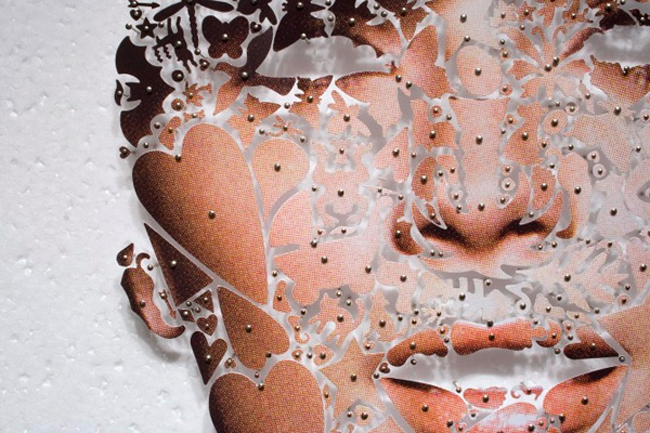