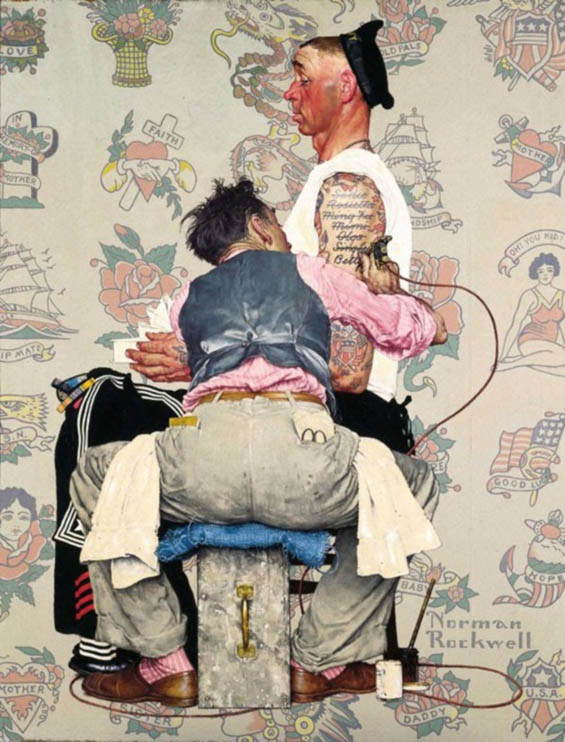 Norman Rockwell (1894–1978) was a celebrated 20th-century American painter and illustrator, whose works became the imagery depicting everyday life in the States. It appears, Rockwell’s photo-realistic artworks were often accompanied by staged photographs which artist then used as a reference to paint his nostalgic scenes.

Storytelling is a natural part of all of Rockwell’s paintings. Often disguised, the true story would reveal itself through the smallest details which the artist always considered beforehand. Take his illustration called “Marriage Counseling” (below): the intention is clear but there are many unfolding details like the man’s black eye or even the books stacked in the shelves reading Van Eyck and Giovanni Bellini. Due to these impeccable narratives, even the reference photographs become works of art.

“There were details, accidents of light, which I’d missed when I’d been able to make only quick sketches of a setting. A photograph catches all that.”

At first, Norman Rockwell was hiring professional models but after awhile he switched to having his friends and neighbors posing for the photographs. For example, the tattooed sailor (below) was also Rockwell’s neighbor, Clarence Decker. During his career, artist produced over 4,000 original works and snapped more than 20,000 reference shots. The collection was revealed by the Norman Rockwell Museum and its curator, Ron Schick. It was also turned into a traveling exhibition and book titled “Norman Rockwell: Behind the Camera”. (via NPR) 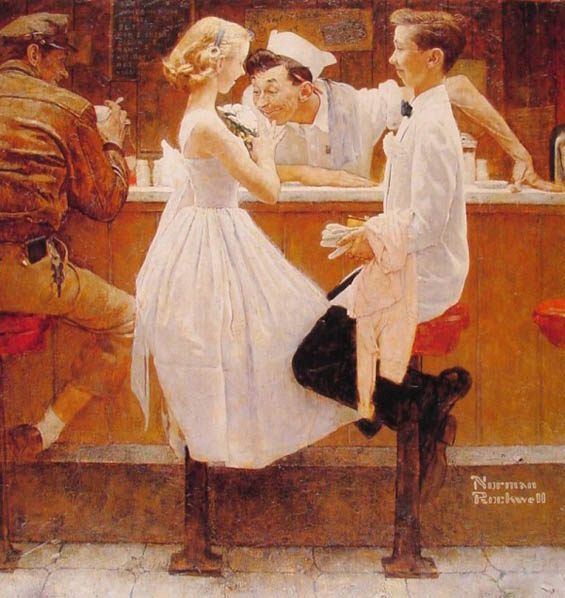 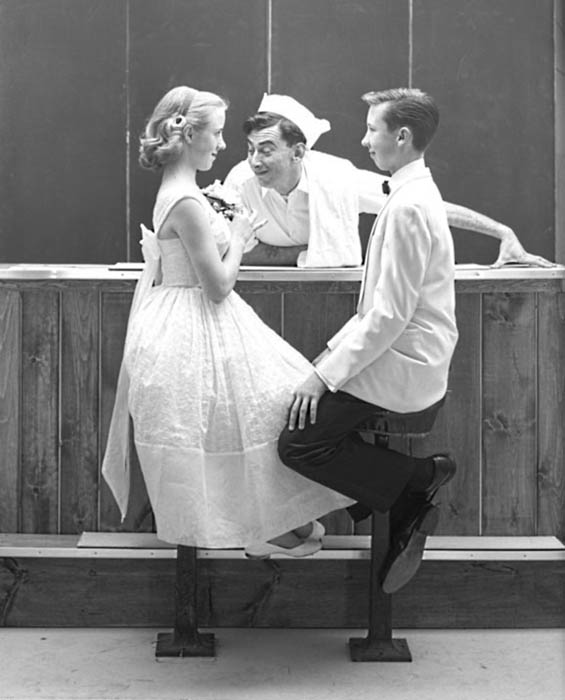 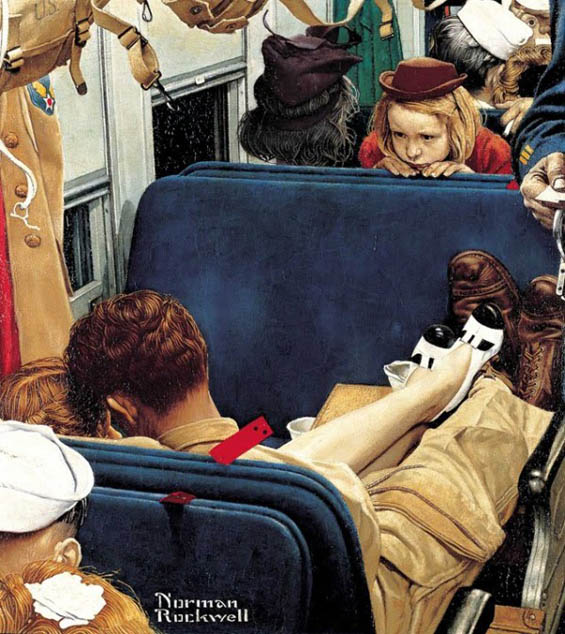 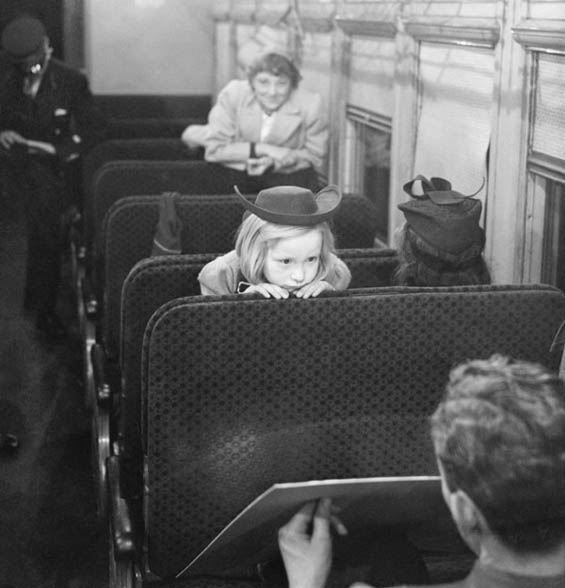 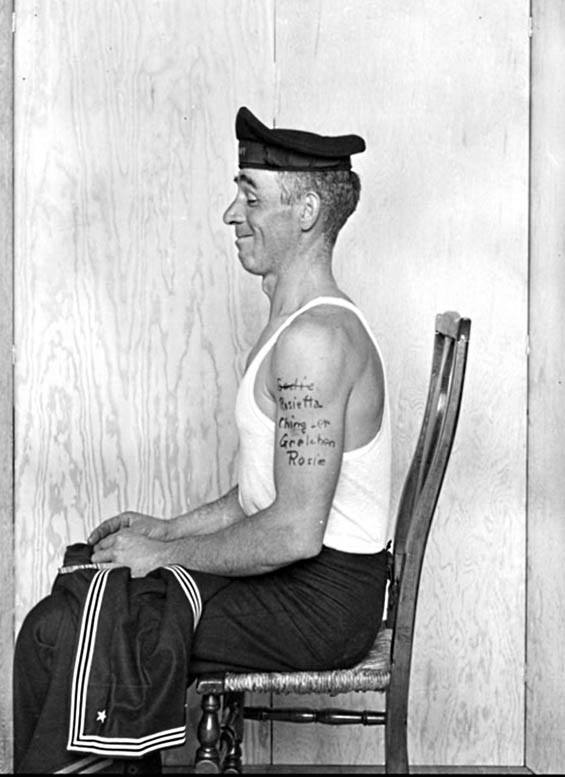 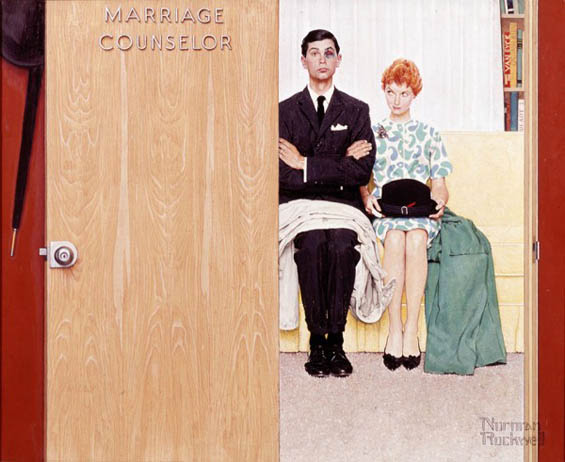 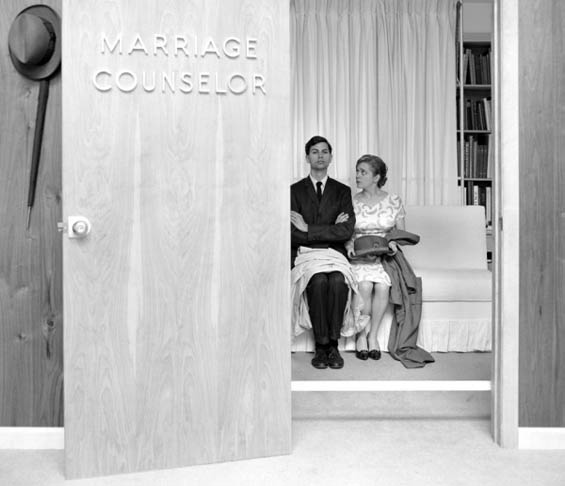 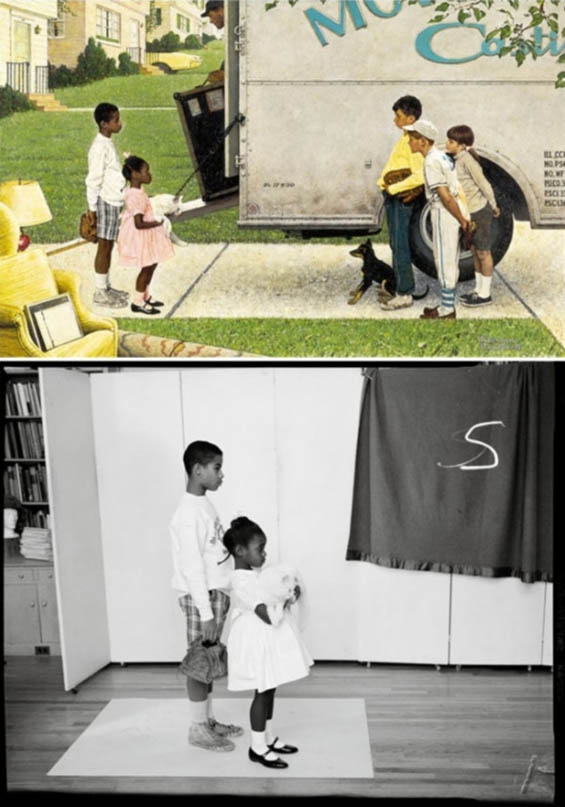 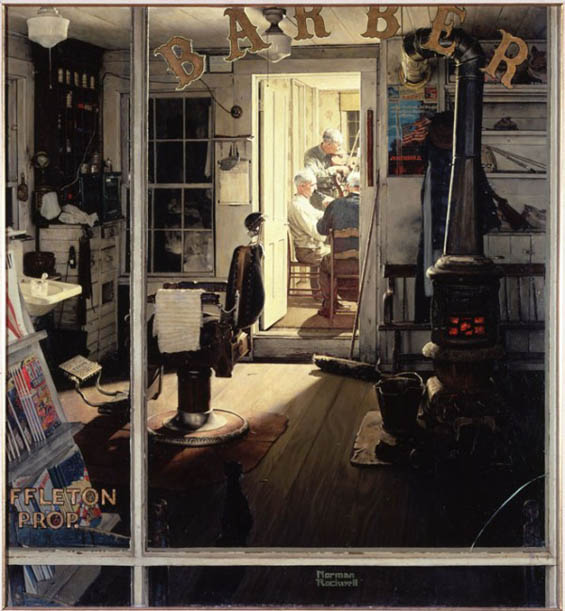 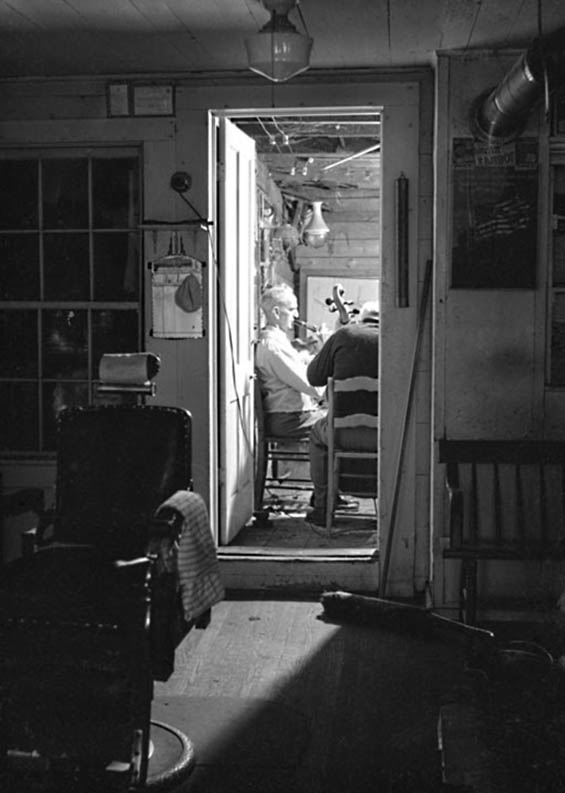 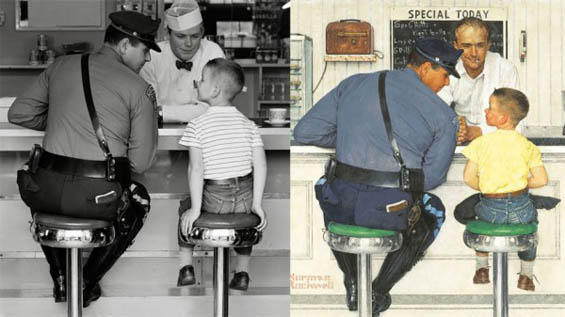 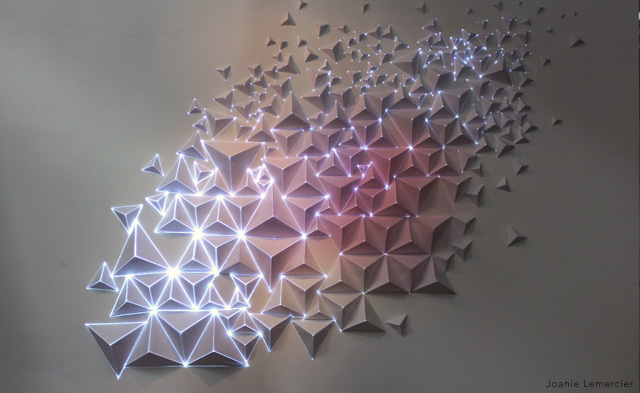 Minimiam: Little People in the World of Food