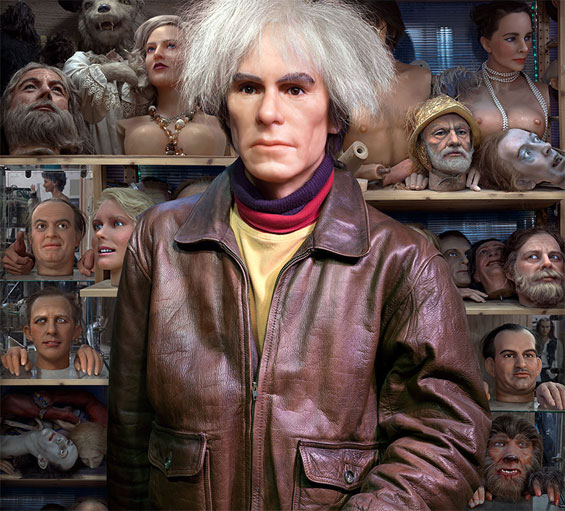 Judy Miller’s Imaginary Dioramas series is the kind of work that makes you think, “Wait, what?” The famous faces in the photos are recognizable, but off in some subtle way. The backgrounds are ambiguous, and the combinations of celebrities and scenes, “Outakes” as they’re titled, create curious narratives.

It’s almost a relief to find out that these artists and celebrities, whose faces we’re so familiar with, are actually wax figures photographed at Madame Tussaud’s and Photoshopped into scenes. The strangeness abates, but only briefly. It’s not only the waxy visages that are uncanny, but the situations as well. Most of the celebrities are not named or tagged, which presumes a certain amount of pop-culture familiarity in the viewer. Some photos only include a part of a face or body, making the identification even more difficult.

Robert E. Knight, Executive Director of the Tucson Museum of Art, writes, “Judy Miller does not create her work in the isolation of a studio. She researches, travels, photo¬graphs, and then brings her images back in-house for final editing. Culled from the photo files of celebrity wax figures the artist has compiled over the years, Miller cleverly inserts her figures into fantasy settings with the finished composites ranging from humorous to odd, and compelling to camp. … Resembling excerpted film stills, the discordant emotional separation of Miller’s figures are in¬triguing in their awkward uncertainty. They truly have become actors in her play, and they’re just waiting for their cue. Even titling her images as “outtakes” references the artist’s interest in, and respect for, the influence films have had on our society. 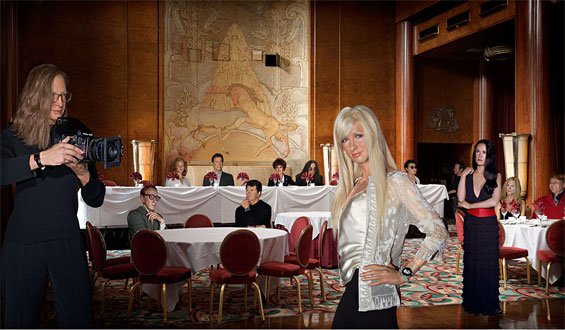 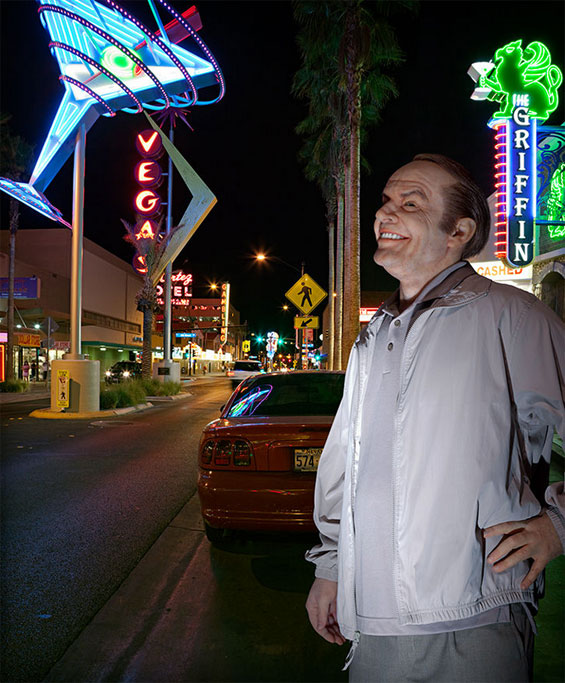 What, for example, are Einstein and Picasso doing dressed alike, deliberately avoiding eye contact in a round room with many windows in “Newton’s Nightmare”?? Seemingly less bizarre is “Outtake #22, Exit Left”, which shows Jacqueline Kennedy facing front in the foreground and Marilyn Monroe’s red sequined back in the background. It’s easier to find context for this work but no less thought provoking. What if the two women really did meet? Each image poses unanswerable questions, which is Miller’s intention.

My goal is to create a dynamic juxtaposition of elements that spark individual interpretation. 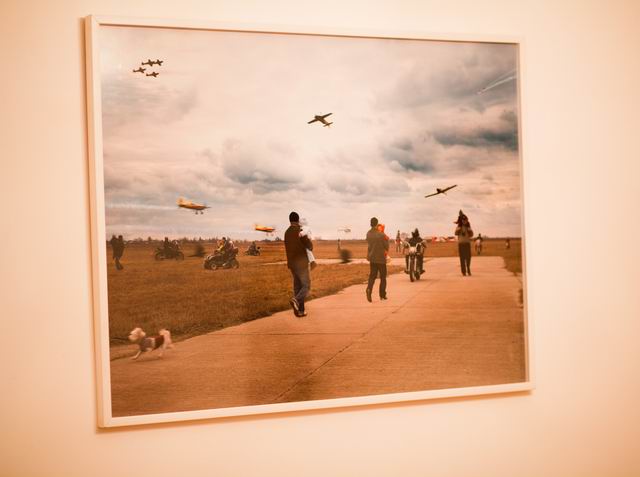 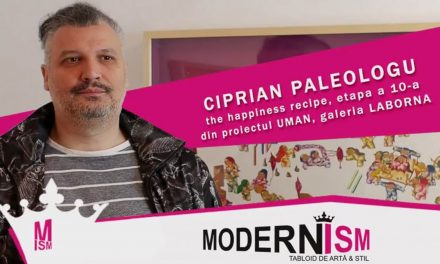 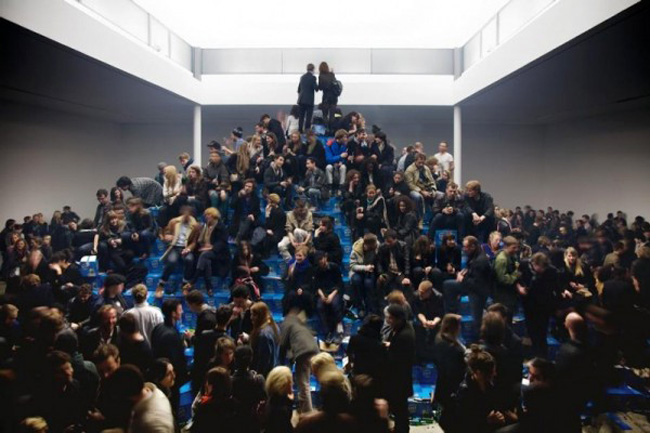 The Recovery of Discovery by Cyprien Gaillard: A 72,000 bottle pyramid of beer 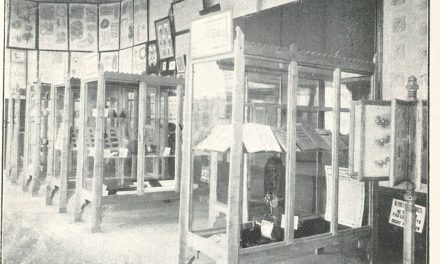