35-year old artist Marcelo Daldoce is literally bringing a new dimension to art with his folded portraits of women. A native of Brazil now living in New York, Daldoce is a self-taught artist who began painting at 16. Daldoce’s previous work included large scale nudes incorporated with sophisticated typography, as well as portraits using wine as a medium. His early employment as an illustrator in an advertising agency left him with a distaste for the conventional and a need to make work that is expressive and innovative.

In his current work, geometric patterns conceal and reveal the women beneath, contorting their bodies into impossible shapes. He says:

“In bringing to life a flat surface, I strive to create a puzzle between what is real and what is illusion, what is painted and what is manipulated, turning paint to flesh, paper to sculpture.” 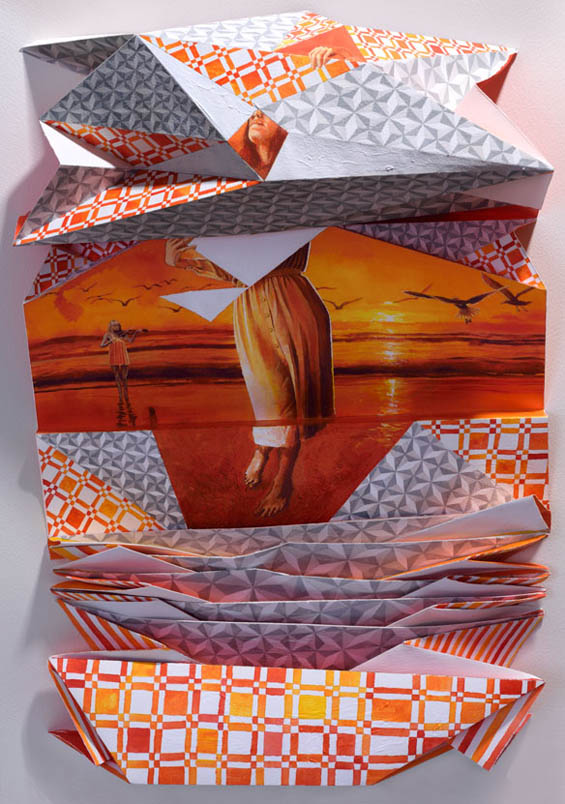 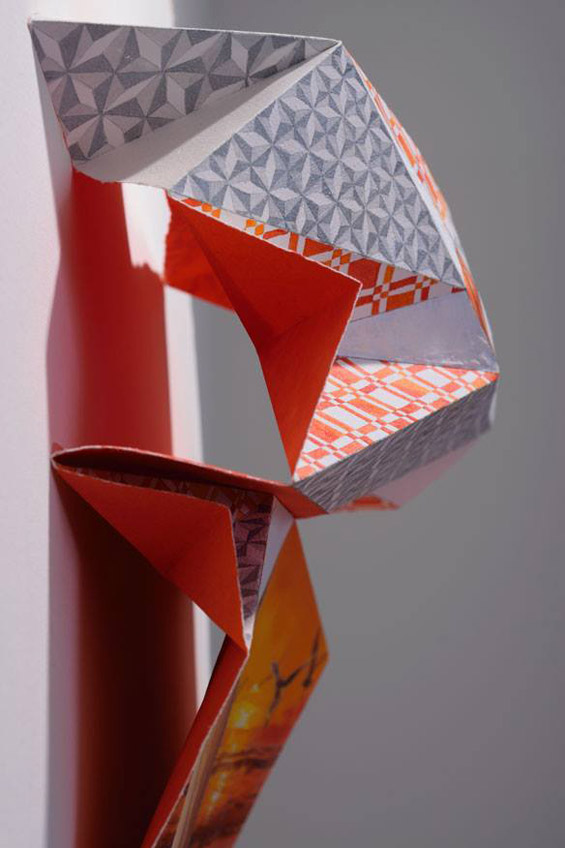 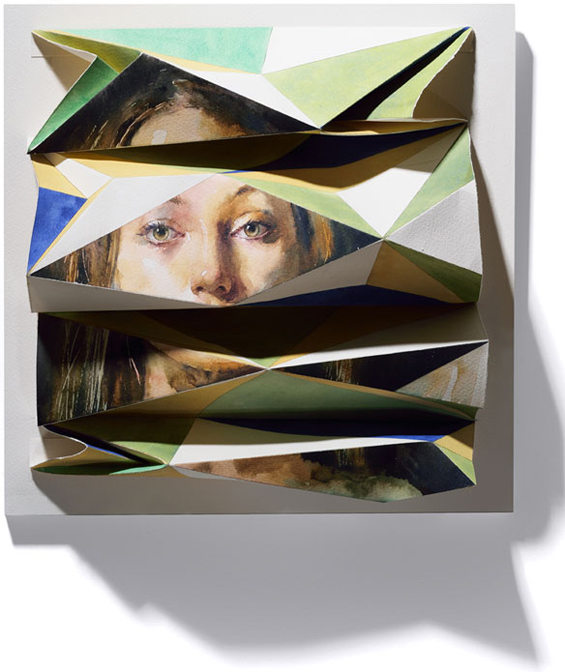 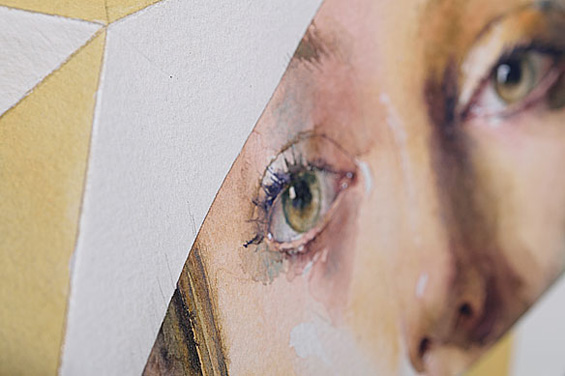 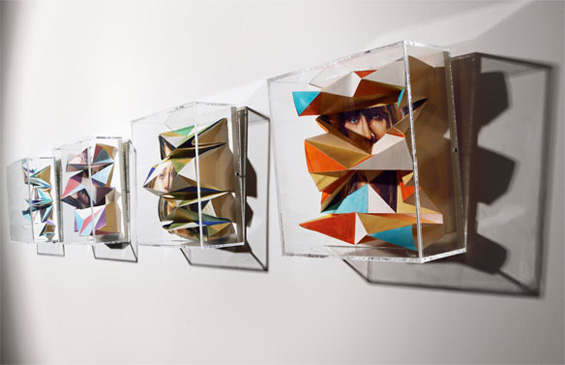 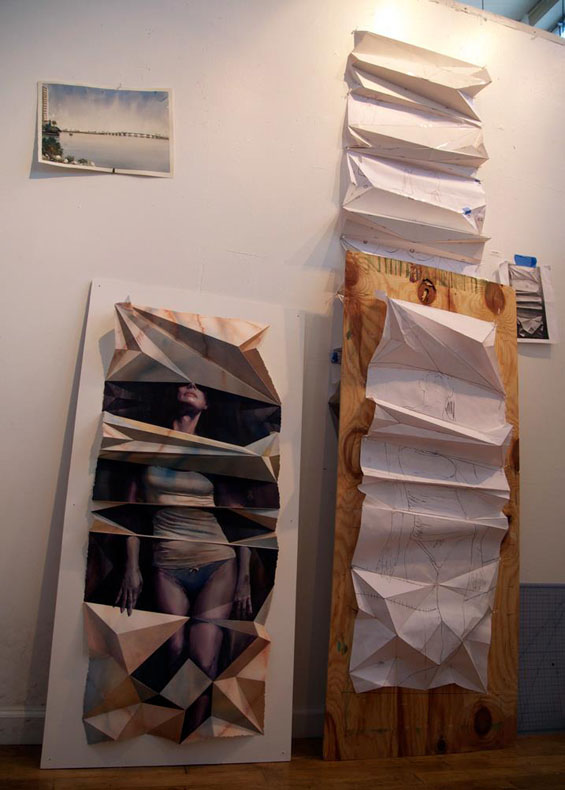 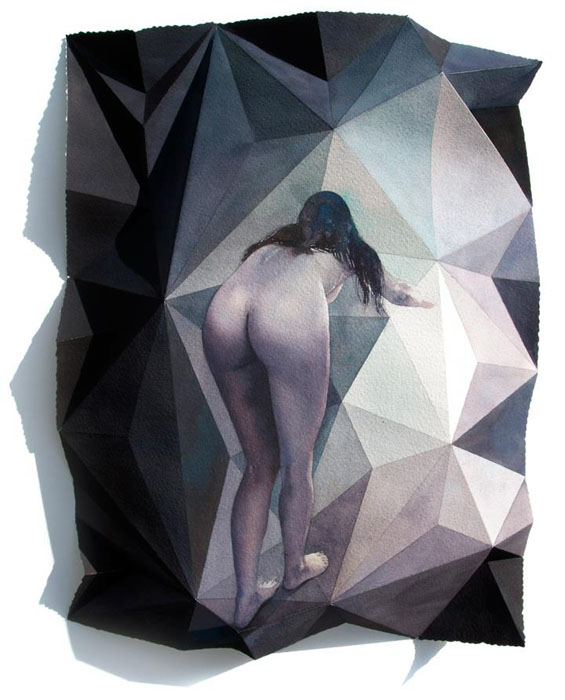 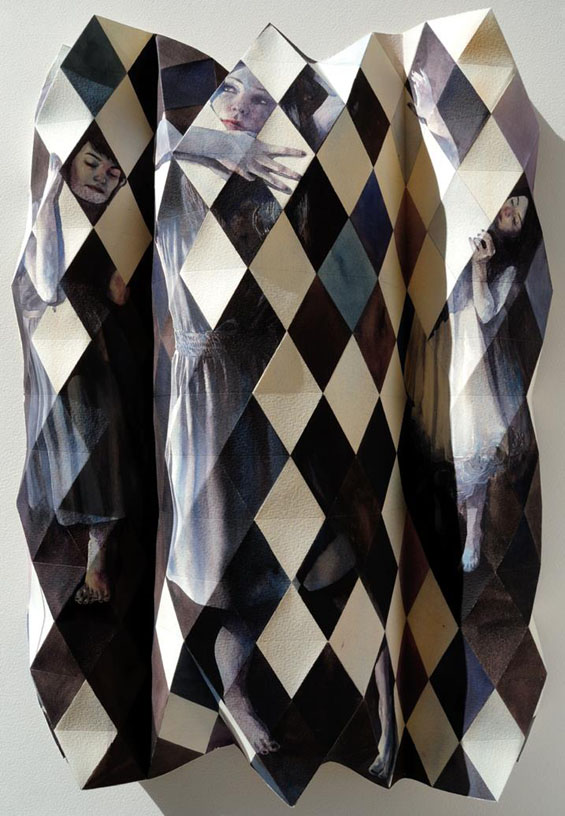 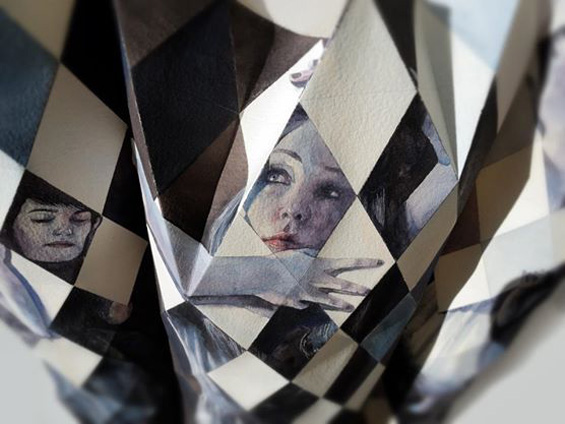 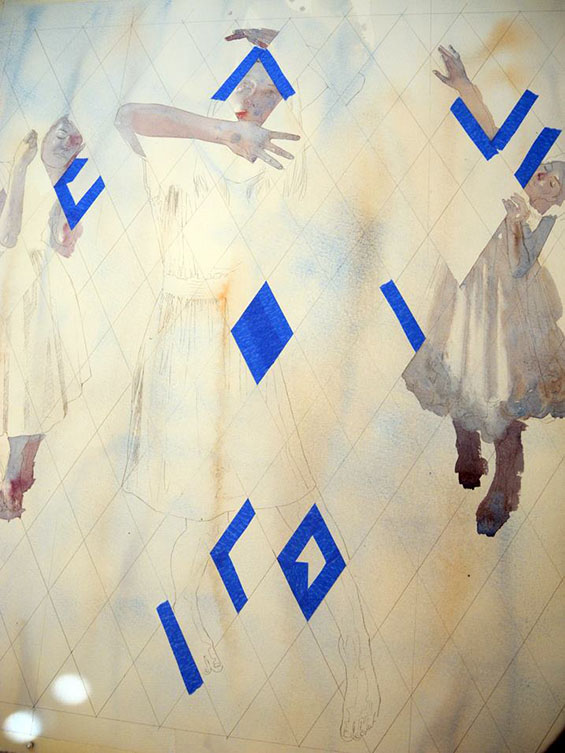 Daldoce’s primary medium is watercolor, which he has modernized through his technique and style. Color, pattern, image. It’s almost too much to process, which is where the origami-like folds come into play. The shadows cast obscure parts of the artwork, giving the eye a place to rest. “It’s mathematic, a process of folding, folding, folding,” he says. “Folding is actually the biggest job now because it takes more time. It’s more complex than just paint.”

In the portraits, the sharp edged paper is paradoxical to the soft curves and valleys of the women’s bodies, and this contrast is carried through the diverse elements of his work: hidden/exposed, abstract/figurative, flat/peaked, colorful/neutral, traditional/contemporary. The paintings leap off the wall dimensionally, but the bold display doesn’t overshadow the beauty of Daldoce’s captured women. (via Hi-Fructose) 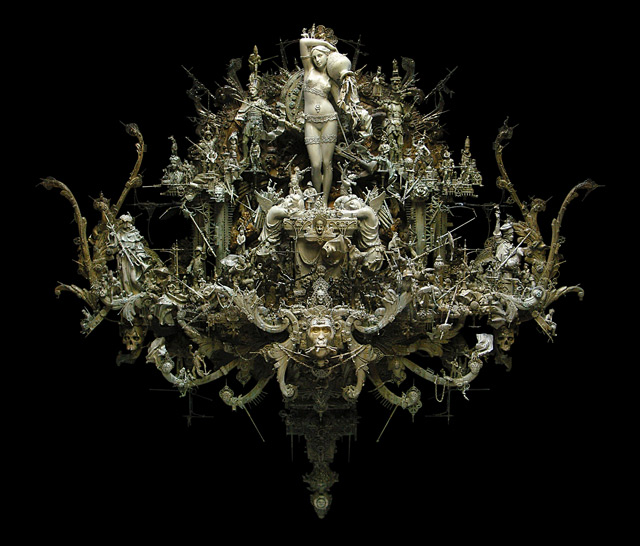 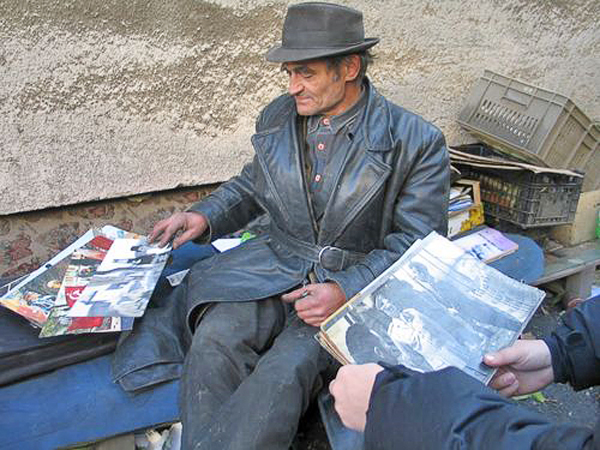 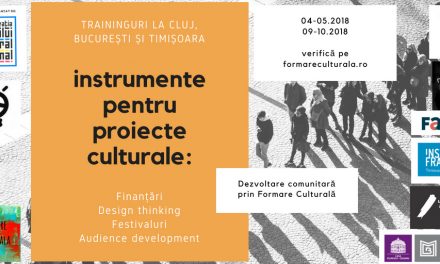 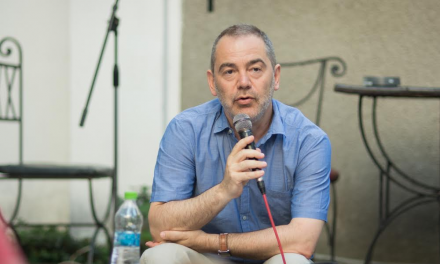