The Surreal Ceramics Of Sergei Isupov 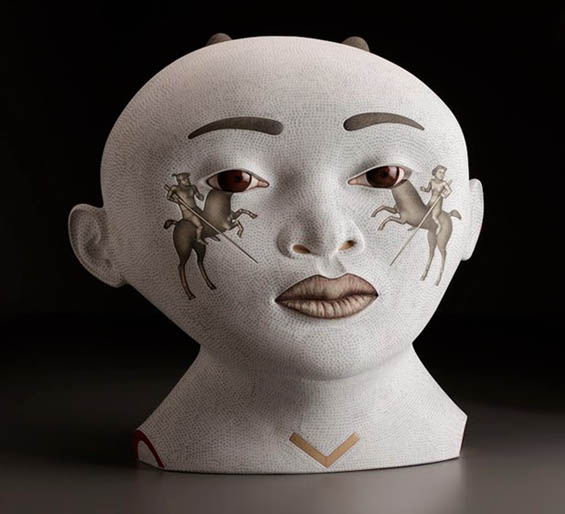 In Sergei Isupov’s hands figurative ceramics are both instantly recognizable and strangely surreal. Heads are tattooed, the art integrated into the facial features. The backs of the heads often add a separate contrasting element. Lift the head to find a third, hidden design on the base. The images create a narrative, but what does it mean?

“My work portrays characters placed in situations that are drawn from my imagination but based on my life experiences. My art works capture a composite of fleeting moments, hand gestures, eye movements that follow and reveal the sentiments expressed. These details are all derived from actual observations but are gathered or collected over my lifetime. Through the drawn images and sculpted forms, I capture faces, body types and use symbolic elements to compose, in the same way as you might create a collage.” Source 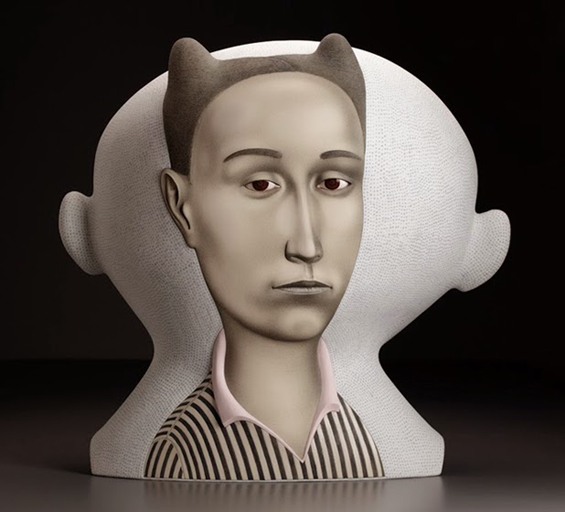 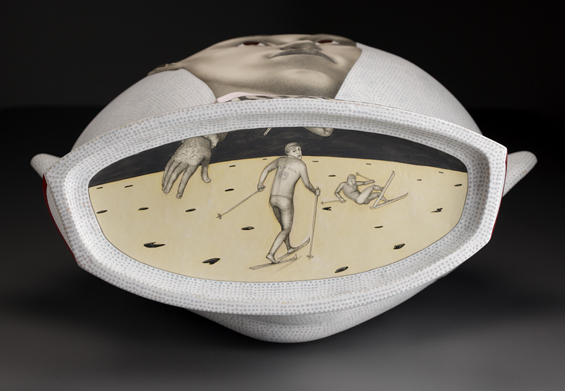 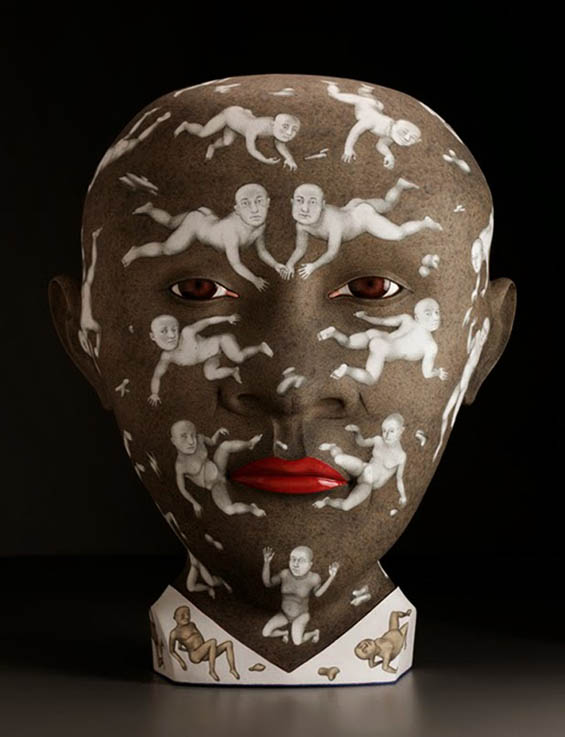 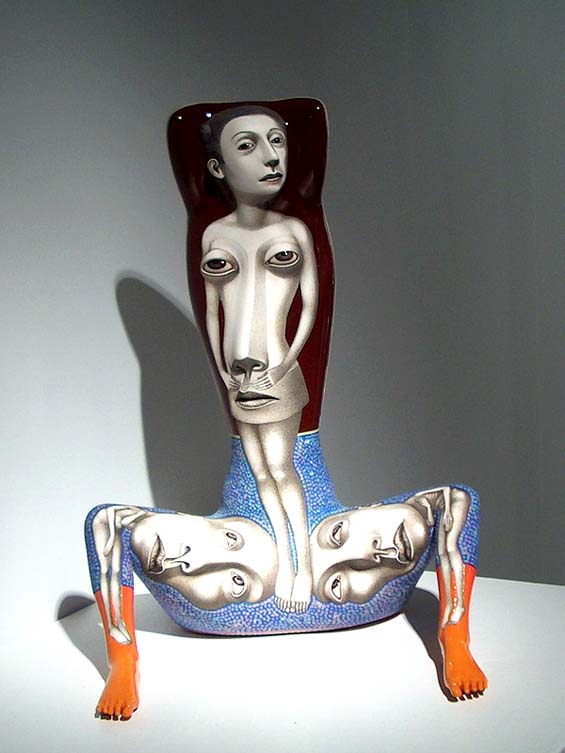 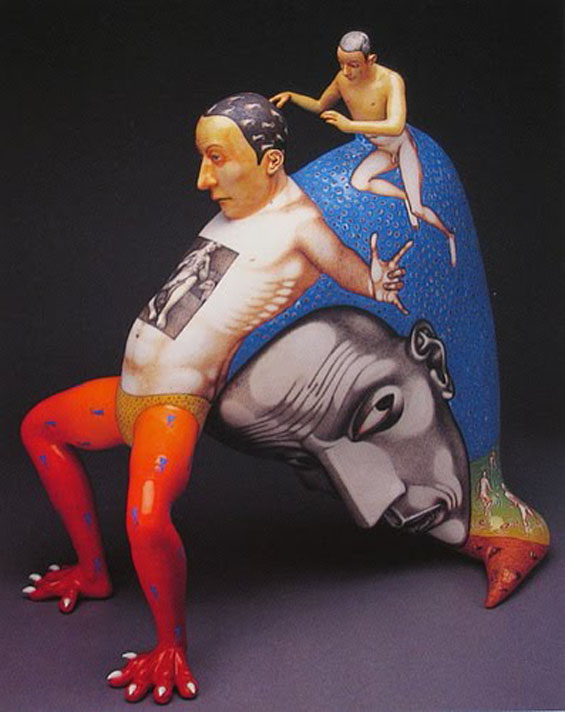 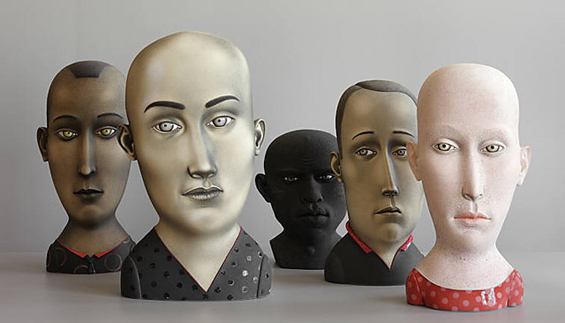 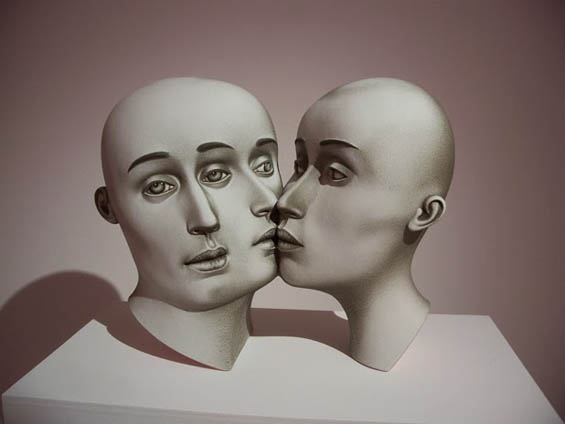 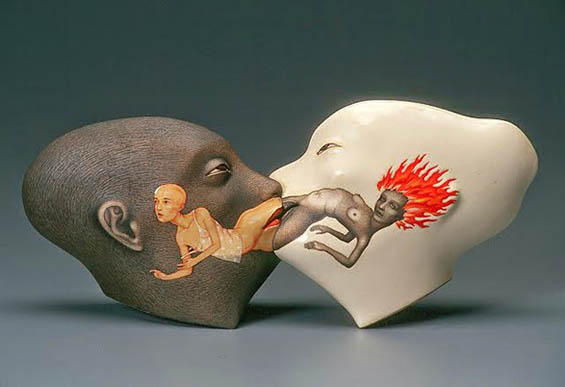 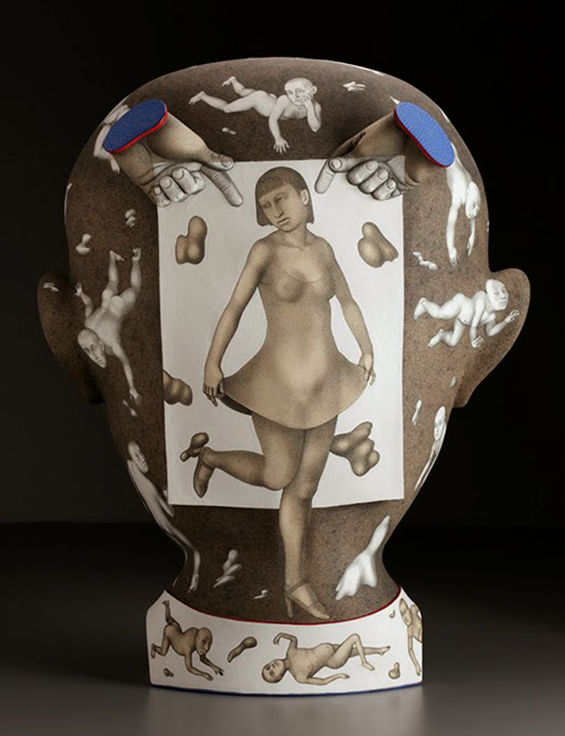 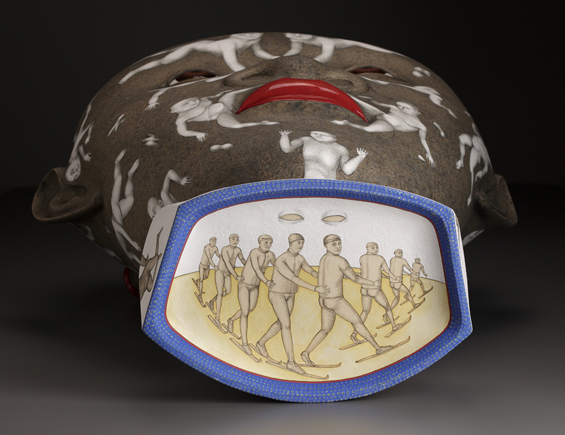 Contrast is inherent to the nature of ceramics. The sculpting that goes into creating the work is meticulous and controlled but once the piece is lowered into the kiln the firing is random and unrestrained. In Isupov’s work the form and content are also contradictory. The figures and heads are realistic, even somewhat minimal, yet the paintings on them are surreal, highly detailed, often adding a skewed dimensionality. There are demons and distortions, surplus limbs and conjoined bodies. Isupov’s works create a world that is visually stunning and conceptually disturbing.

“I am a student of the universe and a participant in the harmonic chaos of contrasts and opposites: dark — light; male — female; good — evil. Working instinctually and using my observations, I create a new, intimate universe that reveals the relationships, connections and contradictions as I perceive them. … When I think of myself and my works, I’m not sure I create them, perhaps they create me.” 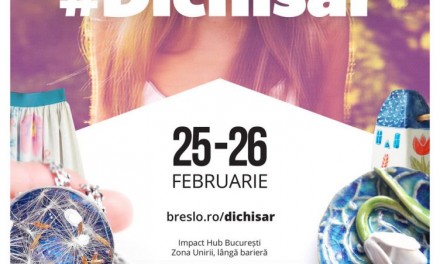 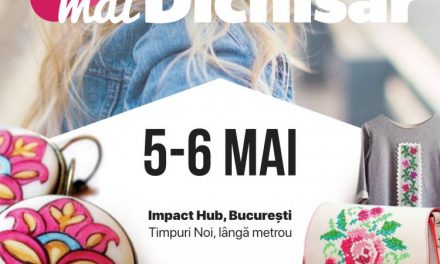 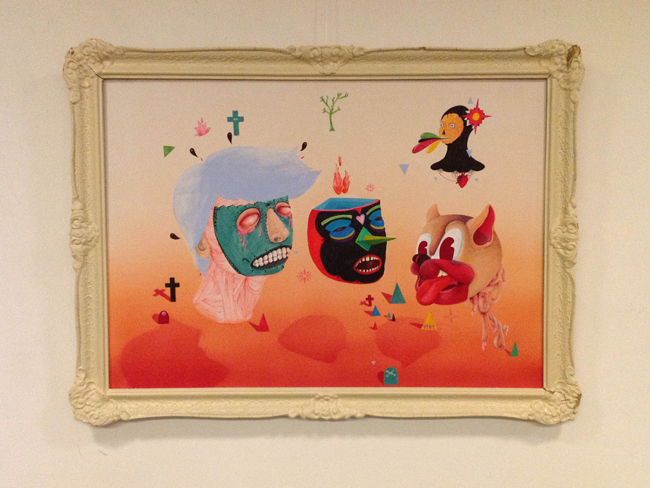