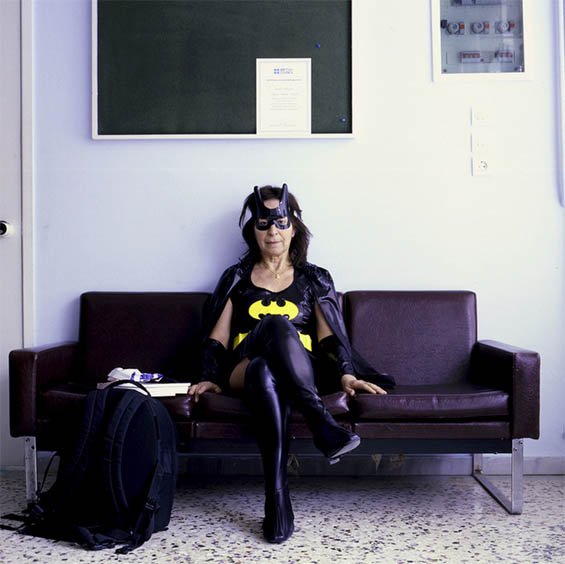 Batman holds a gun to his own head at the edge of an empty swimming pool. Captain and Mrs. America sip mixed drinks under palm fronds. Spiderman naps on the couch. These are our Superheroes, candidly captured in their off hours. But they’re not the Superheroes we’re used to underneath their familiar suits. These Superheroes are aged, white-haired and wrinkled, and somehow completely wrong. The characters we know may die, but although they live for decades they never grow old. Our heroes stay perpetually strong, alluring, and complicated, and always, always young. 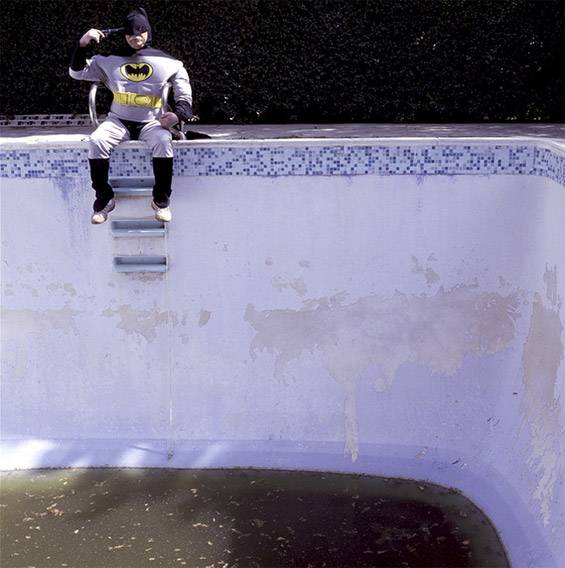 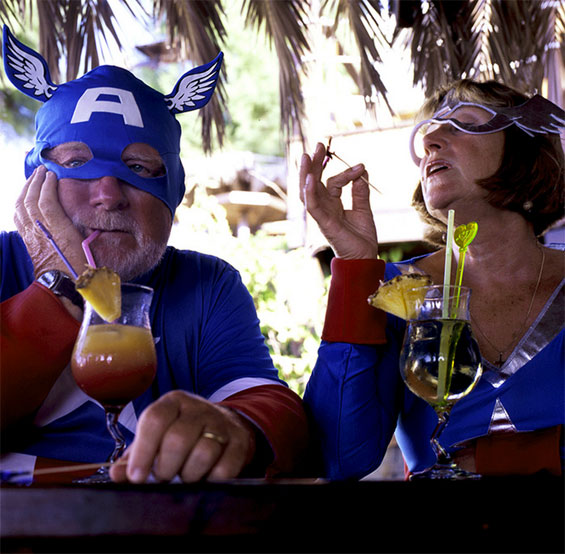 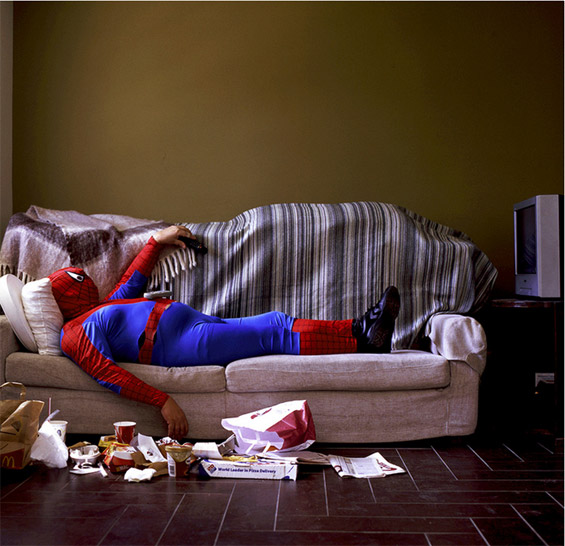 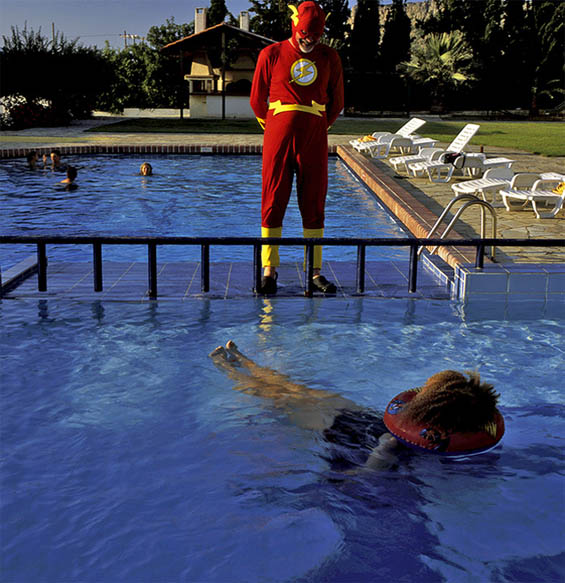 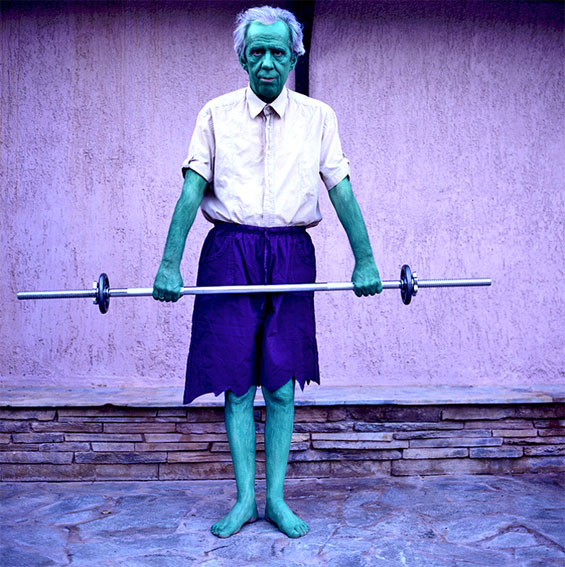 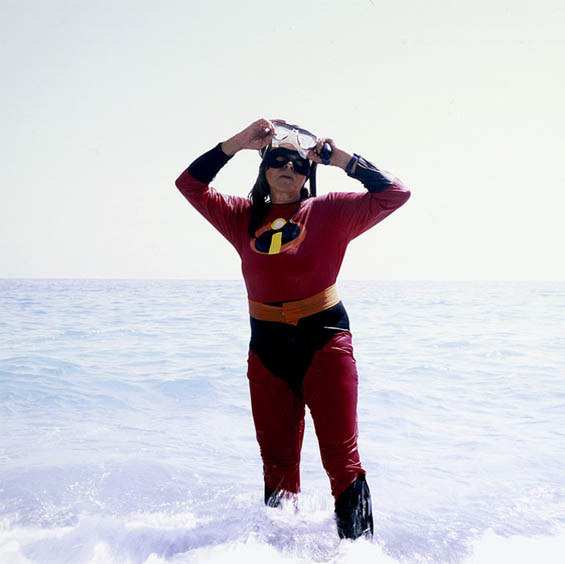 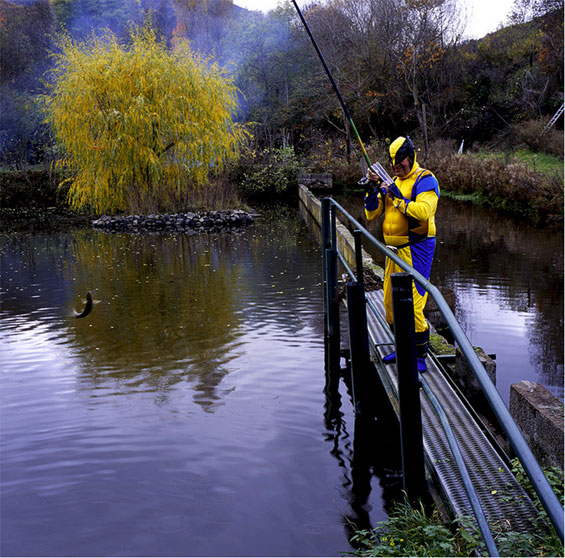 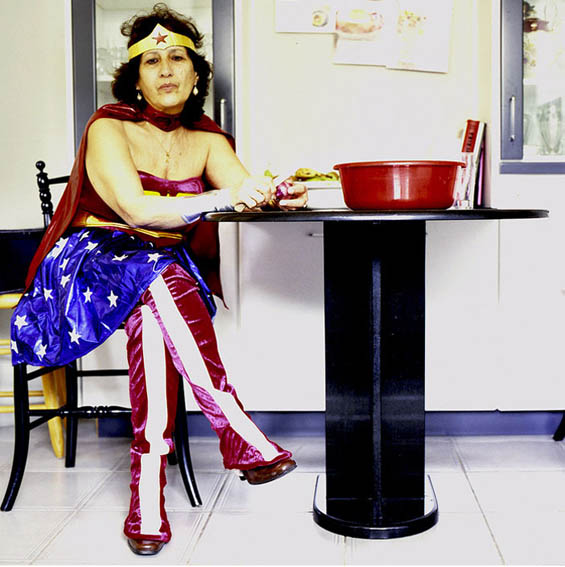 Lina Manousogiannaki’s costumed heretics of “Superheroes Gone Old” represent more than the inevitability of old age. To her, the aging superheroes they serve as reminders of the damaged Greek political system, one that politicians and people of her parents’ generation have been unwilling or unable to change.

[The series] was conceived as homage to the generation of my parents, the same one as our politicians. They have been pretending to be heroes ever since the collapse of the military junta but time has caught up with them. My heroes are old and they are afraid of everything that they can’t control. … The heroes of another time can no longer save me as they have pretended to do for so many years.

There is anger in Manousogiannaki’s writing that isn’t reflected in her images. These heroes are worn out, slightly absurd, certainly pathetic. And yet, there is the suggestion of pride here, of perseverance. They haven’t divested themselves of their worn finery. They haven’t stopped fighting. In a country with a struggling economy and generational discord, the heroes are stooped and sad. Manousogiannaki’s intent may be to put them aside and lead her own fight, but these archetypical heroes seem to be saying that it will be harder than she thinks. 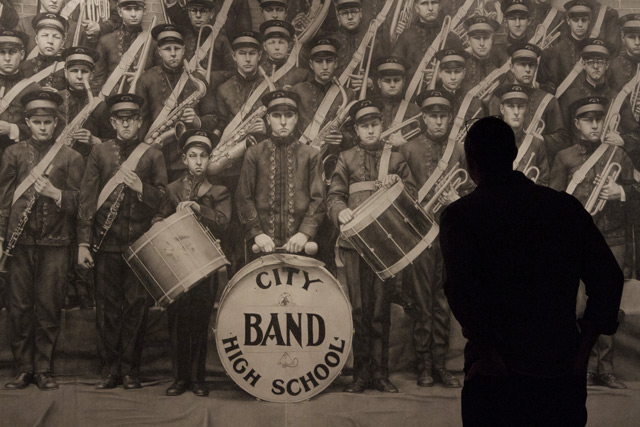 One Man, 1,200 Hours, and Over 100 Pencils: City Band, A Monumental Drawing by Chris LaPorte 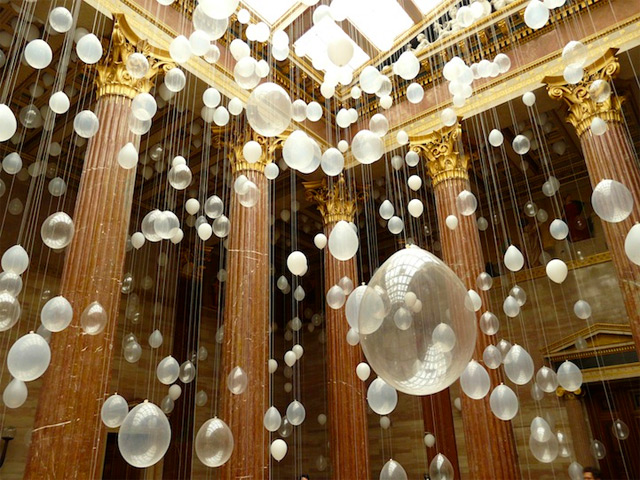 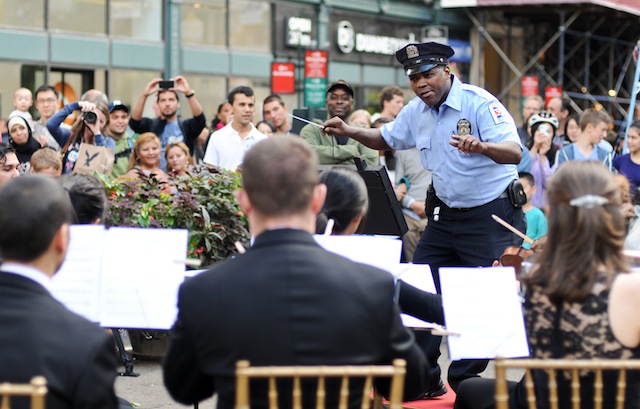 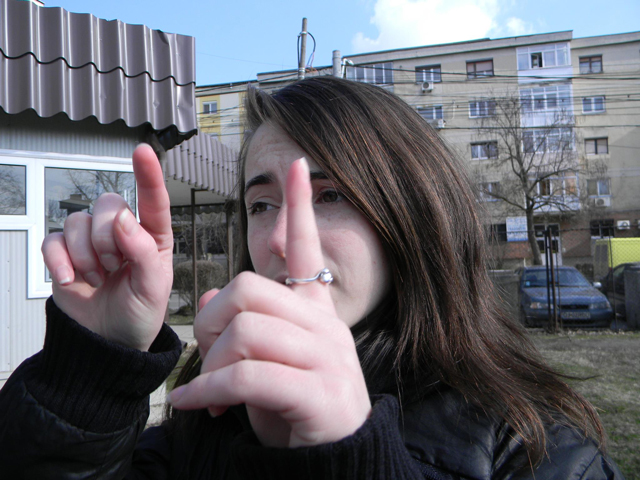