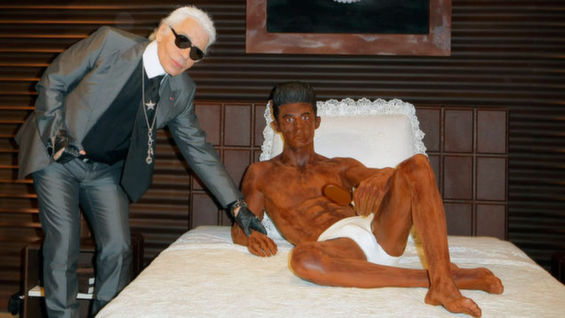 In what is perhaps his most extravagant creation to date, fashion designer Karl Lagerfeld has created a life-size chocolate sculpture of his top model and muse Baptise Giabiconi. The male face of Chanel, who travels most everywhere with Lagerfeld, is shown here as a solid mound of rich dessert, reclining on a bed inside a hotel room made entirely out of chocolate. The piece was presented in Paris in 2011 as part of a promotion for ice cream brand Magnum, for whom the designer directed a commercial staring Giabiconi and Rachel Bilson. The strange yet endearing sculpture holds a Magnum ice cream cone in his hand, which luxuriates suggestively over his thigh and a pair of tiny tighty-whitey briefs.

Lagerfeld, who has ignited anger and criticism over the past few years for his arguably classist sentiments, certainly does not spare any expense in this sweet and decadent installation. In some ways, the piece is an ironic epitome of a consumerist fashion industry. Laid on this pristine white bed, the chocolate man stands in for everything our culture devours: expensive food, lavish furnishings, and even sexual gratification. Do we consume fashion models in the same way in which we devour ice cream? As far as artwork goes, this is about as shamelessly commercial as you can get, and yet it maintains an undeniable charm in its blatant self-awareness. Lagerfeld’s statue is both hilarious and compelling, standing at the intersection of capitalism and sexuality. Take a look, and for more chocolate artwork, check out Anya Gallaccio’s dark chocolate-covered room here. (via Gawker, NY Mag, and Telegraph) 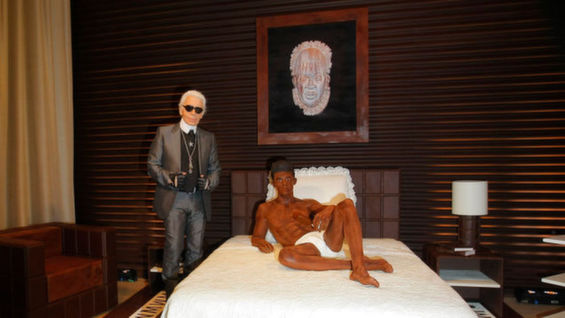 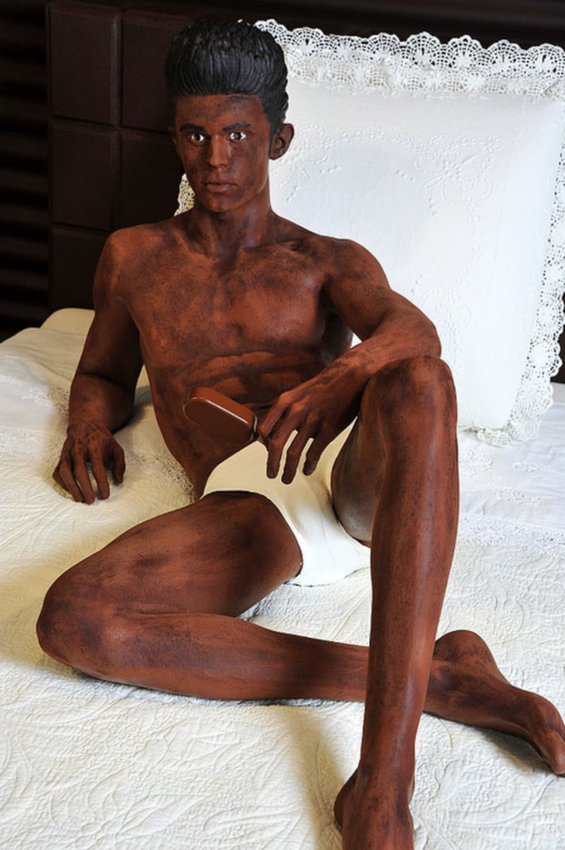 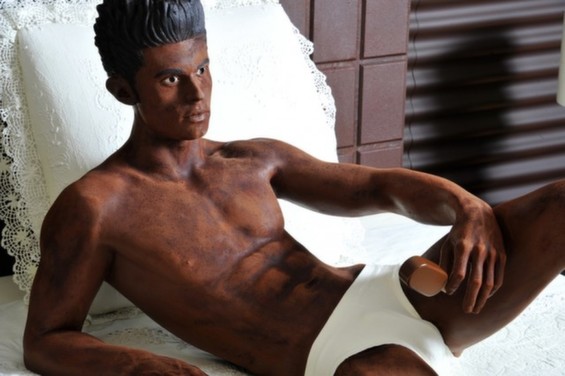 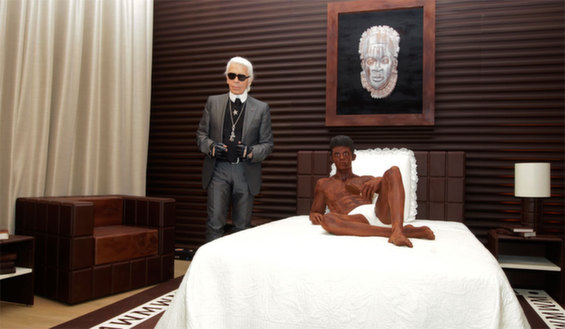 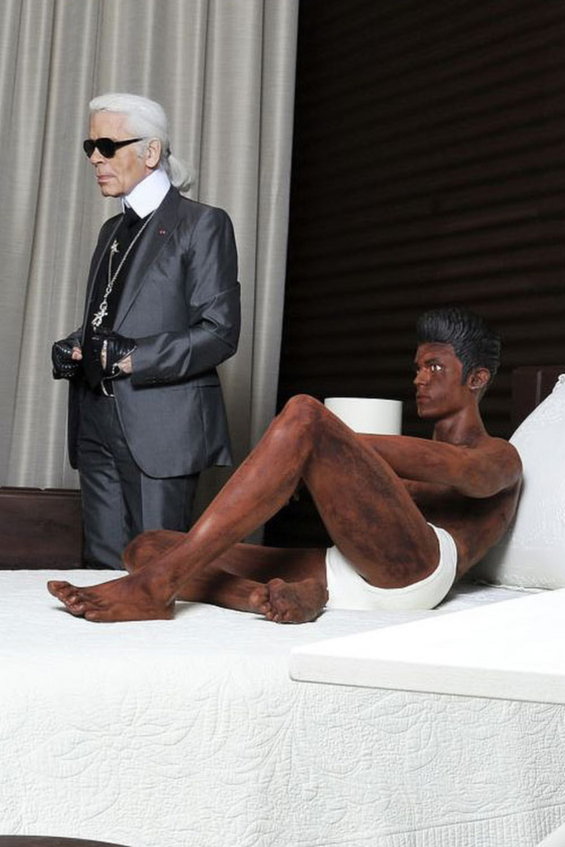 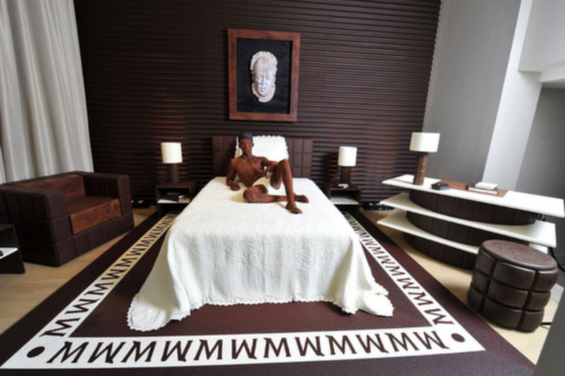 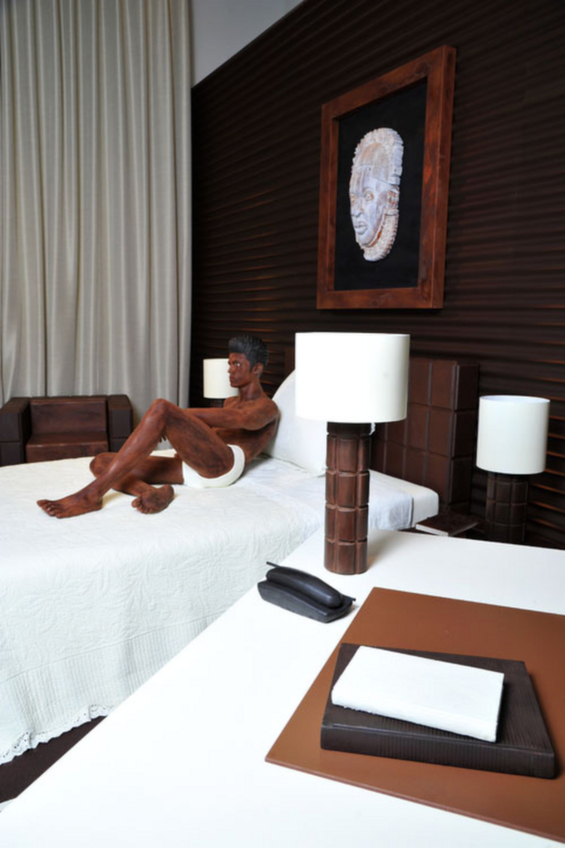 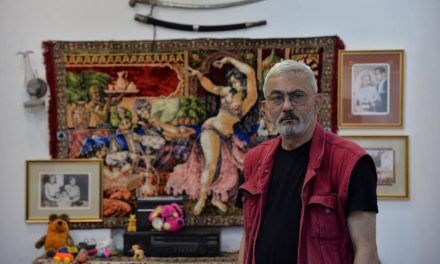 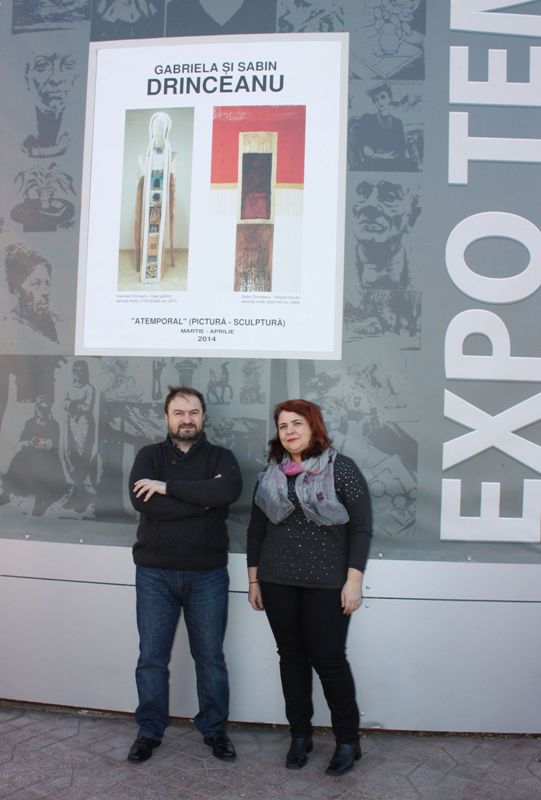 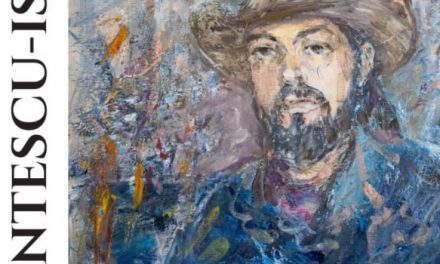