Photographer Anna Ladd’s poignant series, Things I Told the Internet, But Didn’t Tell My Mom, examines the way that blogging has impacted her life. The Philadelphia-based artist has been sharing her thoughts and feelings via this medium for the past six years, and it’s changed her conception of privacy. Intimate and revealing admissions are made to seemingly countless anonymous people on the web, but has never been talked about in person.

Ladd’s photos depict landscape scenes of backyards with concrete walls, scalloped awnings, and parked bikes. The everyday places are adorned with cut-out letters attached to strings that spell out a phrase that was directly taken from something that she posted online. Sentences, while obviously out of context, communicate sadness and the pains that come from things like loss of love, growing up, or some greater trauma.

There’s a peculiarity to these images, a cognitive dissonance of sorts. We first see the letters like you would at a party, like they are decoration.  But a phrase like, “I want to puke and sleep for six days” is not something you’d celebrate. It could be a metaphor for the facade we put on towards the outside world, where we seem happier than we actually are. The anonymity of the web knows our true thoughts and feelings. 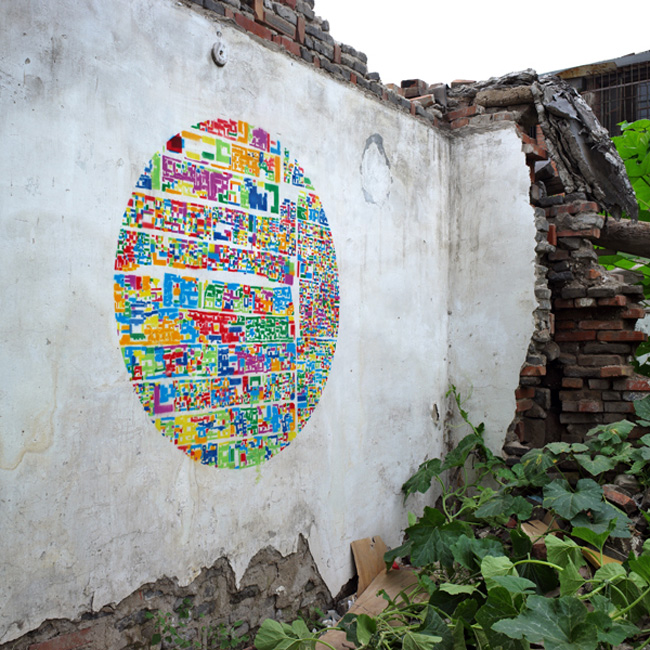