Hannes Hummel’s Surreal Busts Remix The Conventional With The Strange Graphic, motion, and interactive designer Hannes Hummel has created a series of sculptures that are inspired by music. Titled Luxury Problems, the surreal busts are chopped up, duplicated, and mirrored. They might look like the typical “art historical” bust, but upon further inspection, there’s something seriously wrong. Some have more than one set of eyes, while others feature a skull that permeates the fusion of two faces.  Hummel describes the inspiration and process of this unusual series of works.

Based on Andy Stott’s record »Luxury Problems« I created a set of 3 busts. In the same vein as his sample oriented, dark & chopped song structure, the process and methods used to create every bust are basically the same — with the help of autocad 123d catch I scanned several busts, stone sculptures and bones, recreated them digitally and created rapid prototying ready bust-remixes

The nightmarish sculptures are fascinating in the weird narrative that they create, and has you asking questions about their backstory. Why do they look the way that they do? Hummel has give us the opportunity to fill in the blanks. (Via Martineken) 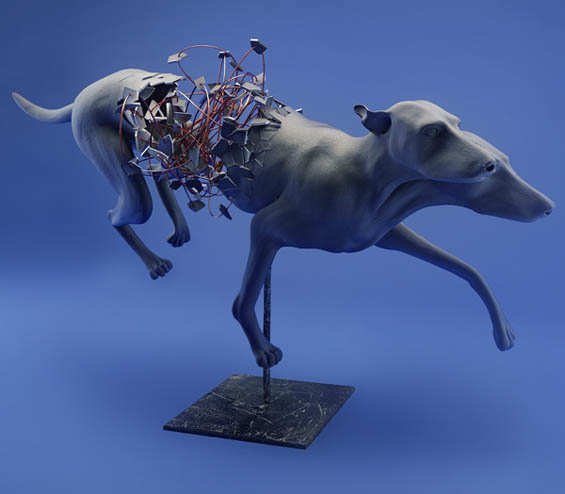 Apartment Facade Appears to Melt Off