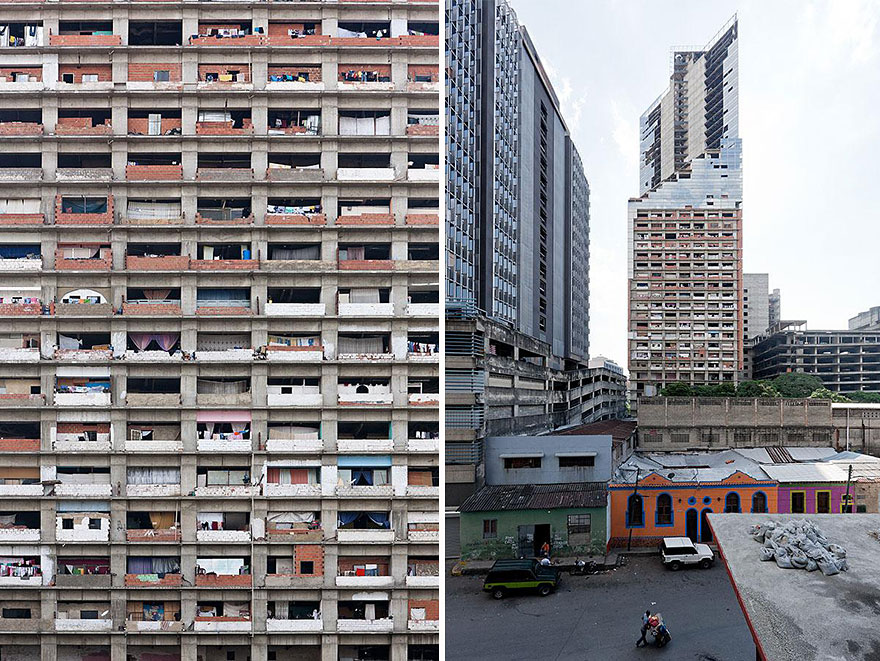 El Torre de David, a towering 45-story skyscraper in the center of the Venezuelan capital of Caracas, is a towering monument to the country’s crippling banking crisis and to the poverty experienced by the majority the city’s population.

The unfinished tower has stood abandoned for almost 20 years since the death of its developer in 1994. Due to the banking crisis that followed, construction was never resumed. Although the building was forgotten by its investors, it was not forgotten by the impoverished people of Caracas, a city in which nearly 70% of residents live in slums.

Over the past 8 years, it has slowly been repopulated by people who have been forming a community to help run the building and make it inhabitable. As of 2012, 750 families live in the building. That number is now probably even higher. The building is complete with its own infrastructure and economy – residents pool money to maintain electricity and running water, and there are working stores, a church and even a gym located throughout the structure.

Although some fear that the building may serve as a haven for murderers and drug dealers, it has also provided many of Caracas’ poor with a place to live and reassemble their lives.

Nearly 70% of people in Caracas, Venezuela live in slums that wind among the city’s hills.

The 45-story Tower of David stands in the center of Caracas. What was supposed to be the third-highest skyscraper in Venezuela is now the largest vertical slum in the world.

Seniors and the less physically fit live on the lower floors while the young and healthy occupy the higher floors. The 45-story building has no elevators. Public spaces, such as the stairwell, are painted with bright colors to feel more like home.

Holes in the walls like this serve to promote air circulation. The average temperature in Caracas reaches 28 degrees C.

Every family marks their space with any materials that they can find or purchase. In this apartment, newspapers serve as wallpaper.

The tower provides a skeleton framework that lets the inhabitants make the building feel more like home.

There is even a common gym on the roof with with weights that were made from unused elevator equipment. 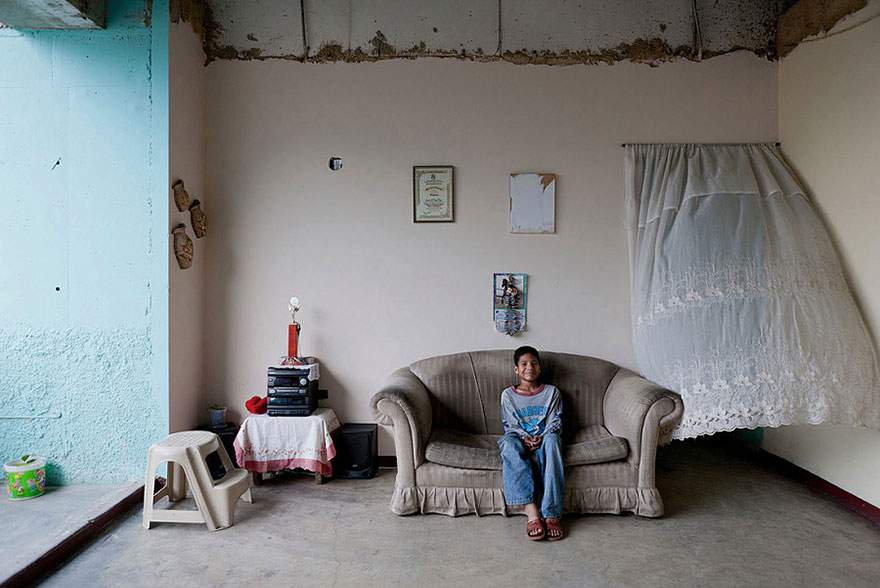 The building has a collection of shops, grocery stores and other services available. 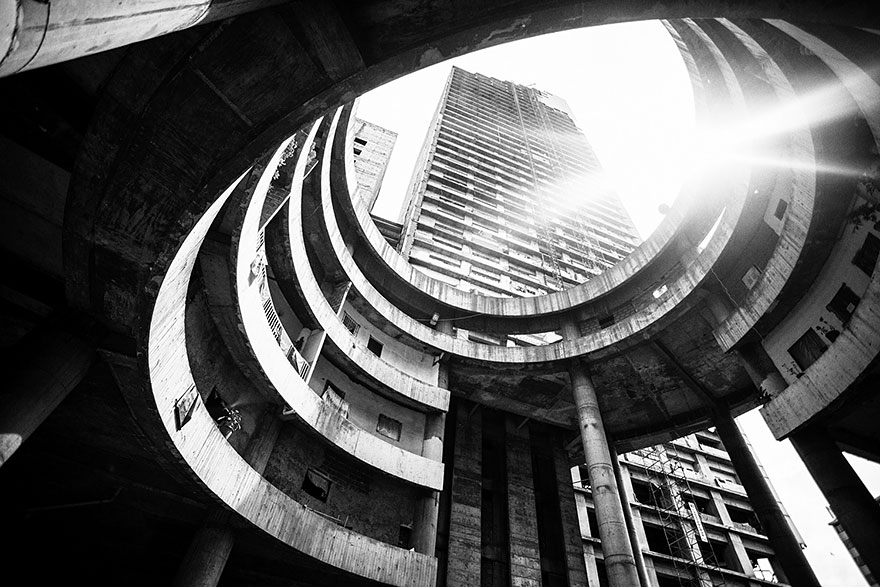 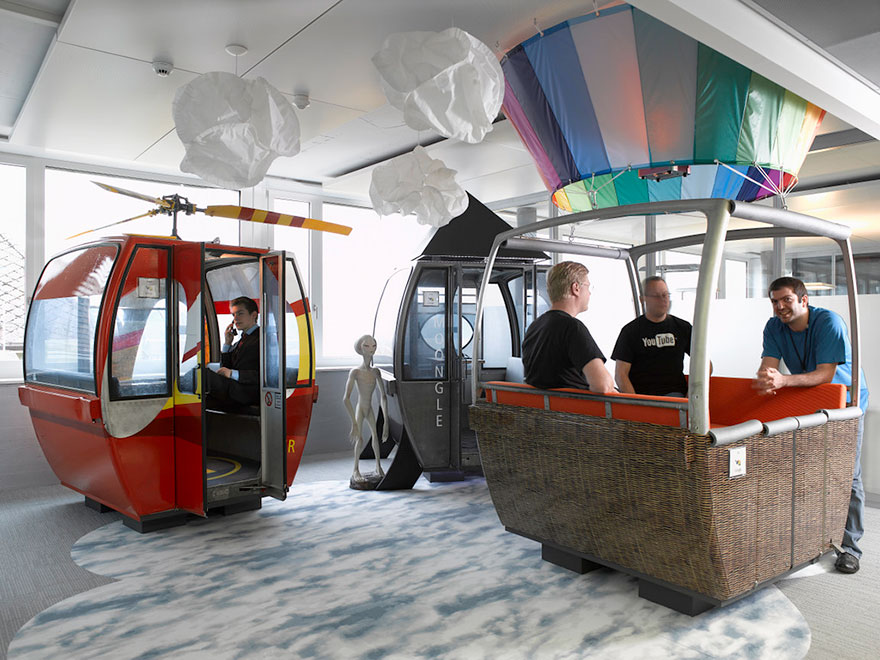 12 Of The Coolest Offices In The World 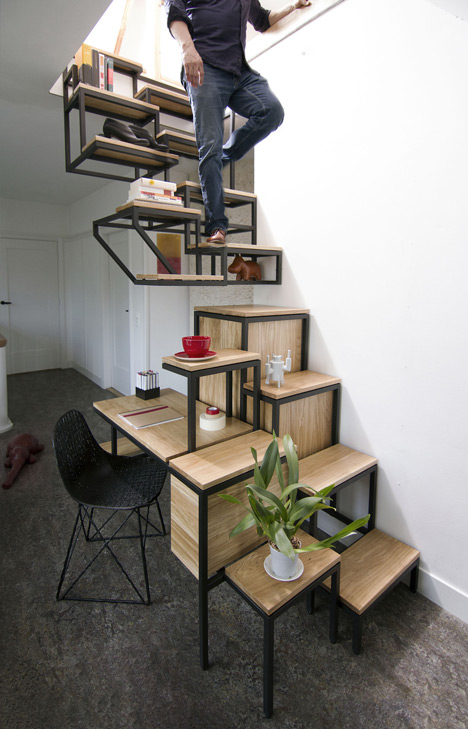