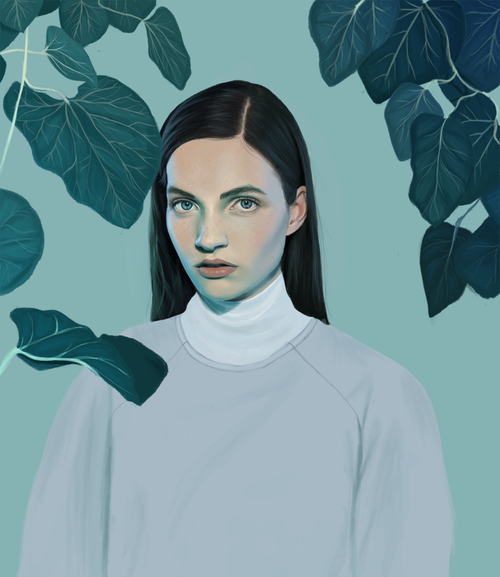 Kemi Mai, aka Drawinds, is a young artist who paints with pixels, using Photoshop and a tablet. Specializing in female portraits, the British artist often sets her subjects against surreal settings, incorporating geometric shapes or nature elements. Artchipel invites Kemi to speak about her personal story, creative process and plans for future projects.

Artchipel: Who is Kemi Mai? Tell us a bit about your educational background.
Kemi Mai: I’m Eighteen, I live in the UK, I’m a self-taught artist, and I’ve been painting for almost two years.

A: How has the digital portrait painting initially captured your attention? Do you remember your first piece?
KM: All I used to know of digital art was concept art and its place in the gaming and film industries, which was very interesting to me. I don’t think it’s an area that I could ever venture into, but I appreciate it greatly and I suppose it’s perhaps what the digital medium is best known for. I can’t say that I do remember my first piece, but I remember the point when I began to take painting seriously and feel as though there was a need for me to continue creating.

A: How would you describe your work and what do you aim to convey through it?
KM: My work starts with an idea derived from thoughts or abstract feelings, which I aim to express in a way that also appeals to me atheistically. Colour has become incredibly important to me, it can be so influential in setting the overall tone of the piece. I like to think of the majority of my paintings as visual representations of things that couldn’t exist organically in real life. Whilst an element of realism is important to me, I haven’t ever been interested in depicting a scene that resembles a photograph without a concept. My work isn’t weighted with messages intended to change the world, but it’s something through which I can be honest, and I appreciate that freedom greatly.

A: Could you share with us your process and how did you come to develop your aesthetic?
KM: I begin with an idea, then I usually sketch for around 15-30 minutes. If needed, I’ll clean up my sketch, and then go on to making a palette. From there, I’ll paint in sections, usually starting with my subject’s eyes. I think more recently, within the past few months, I really feel as though I’m beginning to settle into an aesthetic that feels right. I used to feel very weighted by a self-imposed pressure to develop my own personal style, but I think it was only when I stopped focusing on that aspect of my work that things actually began to fall into place.

A: Do you have special rituals to get into creating mood?
KM: If I’m feeling inspired, I’ll just get straight into it. If I’m not really quite there yet, I’ll spend some time thinking about painting before actually doing it. I also do most of my work at nighttime and I usually play music or movies whilst I work, but also documentaries. I love nature and science documentaries.

A: If you have any advice for other artists that want to get into digital painting, what would you tell them?
KM: Get the right tools, a graphics tablet and Photoshop or Painter are essential. Let go of any expectations about the medium, as what you’ve heard could be incredibly wrong. There’s this huge misconception that digital art is somehow easier or inferior to traditional mediums, but in fact, every medium from watercolour to oil to digital has its own set of pros and cons. When exploring any new medium, I’d say not to be too hard on yourself. There are lots of great tutorials out there on the internet, but the best way to progress is practice, by far.

A: Could you name 3 young artists to keep an eye on?
KM: Natalie Foss (on Tumblr), whose understanding of colour is constantly amazing me. Paulette Jo (on Tumblr, see previous posts), I find a sense of escapeism within the detail of her work, which is always a sign of something special. Peony Yip (on Tumblr, see previous posts), whose work is both delicate in its simplicity whilst remaining rich and incredibly engaging.

A: What is your project for the coming year?
KM: 2014 came around fast, but at the risk of sounding dangerously cliche, the only project I have planned is growth! Looking back on how my work has progressed through the past year really inspires me to keep working hard. I recently begun working on some commissioned projects, which I’ve already learnt a lot from, so I’m looking forward to any future projects. I also have a plethora of ideas for a personal works which I’m feeling rather apprehensive about, but I think that’s a good sign, and I’m planning to explore some old concepts in new ways.

Thanks Kemi for taking time out to answer these questions. Kemi Mai can be found with updated posts on her Instagram and Tumblr. 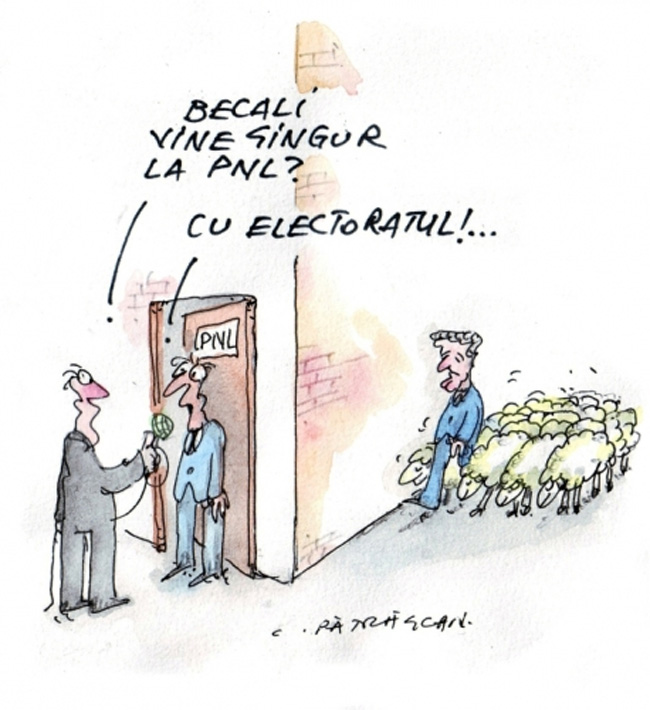