Andrea Mastrovito’s Installations Are A Plethora Of Animal Life 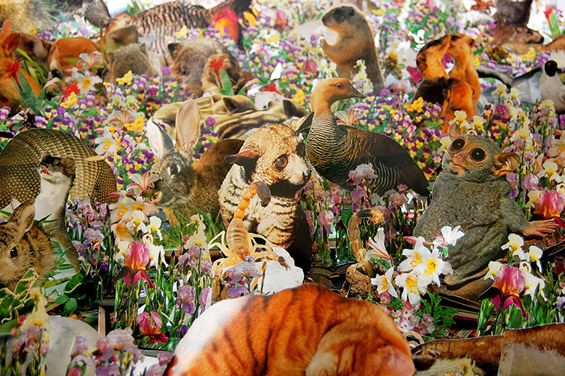 Though an artist who truly utilizes a wide-range of materials and media, perhaps Andrea Mastrovito‘s most eye-catching and memorable works are those he creates by collaging thousands of images from books which are installed to create swarming, jungle-like visual configurations. The images are sources from thousands of book, precisely cut-out and arranged, giving the whimsical and unusual feeling that the interior of a house could be covered by swarming bats, or butterflied would cover an entire gallery while sunning themselves. 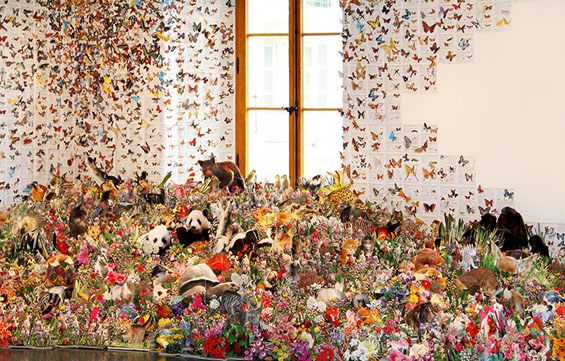 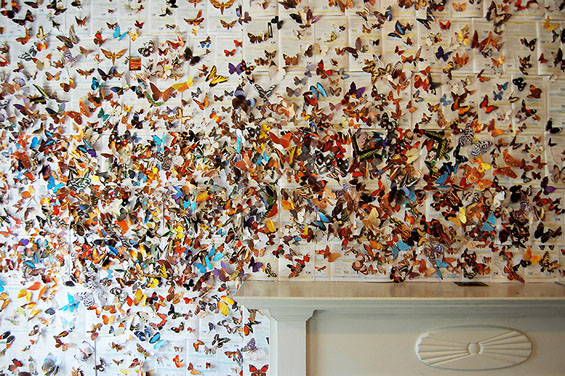 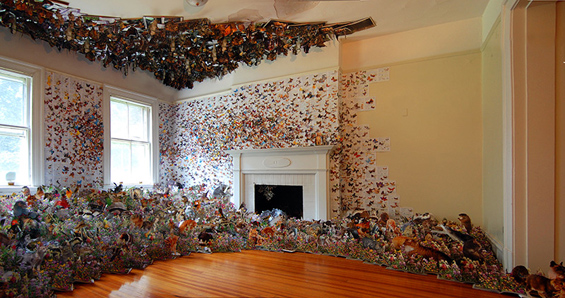 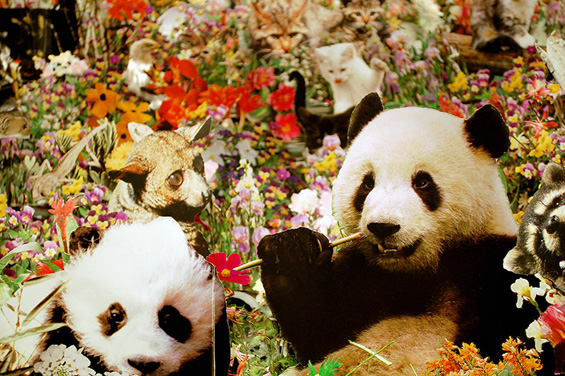 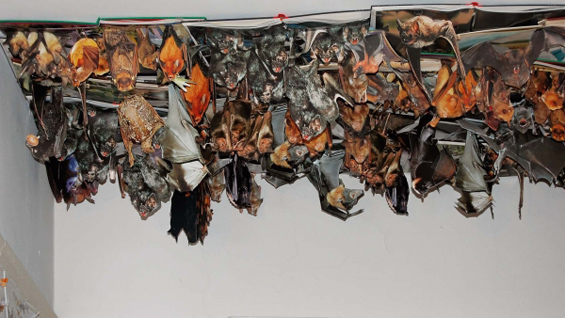 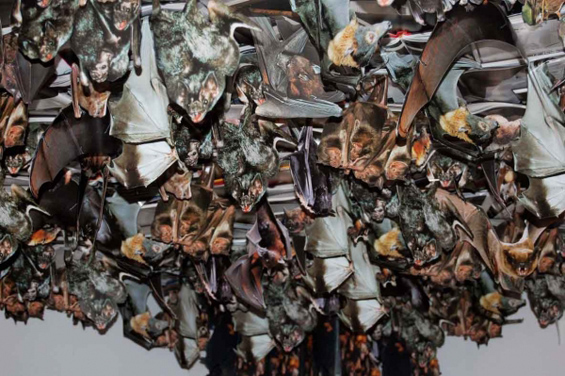 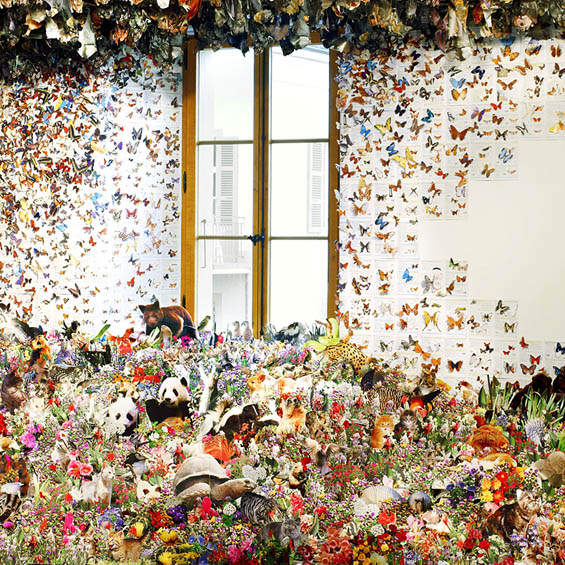 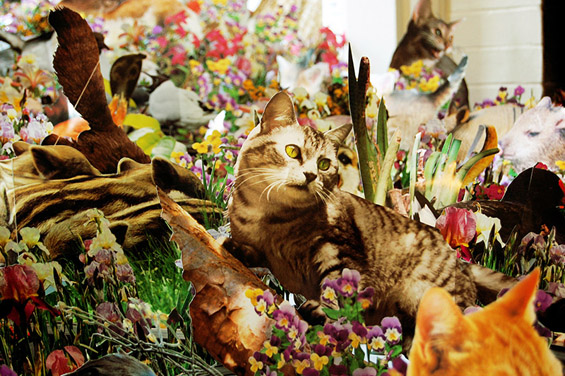 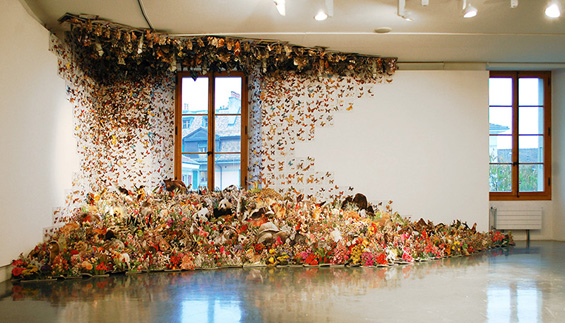 Inspired partly by H. G. Wells’ famous science fiction novel The Island of Doctor Moreau,Mastrovito’s The Island of Dr. Mastrovito and The Island of Dr. Mastrovito II were installed at Governors Island in New York in 2010. Says the Bergamo, Italy-born artist about his work, “His starting points for this site-specific work are the two most common forms of home recreation—books and television. The title of his installation refers to H. G. Wells’ famous novel The Island of Doctor Moreau, in which the archetypal “mad” scientist experiments upon animals in order to give them human traits. In this “Island,” the artist substitutes himself for the doctor, trying to instill a new life into that which was once alive in a different way (books from paper, paper from wood, and wood from trees). Mastrovito imagines that the outside fauna take control of the abandoned house and become its proper inhabitants. Approximately 700 books were brought under the artist’s knife to cut out real-size images of animals. This trompe-l’oeil, or paper diorama, also suggests the strength of images, the infinite possibilities that knowledge—through books—can give us in order to create and re-create the world that we can only imagine.” (via colossal)