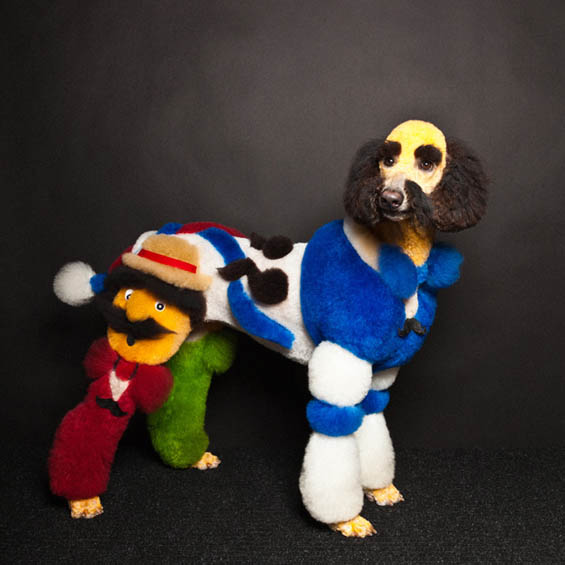 Chances are that you’ve probably never seen a dog made to look like Disney’s Pluto. Well, it exists. Photographer Paul Nathan captured the odd world of creative dog grooming in his series (turned book), Groomed. It features professional groomers who use semi-permanent hair dyes and blowouts to style pets. Last year, Nathan traveled to Intergroom, one of the largest international dog and cat grooming conferences, and documented dogs that look like leopards, flamingos, and even people.

Groomed is strange, unexpected, and even shocking if you’ve never seen a dog made up like this. It might seem a bit cruel to subject these animals to this type of star treatment, especially when it comes to coloring their fur. The photographer explains in an interview with Feature Shoot that the priority is to make sure the dogs are comfortable. “In most cases the colors are done in stages on different days, usually in sessions of no more than three hours with plenty of breaks for the animal.”  He states, later adding, “There is a vast variety of hair coloring products for dogs. They are all non-toxic and semi-permanent. Depending on the kind of coat the dog has it can last from a few washes to a few months.” 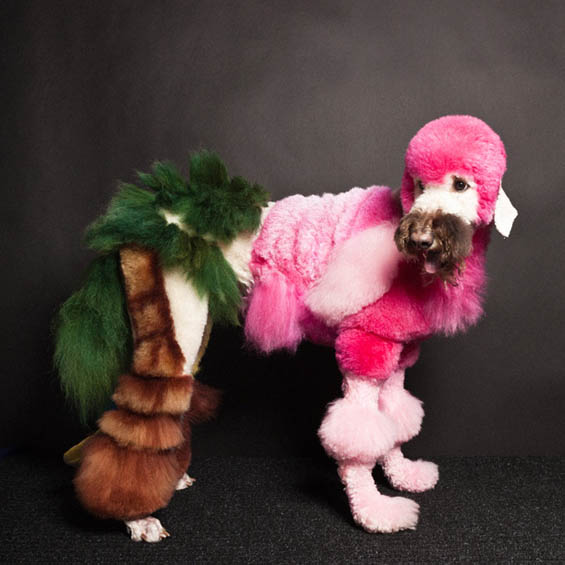 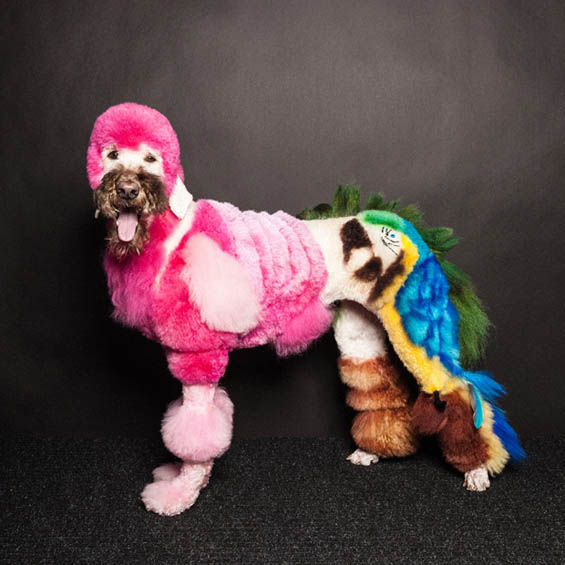 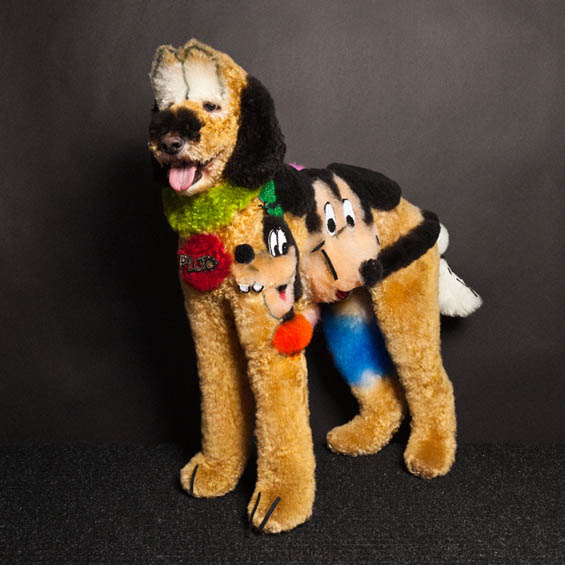 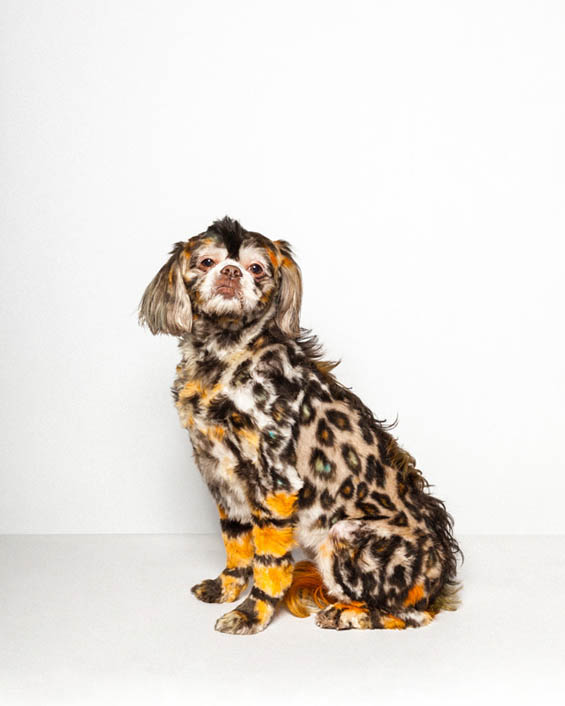 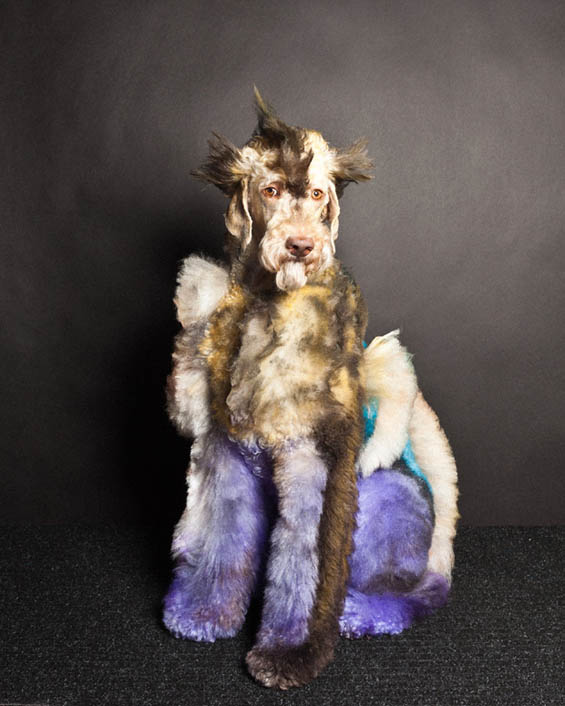 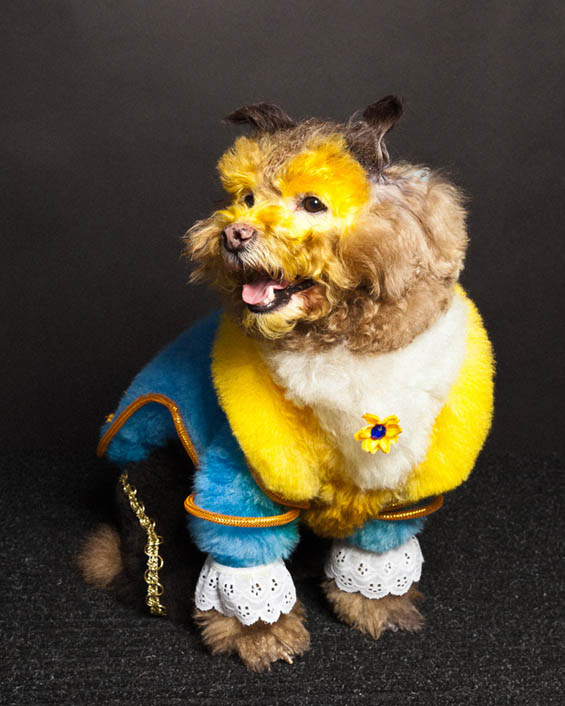 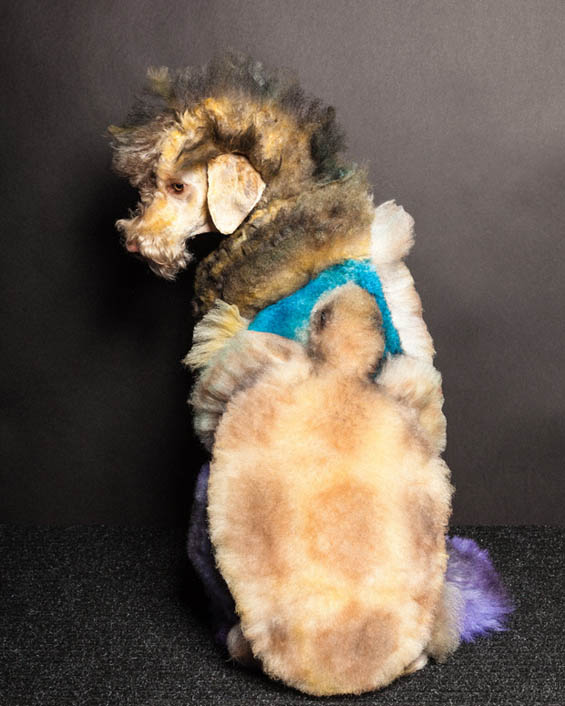 With that off your conscious, you can focus on how amusing these dogs are. They represent a relatively unknown subculture in grooming, and it’s only at events like Intergroom where groomers flex their creative muscles. They are responsible for their designs and take pride in them. And, the campy fun doesn’t end there –  the people are often dressed to match the dogs they’ve styled. (Via Feature Shoot)

Photos of Ballet Dancers Posing Amidst Clouds of Colorful Powder 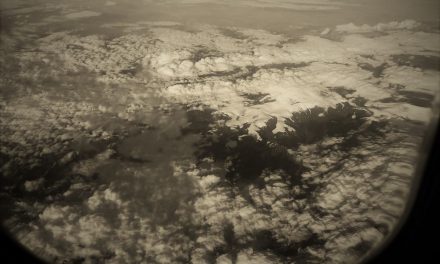 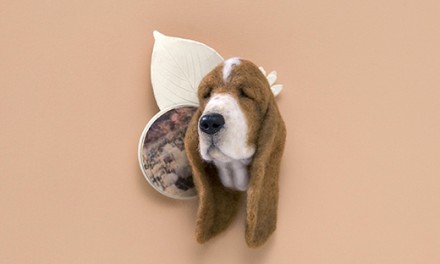